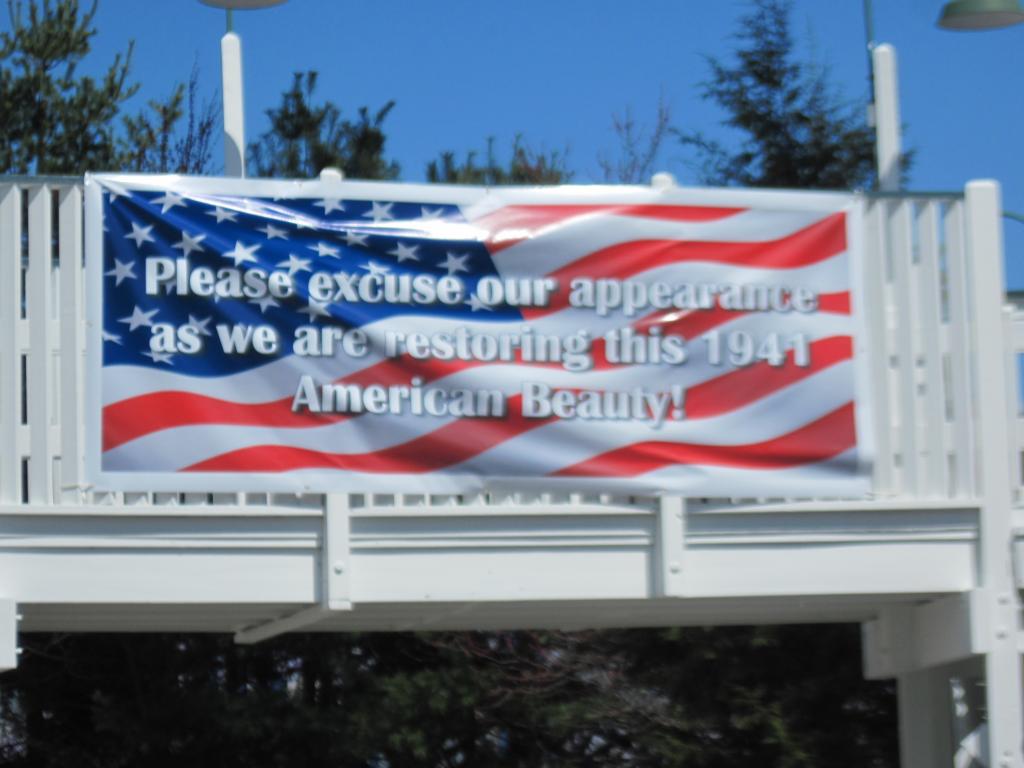 Thunderbolt at Six Flags New England is finally being painted for the 2013 season. We’re going to cover the whole painting process since they are painting it while the park is open. The following pictures were taken during opening day. Nothing has changed since then because the park has been open for Spring Break, therefore they can’t paint the coaster. Let’s get to the pictures: 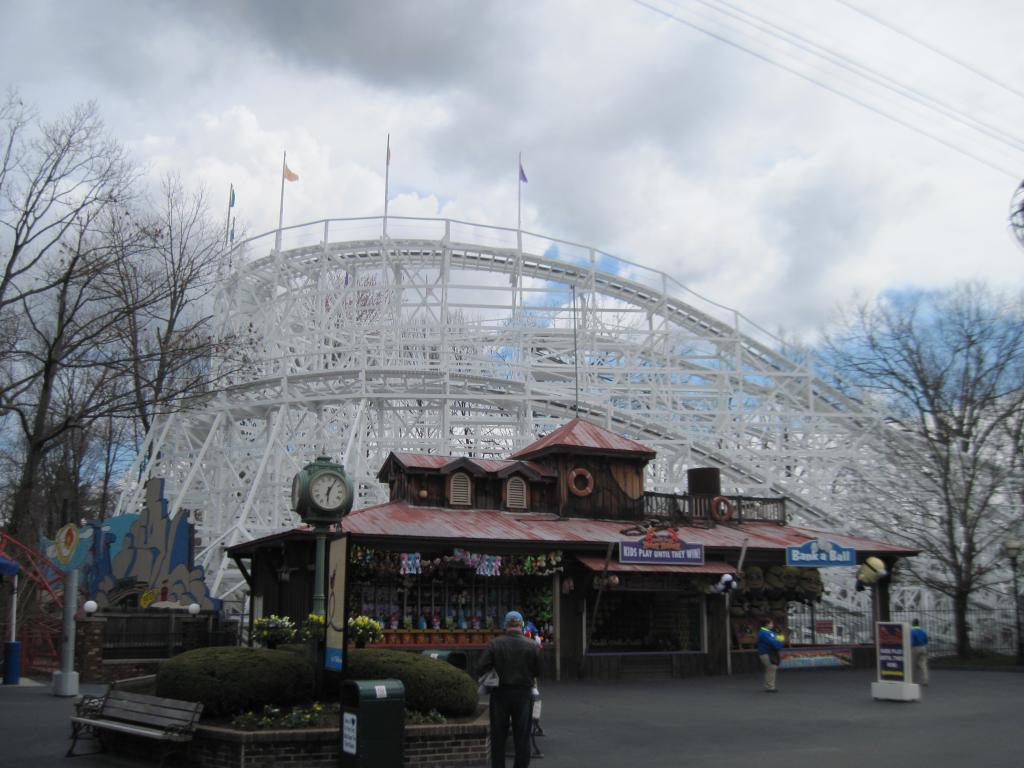 So the first picture above shows off how white Thunderbolt is. When looking at the unpainted sections (you will see pictures later in this update) it is hard to believe that the park waited so long to make it look new again. The picture below shows that Thunderbolt is indeed running. It looks like the park has opted to run the maroon train to start out the season. 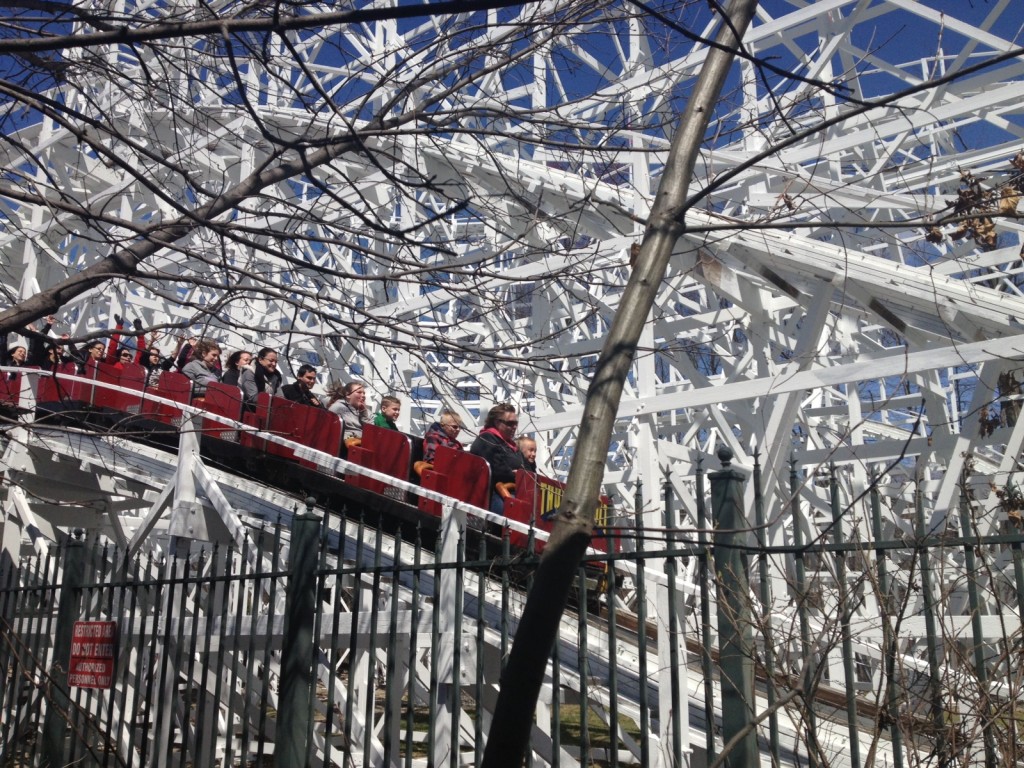 Fun fact – half way through the season SFNE usually changes trains for Thunderbolt. They have two trains for the coaster even though it can only run one. The second train is blue. Another fun fact – Six Flags New England bought the current trains from PTC (Philadelphia Toboggan Coasters) in 2009, the same year that they purchased new trains for Superman: Ride of Steel (now known as Bizarro) from Intamin. 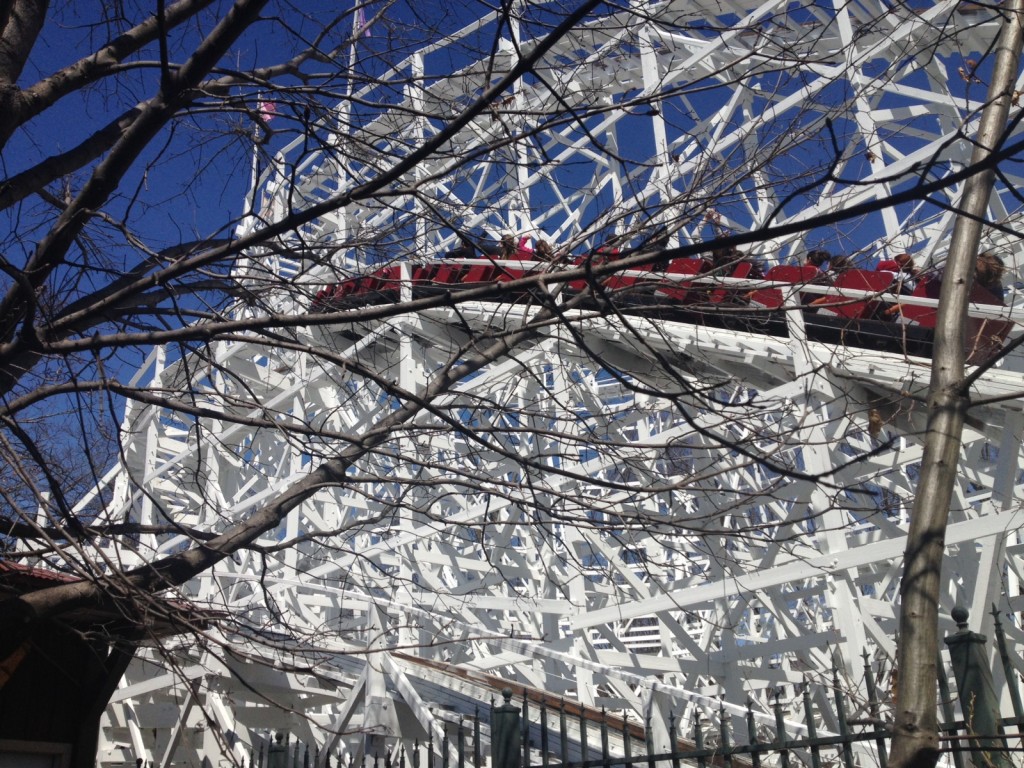 Enough facts. More pictures. In the picture below you can see that they have already repainted the station. Even the support beams that hold up the station roof received a new coat of paint. 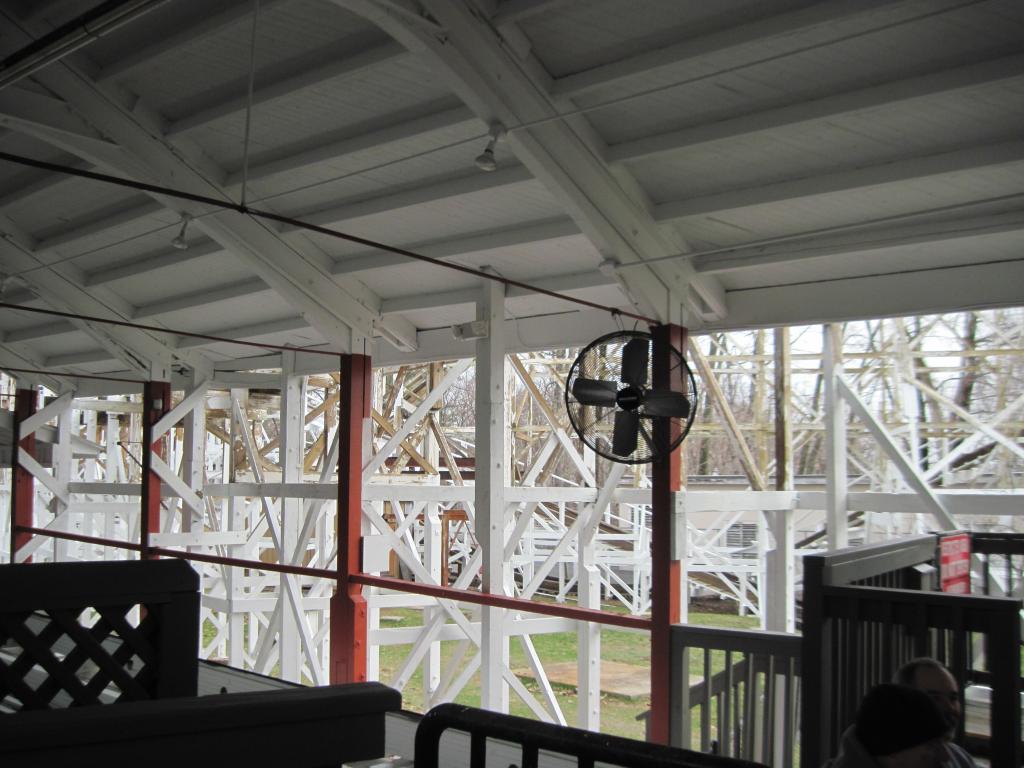 This is another shot of the station. If you look in the background, however, you will notice the sections that haven’t been painted yet. 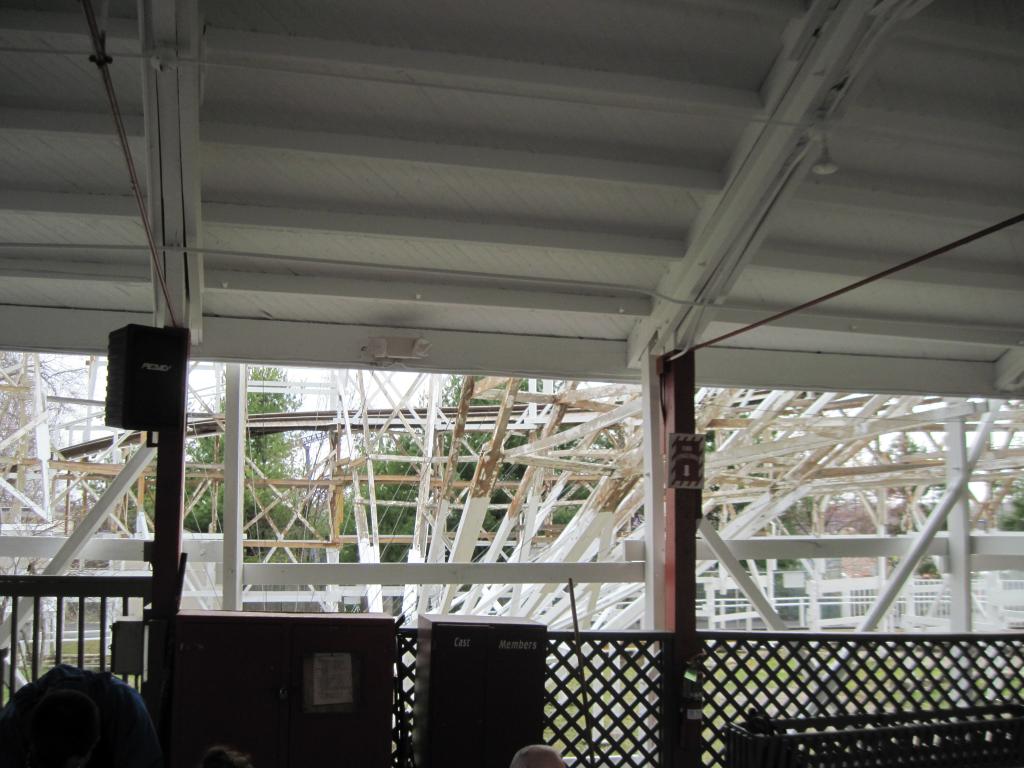 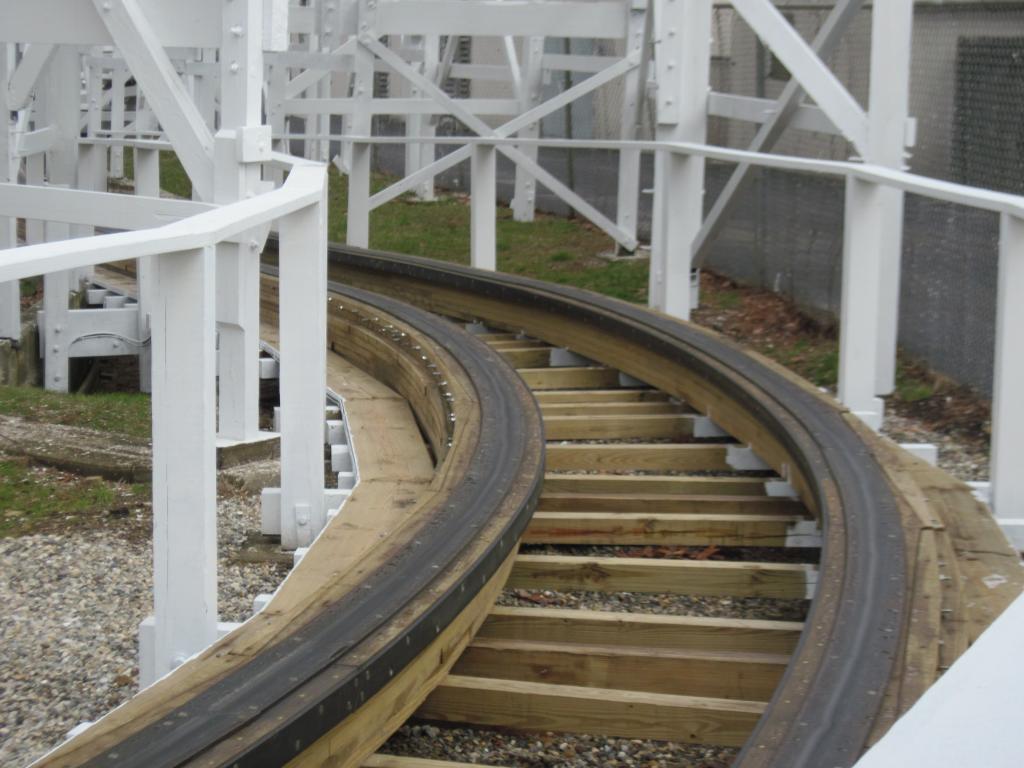 Here is an overview taken from the New England Skyway. At the very right edge of the photo you can see where the newly painted track sections end and the unpainted sections begin. 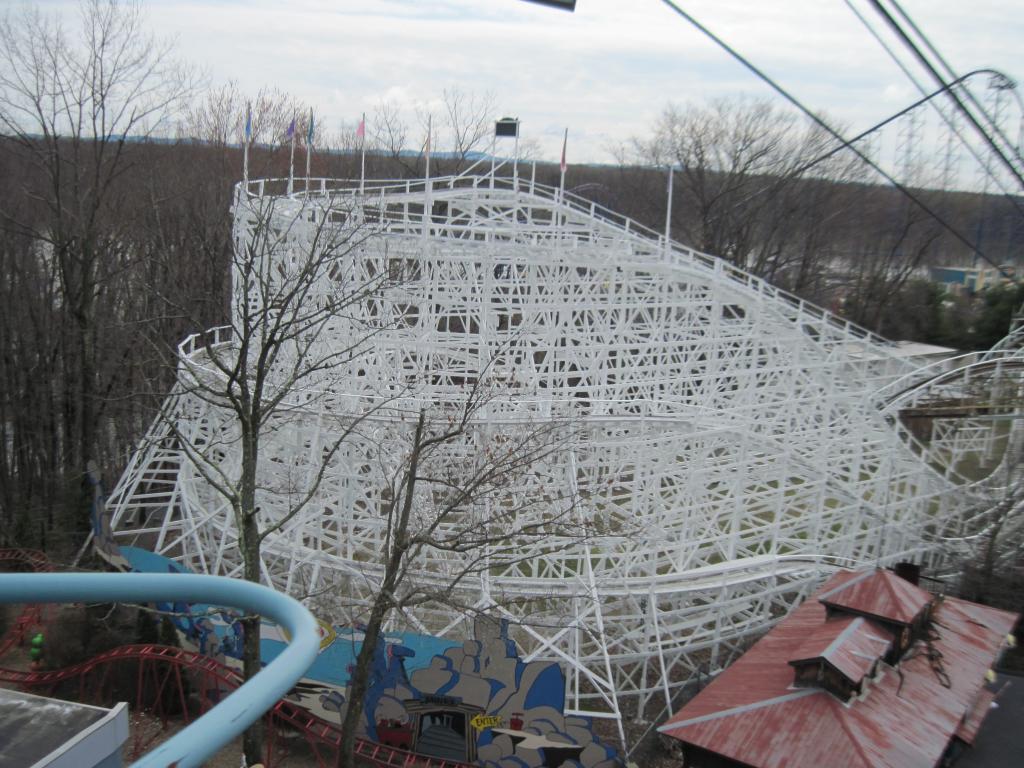 You can see that they have started to paint the rest of the coaster from the bottom up. 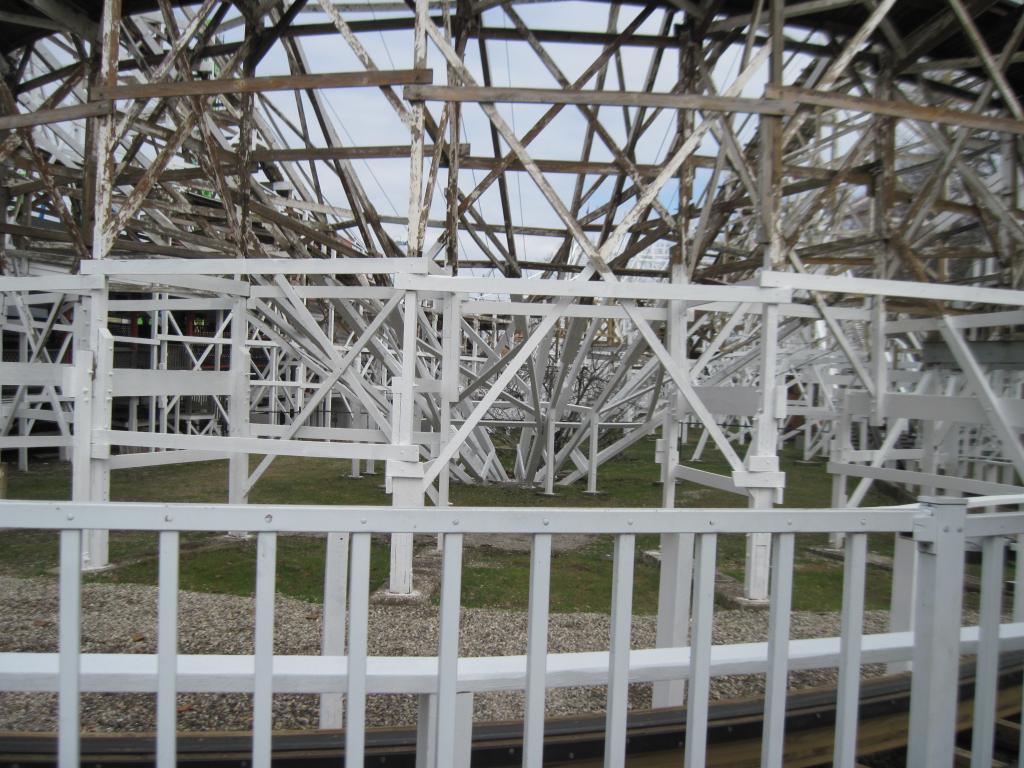 The next two pictures give you a good look at how much is left to paint. 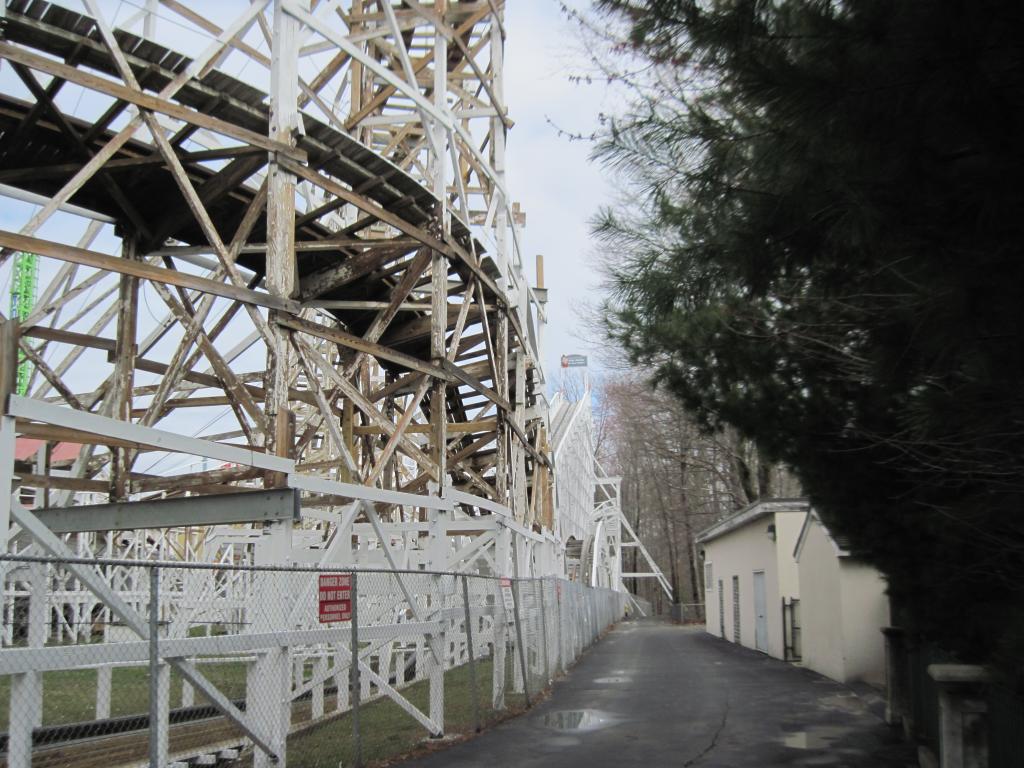 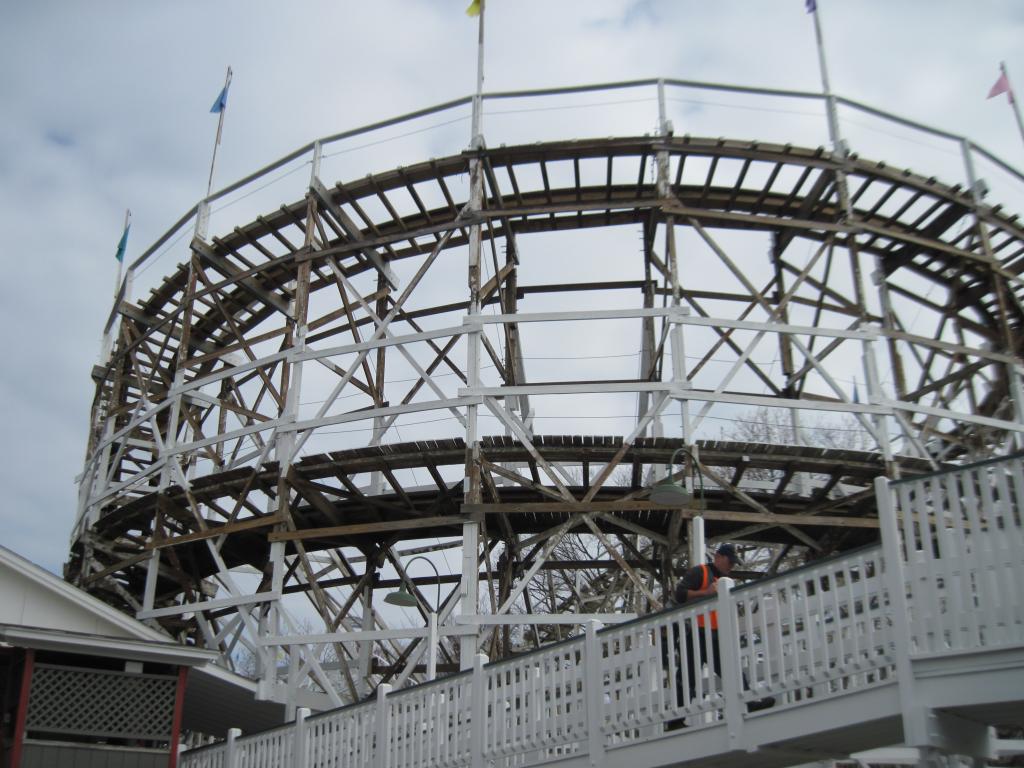 You may have noticed it in the above picture, the exit/Flash Pass staircase has been painted. 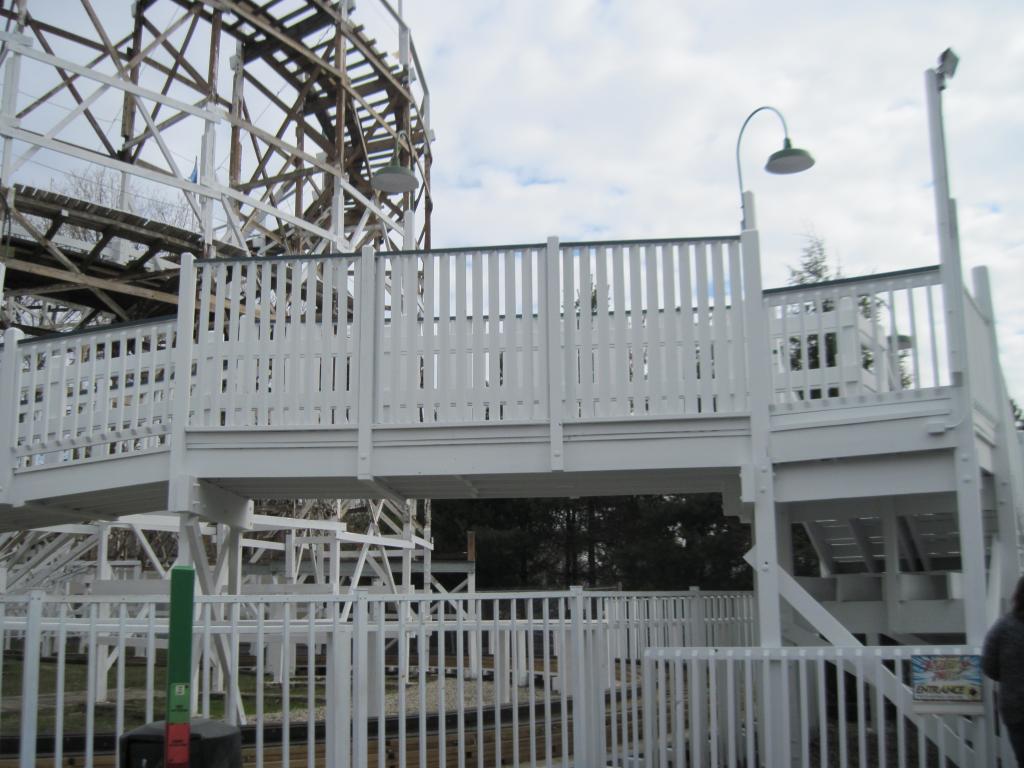 SFNE Online members giving two thumbs up for the repainting of Thunderbolt! 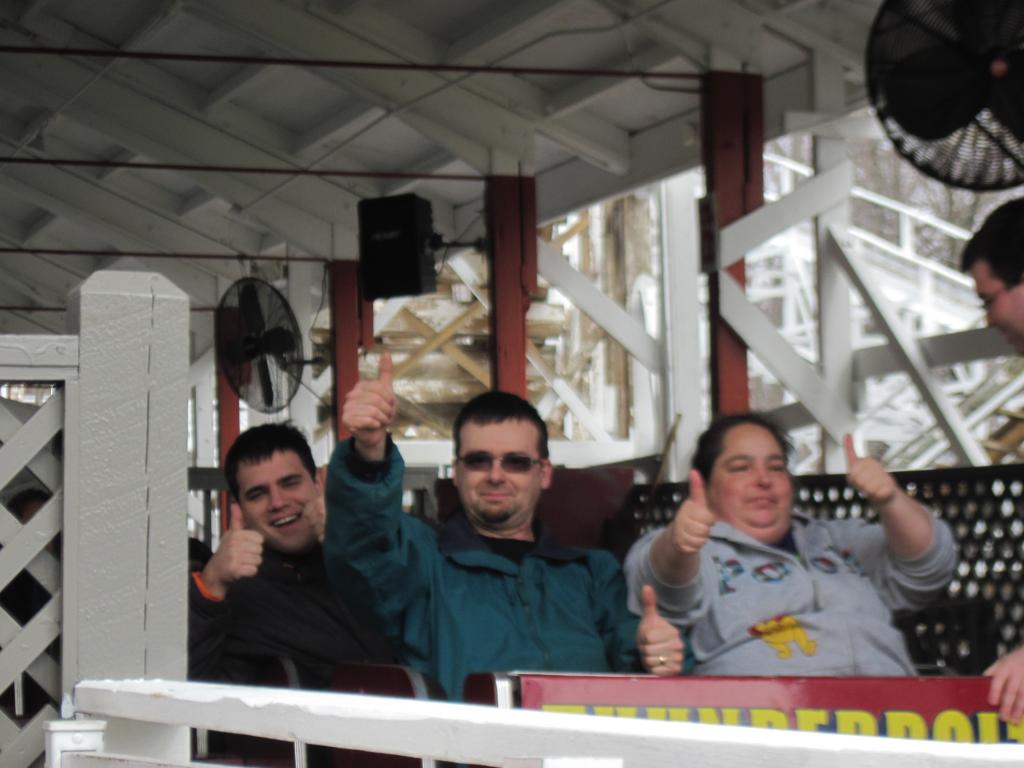 This wraps up our first update. We will definitely be posting more of these as the painting progresses – so stay tuned to SFNE Online. What do you think? Are you as stoked as we are that Thunderbolt is finally receiving some TLC?