Larry here. Water Wizz’s new slides are under currently under heavy construction now – here are some photos taken this past month of the two slide towers going up. At the end of the post you will find a video update that we filmed at the end of month with the General Manager of Water Wizz, Rebecca Kells. 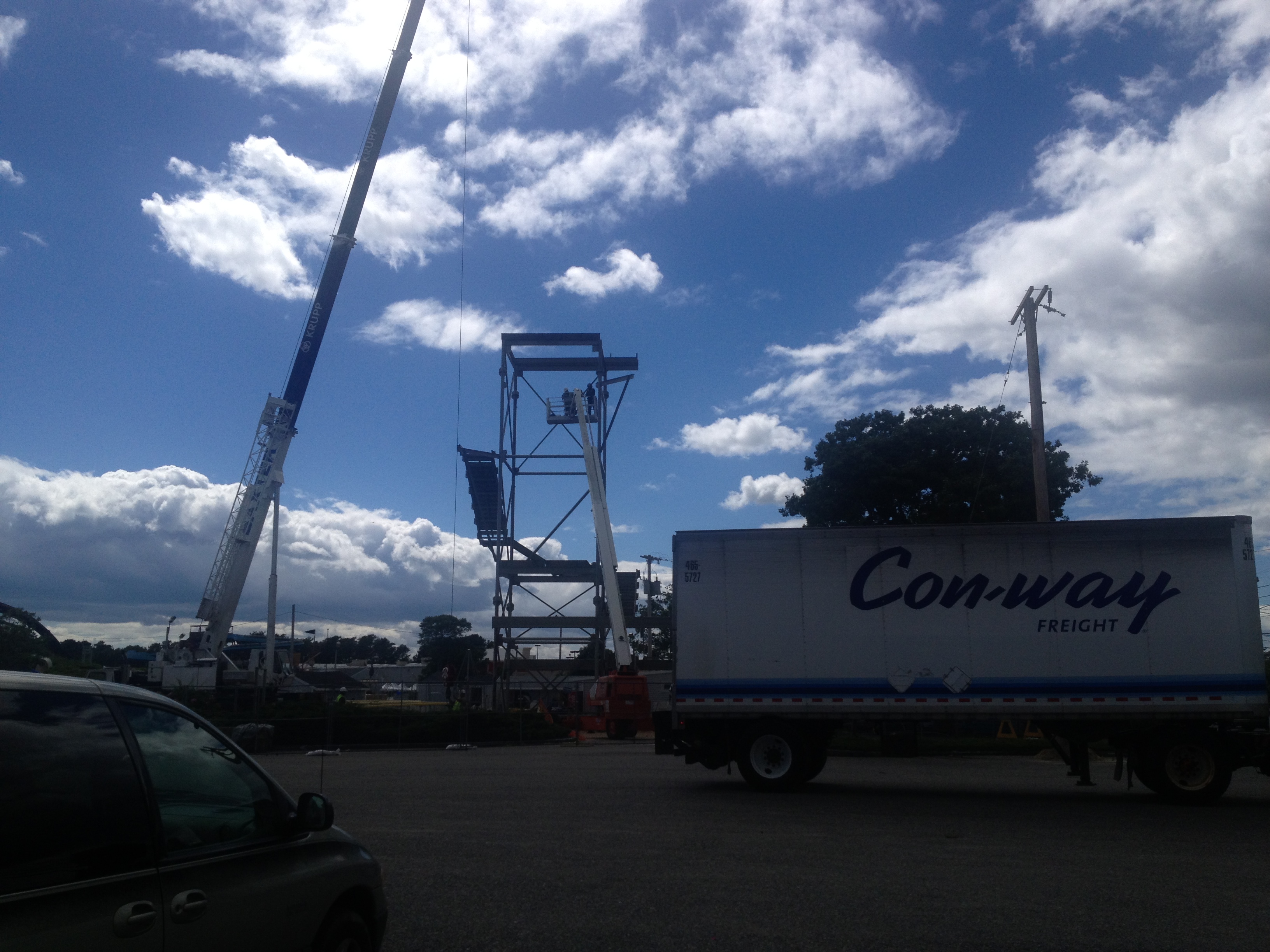 This is a side view from the parking lot. This tower will be a new landmark for Water Wizz seeing as it’s right at the entry way. 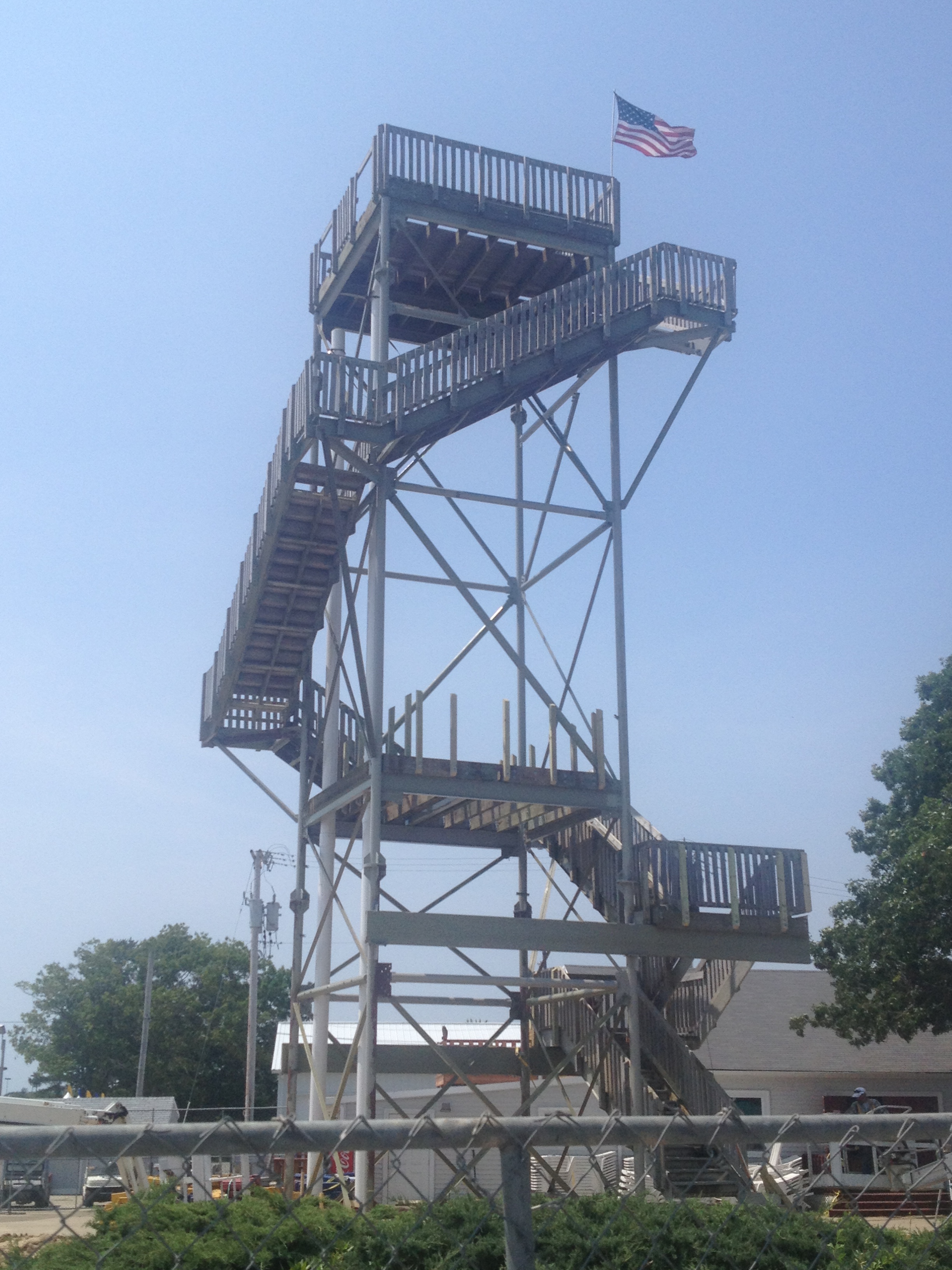 The tower is 60 feet tall, attached to it will be two freefall water slides. Exciting! 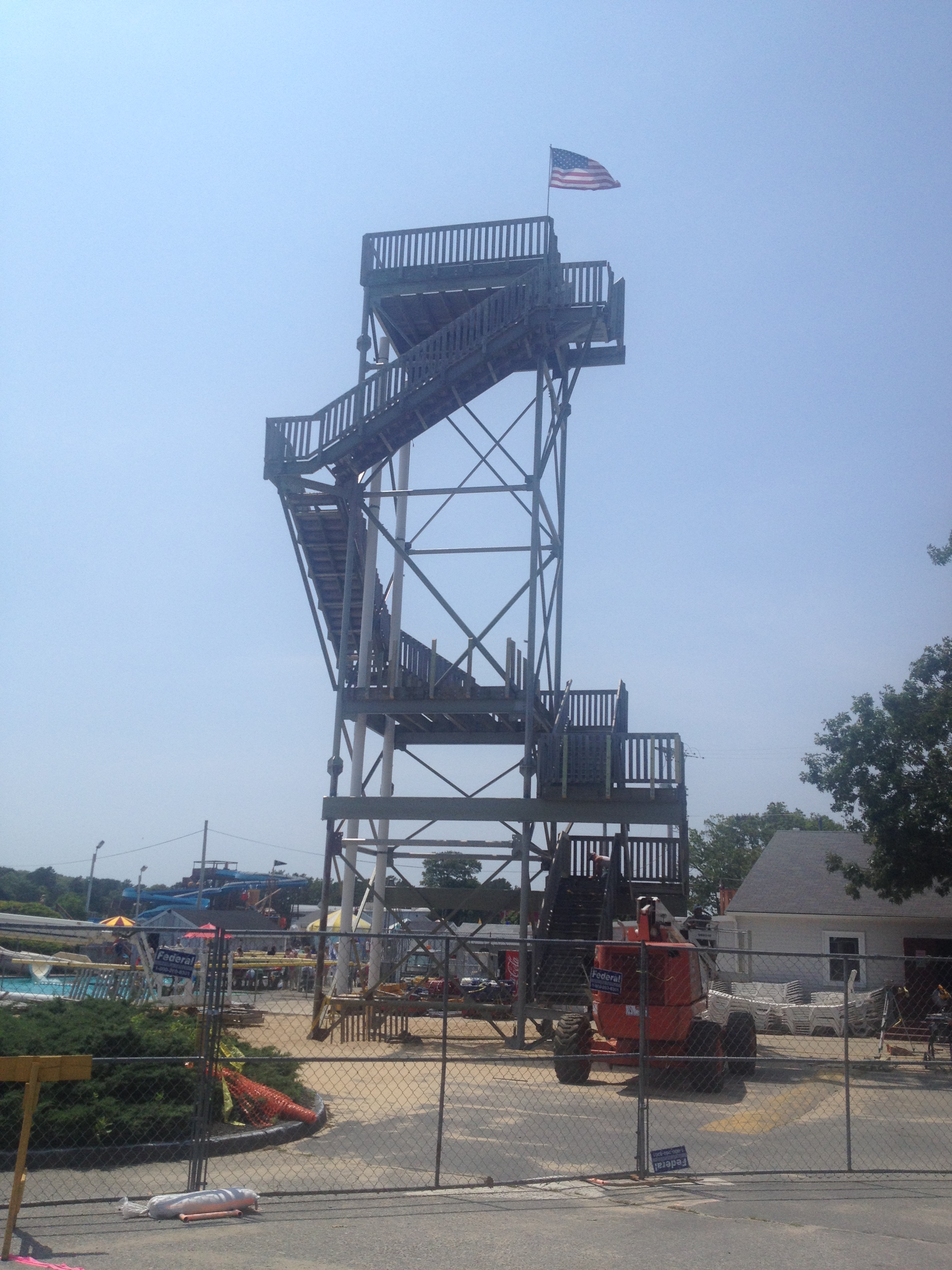 The two orange and blue freefall slides will drop from the left of the tower down where the entry way to the park used to be. The water park’s perimeter is being extended to accommodate the two new slide towers. 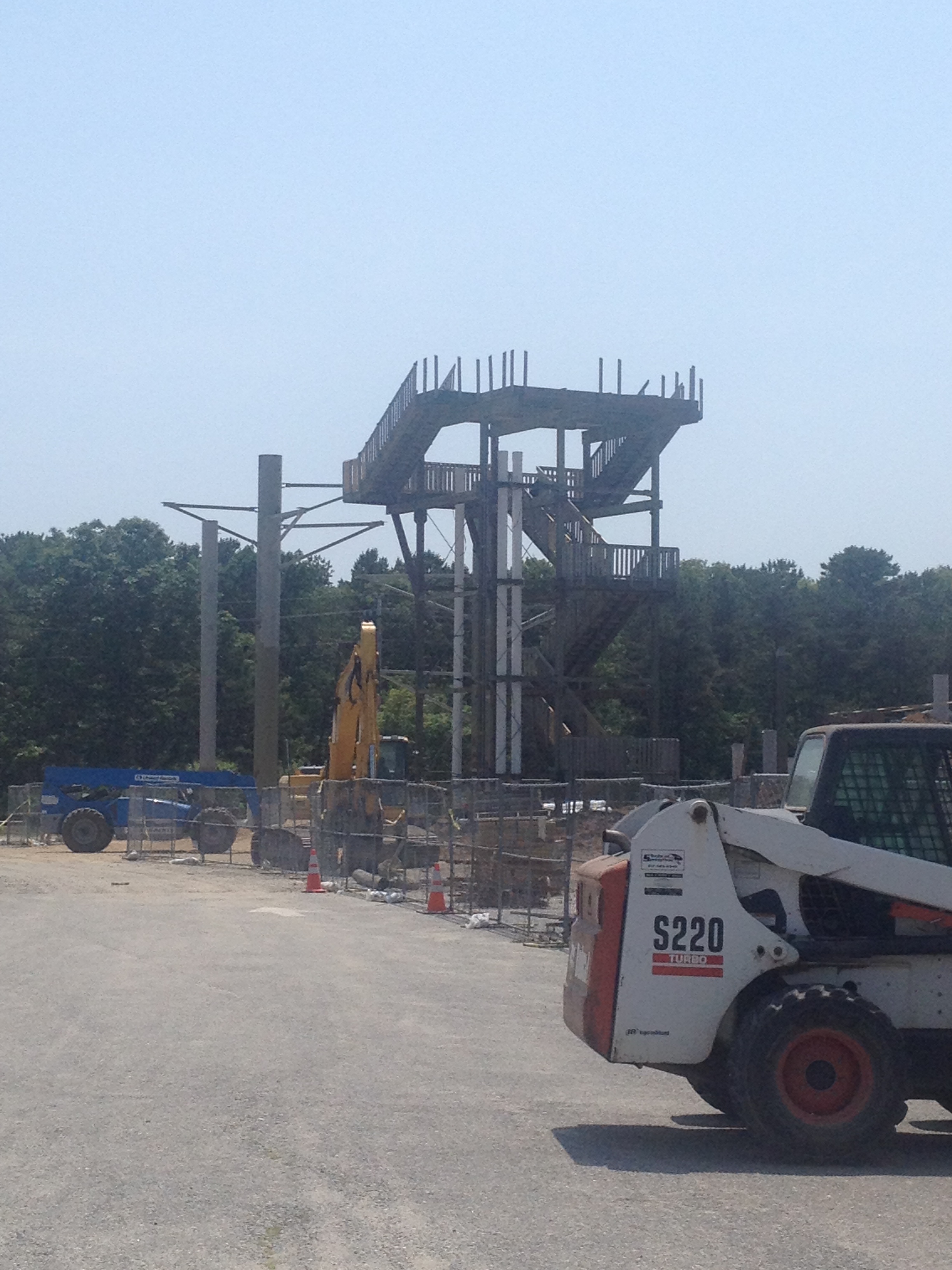 This is the second tower. It will consist of three double rider tube slides. 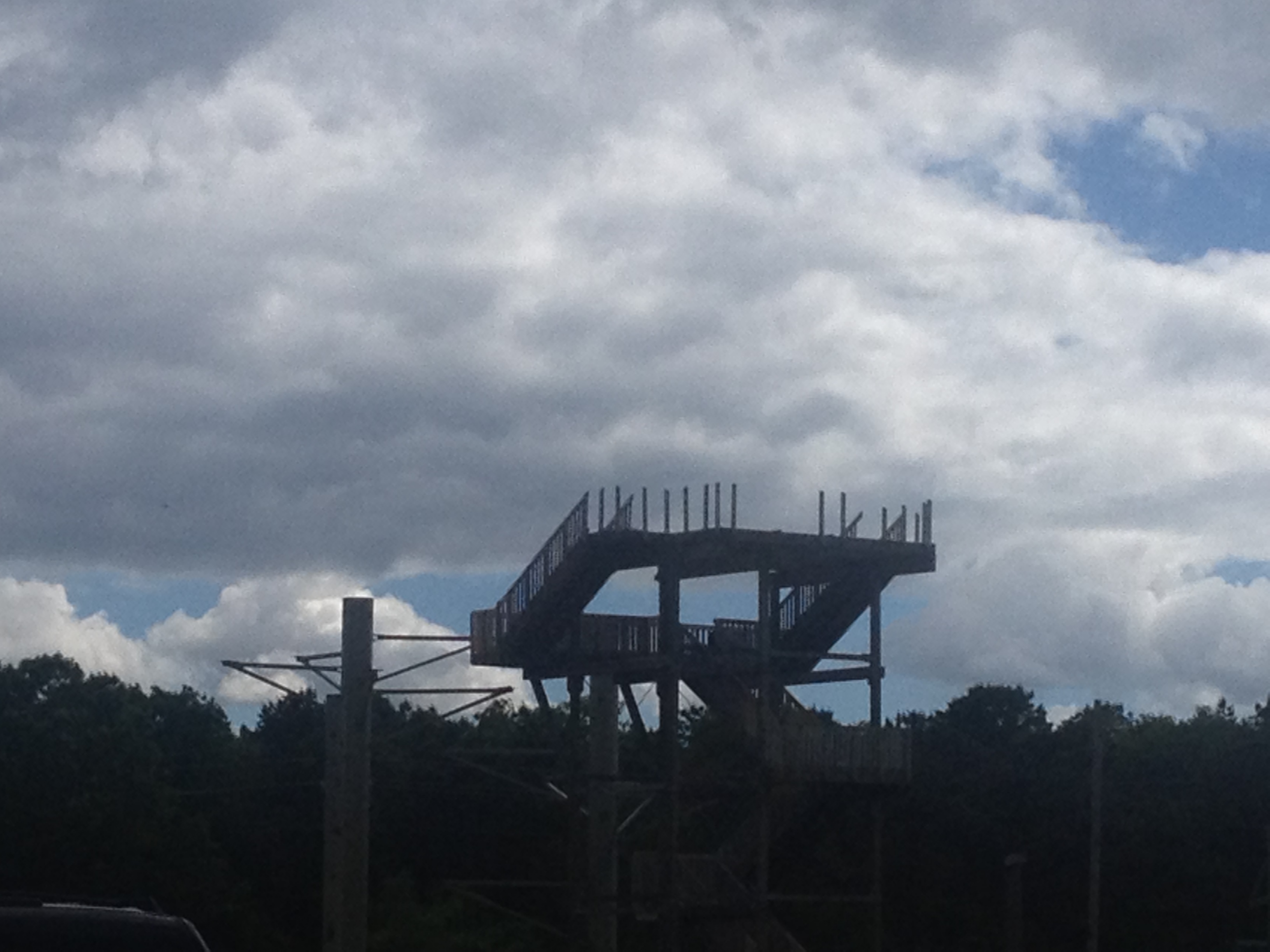 Both of the towers came from a now closed water park in Michigan called Thunder Falls. To pay tribute to that water park, Water Wizz has elected to name the three tube slides after the closed park. To learn more about Thunder Falls and to see pictures of the two slide complexes head on over to this post where we talked about it.

At the end of May we were invited to take a construction tour by Water Wizz’s General Manager, Rebecca. Unfortunately due to all the events at the beginning and middle of June we were unable to edit it and upload it to YouTube. We just got it up yesterday. Check it out below. Also, be sure to like Water Wizz on Facebook because they’ve been posting lots of great updates!