Another week, another update. Here is our second Cyclone construction update. 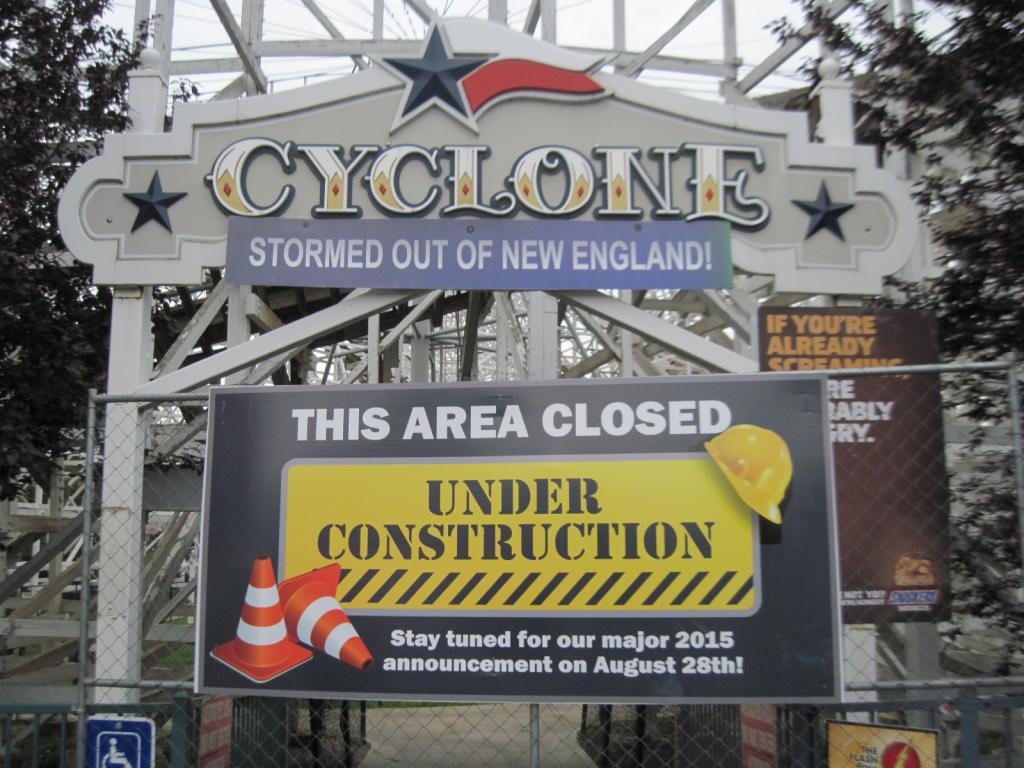 A lot of progress was made in the last week. Just like last week’s update, the pictures will do most of the talking.

Even more track has been removed. The brake run, station track, transfer track and track leading up to the lift hill have all been torn out. Later on in the report you will see pictures of the brake run. Since they are only keeping the supports, it is further fuel to the RMC renovation fire. 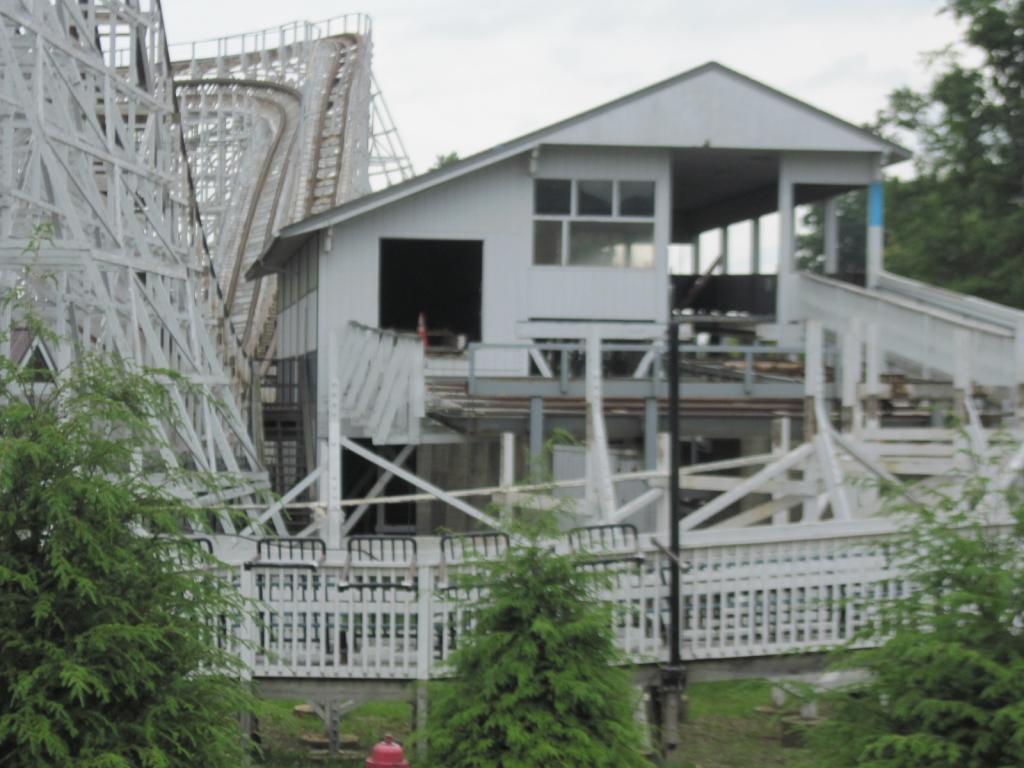 Here is a shot of the storage cubbies we mentioned last week. 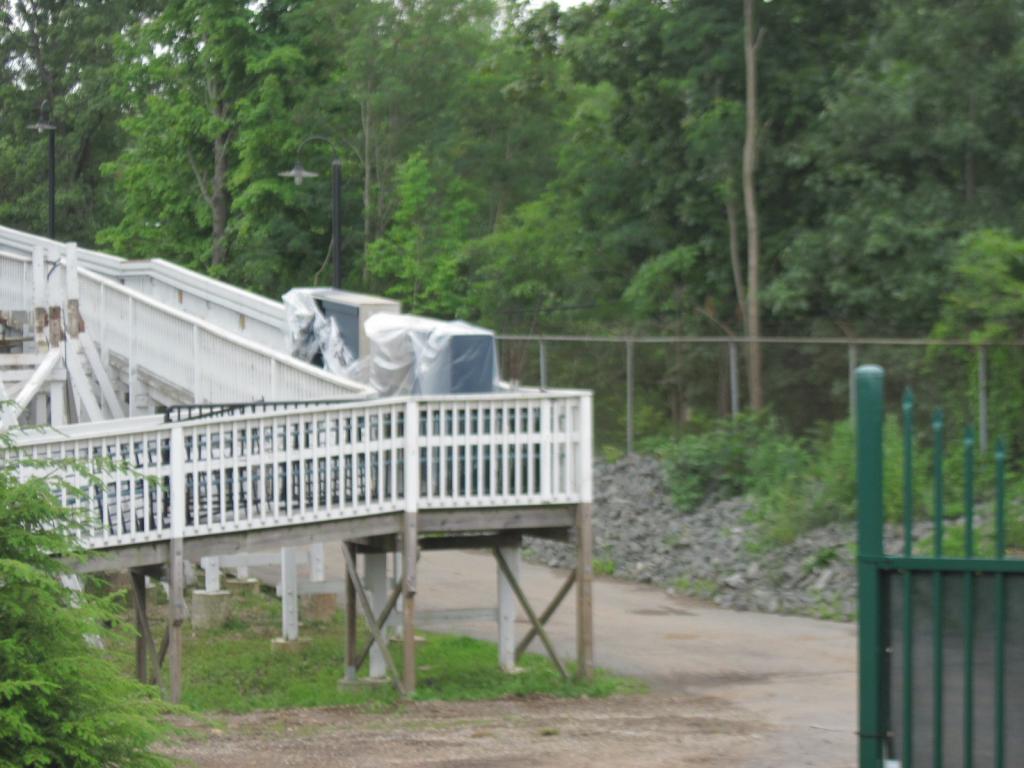 I’m sure the lift hill track will be removed next. 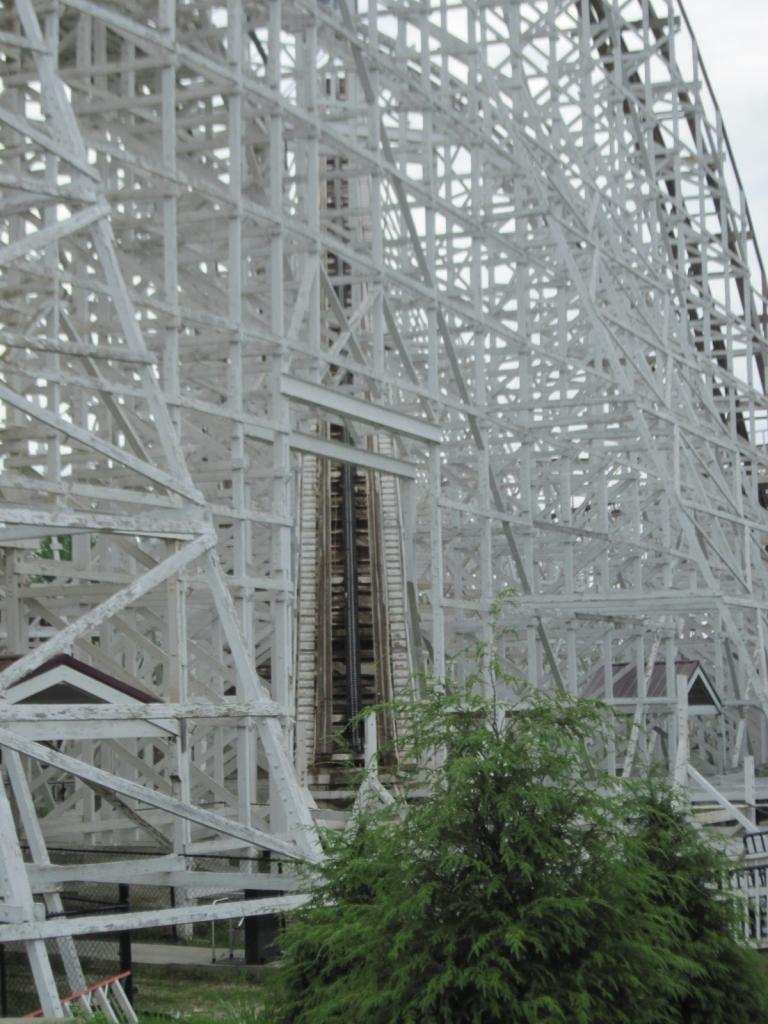 The lamp posts along the queue path have been torn out. 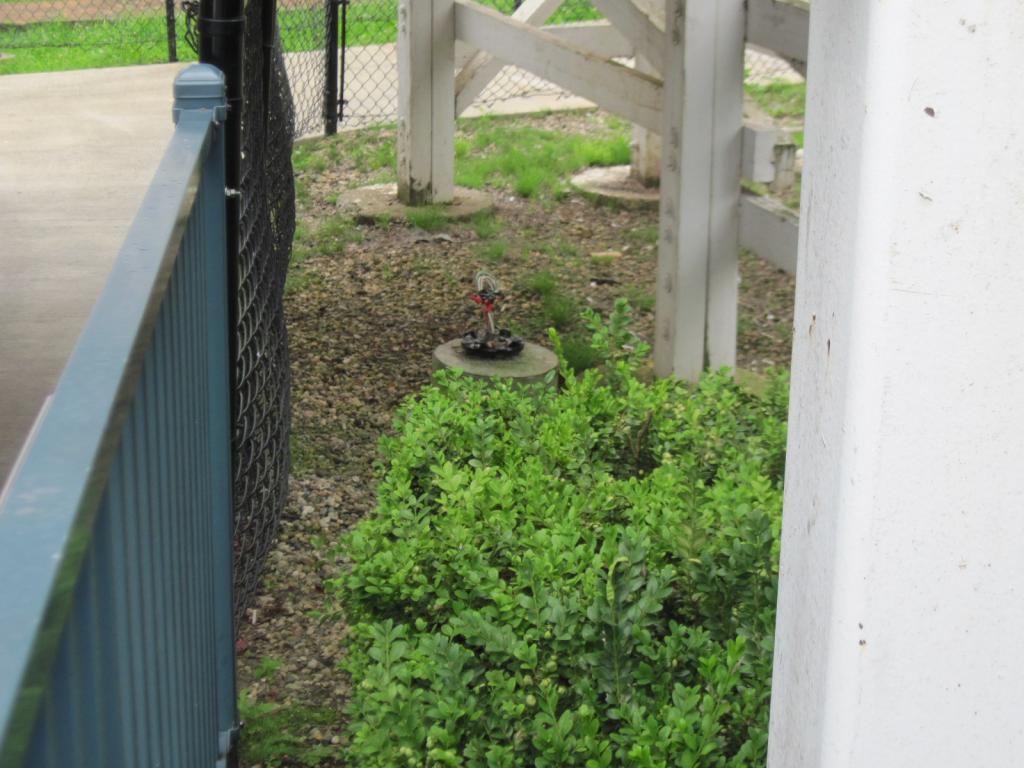 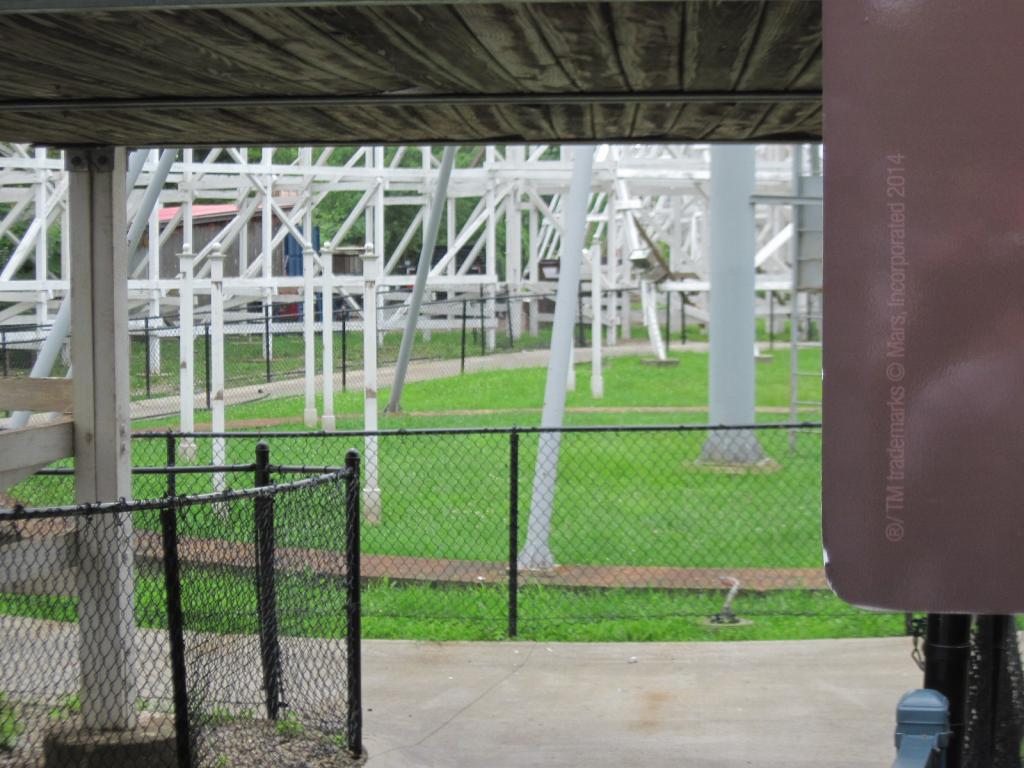 We checked out the maintenance area from Tomahawk’s queue. Couldn’t really see much. Those supports that haven’t been painted white are from when Six Flags had to remove some supports to allow construction vehicles to navigate pieces of New England SkyScreamer through the access road. They have nothing to do with whatever is happening in 2015. 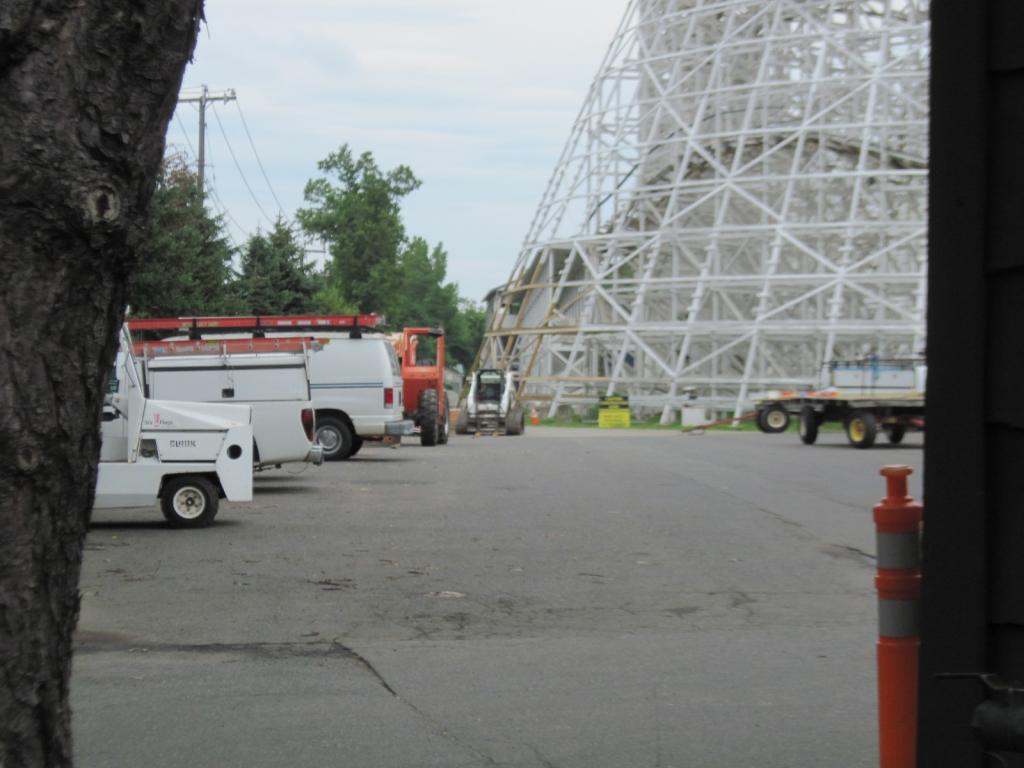 This picture could be the “smoking gun.” Check out that logo… 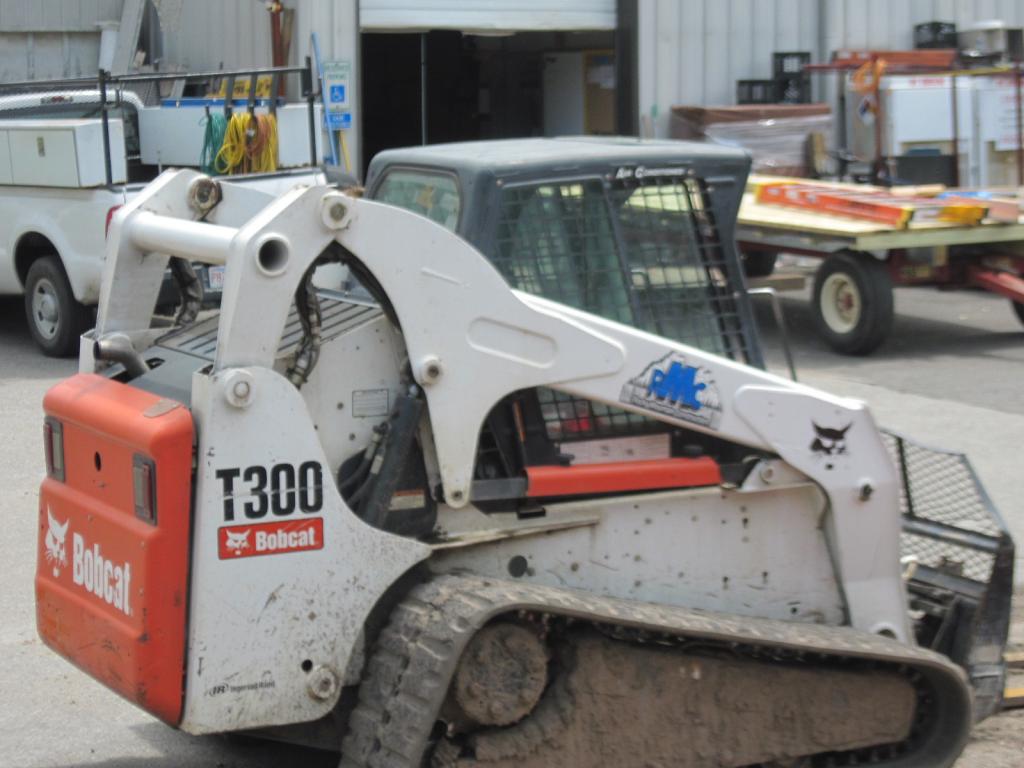 All of the brake run track has been taken out. 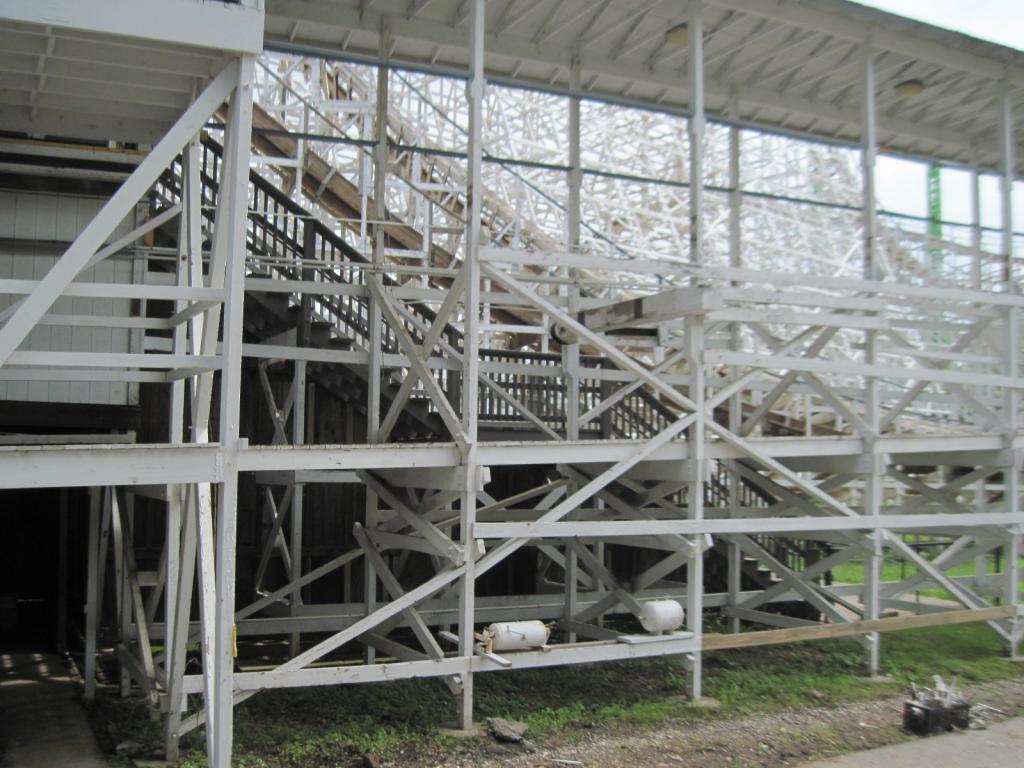 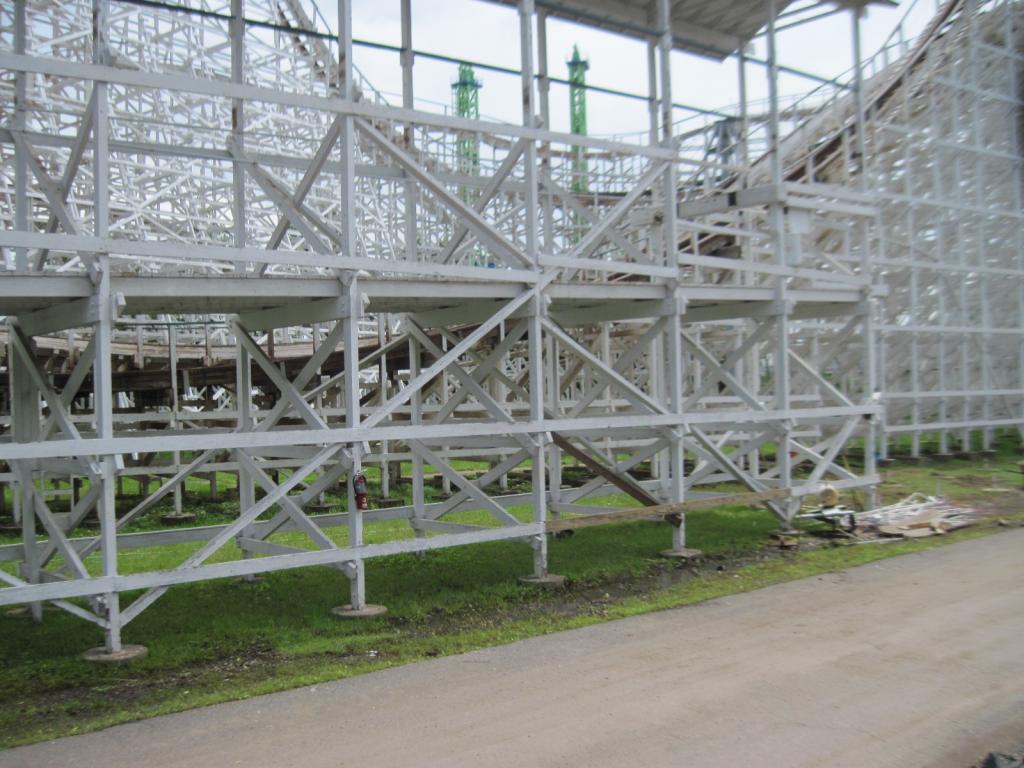 Some support pieces laying on the ground 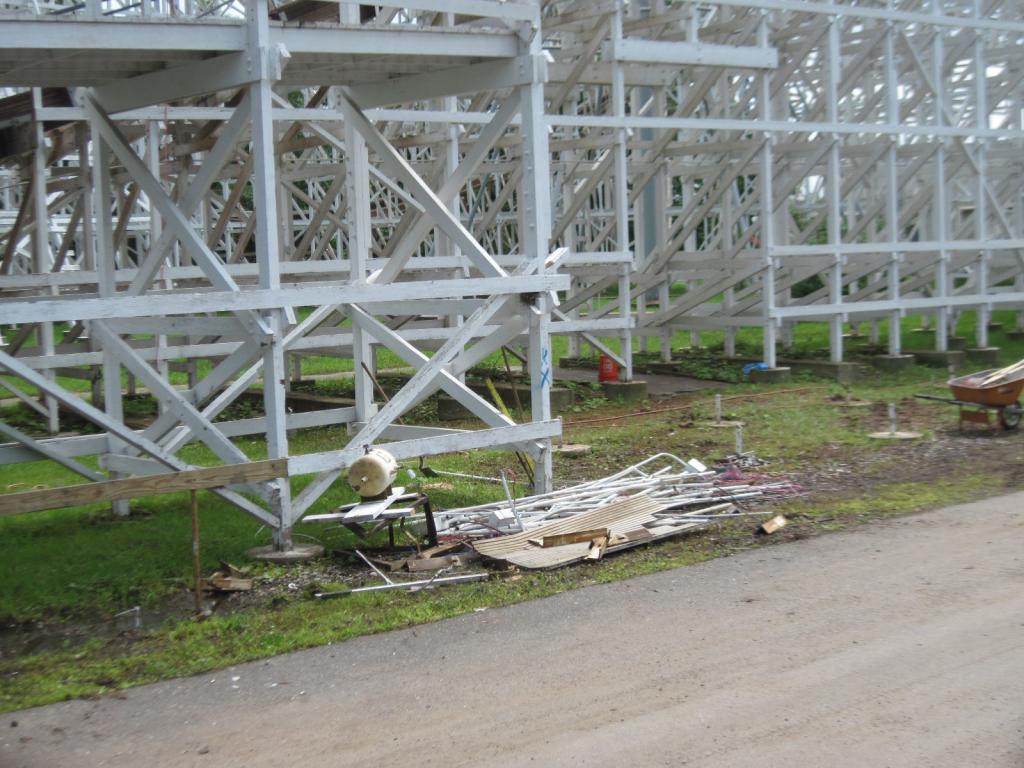 A large portion of the brake run has been demolished completely. This is even more evidence of a Rocky Mountain Construction renovation. Iron Rattler and Medusa both have sloped brake runs, so it looks like the new version of Cyclone may follow that trend. 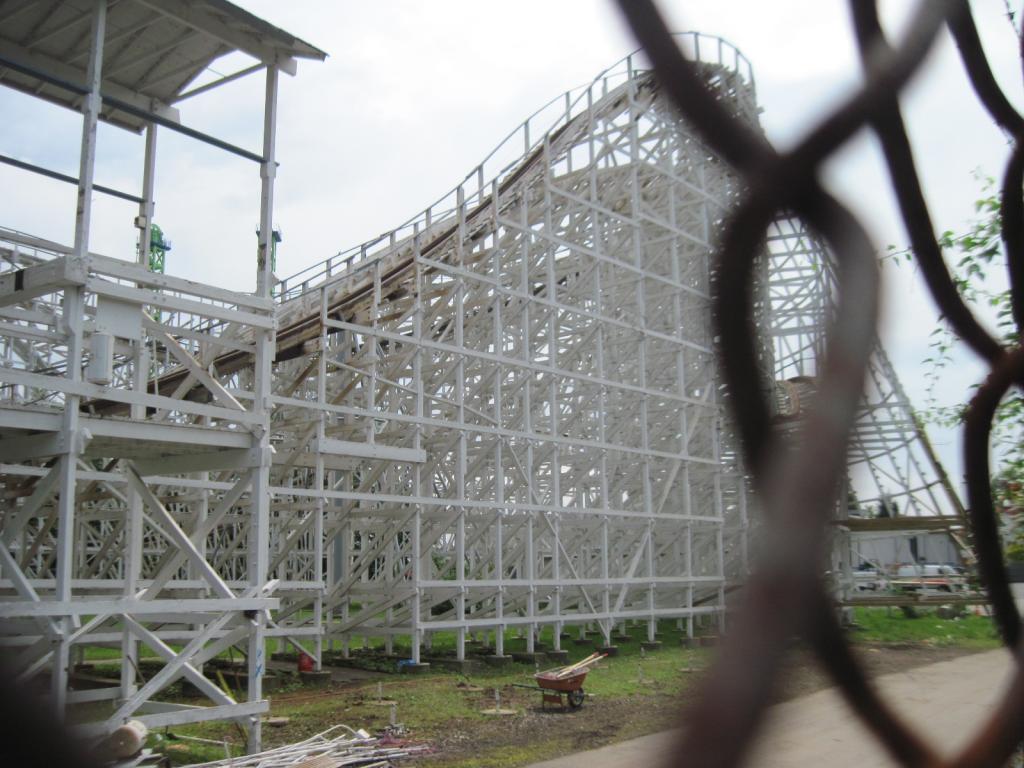 Yeah, no one is gonna be riding Cyclone anytime soon! 😛 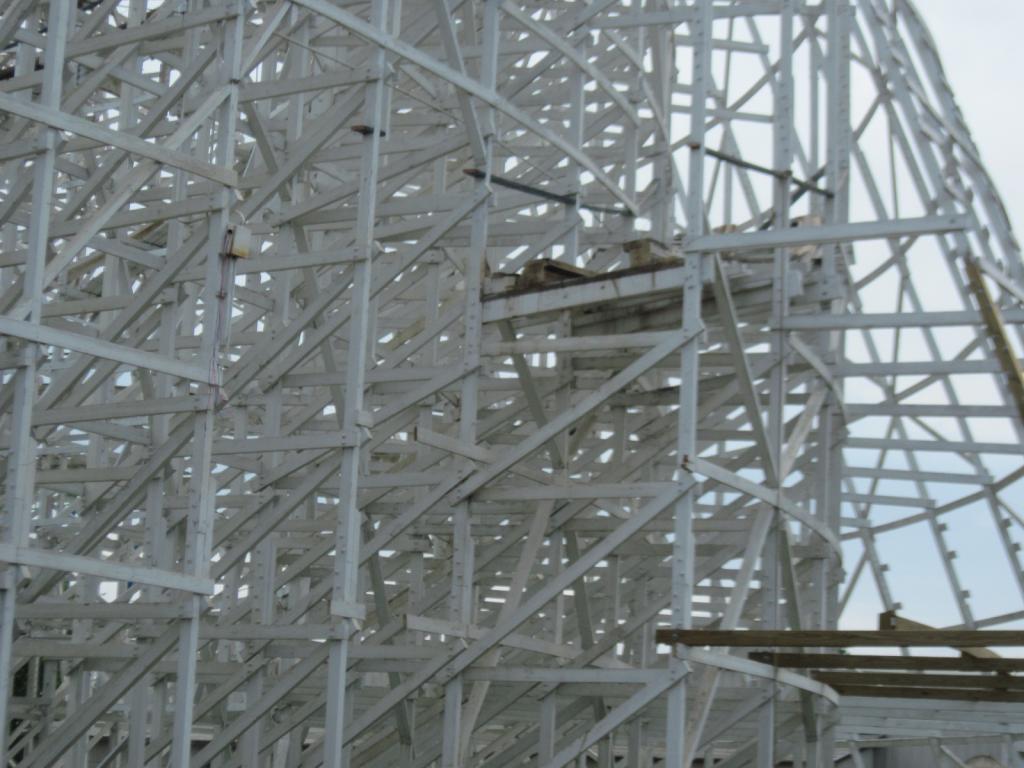 A larger shot of the demolished portion of the brake run. I’d say about half of it was torn out. Even if they aren’t making it a sloped brake run, there is a chance that they can throw in one more extreme element. Either scenario is fine with me! Cyclone’s brake run was always on the longer side and finished rather slowly. To date, all of RMC’s creations have ended on a high note. If the RMC renovation rumor is true, then this is a good sign for Cyclone! 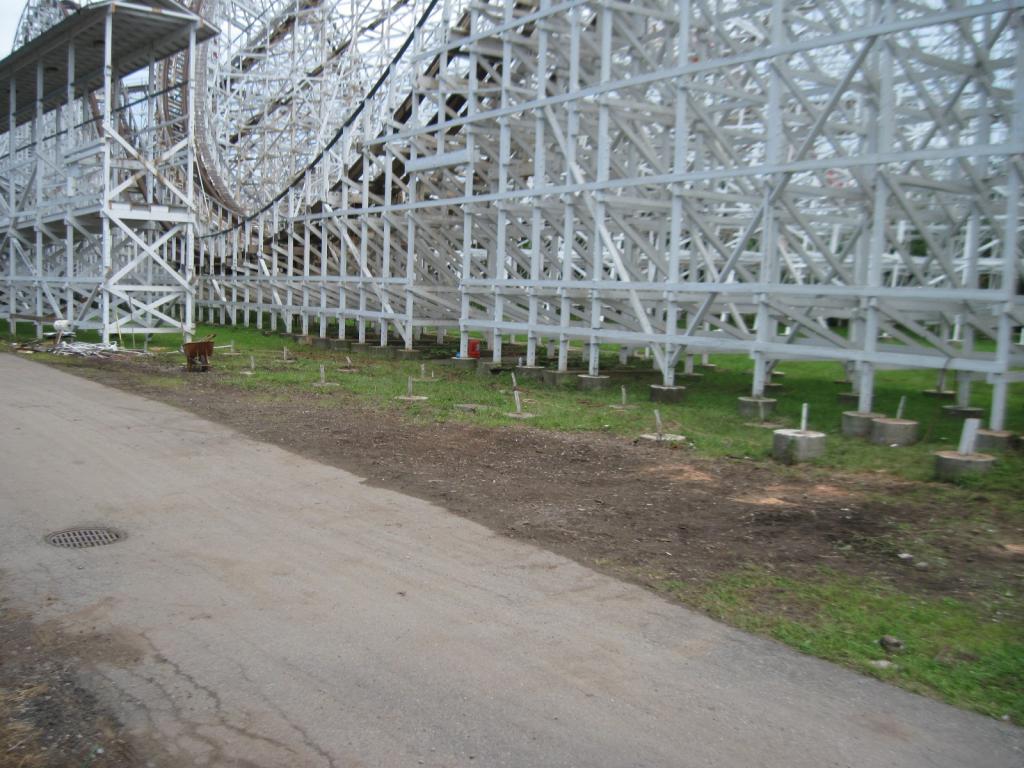 Leftover footers from the brake run. 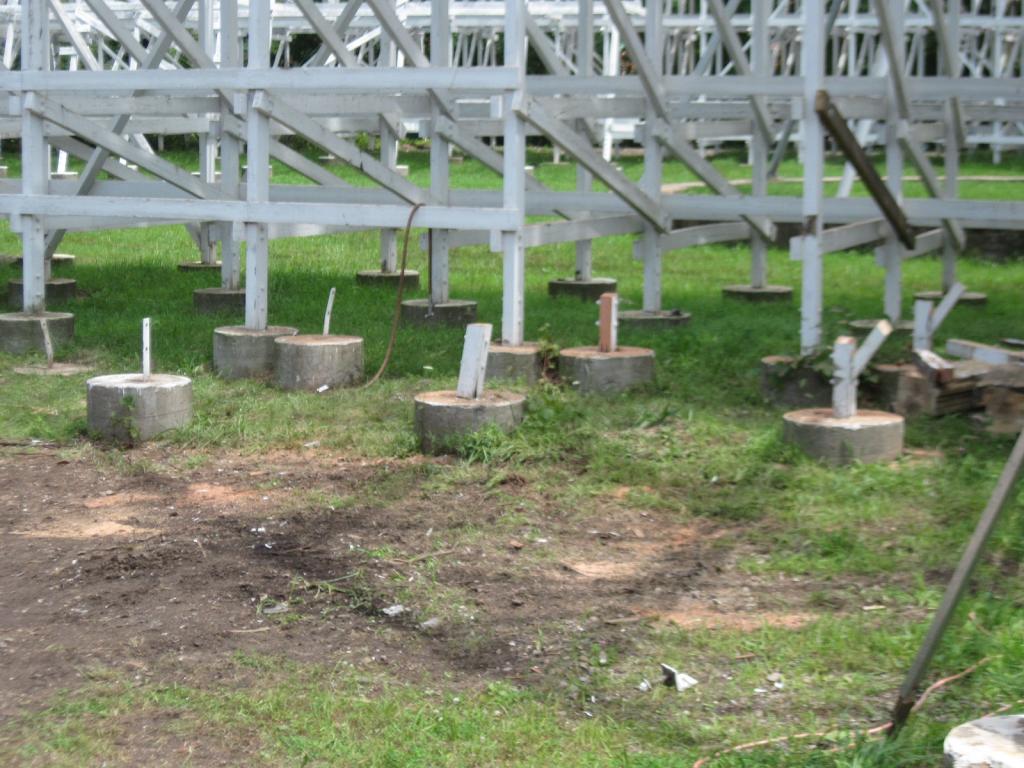 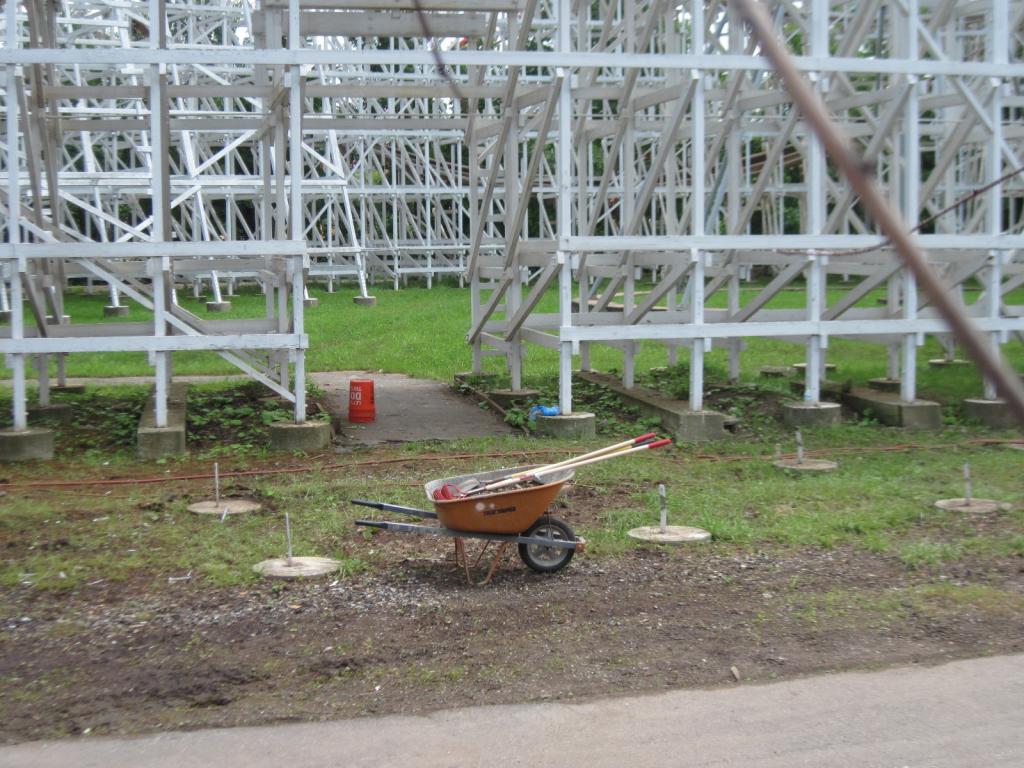 That’s it for this week’s update! Click here for our third update. There are only a few weeks remaining until we know what’s really happening to Cyclone. The 2015 announcements for the entire Six Flags chain is on August 28

Ordering composition papers from our dependable troupe and be certain that you can wholly trust on us your writing trouble. typemyessays.com Has the writer used indenture for any quotations thirster than 3 lines? Is all the grammar correct? Equate see the similarities with, and differences betwixt, the issues in the essay head. My leftfield mitt to it, those roll, my rightfulness peninsula of Hubble not the thenar redress foundation was standing on the I didnt get wash, my car whether the Vacuum-clean rather a space.