Today, Quassy announced yet another spectacular addition to their park! Home to the award winning Wooden Warrior roller coaster, Quassy is adding an additional signature ride. Frantic will be sure to draw guests from miles away!

The new thrill ride is manufactured by VISA International and will swing riders through a pendulum motion. Unlike some other similar rides (such as Extreme Supernova at the Great Escape), Frantic will spin riders 360 degrees around, inverting multiple times. At night, an LED lighting package will further enhance riders experience. Here is a picture of the ride taken from the manufacturer’s website: 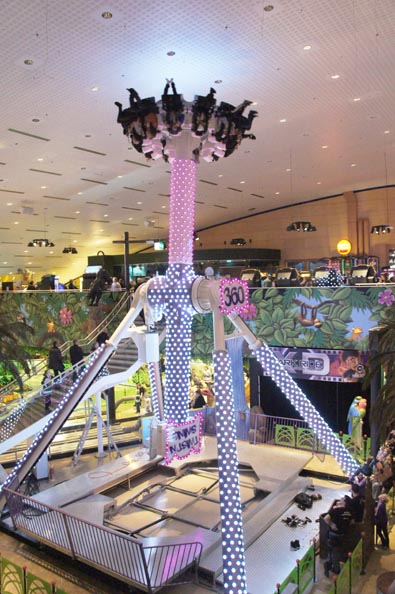 In addition to Frantic, Quassy will be installing new kiddie bumper cars for the 2015 season. Coined Collidoscope, these new bumper cars will be located near the Allan Herschell kiddieland rides, behind the arcade. Collidoscope is also being manufactured by VISA International. Again, this picture was taken from the manufacturer’s website: 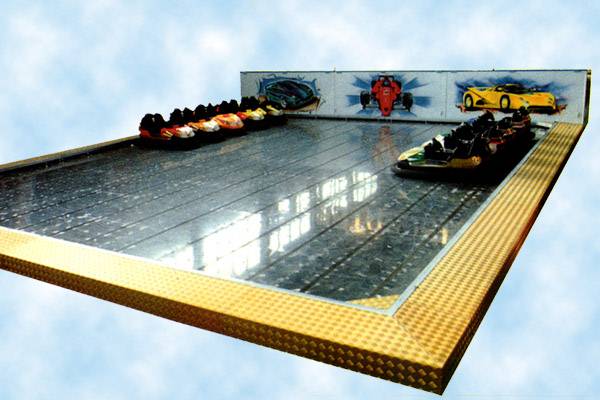 We’re looking forward to both additions!

MIDDLEBURY, Conn. – A new spectacular ride will be screaming into town for the 2015 season at Quassy Amusement; park officials announced today.

“FRANTIC” will provide 360 degrees of pure adrenalin rush when it makes its debut in April at the family-owned lakeside property.

“We spent a great deal of time researching our options for a new thrill ride and this will certainly be an exceptional addition,” Quassy President Eric Anderson said.

Being constructed by VISA International, Montagnana, Italy, “FRANTIC” will lift and spin riders high above the midway in an area near the “Grand Carousel,” where the park’s ticket booth was located until 2008. In addition, the park will be adding a new kiddie bumper car ride for smaller children, also provided by VISA International.

Called the “Twist’N Swing 360” by the manufacturer, Quassy coined the name “FRANTIC” for its newest family thriller, which will have colorful theming along with a stunning light emitting diode (LED) lighting package.

Riders are seated on a circular platform – suspended on a giant pendulum – with locking over-the-shoulder restraints securing them in place.

The loading platform floor retracts and the pendulum starts to gently swing back and forth between its supporting towers. At the same time, the ring of seats begins to rotate as the ride reaches greater heights with every pass. As “FRANTIC” climbs to 80 degrees, then 120 degrees, the G and negative-G forces generated by the ride increase, as do the screams from thrilled patrons.

The swinging action continues until the ride finally does a series of complete 360-degree, topsy-turvy flips.

“We recently had the opportunity to see and ride one of the first units in the United States,” said Quassy’s George Frantzis II. “It was all and more than we expected. The experience really convinced us this was the right addition for the park.”

“FRANTIC” is designed to accommodate children and adults and may be programmed for three different ride experiences: 80 or 120-degree swing only, or 360 degrees.

“The operator we visited told us everyone wants the full 360-degree ride and that’s what we will expect here,” Anderson alluded. “The unique action and thrill of the piece had guests lining up again and again. That, too, was another factor in convincing us this was the right choice.”

If you haven’t visited Quassy yet, you need to definitely make a visit next season. Wooden Warrior is an excellent coaster and the addition of Frantic will make the park even better!