A late-summer update on the Great Escape. Could the construction markers in this update be for Great Escape’s 2015 project?

Today I made a trip up to the park for a couple minutes to see what was new. I was only going to ride The Comet a few times, but I ended up having more time in the park than was originally planned.

The first thing I noticed was a new sign on the Comet’s lift. I think it’s nice that they tried to honor the ride’s history a little more. I just think the color of the sign just looks out of place. Anyways here is a picture: 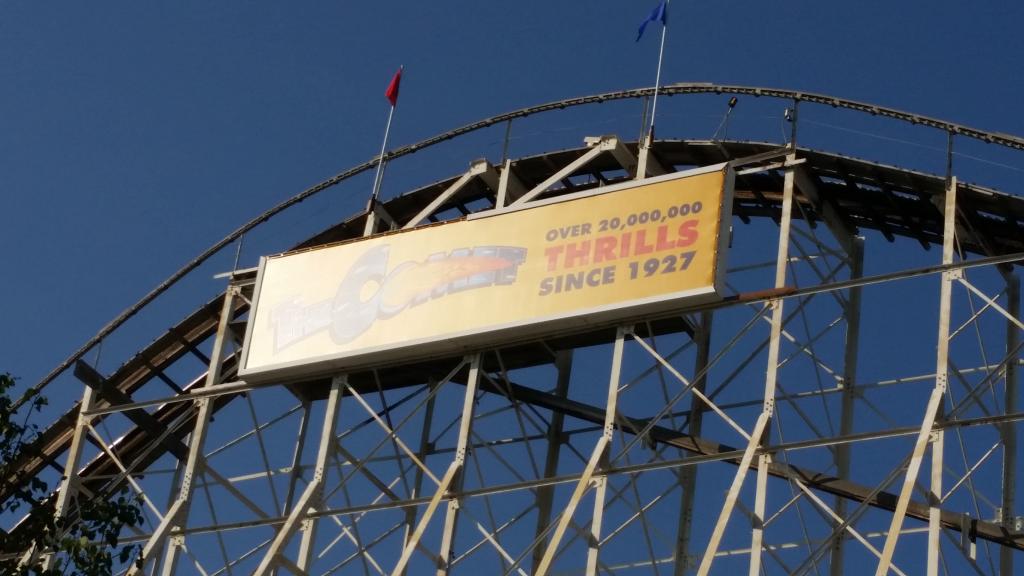 Another thing I noticed was that all three of the newest flat ride were running full queue’s. Screamin’ Eagles queue was almost out of the switchbacks. Blizzard’s line was almost to the entrance of the magic carpet line. Last but not least the park’s newest ride Extreme Supernova was also backed out of the queue. Here is a pic of Supernova’s line 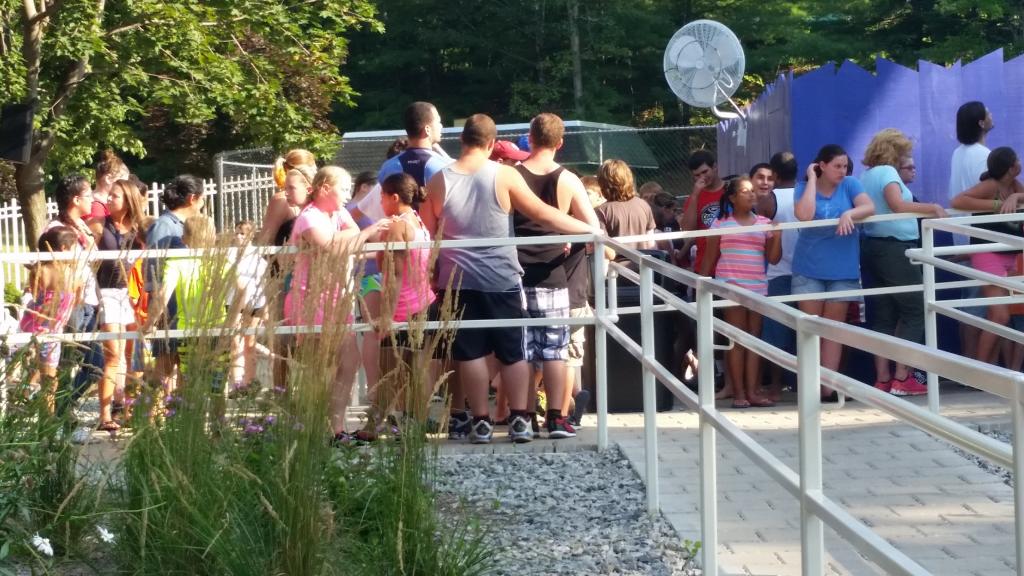 During my time at the park I noticed several different times employees being friendly. It’s really nice to see the Great Escape not taking after other Six Flags parks with their lackluster employees. I noticed several older employees who seemed like they actually cared about the park and their jobs. One especially stood out when a young girl started crying before here ride on The Comet started. This employee went over the girl, got down on one knee, and started to explain how safe the ride was. The employee was trying to comfort her. After all of that, she was still scared. So he helped her get up and walked her to the exit. Employee behaviors really stick in my mind when I visit a park. Good job to the Great Escape for not hiring exclusively college students. 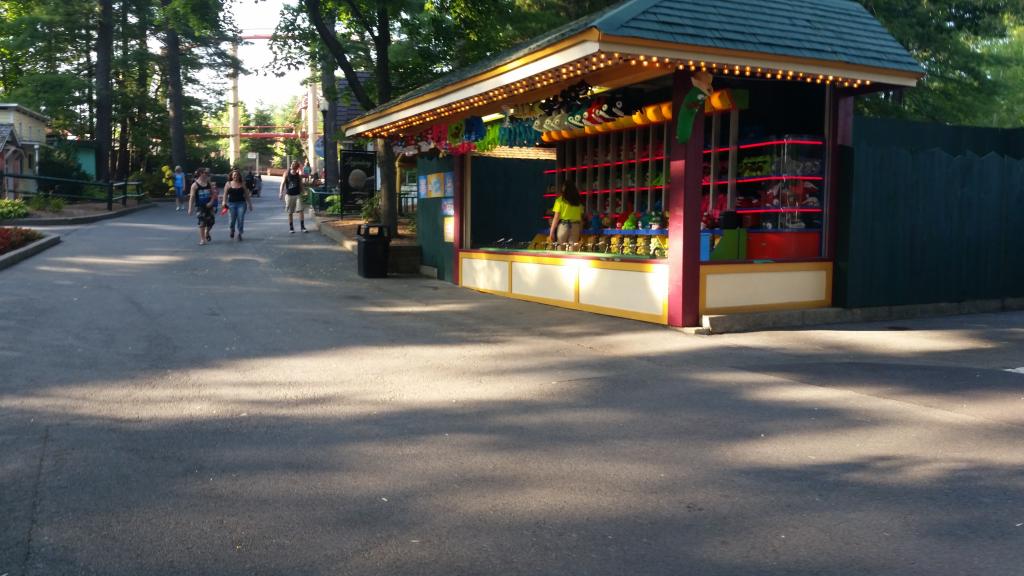 Here are some other random pictures I took: 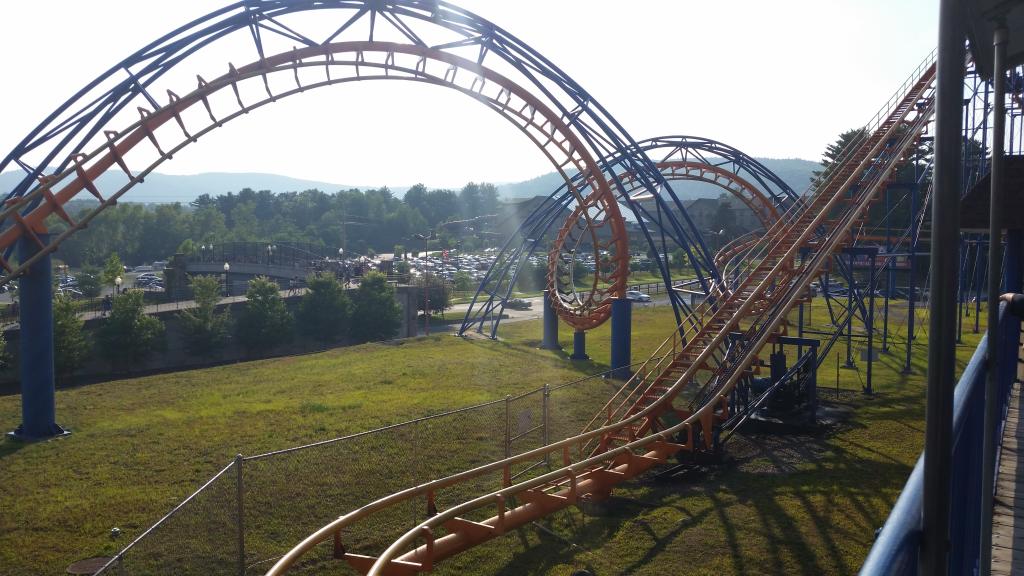 These corkscrews look good, but boy do the hurt! 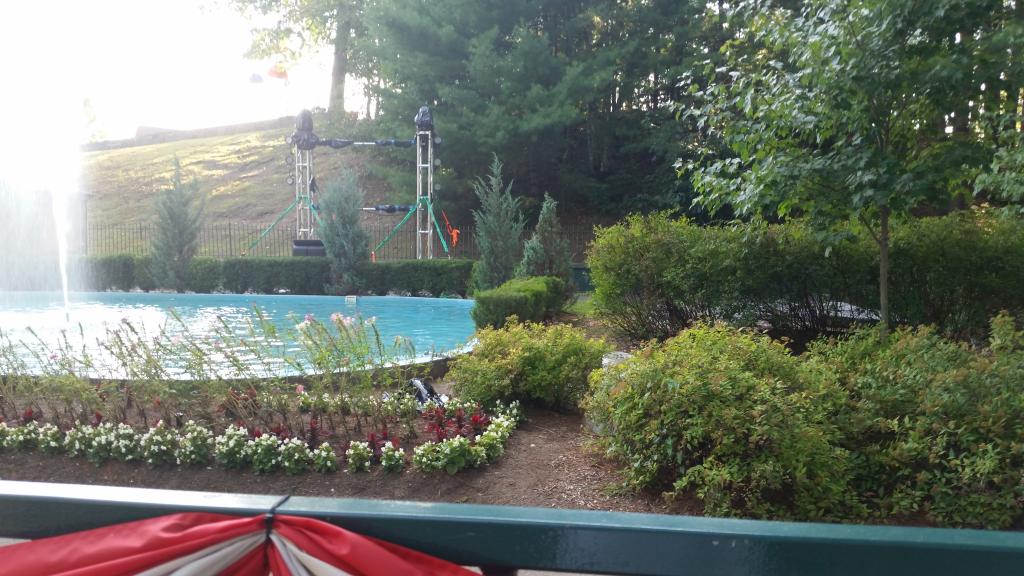 Some new foliage and lighting equitment for the new laser show. 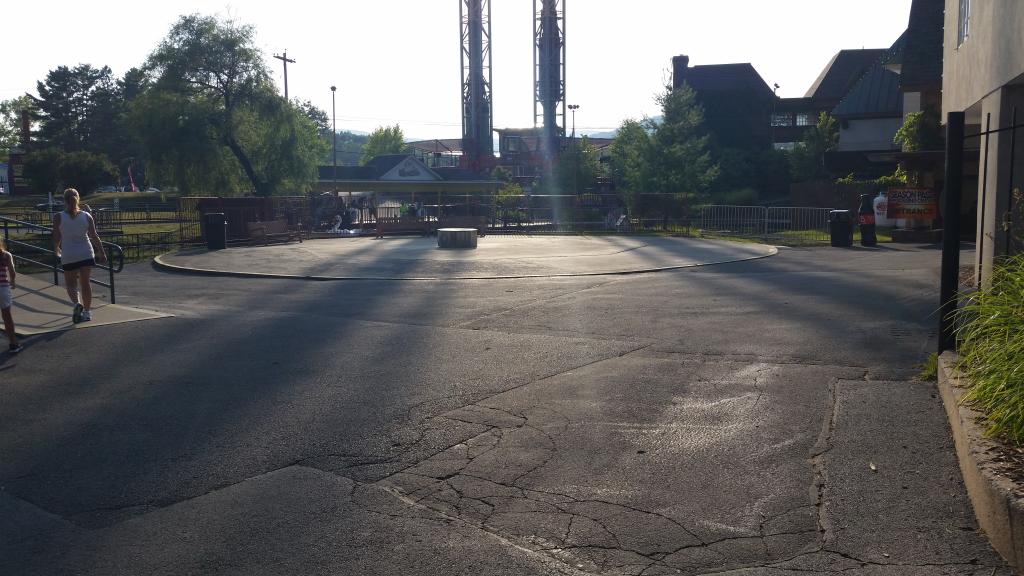 As most of you probably know, the Great Escape has not seen a new roller coaster since 2005. No one can argue against the fact that Great Escape is missing signature steel coaster. In the last two years, the park has added two dry park rides with Screamin’ Eagles and Extreme Supernova. Both rides have been big hits while still being relativity cheap. Screamin’ Eagles is a Larson Flying Scooters and Extreme Supernova is a relocated Midi Discovery from Luna Park. To me, this opens up two possibilities: either Six Flags corporate is under investing in the park or they are increasing park capacity while saving money for a new coaster in the future.

Until today the park’s rumor mill has been pretty quite as there was no concrete evidence of anything coming in 2015. Since the park has invested in the dry park for the past few years this led me to believe that the park would be adding to the water park. At the park today, I discovered some markers around the front of the park, between Boomerang’s queue and the Thunder Ally car ride. Let’s take a look: 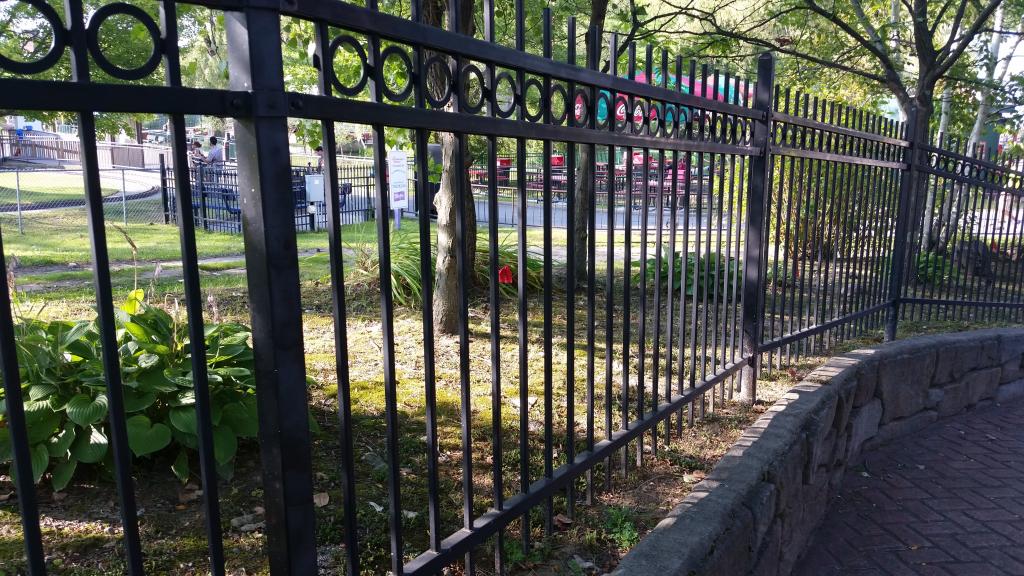 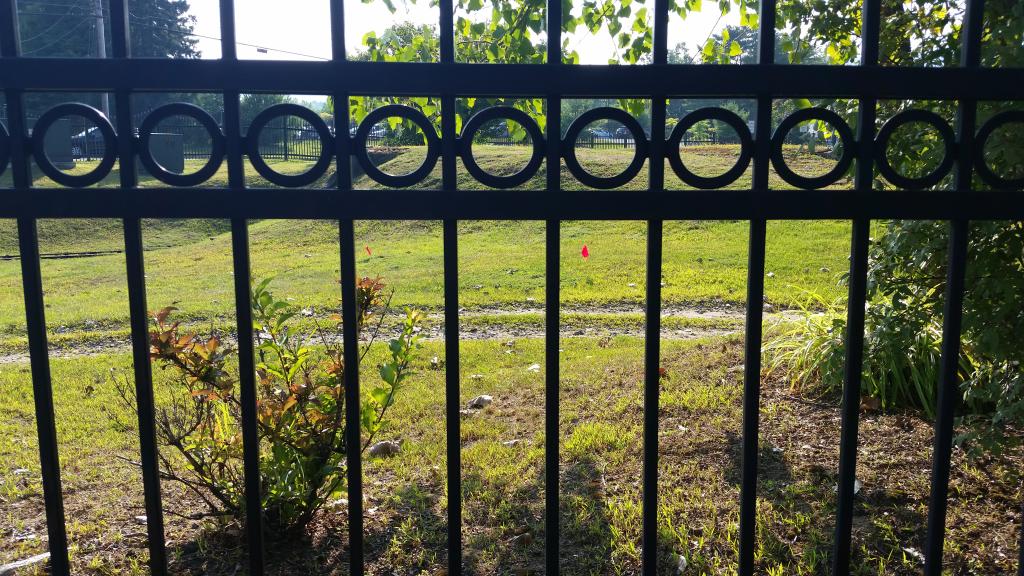 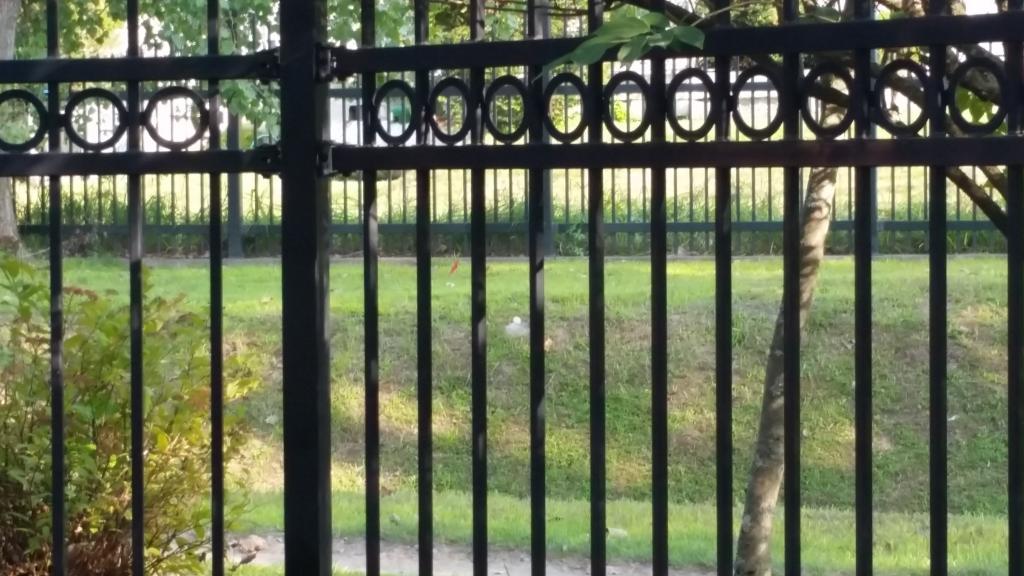 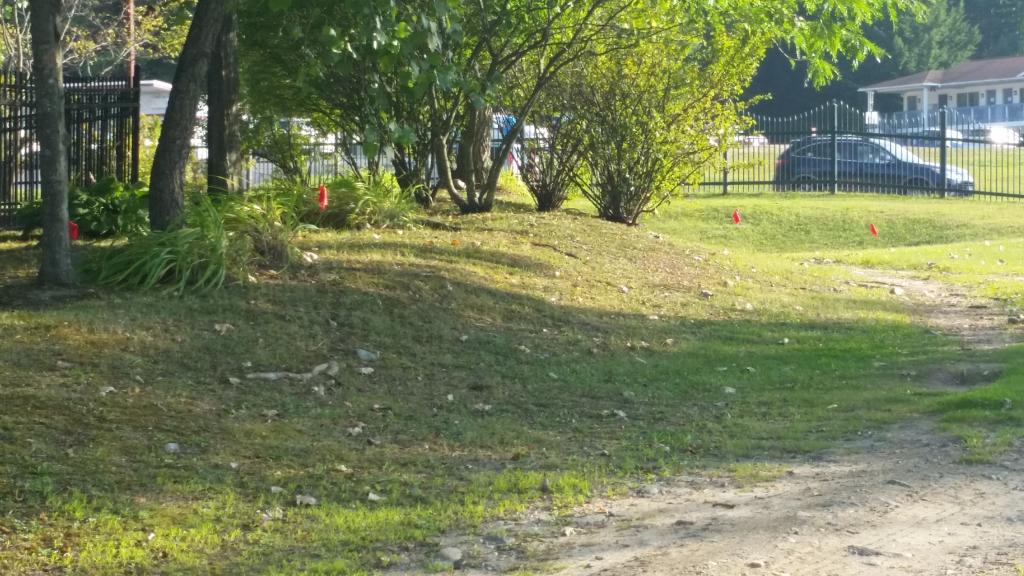 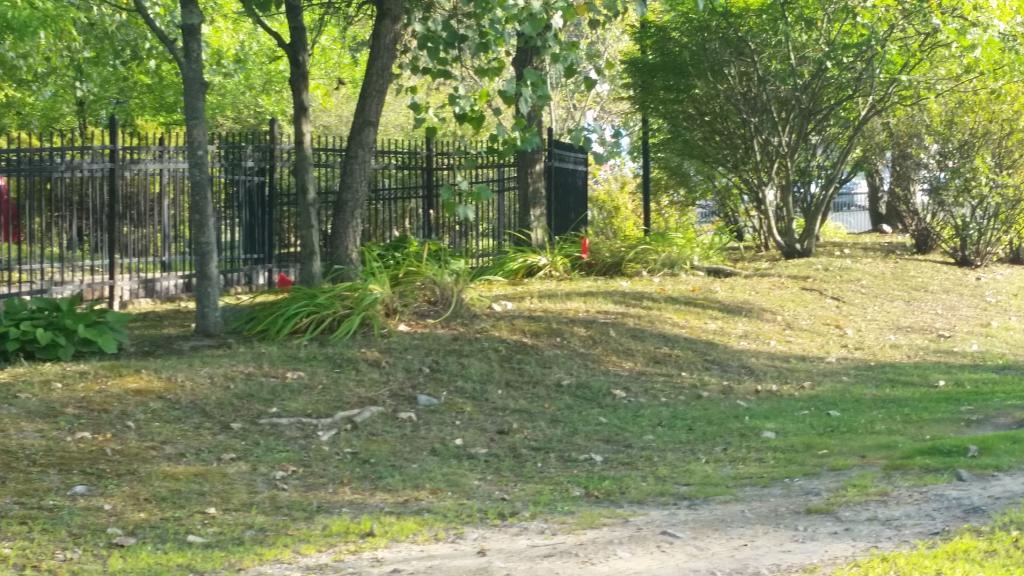 Seeing as these markers are at the front of the park, it is quite obvious that they will not be adding to the water park in 2015. Could this be the possible location of the park’s first big sized coaster since Canyon Blaster in 2003? There are no markers in the midfield of the car ride but the park may be holding off until after the 2015 announcement to put markers in the middle of a ride. The markers stretch all the way around Boomerang to about where the loop is. Whatever the park is doing it looks like it could be pretty big.

I really hope this is a sign of something big coming to the park. We will know on August 28 when Six Flags makes their annual announcement.