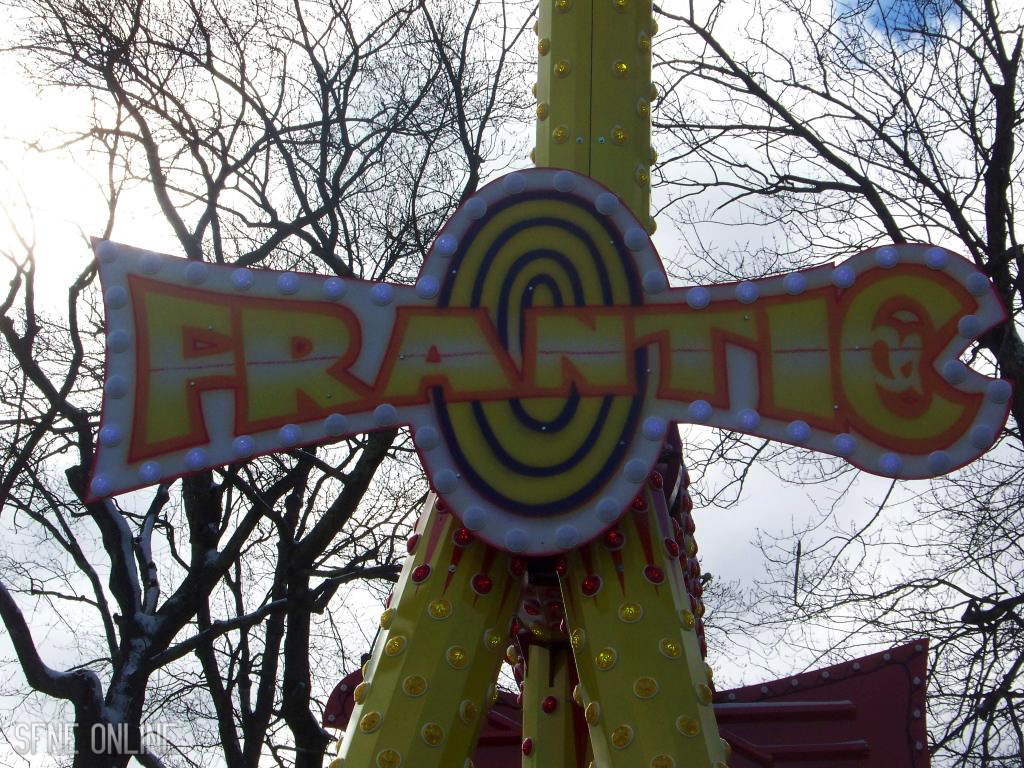 Today, we were at Quassy Amusement Park for a sort of media day event. The installation for Frantic is now complete. Even though it’s a small ride, it’s still pretty cool to see park’s newest ride completed before winter officially starts.

Before we get to the pictures of Frantic, we’re going to give you a little off-season update of the park. 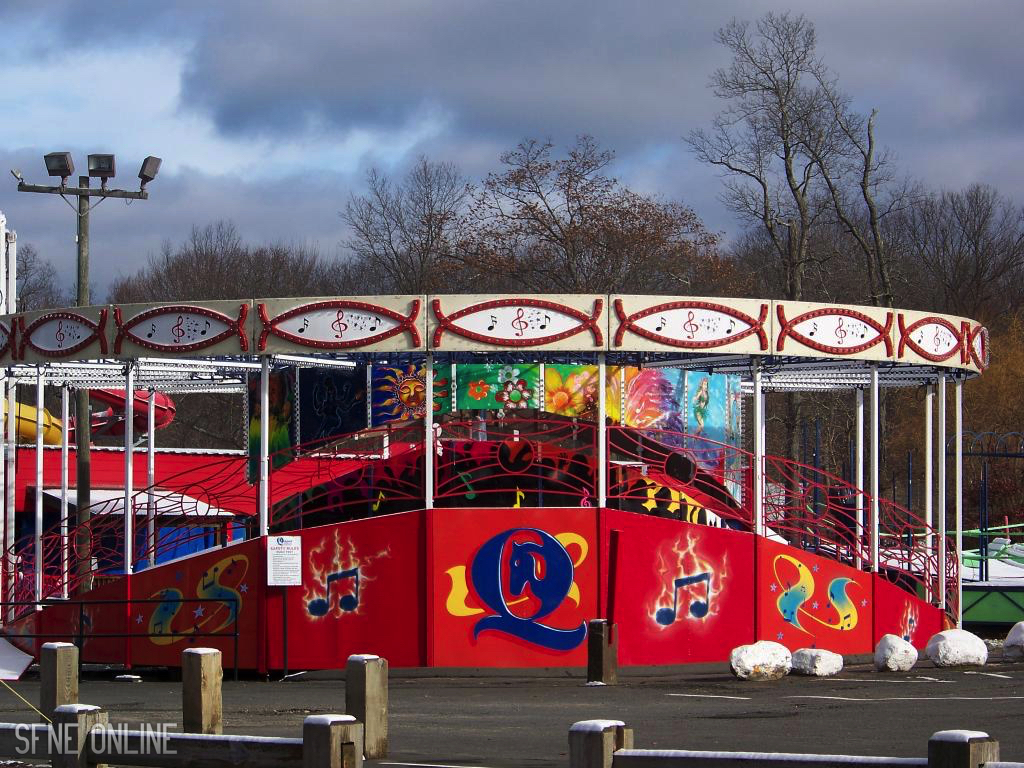 Rides are packed up for the winter. 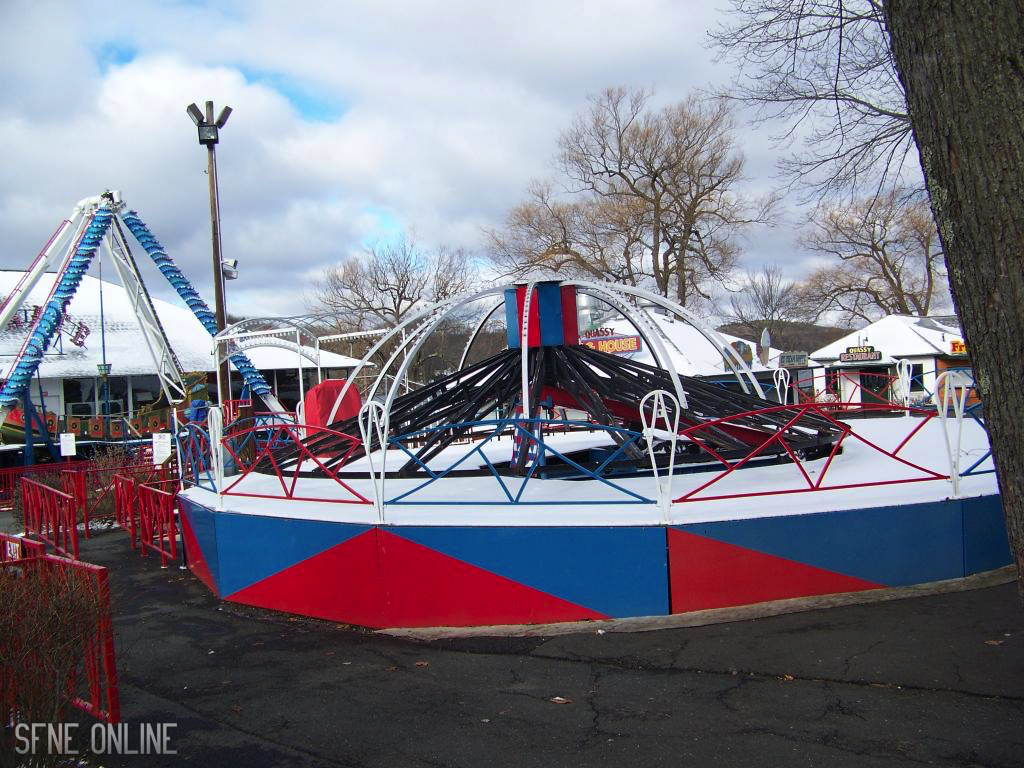 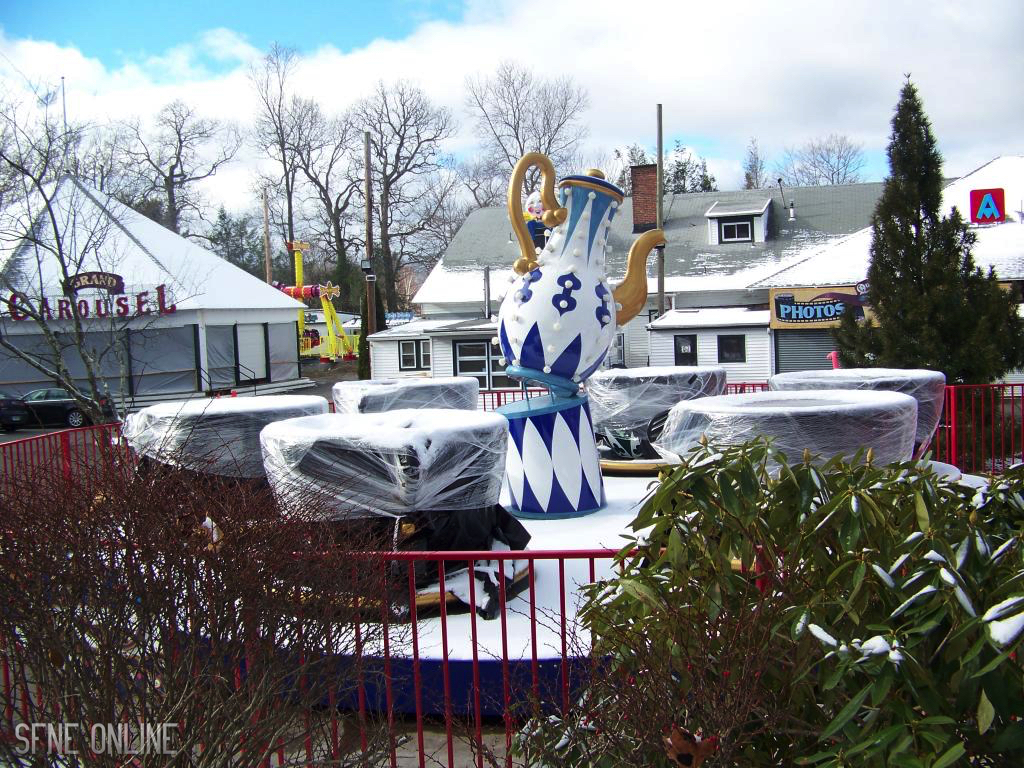 Here are some shots of Wooden Warrior in the snow! 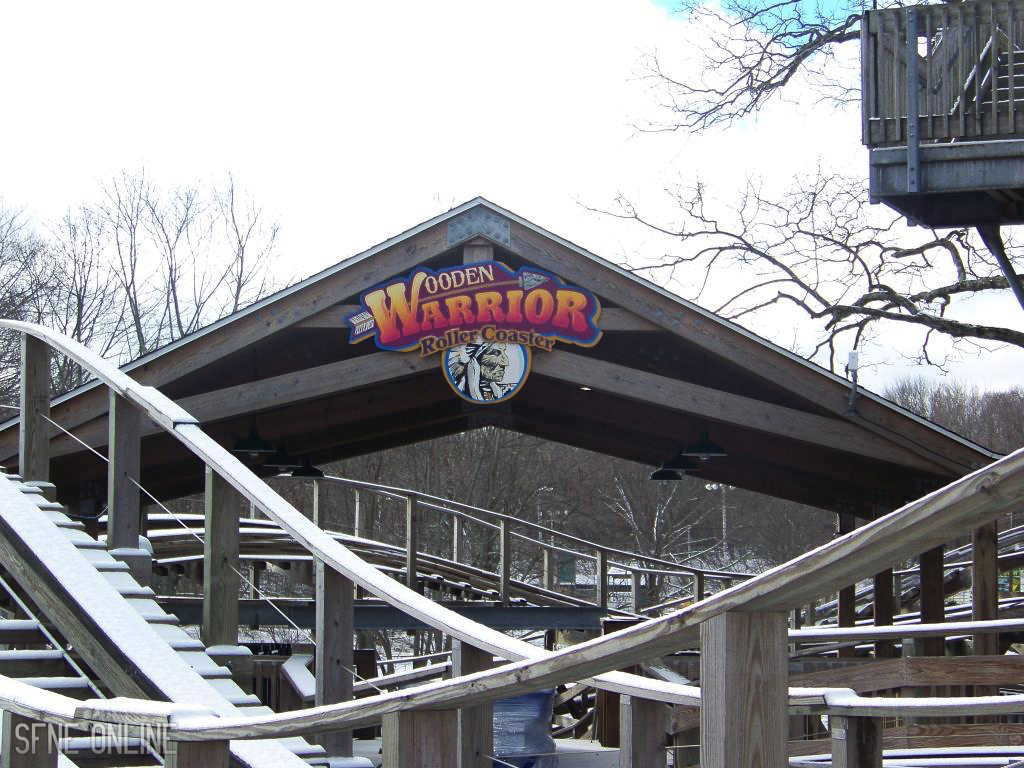 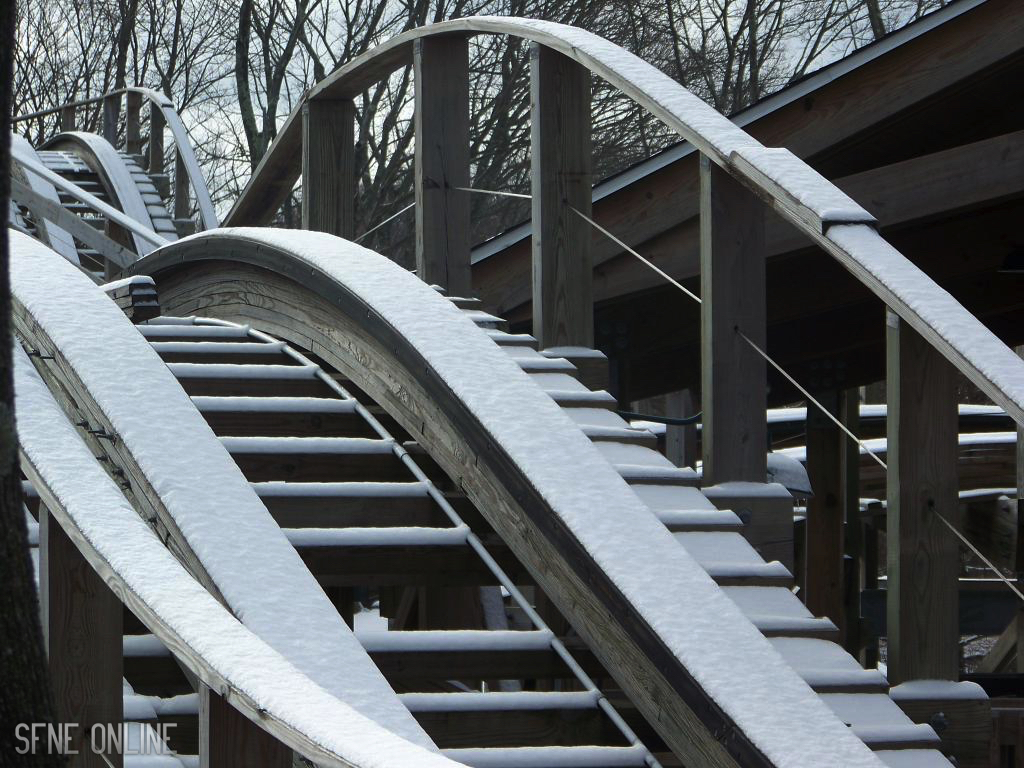 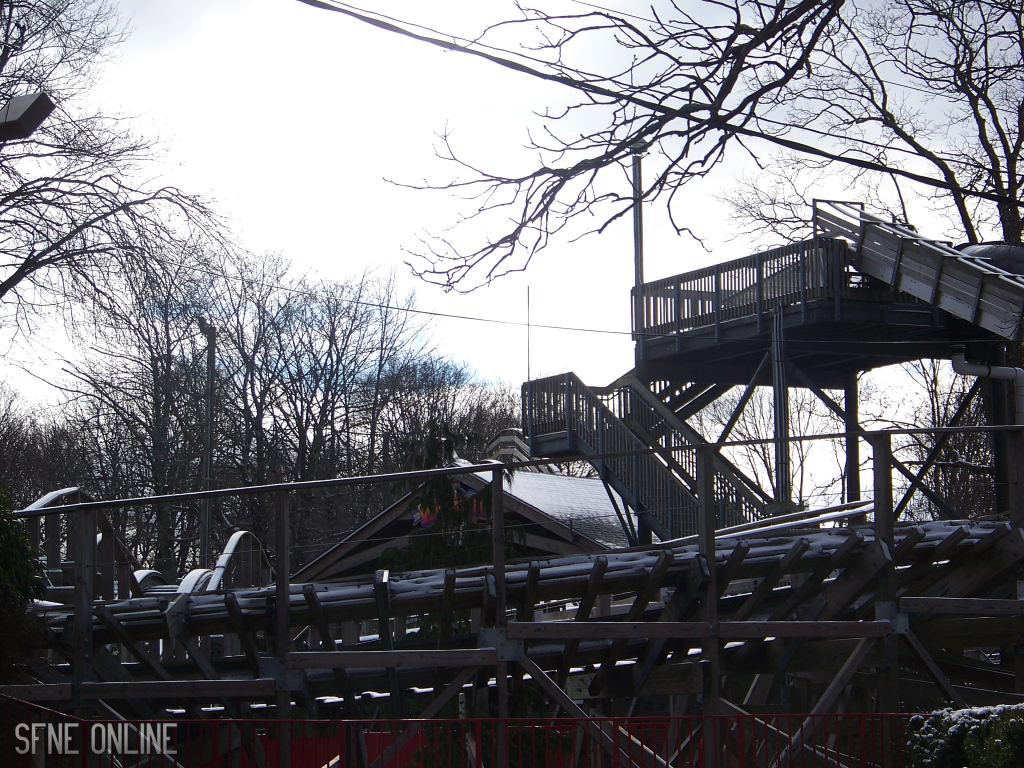 Also new at Quassy in 2015 will be some kiddie bumper cars called Collidoscope. Here are some pictures of the work going on for Collidoscope: 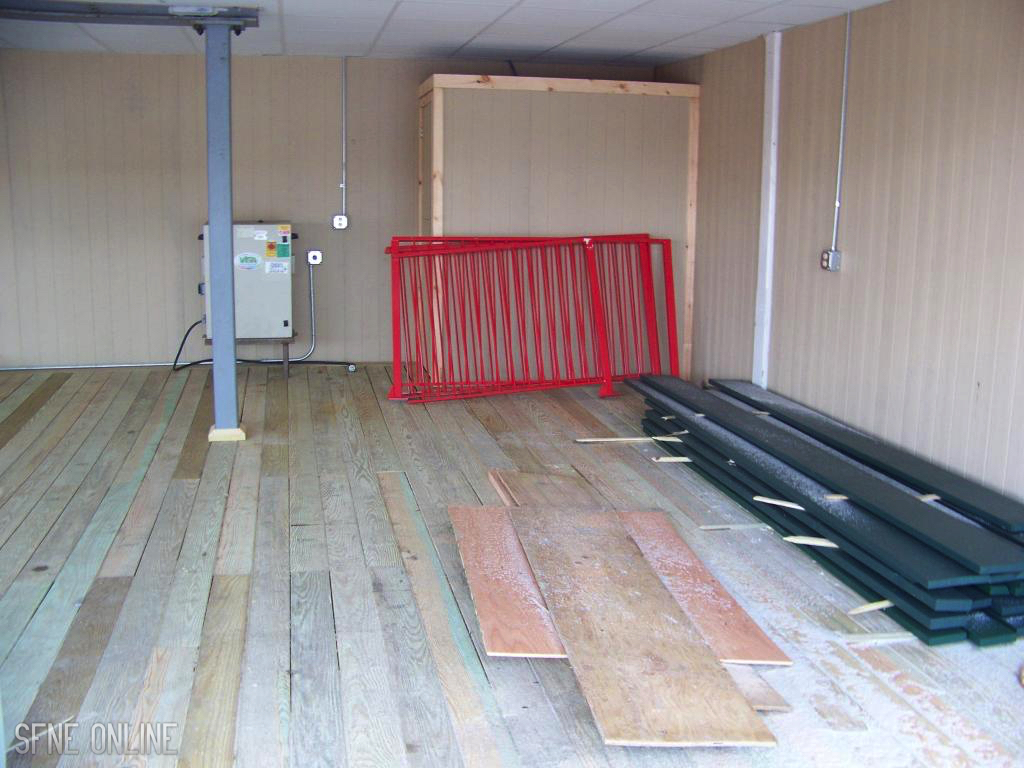 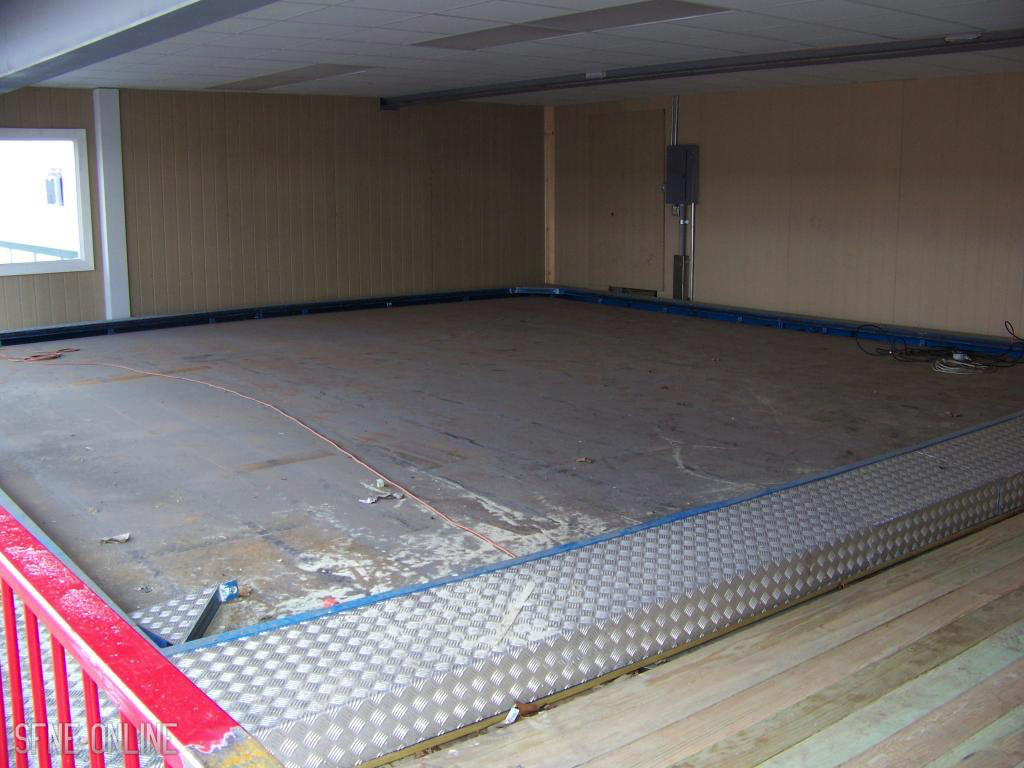 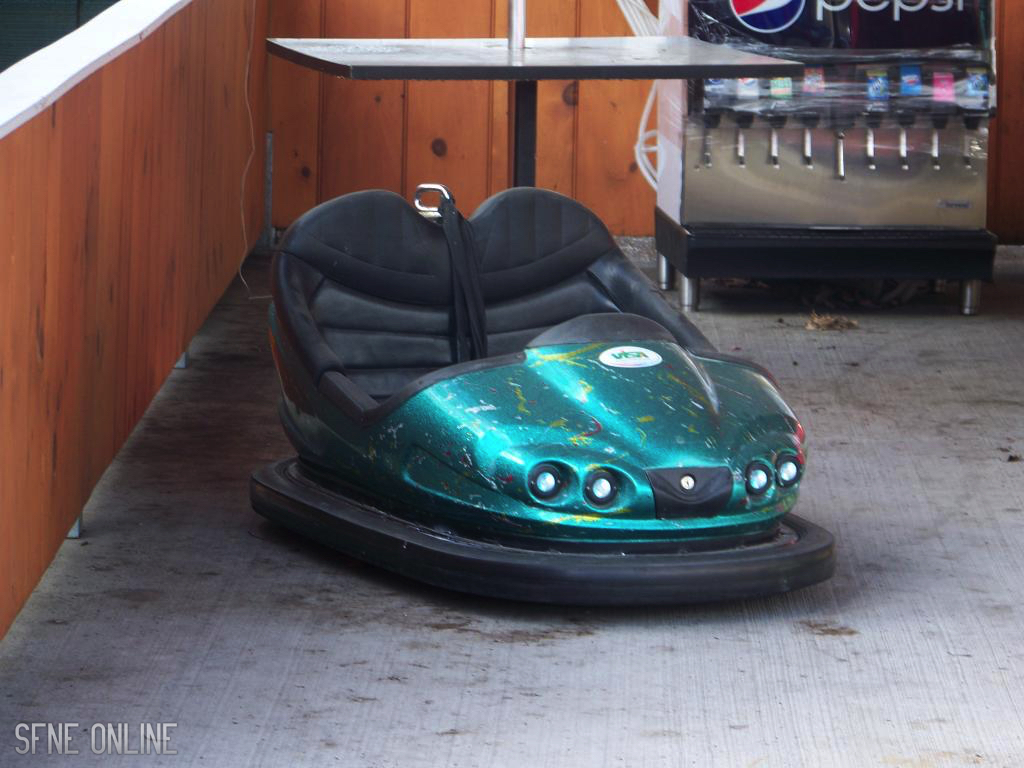 Quassy is also adding an additional train station next year. Here are the blueprints for it. 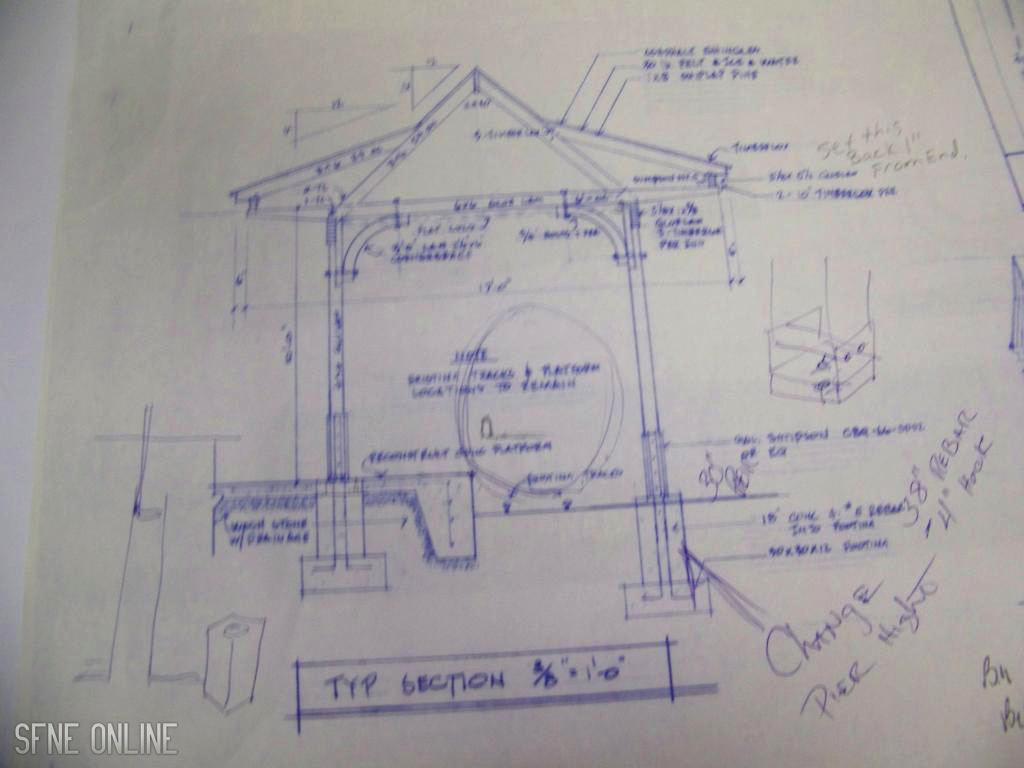 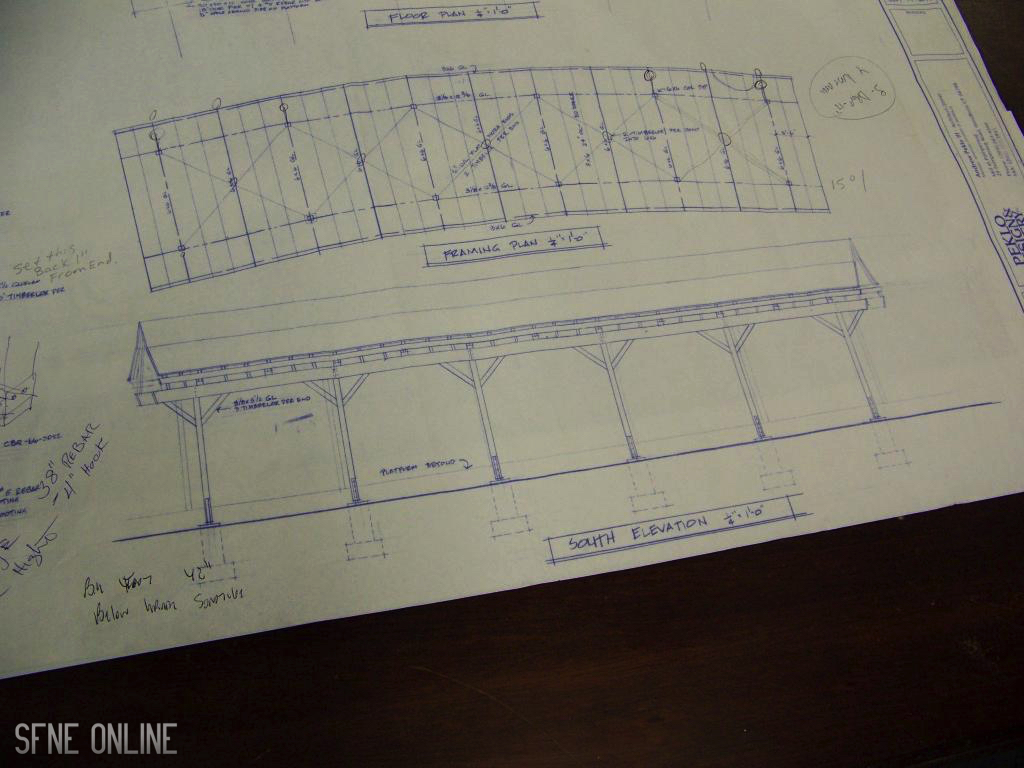 The train station is starting to go up. 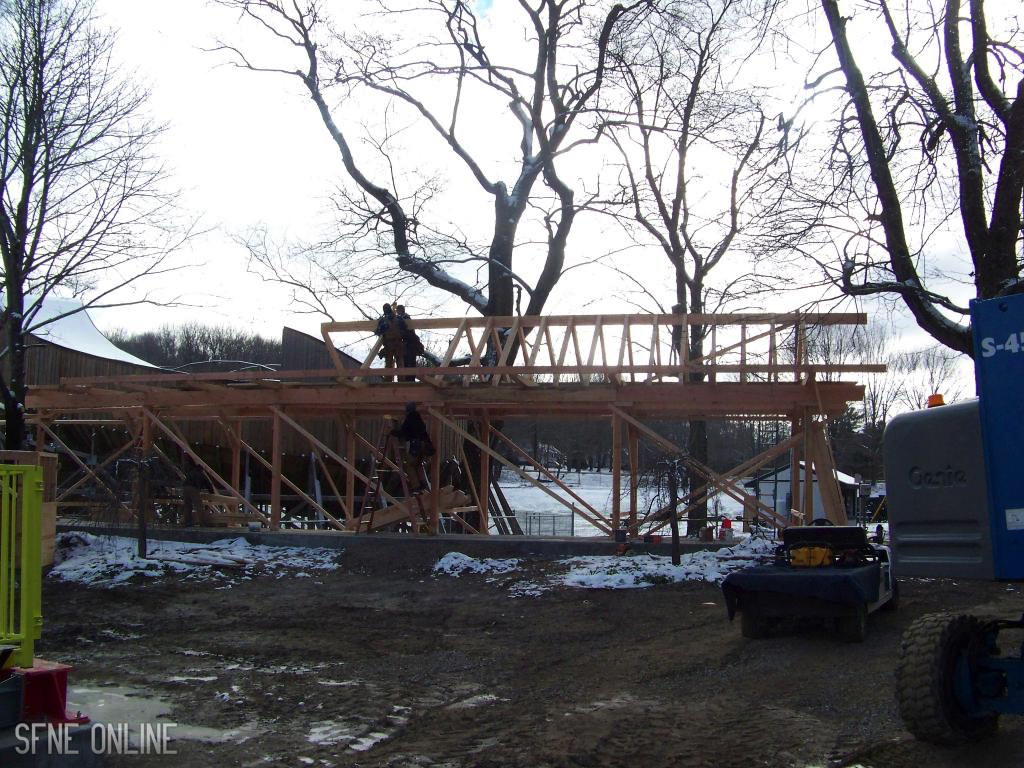 Now for what you came for! 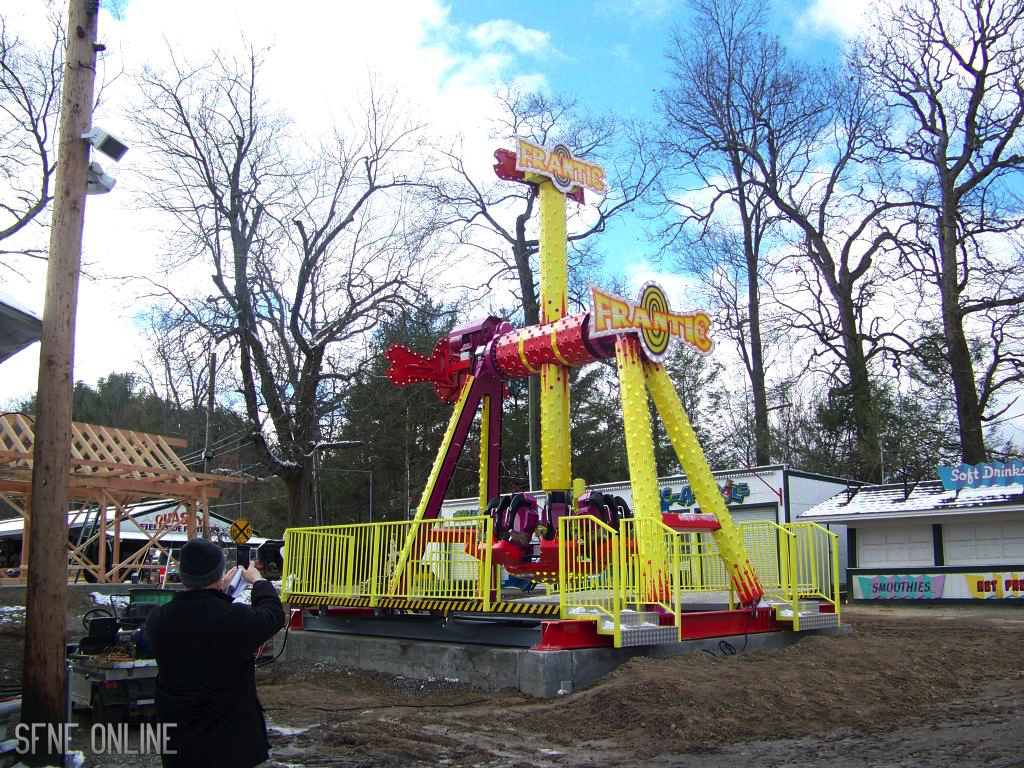 Frantic was manufactured by VISA International out of Italy. 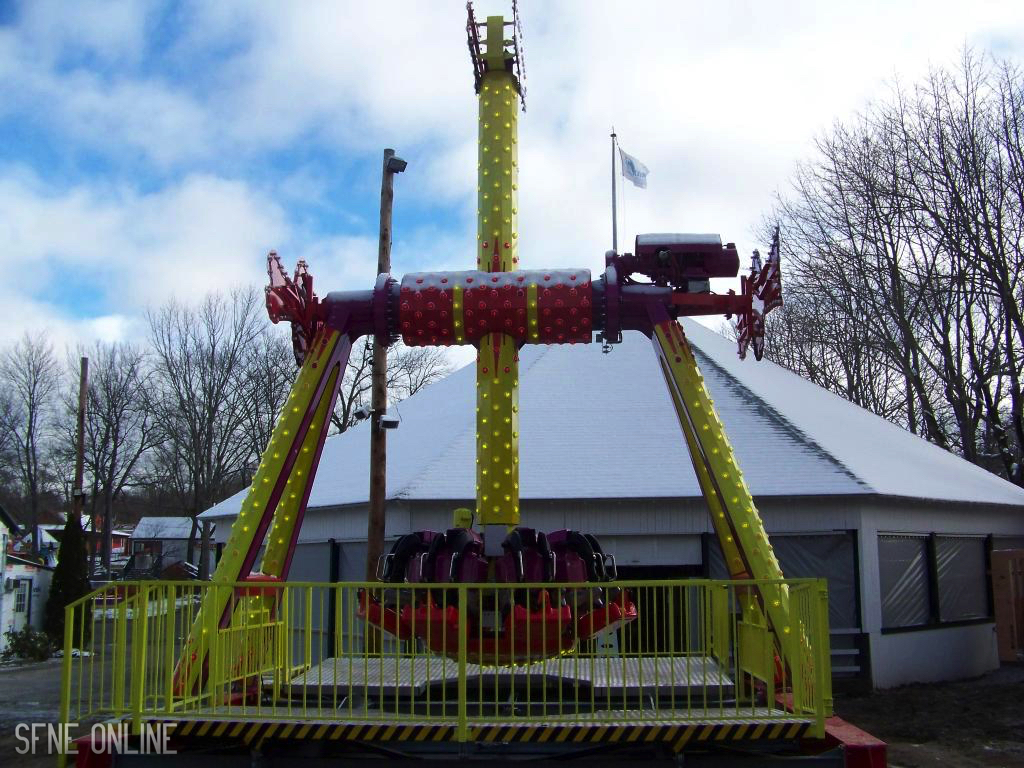 The concrete pad was poured a few months ago. Once all the parts for Frantic were on site, it took them a week to install. 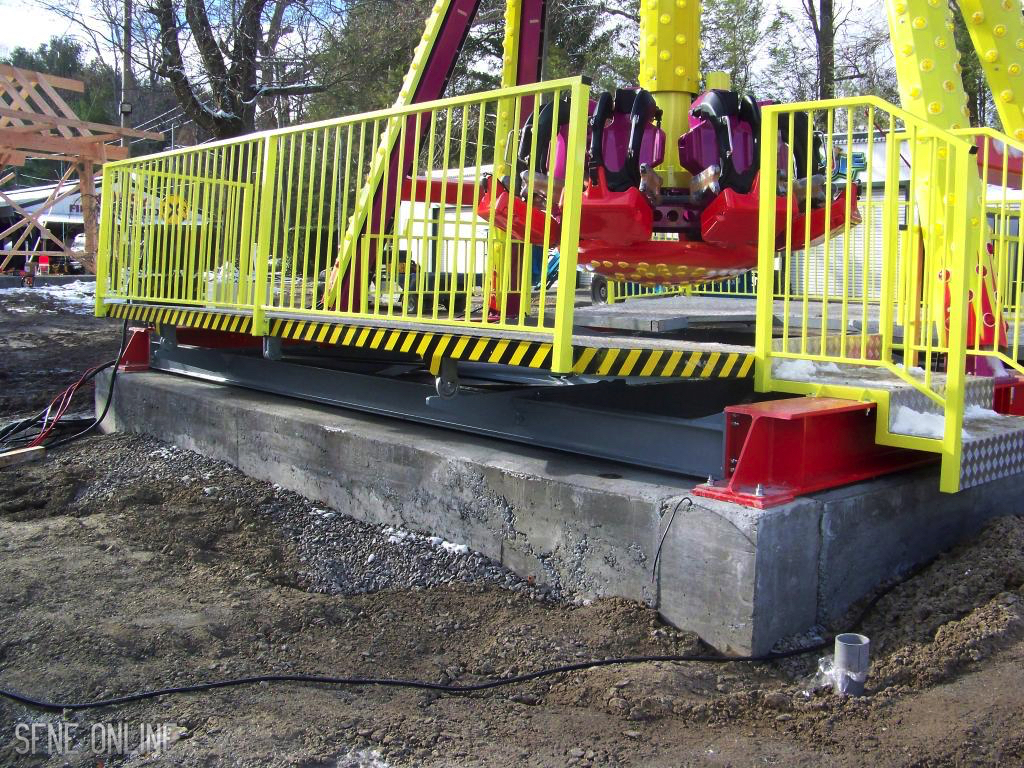 The carriage seats eight people. They’re secured with over the shoulder restraints. 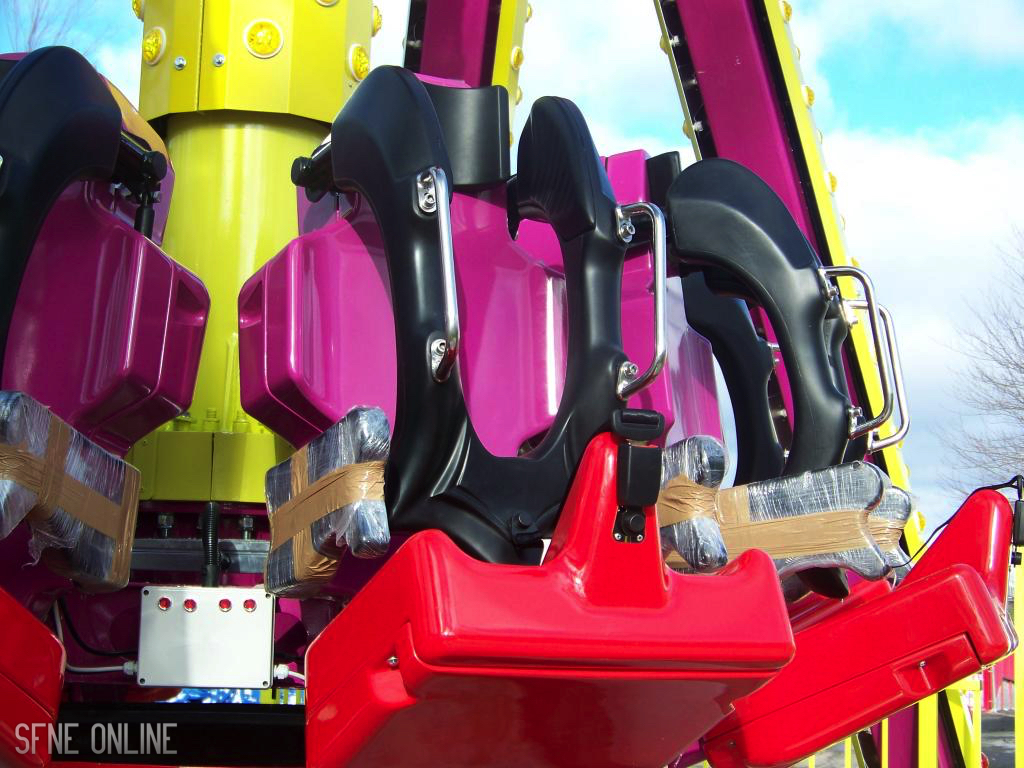 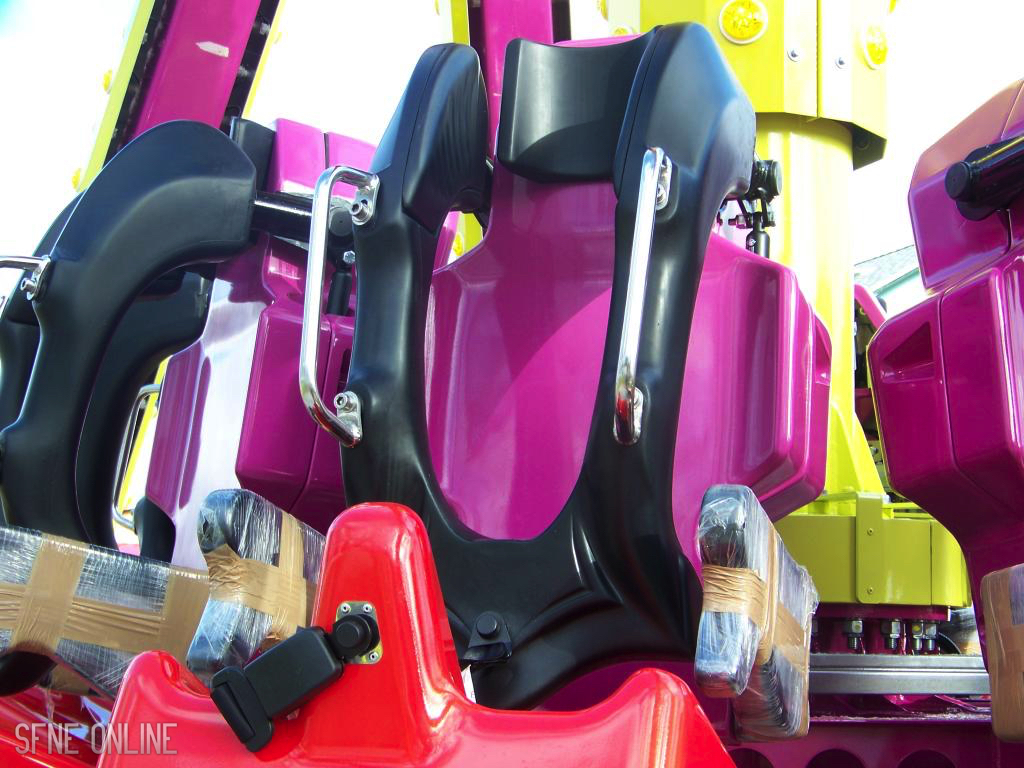 A shot of Frantic with the new train station in the background. 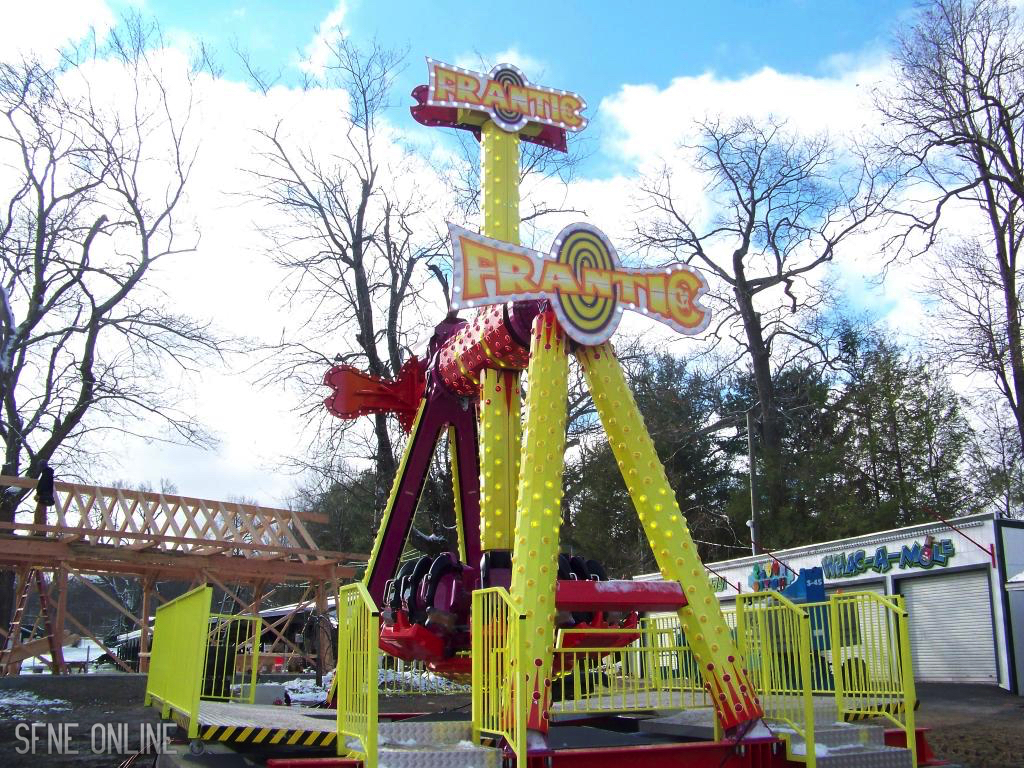 The colors are really vibrant. The ride is also decked out in a ton of LED lights, so it will look spectacular at night! 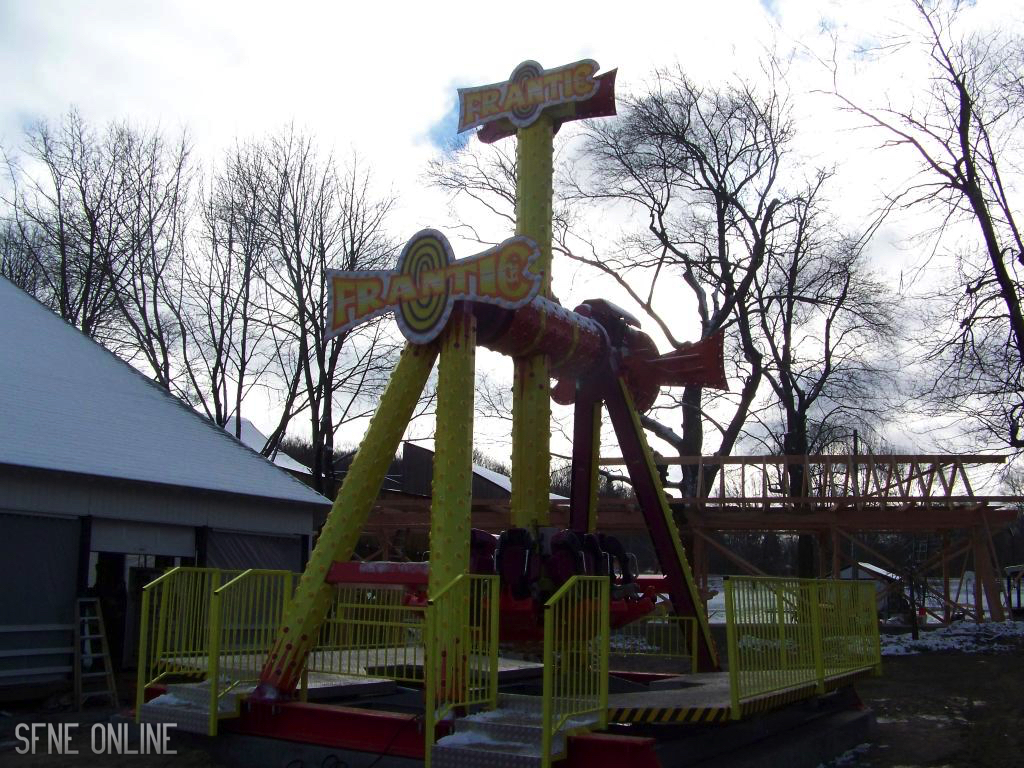 This is the ride operator’s booth. 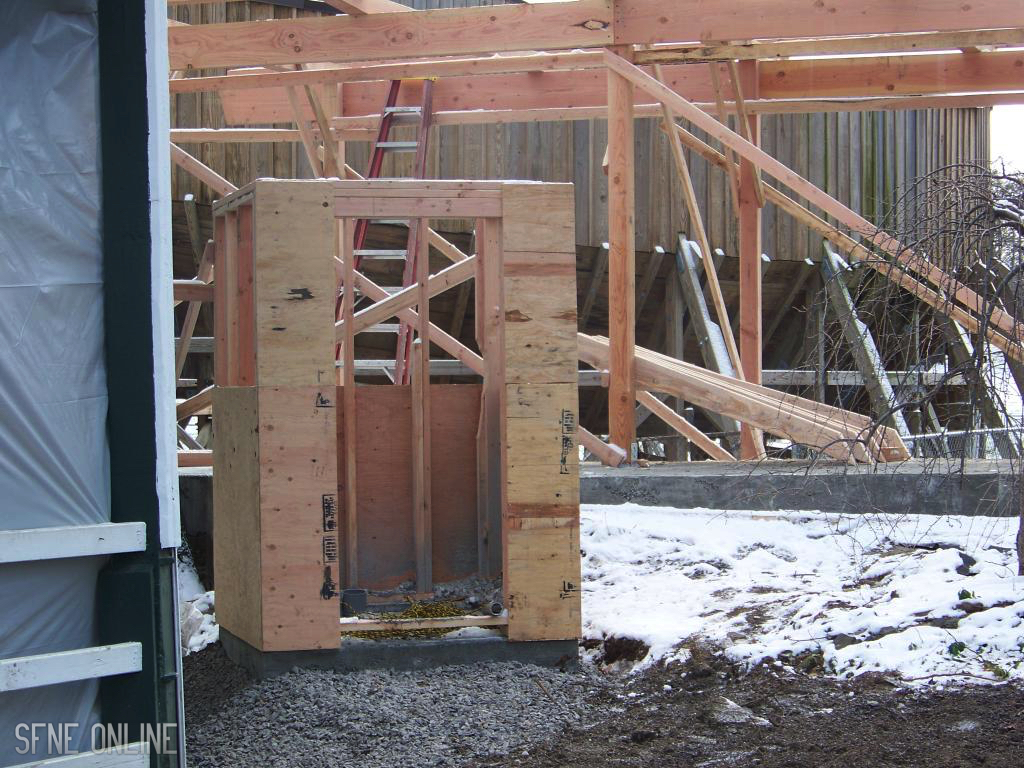 Here are all the controls for the ride. Why are they exposed like this? Well, you’ll see in the next picture. 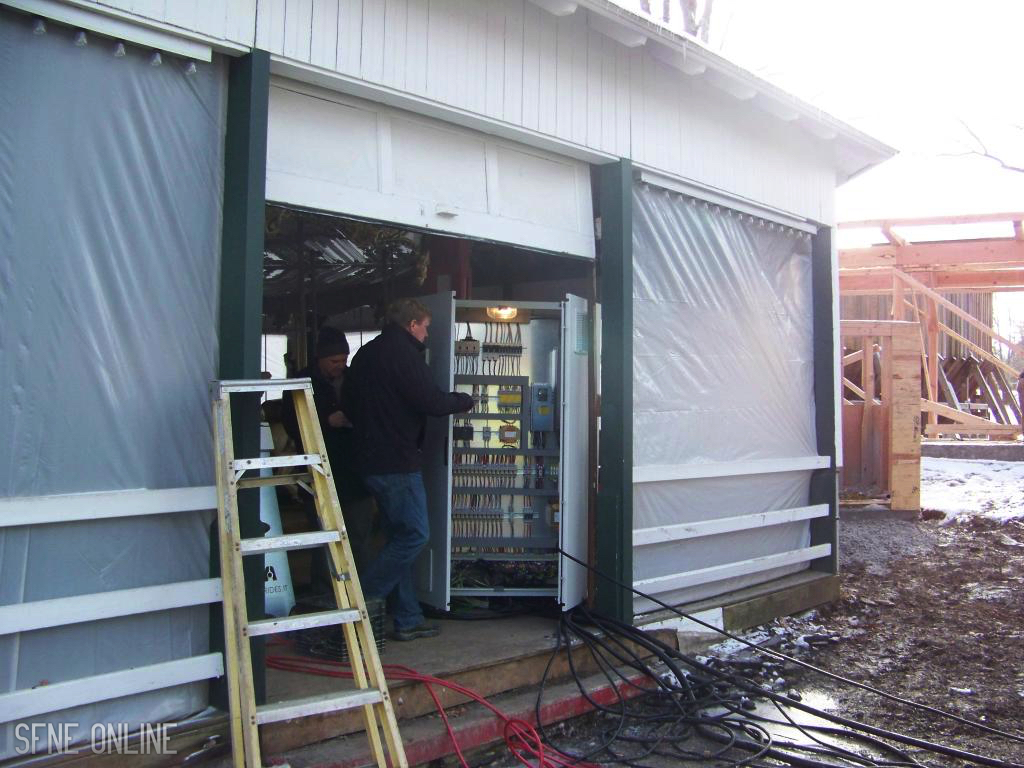 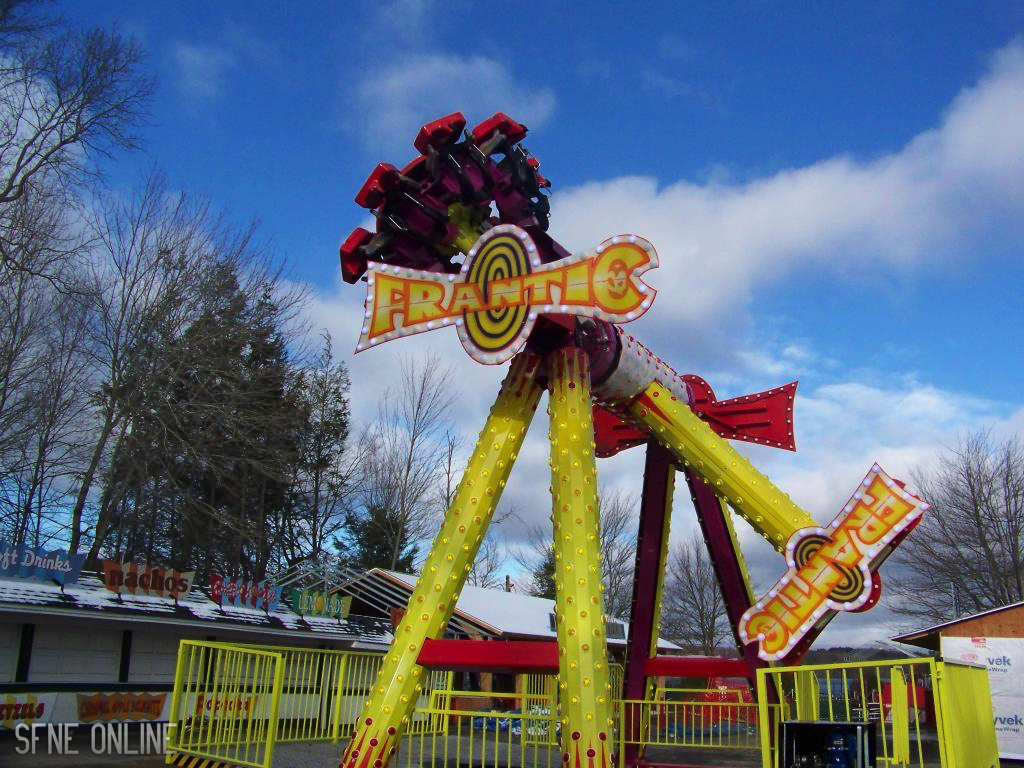 The coolest part of this event was being able to watch the ride run. The ride operator will be able to change the cycle based on a number of factors. There are three modes: 80, 120, and 360 degrees. So if a bunch of kids want to ride, the ride op can run a less intense cycle that doesn’t invert. If it’s a bunch of teens, the cycle can be the most thrilling one. The length is also customizable too. We watched them run a three minute cycle. I was told, however, that they will change the cycle time to more like 1:30 once it opens.

Eric Anderson, the park president showed us a video of him and other employees riding Frantic last night with the LED lighting on. The lighting on it looks great! I can’t wait to see the lights on it in person. 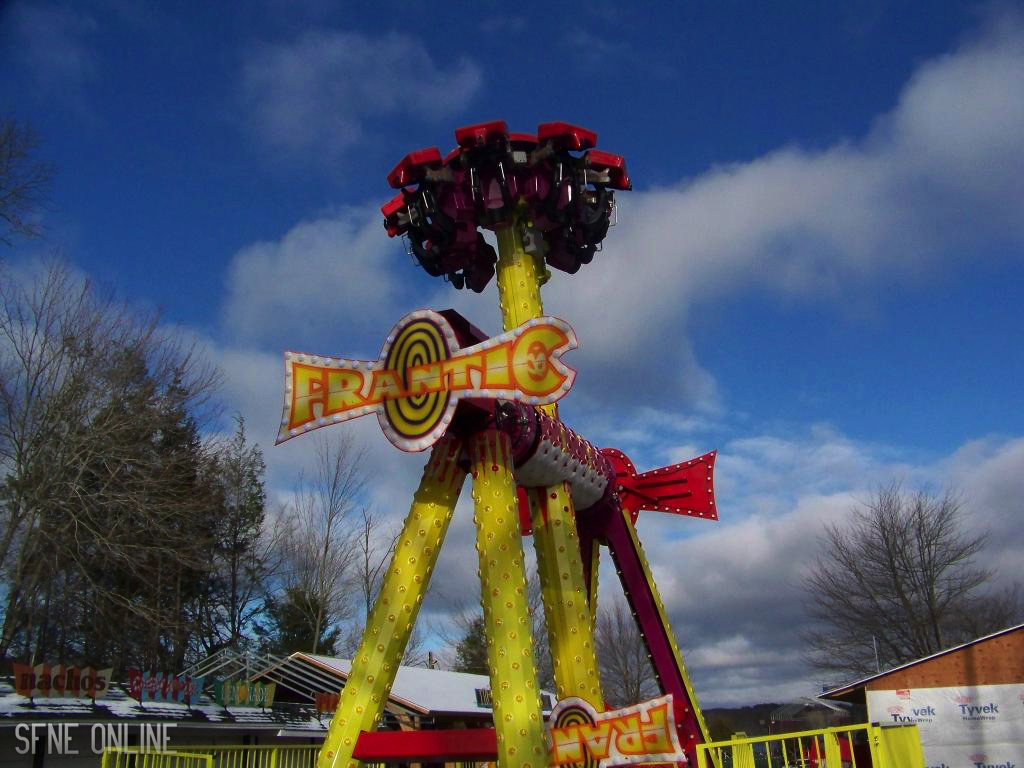 We cannot wait to ride Frantic at Quassy! The ride opens on April 28.