In our last update of 2014, the 200-degree stall has been completed. This is Wicked Cyclone construction update #17. 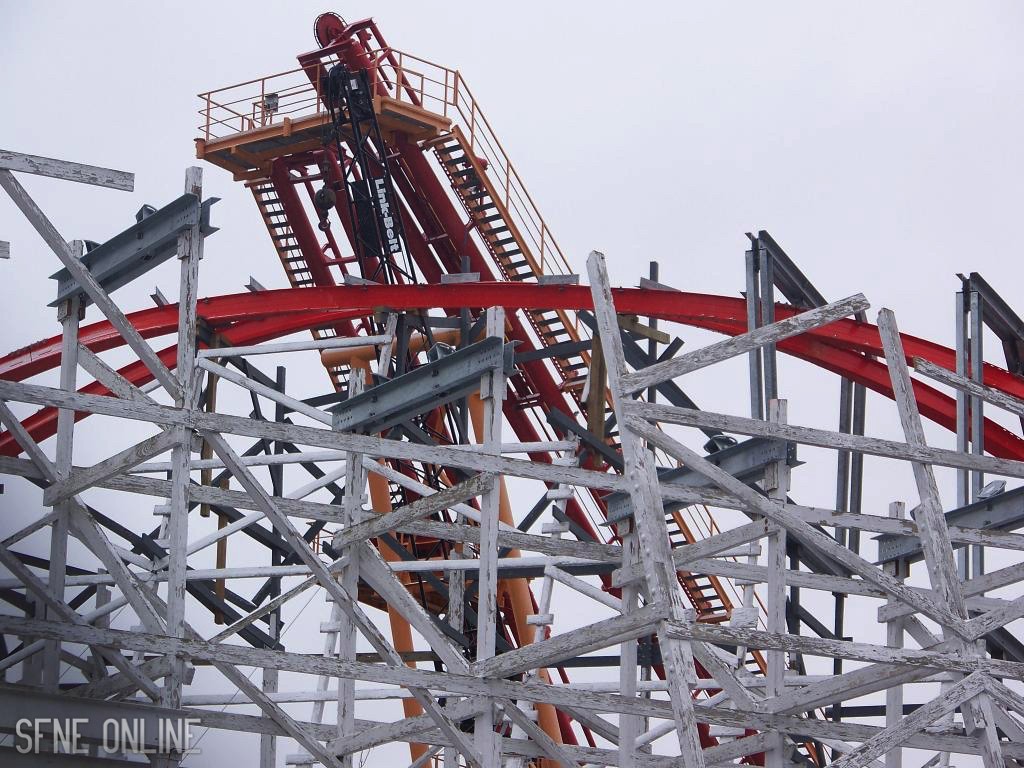 A ton of work was done in the weeks since our sixteenth update. In that update, the crews were getting ready to install the pieces for the 200-degree stall element on Wicked Cyclone. 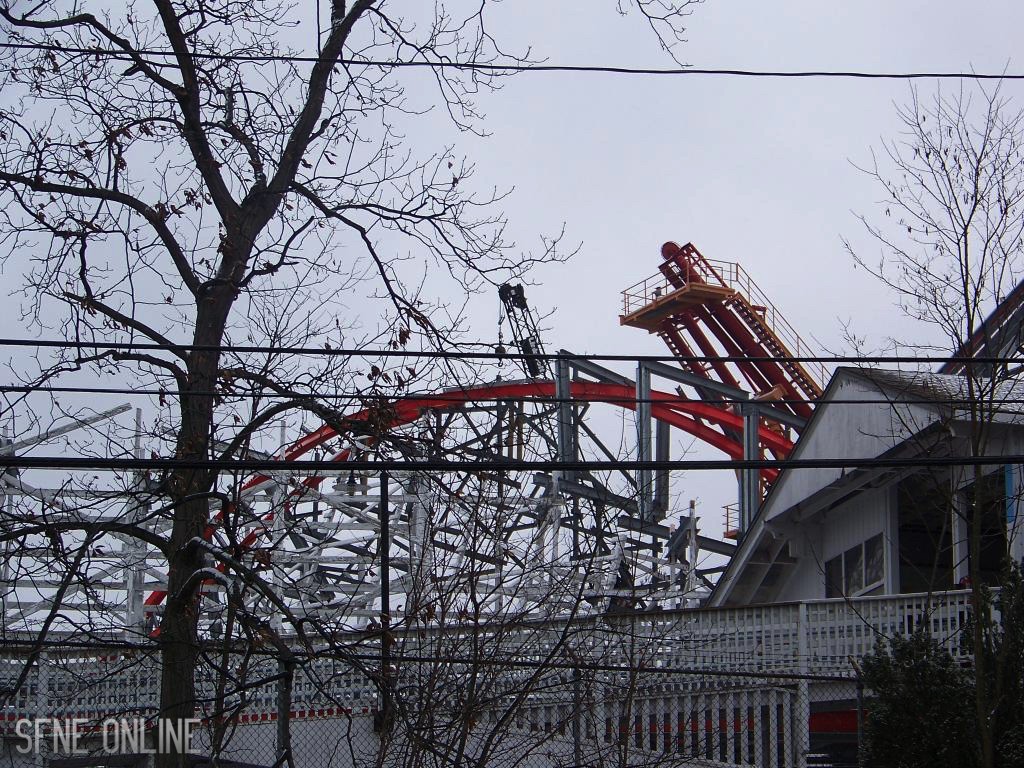 As you can see, there was some snowfall the morning of this update. 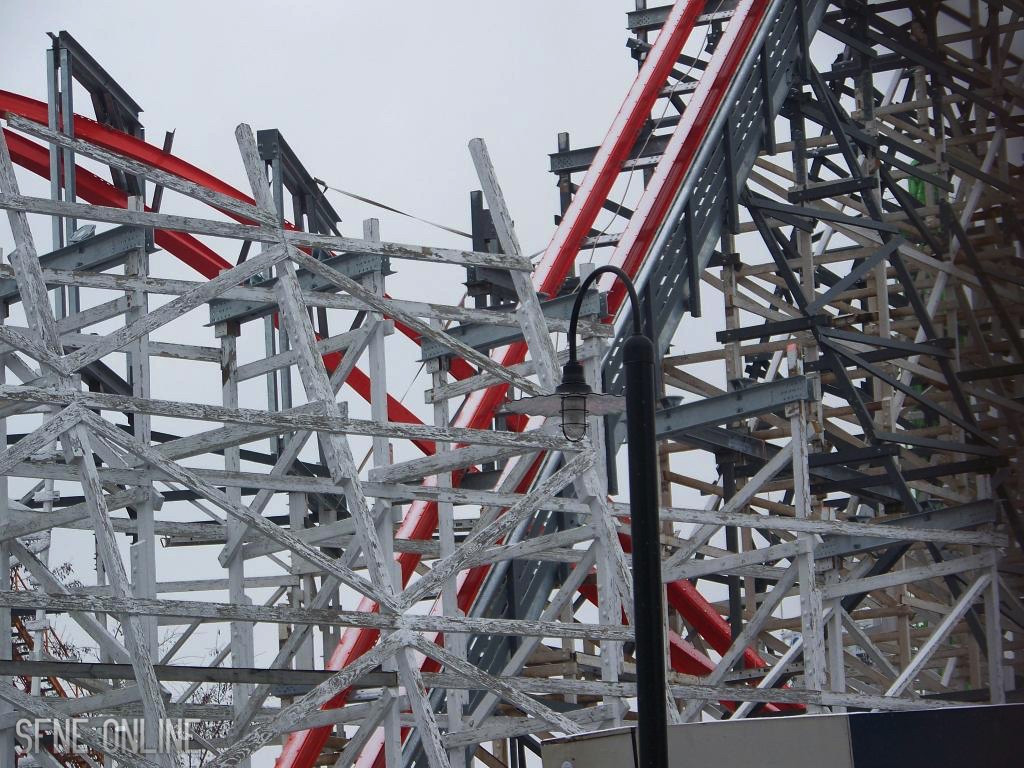 The stall looks insane. This is the element that I’m most excited for because it’s something that’s never been done before. 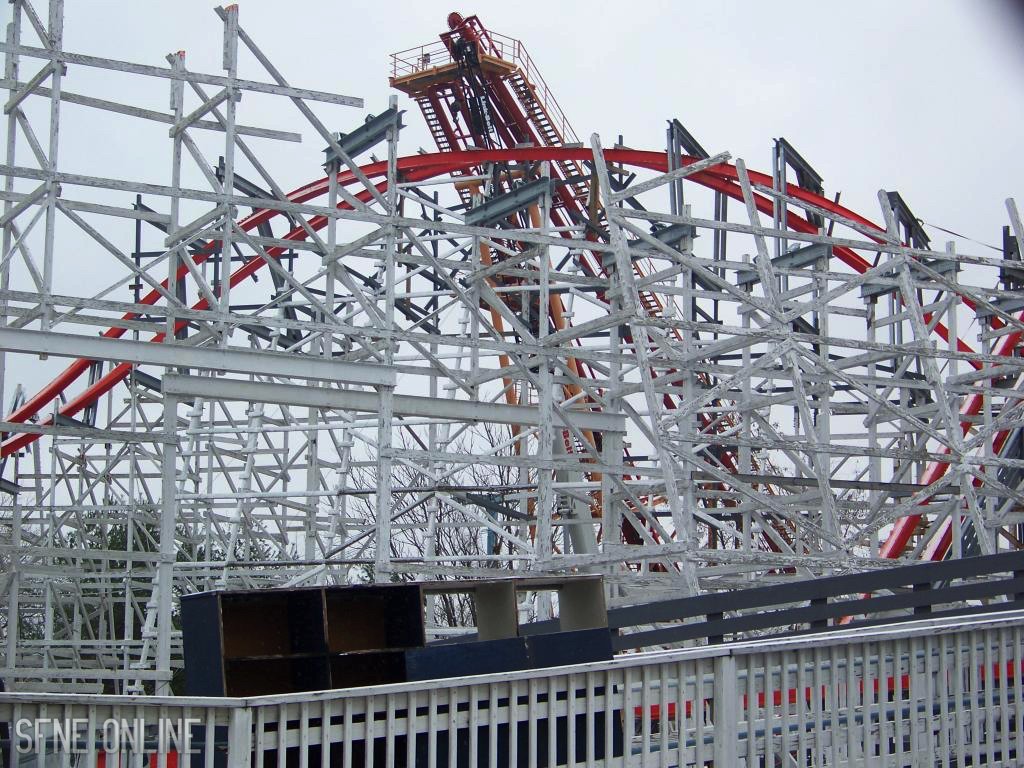 The whole thing is just “wicked.” Also note how low the exit of the stall is. 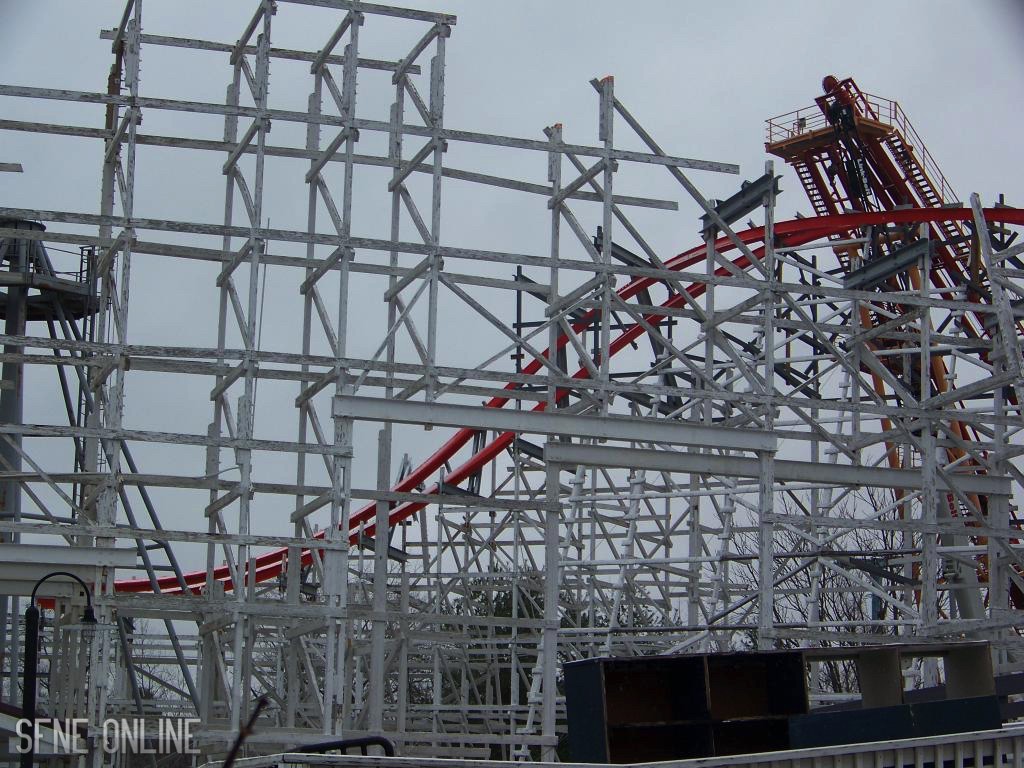 This is where the track ends. Since RMC is working in order of the track layout, the next element to be installed is the second overbanked turn. 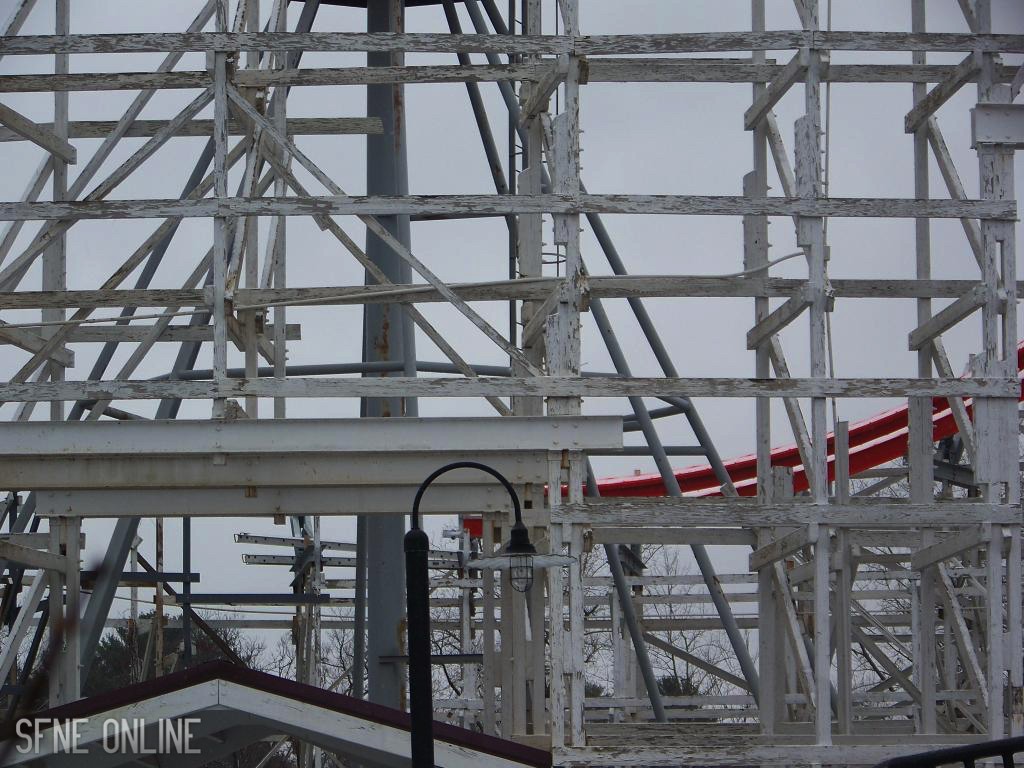 Speaking of that, some new wood has been install inside the turnaround area. I’m not sure if this is extra bracing for the overbanked turn or if it’s for the two turns towards the end of the ride.

The white wood is also starting to look nasty. I’m happy that they’re going with gray for the supports, as it will really compliment the orange track. 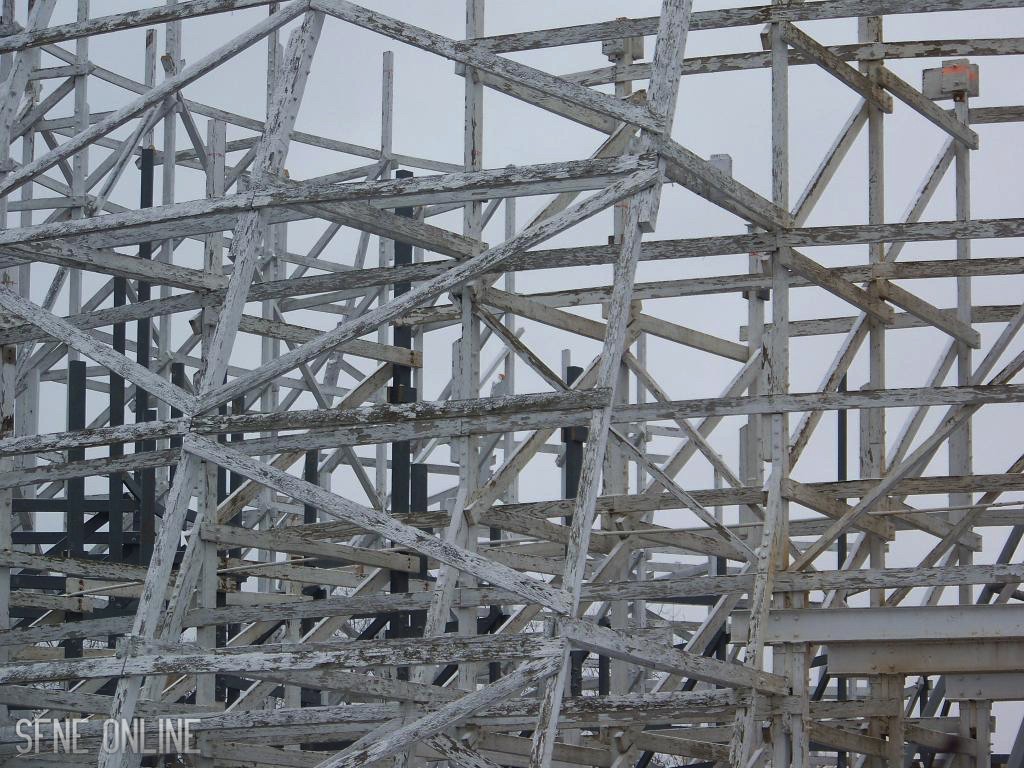 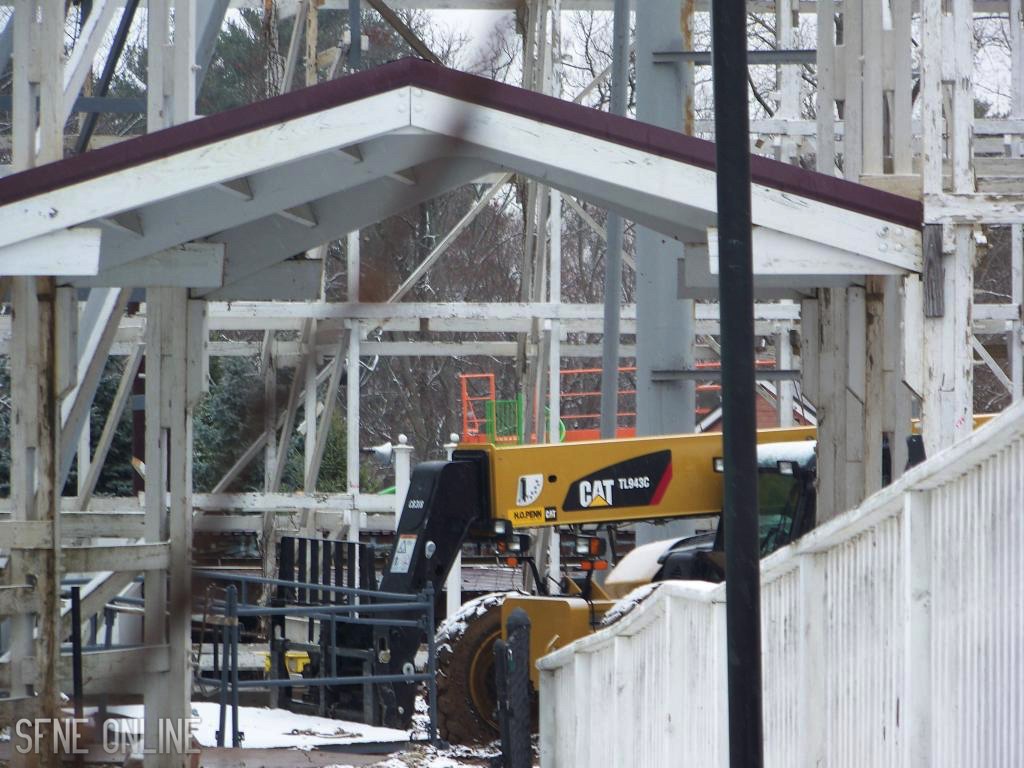 Other work completed since our last update was the installation of a ceiling in the station. 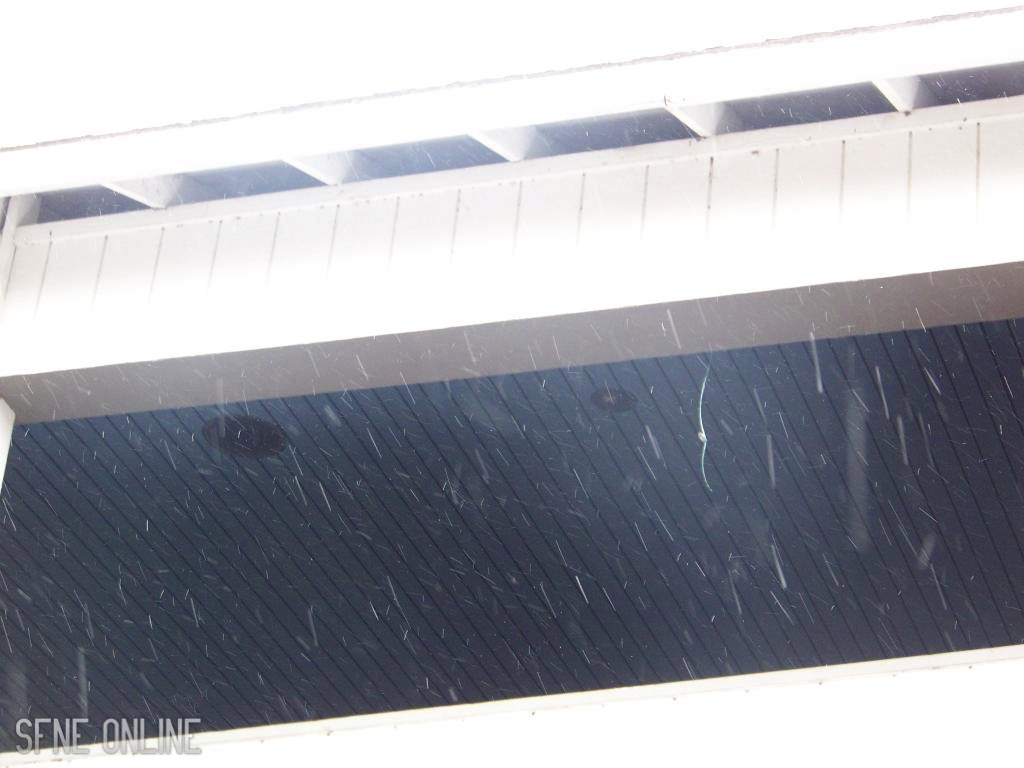 The previous incarnation of Cyclone had exposed rafters in the station. This will be a welcome change. 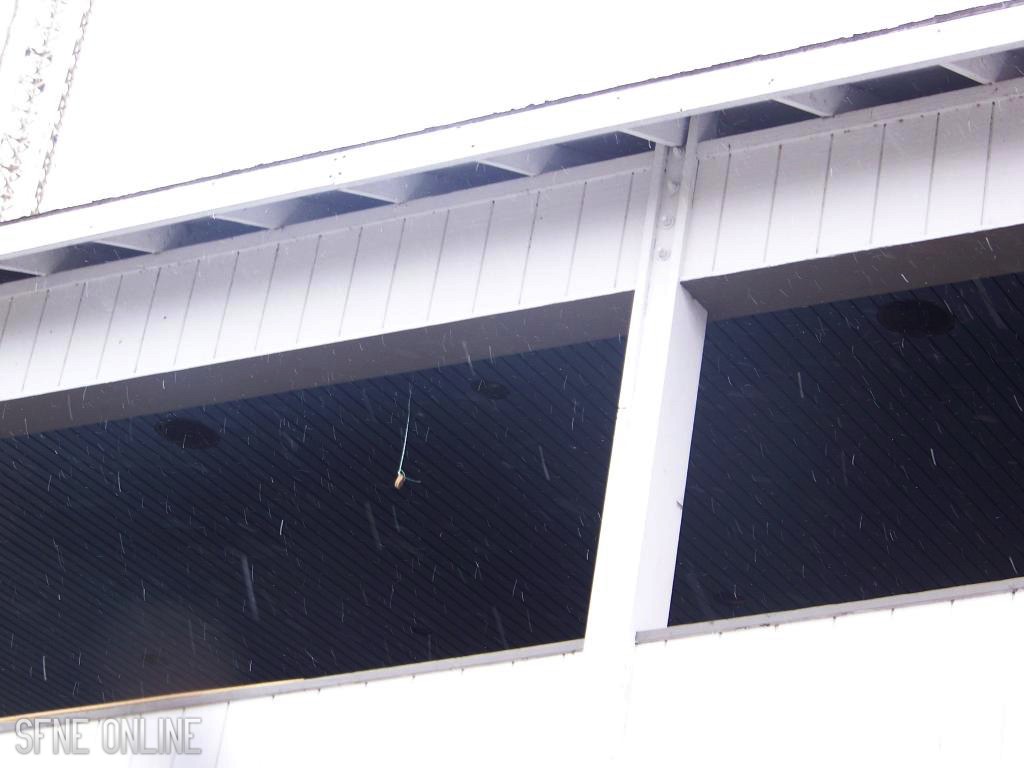 The computer room that we’ve mentioned in the last couple of updates now has walls. I imagine it will soon match the look of the station. 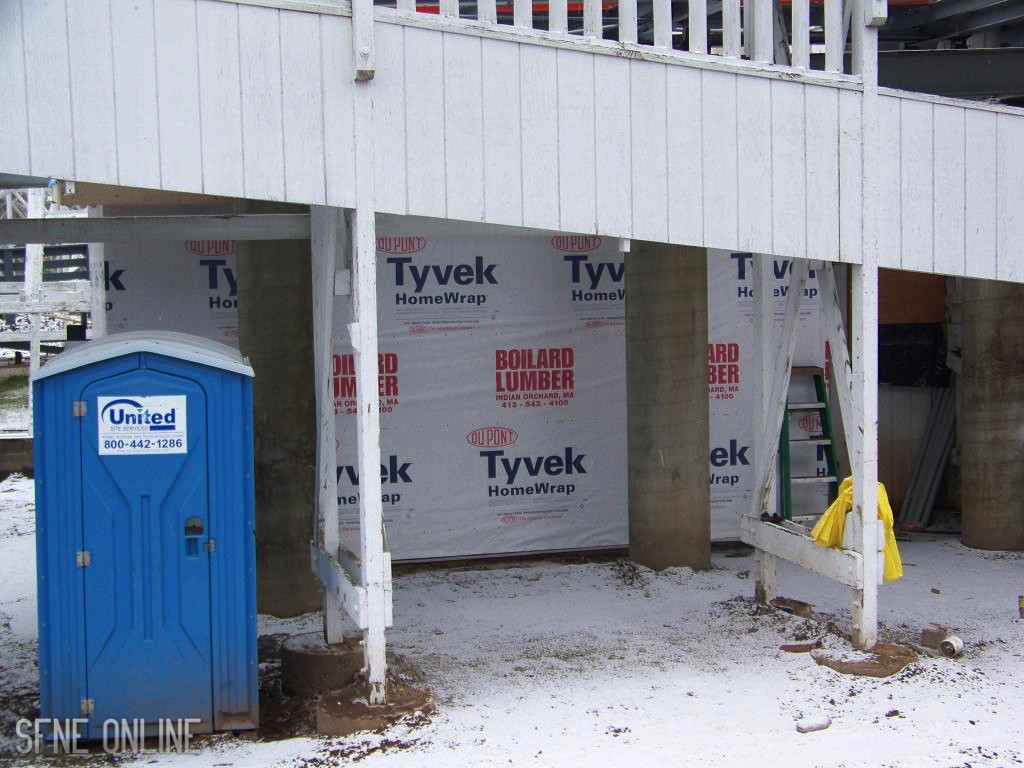 Back in the update for the construction tour, I posted this picture and labeled it “random parts”:

Well now we know what they are being used for… 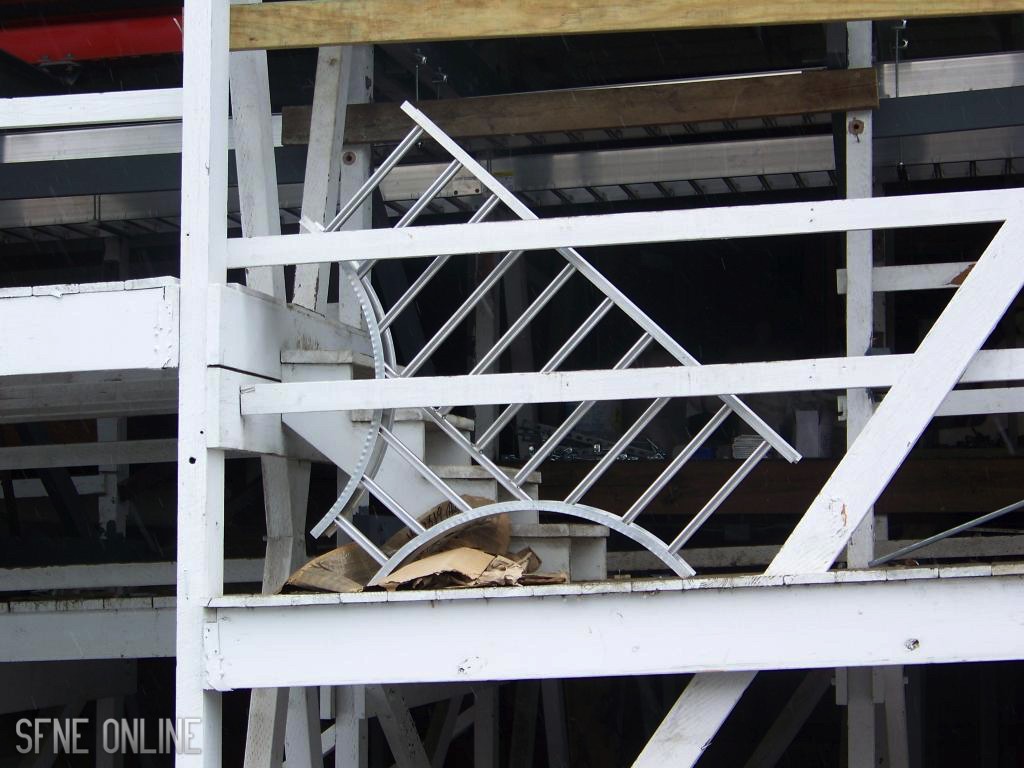 They’re for a new catwalk underneath the station and brake run. 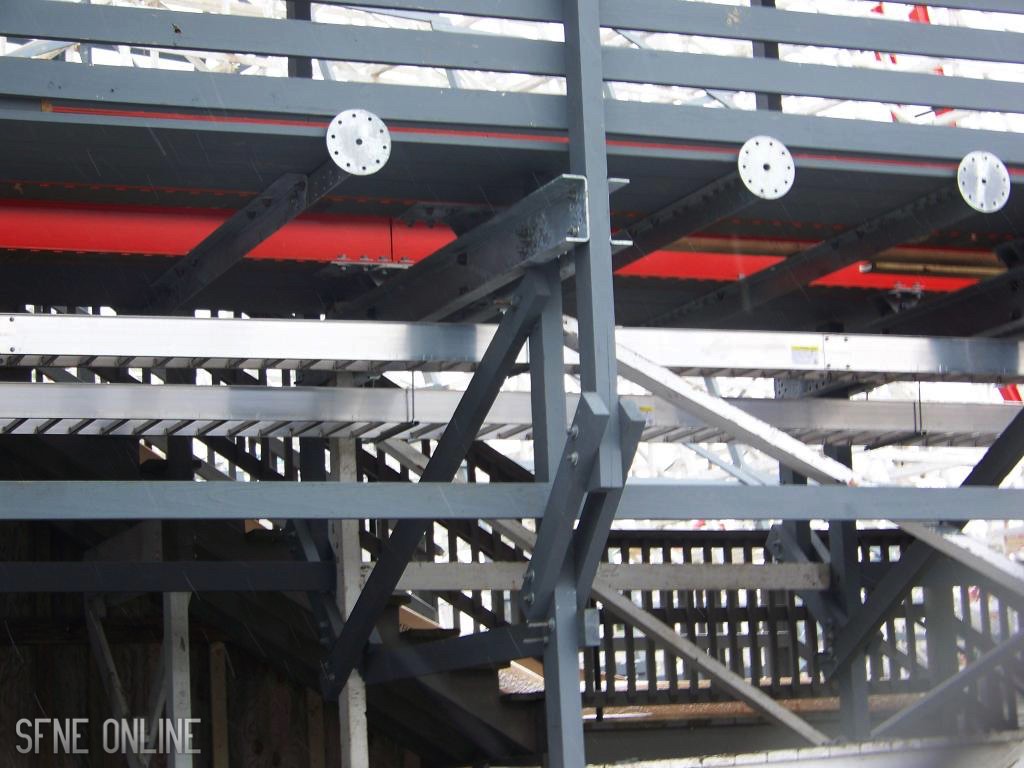 New England Skyway still stands. Like I’ve mentioned before, I don’t expect to see much work done with it until the spring. 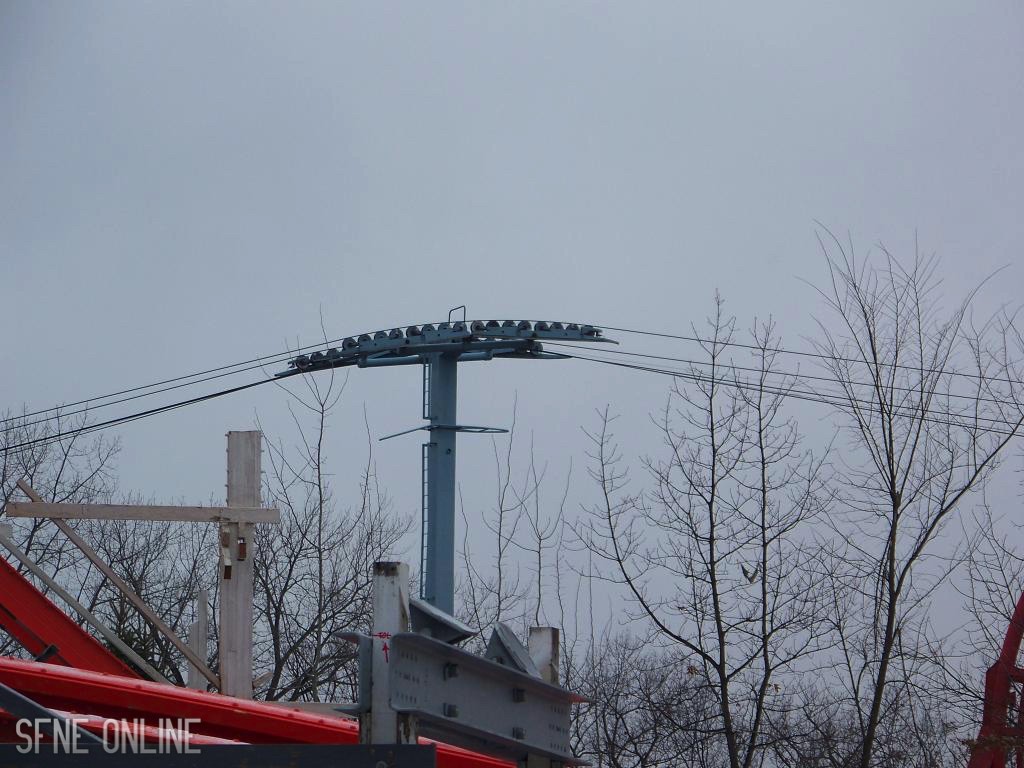 Old Cyclone wood being hauled away. 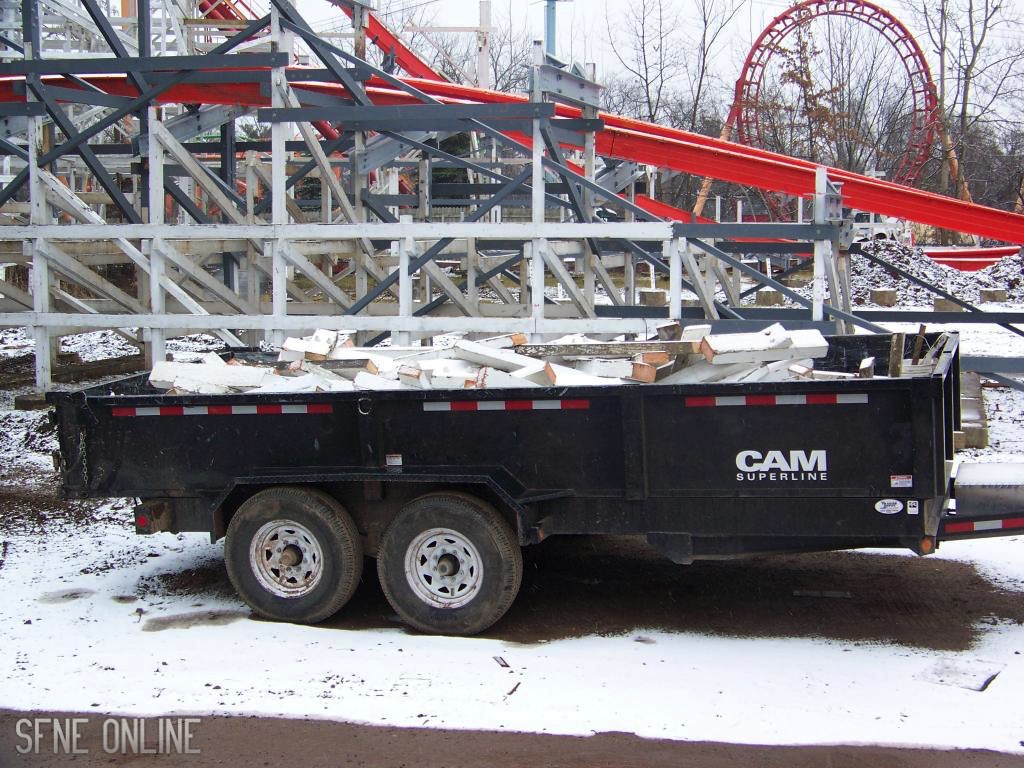 Final shot of the first overbanked turn. No major visible changes have been made to it.

This wraps up our seventeenth Wicked Cyclone construction update (and final one of 2014). Be sure to like us on Facebook and follow us on Twitter to see some pictures of Wicked Cyclone in between our updates! We’ll see you in the new year!