Superman: The Ride update #2 shows that more and more of Bizarro’s purple paint has been stripped back to the classic red of Superman. 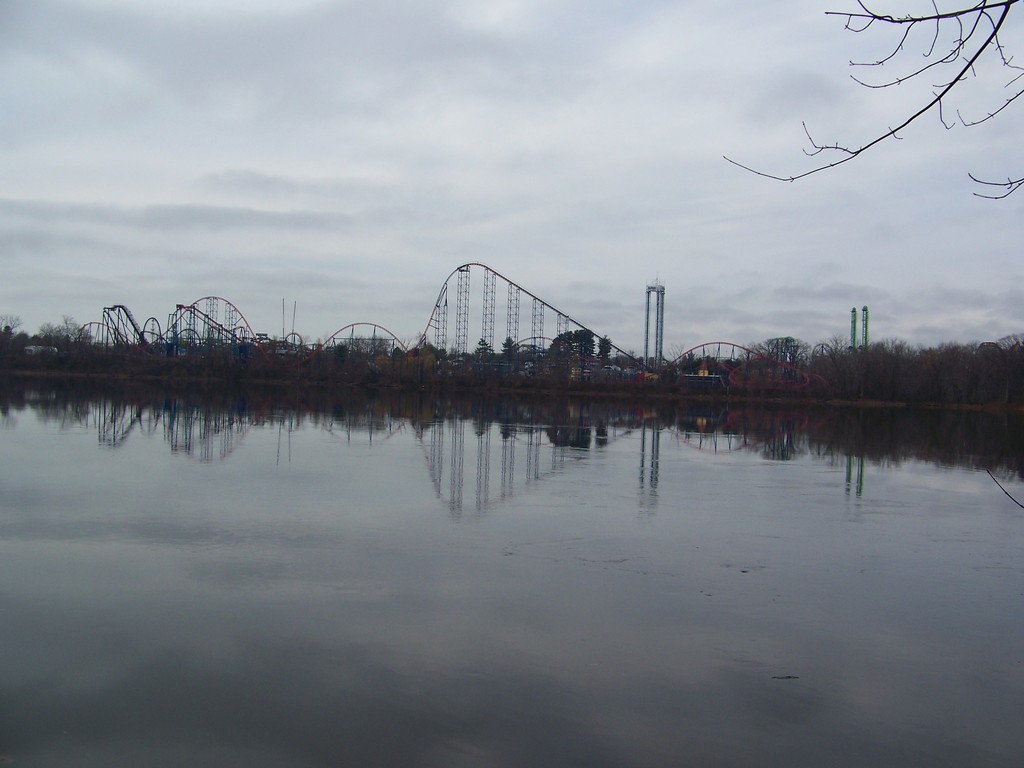 If you couldn’t tell in the picture above, most of the purple paint has been removed from the structure: 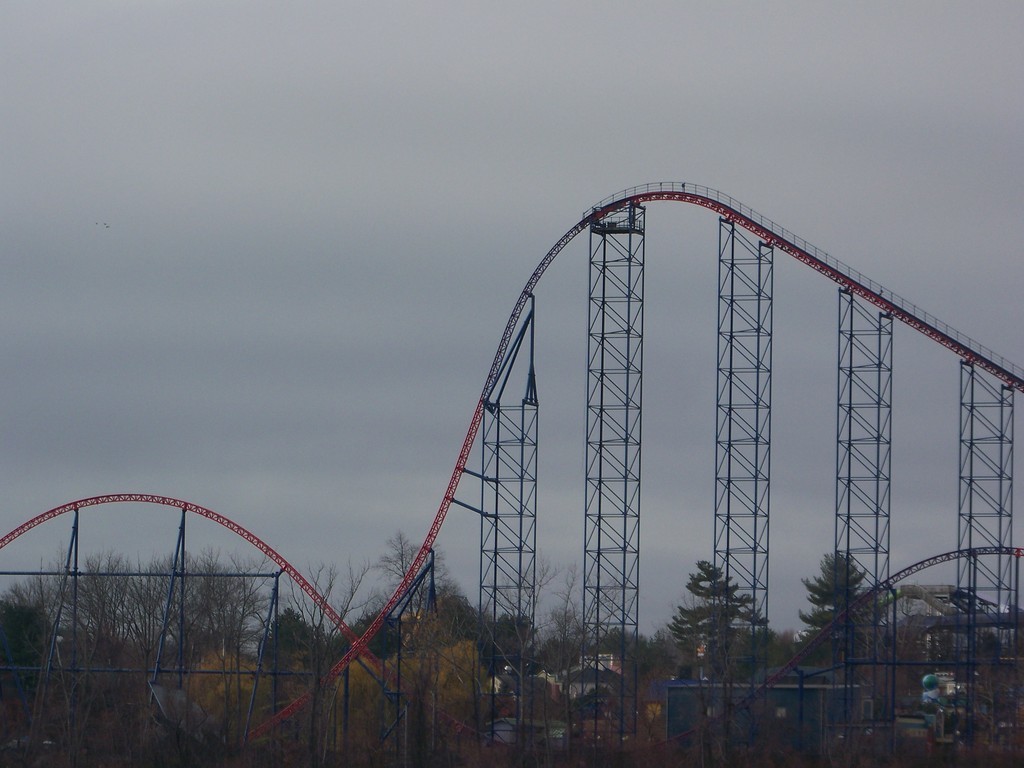 Here’s a closer look. They were actually working on the coaster on the day the pictures for this update was taken (last Sunday). 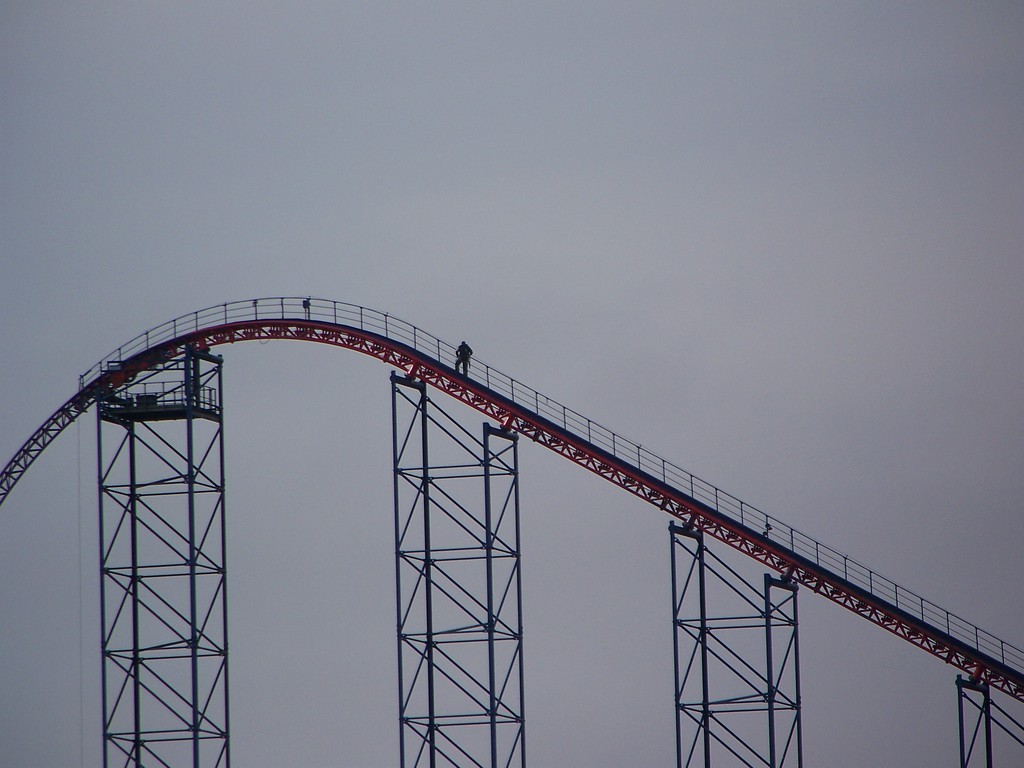 Only that little portion on the drop remains purple. 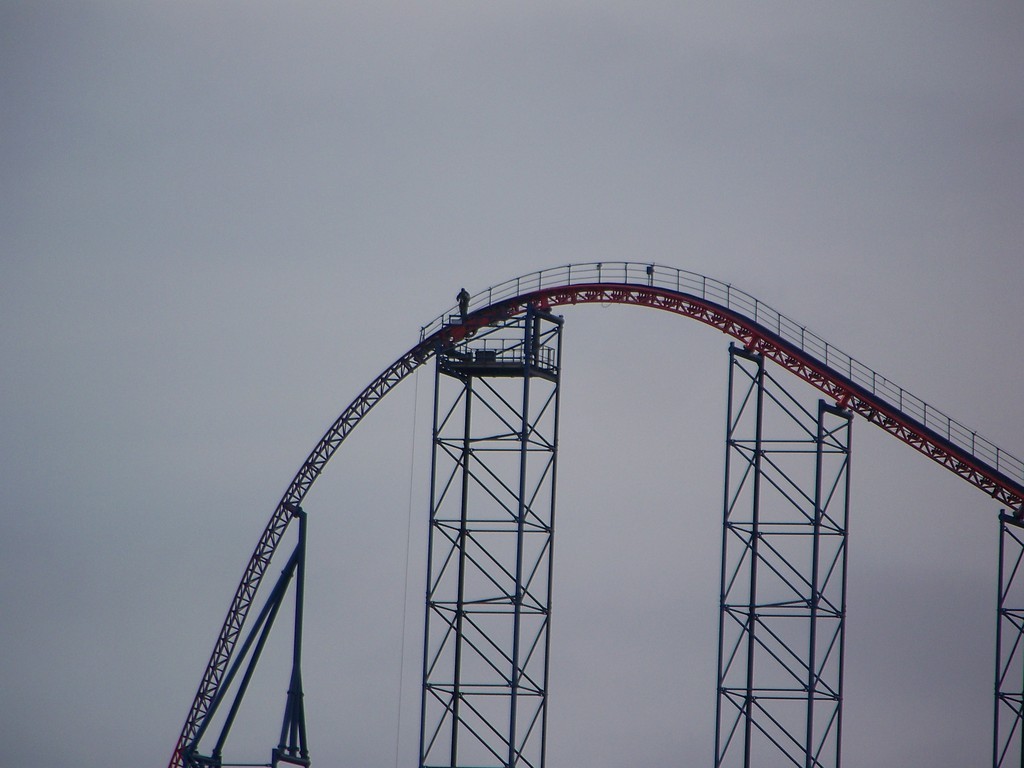 The turnaround section is red again! It will be interesting to see what the park does with the “Bizarro-world” buildings. 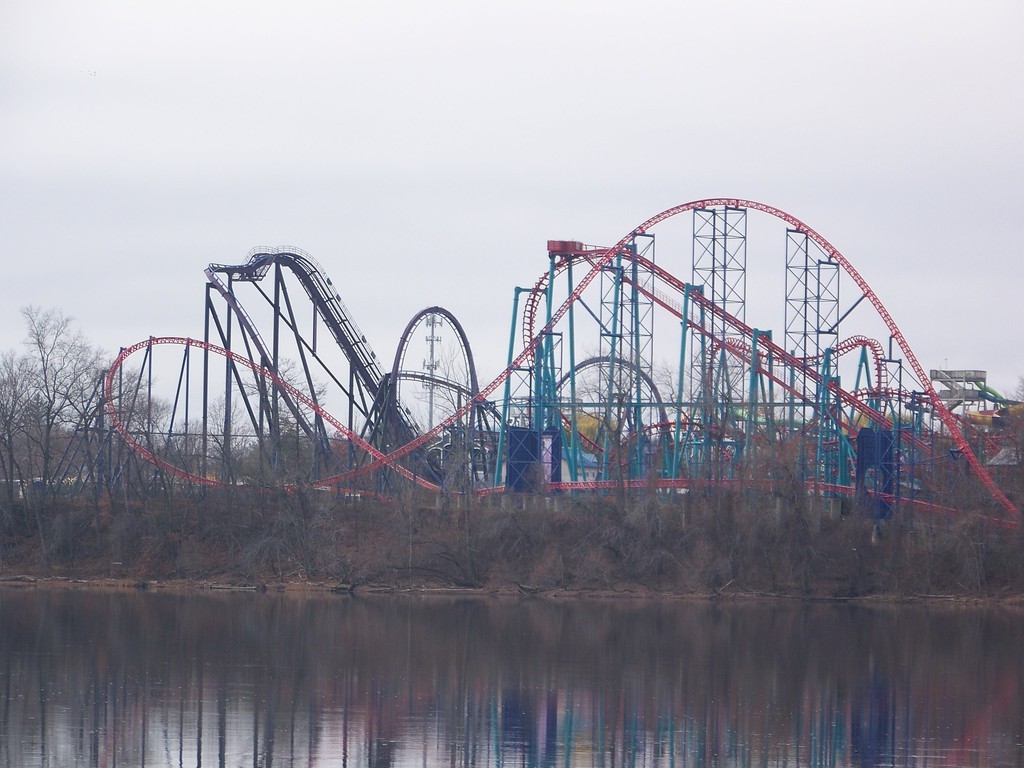 A little purple remains on the airtime hill just after the on-ride photo spot: 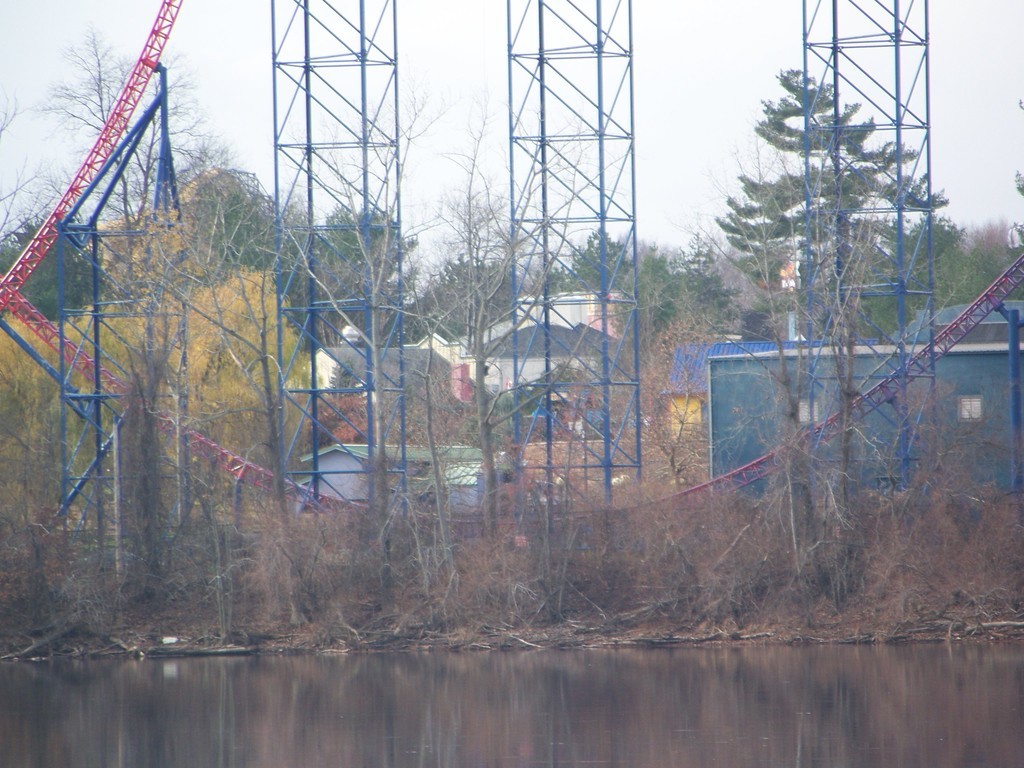 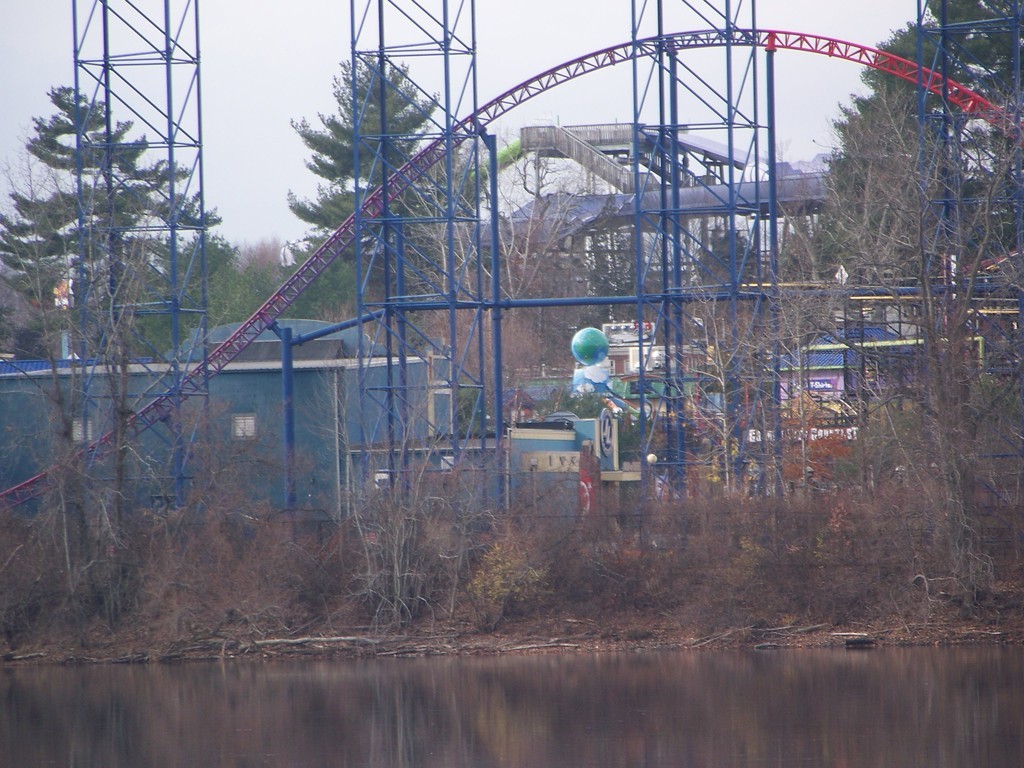 There’s also some more purple on the hill entering the S-shields. 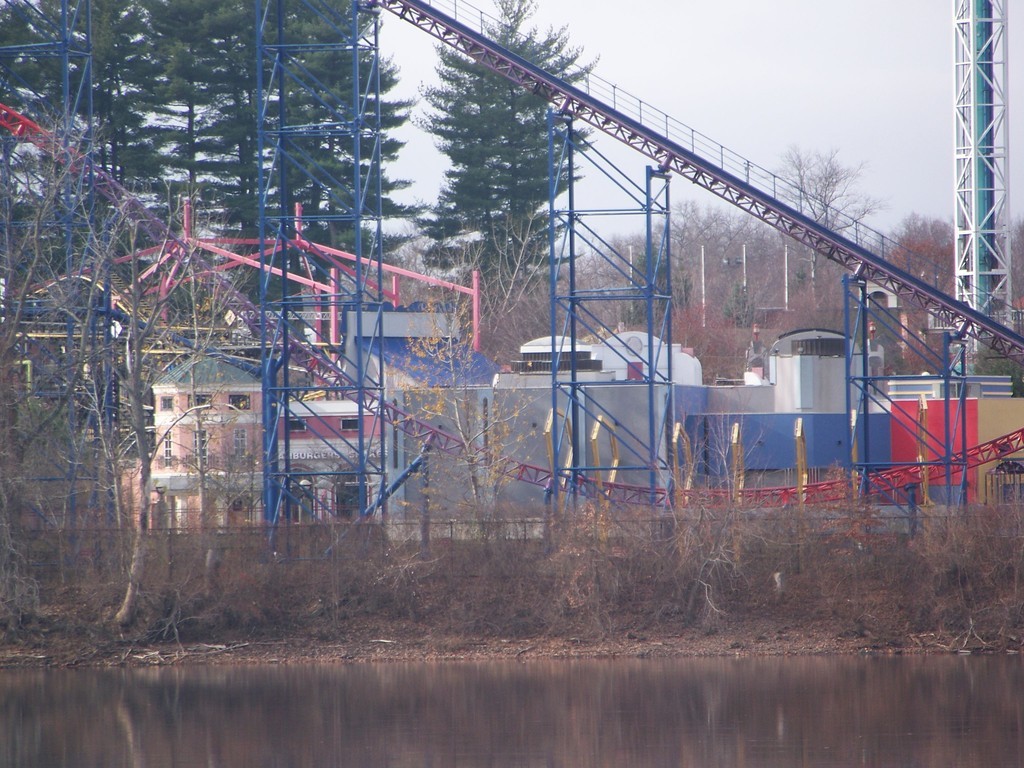 If you look closely, there’s a bit of purple remaining on the spine of the track in the airtime hill into the spaghetti bowl. 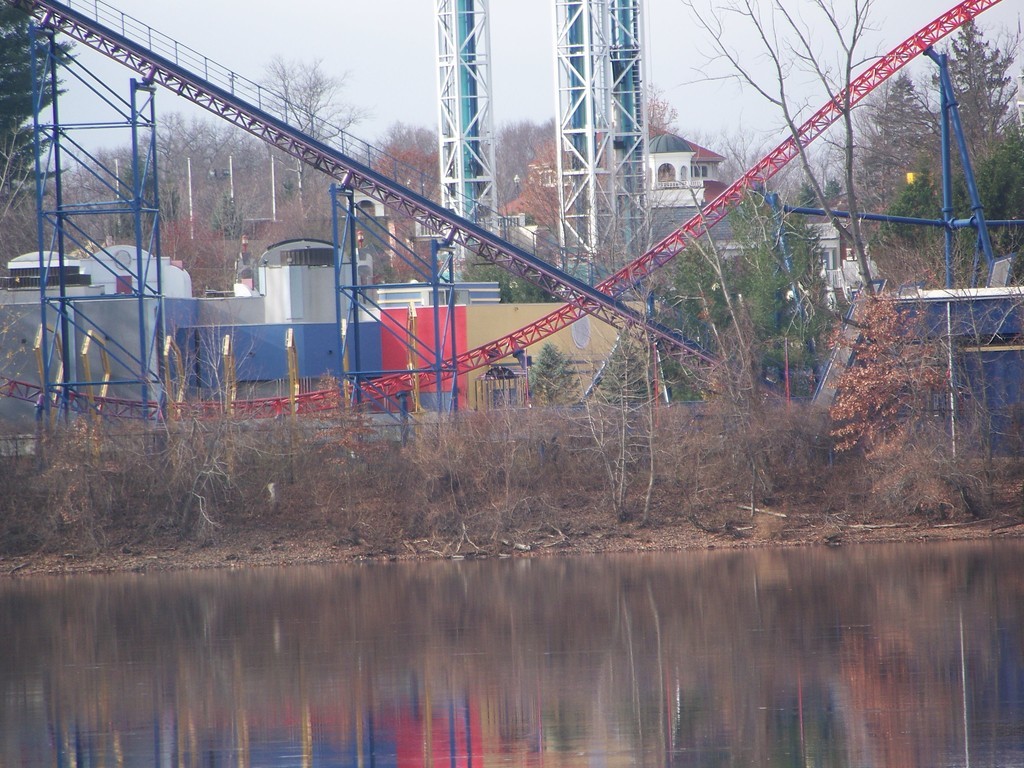 Speaking of the spaghetti bowl… 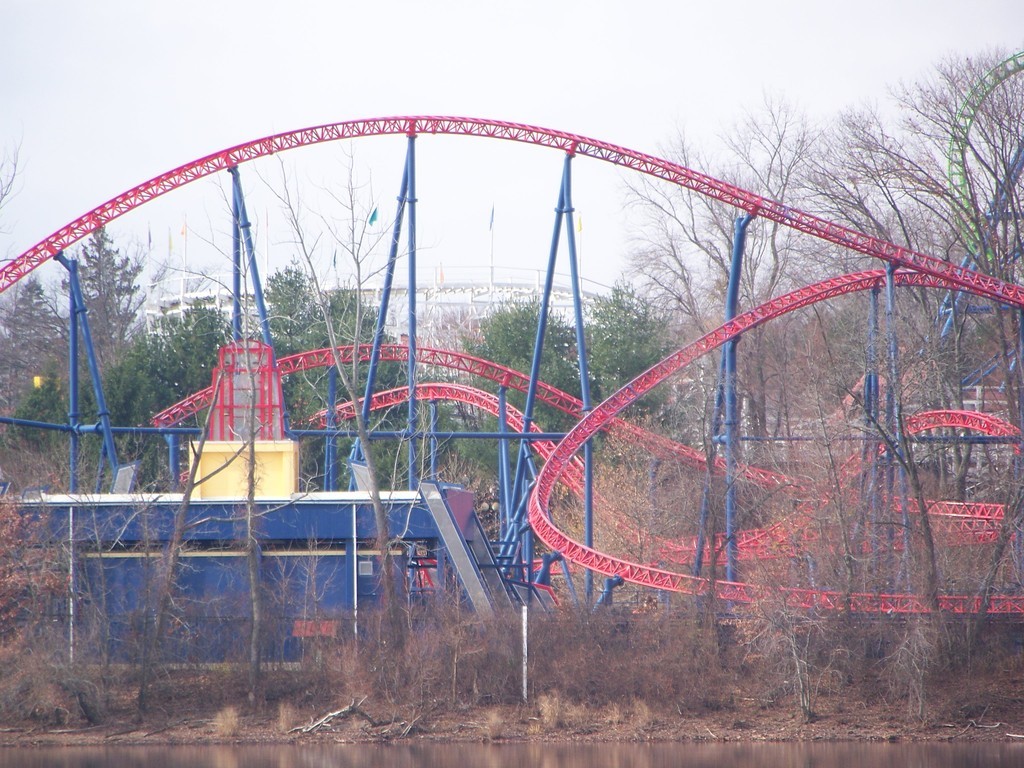 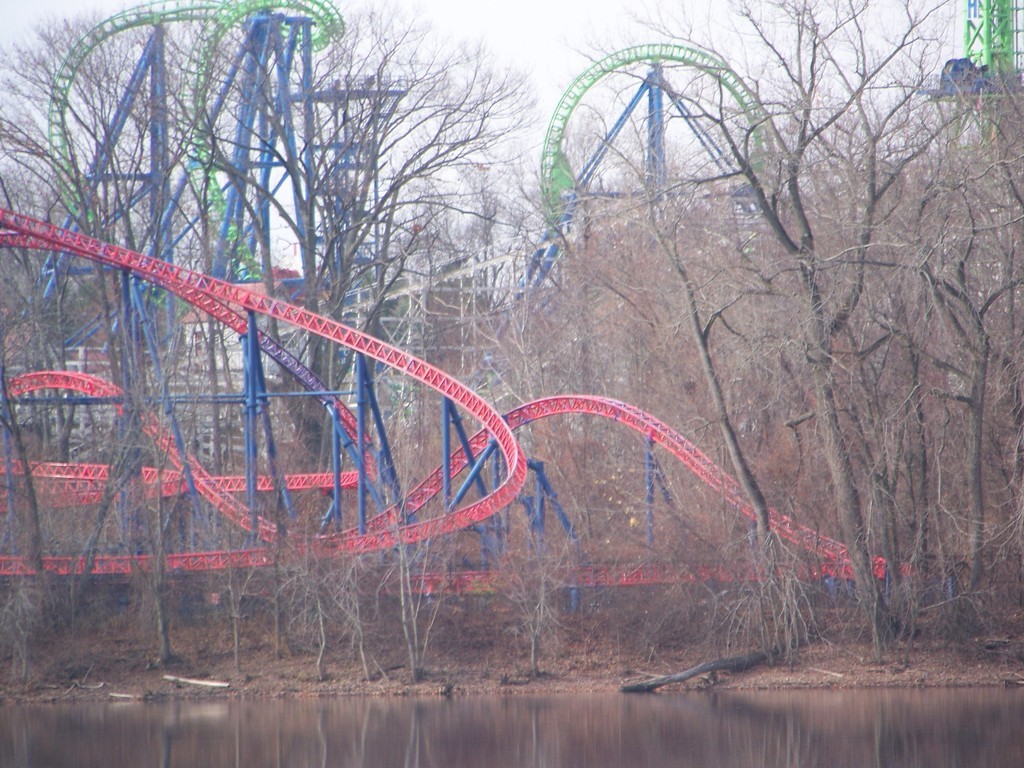 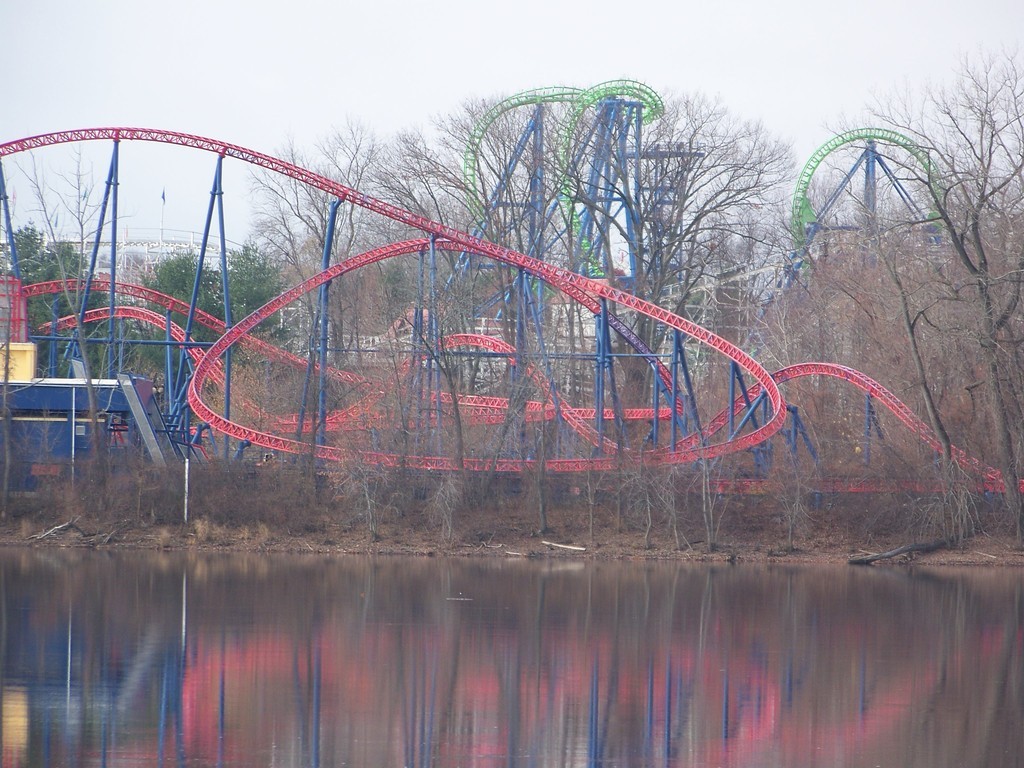 These pictures remind me a lot of the first pictures we took for the Bizarro conversion back in November of 2008:

Superman transforming to Bizarro in 2008. 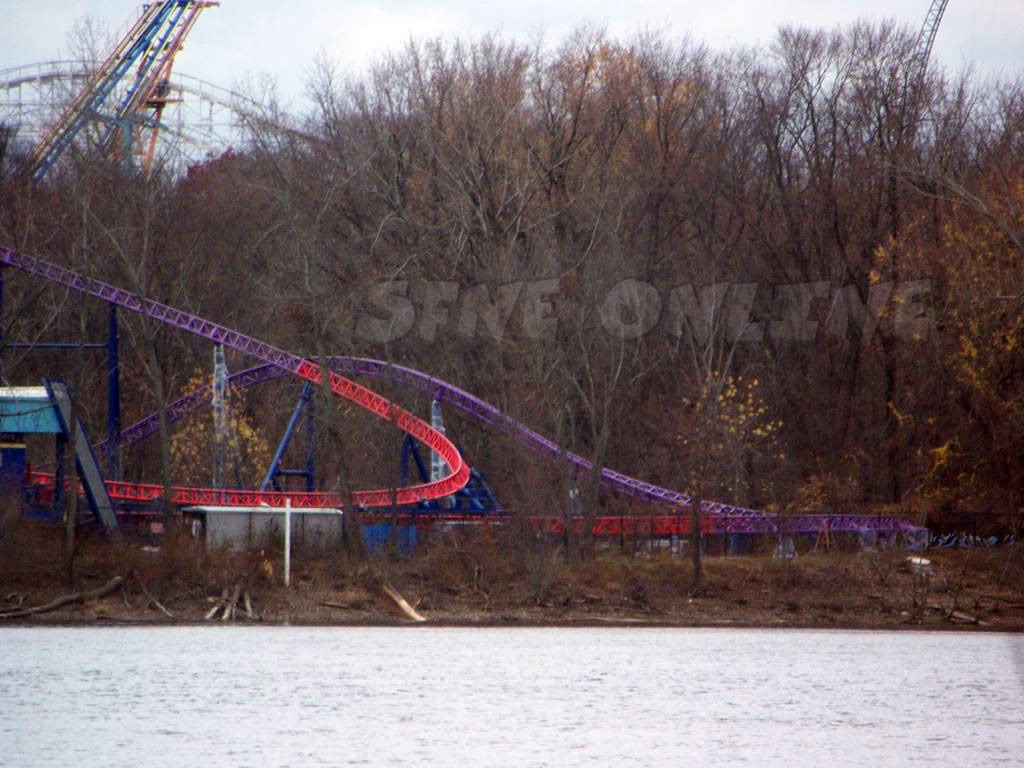 Now back to 2015… This is our last picture for this update. 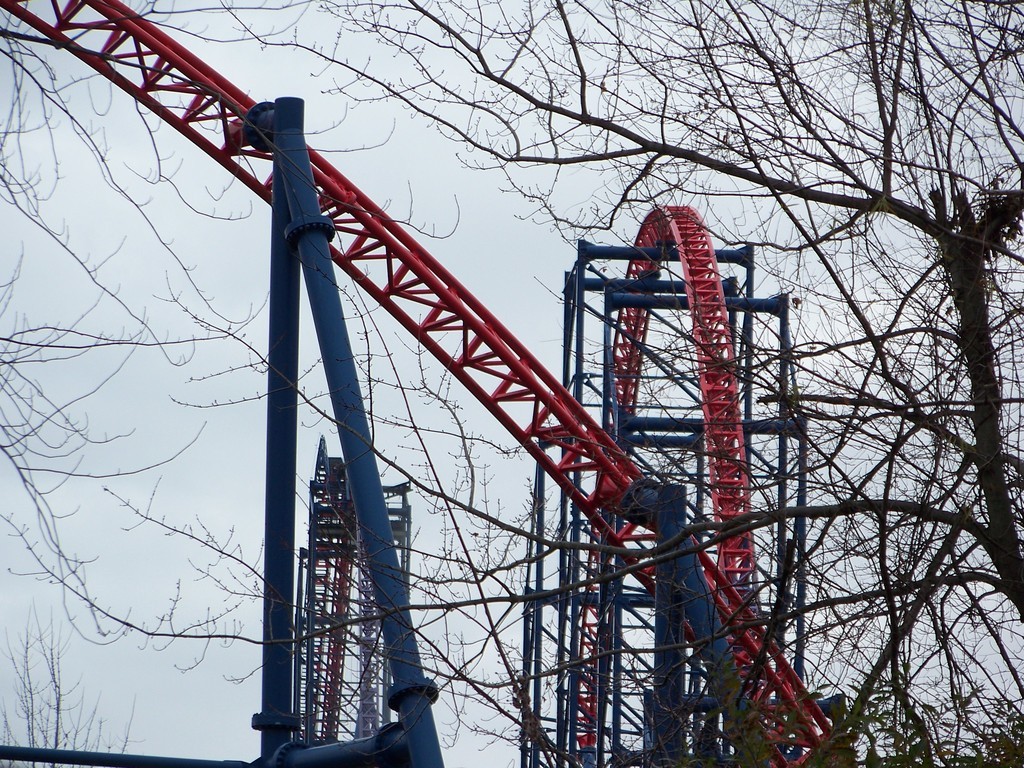 That does it for our second Superman: The Ride update. Be sure to like us on Facebook, follow us on Twitter and follow us on Instagram to be updated with Superman pictures in between our updates. Also, be on the lookout for Fireball updates throughout the off season. See you soon! 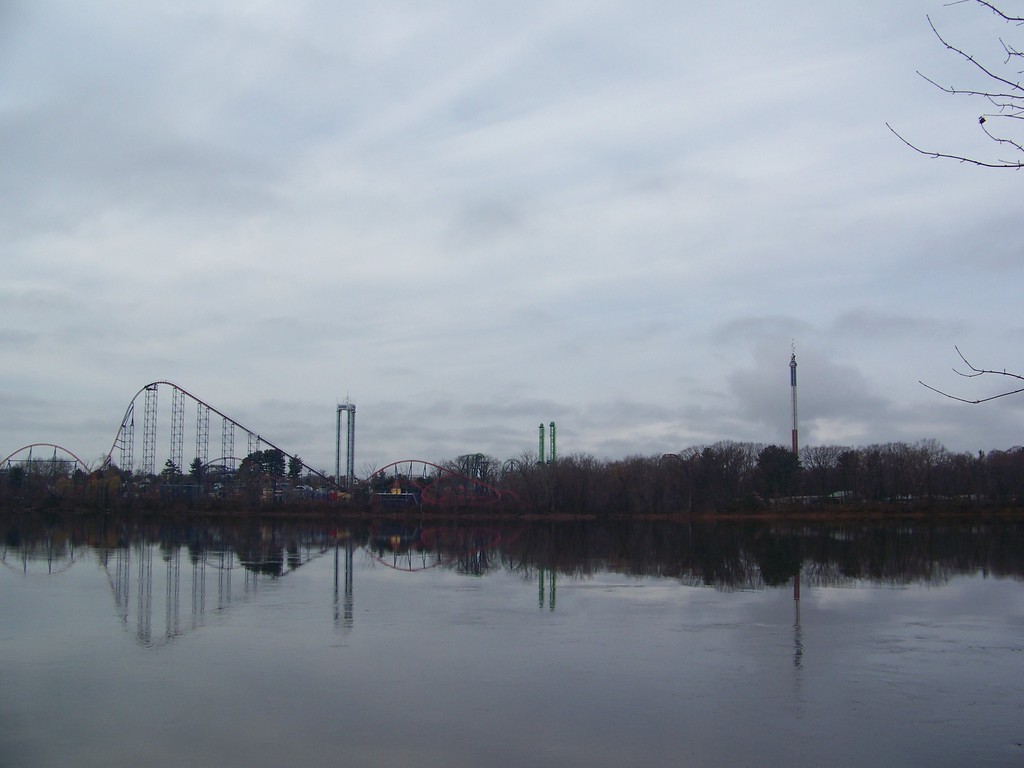