Thunderbolt's paint job is complete, Bizarro up next!

You read that title correctly… Bizarro is getting painted! At this time we don’t know if they are just touching up the areas where it was really red or if they are going to completely repaint the whole coaster. Before we get to Bizarro, lets take a look at Thunderbolt. The paint job was completed last weekend but we’re just posting these pictures now. In the picture below you can see how great the station now looks. 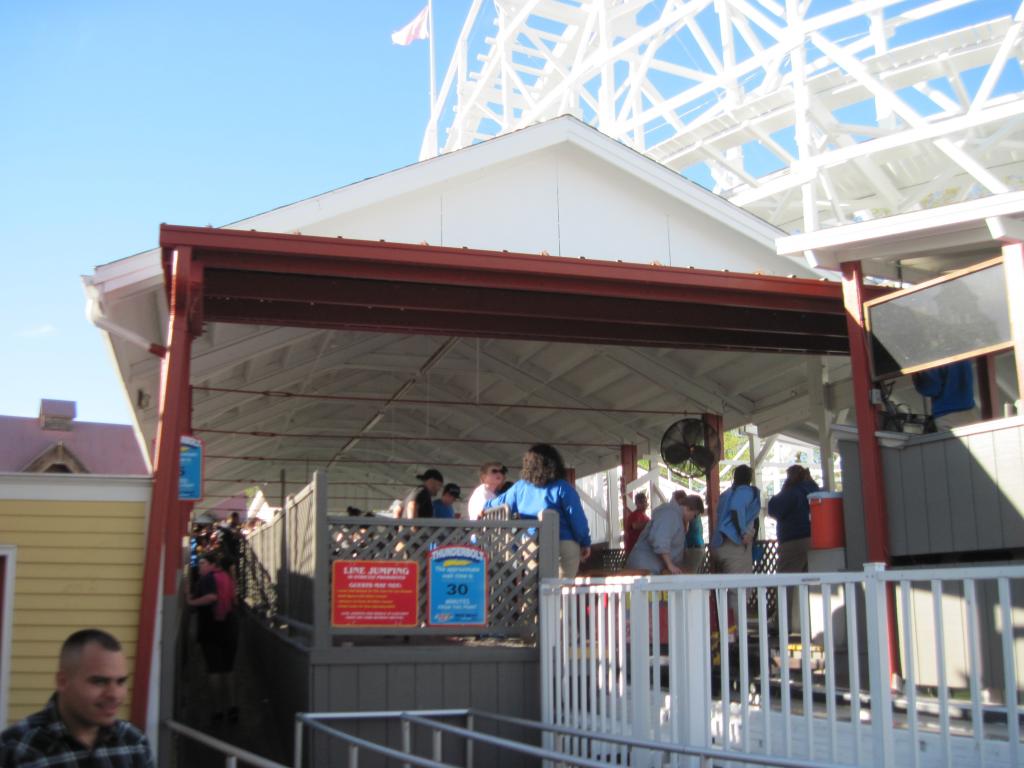 The only spot it looks like they aren’t going to paint is the floor. It doesn’t matter if it is painted much since the white paint would just get scuffed up with sneaker marks within the first week. 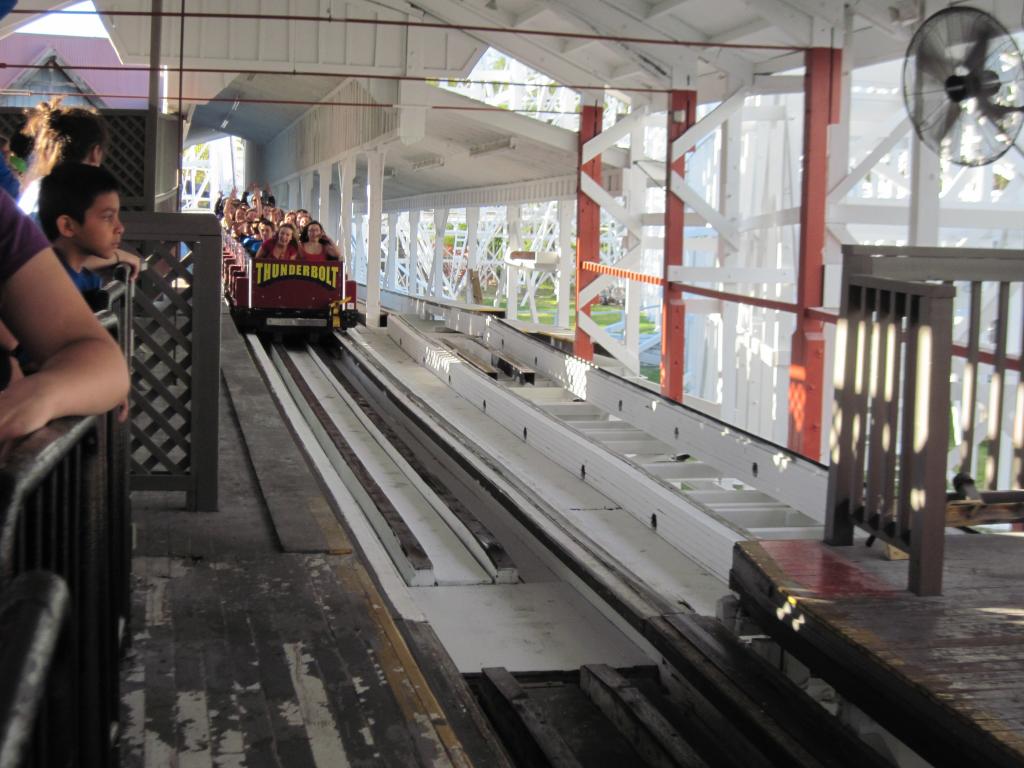 You can see the paint cans in the foreground. 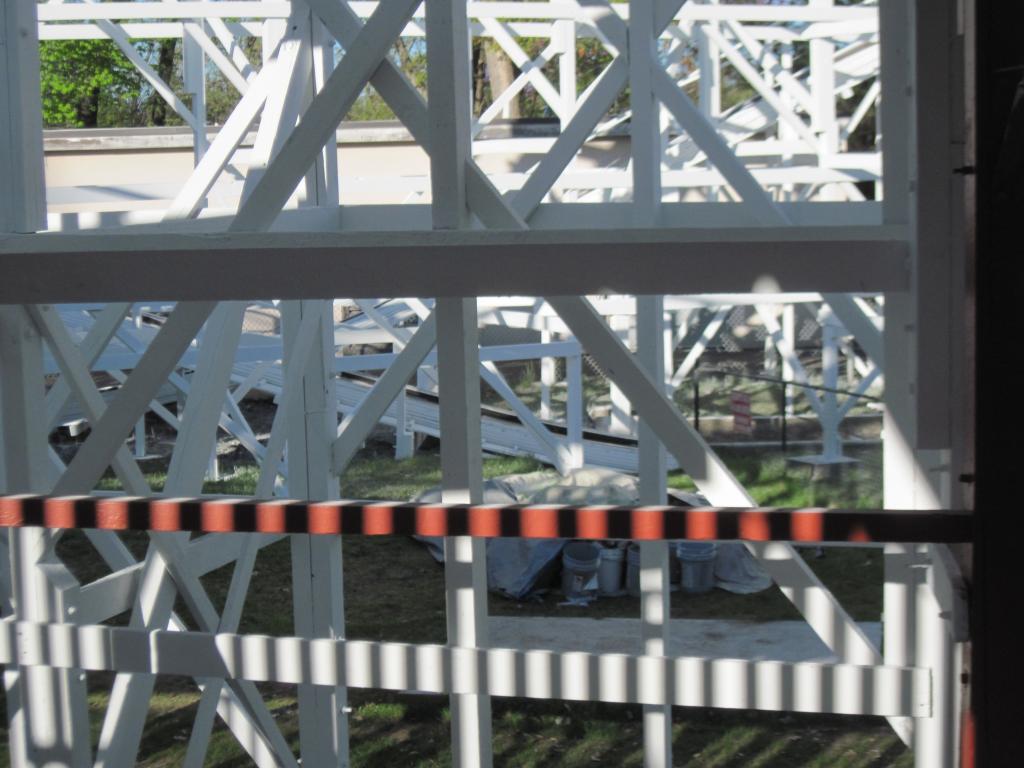 The turn around by Scream now looks beautiful. 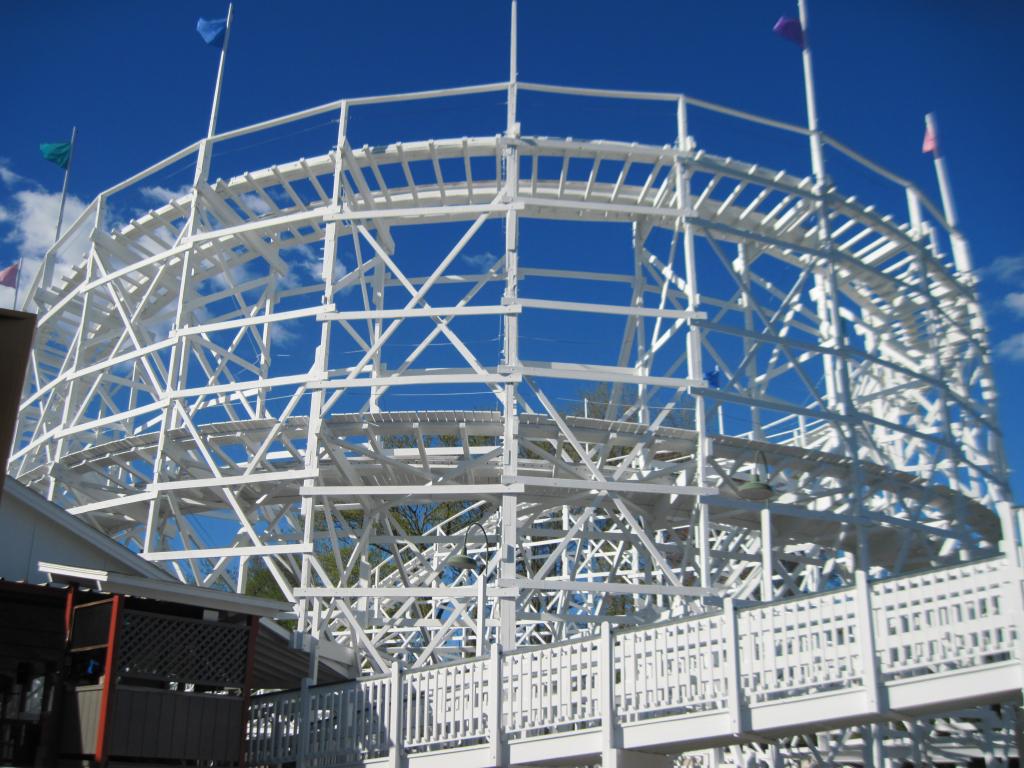 These next two pictures won’t have caption’s because the only thing I can think of saying is, “Wow, Thunderbolt looks perfect!” 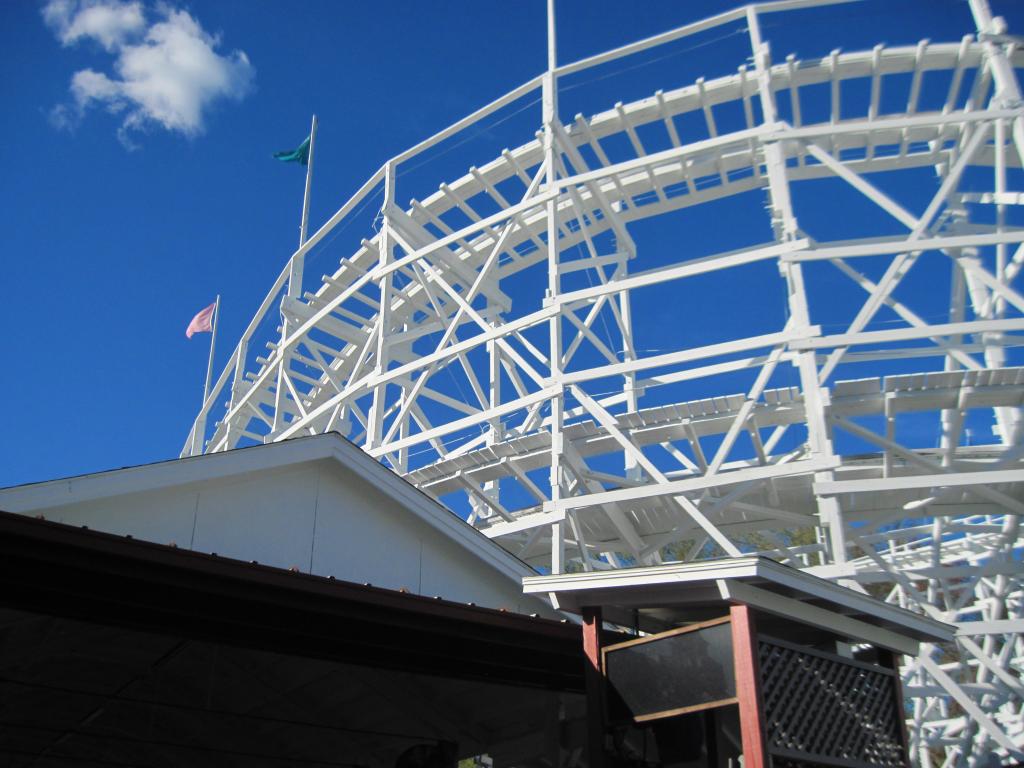 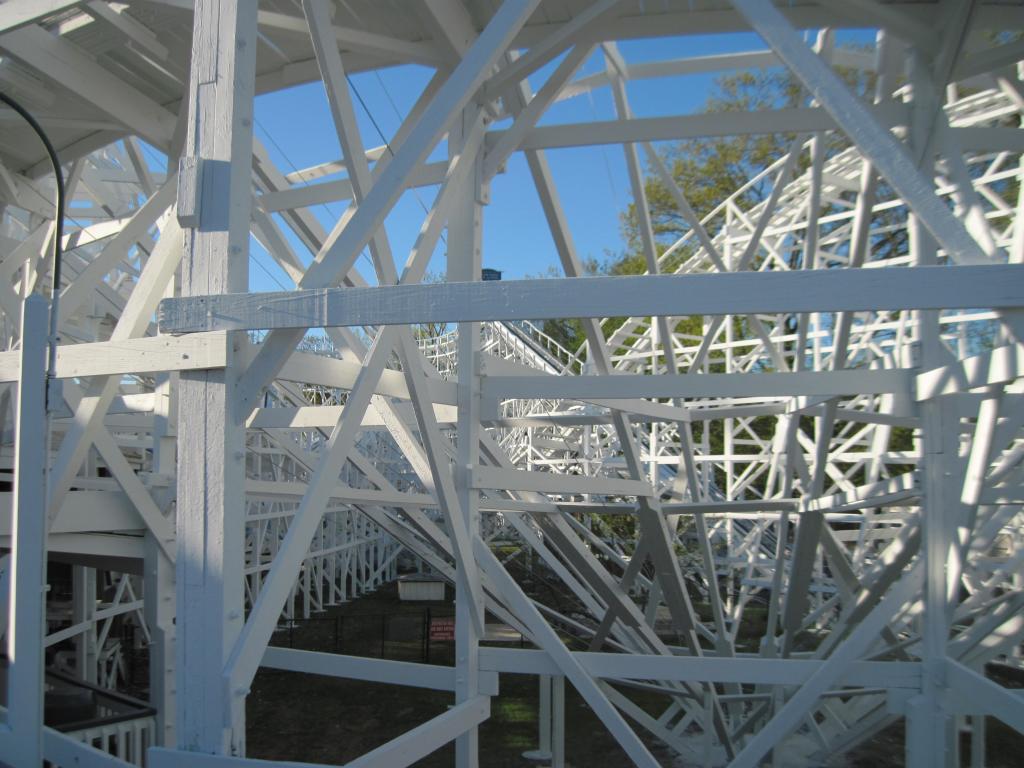 Now that we have Thunderbolt out of the way we can talk about Bizarro. If you’ve been following us for a while, you would know that we’ve been poking fun at how red Bizarro became during the off season. The second tunnel was arguably the worst spot of the ride because the mist. We can understand why it was red in there but not in the other places where there were splotches of red. It seems like the park was thinking the same thing we were (well kind of, we were saying to theme it back to Superman) and decided to paint the bad spots. Here is a before and after of the second tunnel: 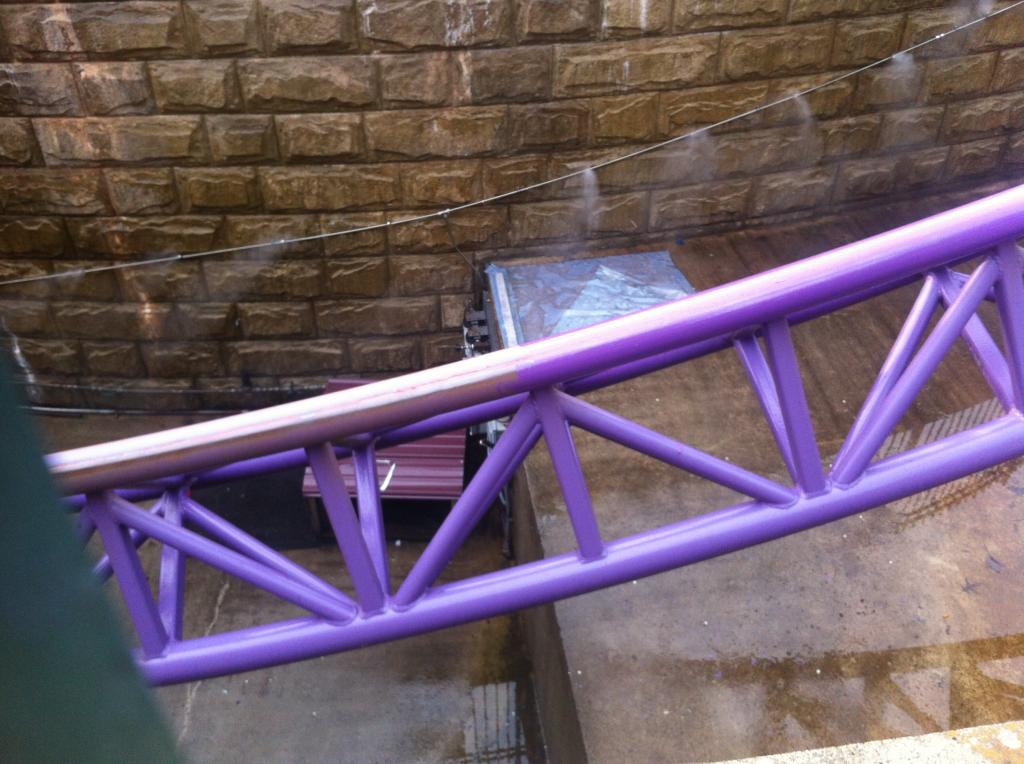 You can really notice the difference in the station. You may notice that only the rails have been painted so far. We aren’t sure if they will paint the inner part. 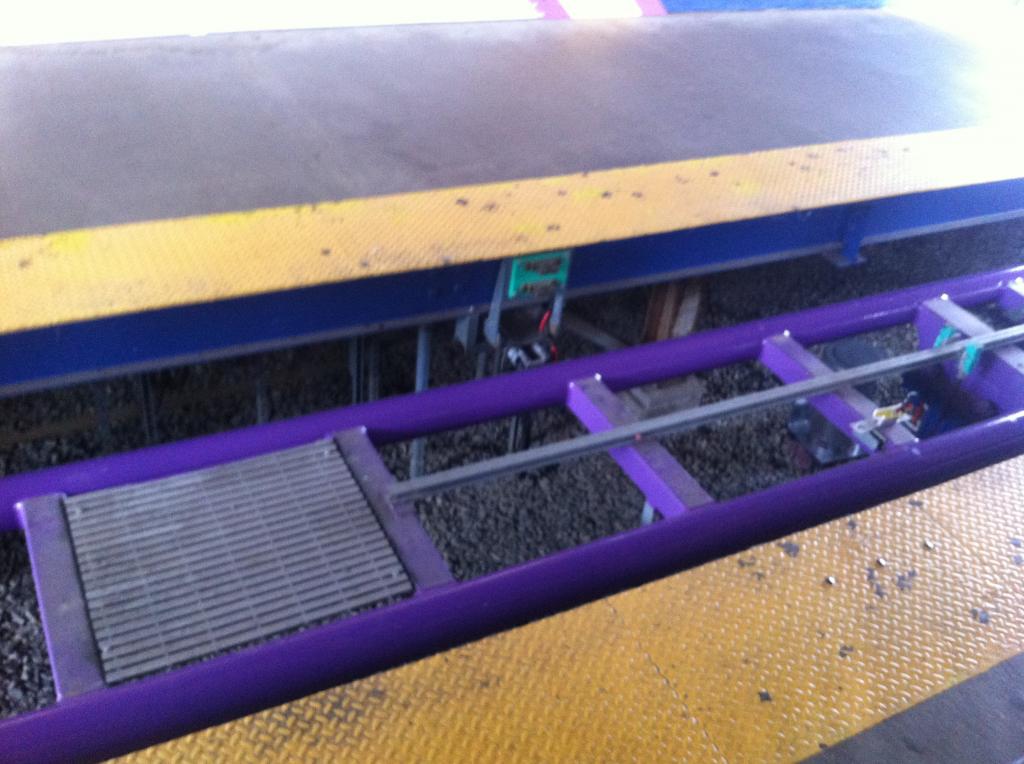 We are very, very, very happy to see SFNE make Bizarro look as good as it did in 2009. Even if they are just touching up the rails in some places it still makes a difference. The pictures of Bizarro were taken by koasterkid on our forum. He also said that the spaghetti bowl supports looked dark and new looking. The transfer tracks rails have also been painted and the brake run appears to be the next section to be painted.

Not only has the park added new paint to the ride itself but they have also begun the process of freshening up the storyboards in the queue. They were starting to fade from the sun so they have been applying stickers over the faded parts to make them look new again. The audio has also been working well on the yellow numbered train. It’s weird to actually say that because even in 2009 the audio on the yellow numbered train had issues. The blue numbered train’s audio is still broken and works intermittently. We’re hoping that they will get everything worked out soon. It appears to us that they are trying to improve everything to make it look good for Coaster Con.

The icing on the cake would be the return of the flame throwers. They still have the system in place. All they would need to do is put the pilot (the part that has a flame in it all the time) back on and bring back the propane tank. Everything in the picture below is still there except for the silver box on the very top of the posts. 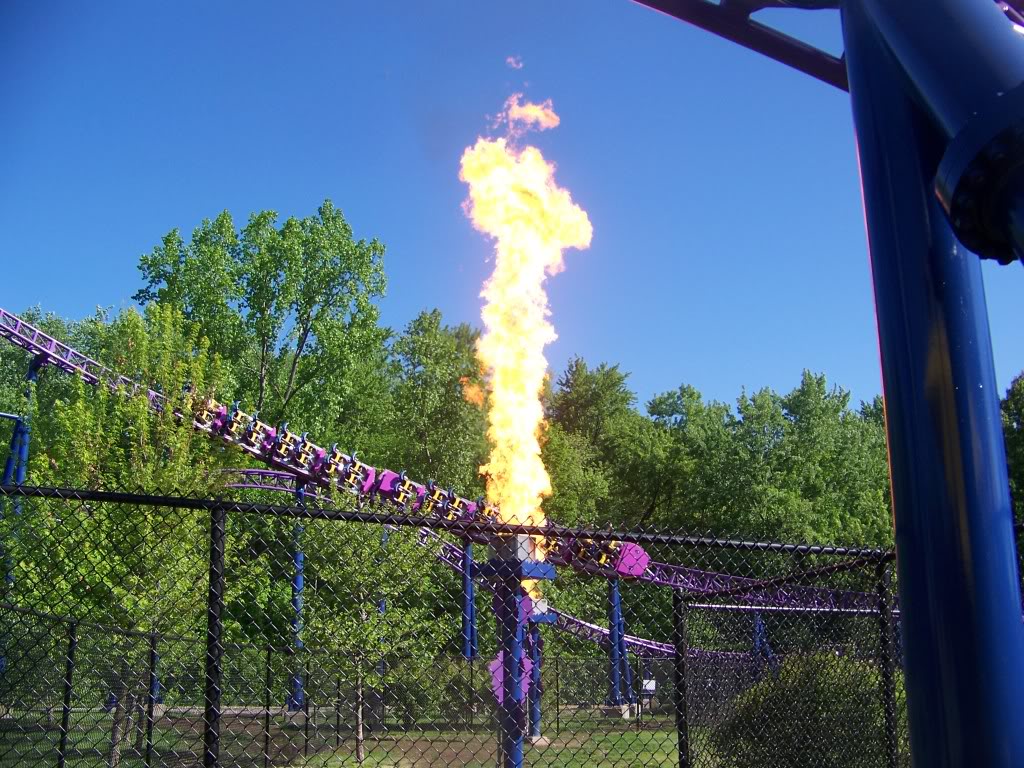 If it does come back we would like to see the park only use it on cooler nights and overcast days. We know there were a lot of complaints because it made the people waiting in the queue even hotter.

Like we did for Thunderbolt, we will keep you updated weekly on the painting process. What do you think, are you happy that it is getting a new coat of purple or do you wish they made it Superman again?