Changes to the Great Escape for the 2013 season

As some of you may know several strange signs popped up around the Great Escape during Fright Fest last year. One of the signs was located between the Canyon Blaster roller coaster and the arcade in Ghost Town. The other popped up in front of the Chippers Magical Mystery ride dome. The ride was removed from the dome in 2004. Since then, the dome remained standing. If you aren’t very familiar with the Great Escape, the dome is located by the park’s sky ride, overlooking Boomerang: Coast to Coaster. 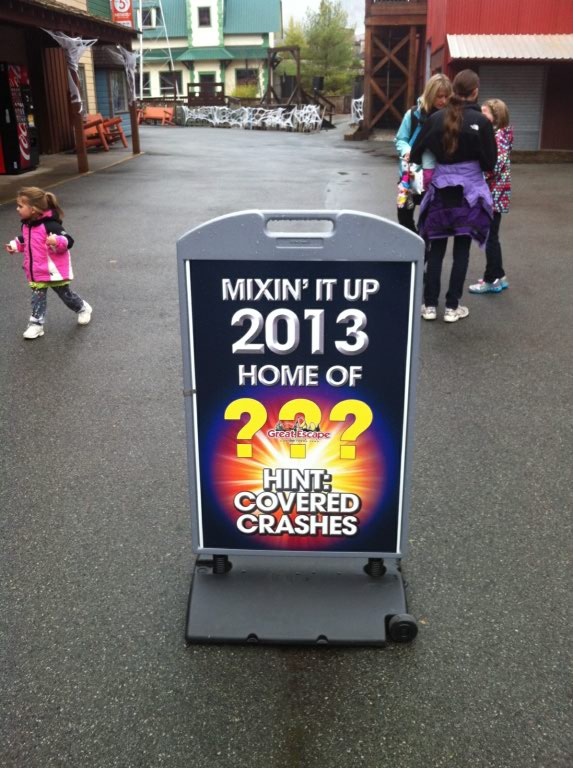 This is the sign that showed up in Ghost Town. The hint is rumored is about the relocation of bumper cars to Ghost Town. We’ve been able to confirm this with sources. Although where would the put it? The most likely possibility is the arcade directly across from Canyon Blaster. Although the arcade was open during Fright Fest last year, it has not been open as much as past years. Utilizing this space would be perfect. Below is a picture of the bumper cars in their existing location and an overview of the arcade. 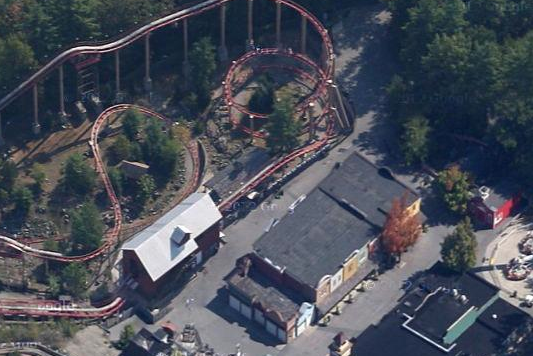 Chippers Magical Mystery is a dome that used to house an indoor scrambler. You would get loaded into the ride carriage, the lights would go off and The Beetles Magical Mystery Tour would play with lighting effects and strobe lights. Six Flags removed the ride from the dome as a precaution to someone dying on a indoor scrambler ride at another park. The scrambler was removed from the dome after the 2004 season. The park also needed a quick ride replacement for when Jumbo was relocated to Six Flags Great Adventure. The scrambler was rethemed to Blizzard and was then moved to its current location. Below is a picture of the sign. 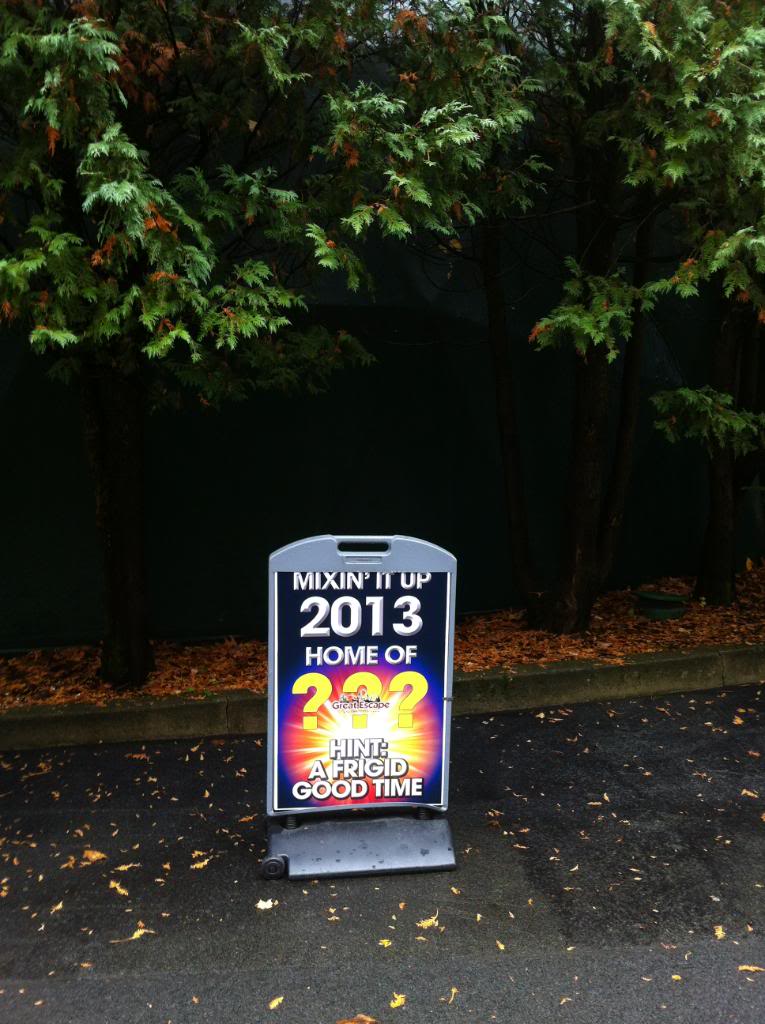 We have confirmed with the Great Escape that Blizzard will be moved back indoors for the 2013 season. GE Central is now reporting that Balloon Race will be relocated to where Blizzard was. This year is shaping up to be an amazing year for the Great Escape, with some rides being shuffled around and the addition of Screamin’ Eagles. I am sure that we will be seeing new restaurants and new shows at the park this season.

The Great Escape has since confirmed our earlier report. Blizzard is indeed moving back indoors and will retain it’s name and theme. The dome will be themed like an igloo and will have A/C to further the Blizzard theme. Here are some pictures of the repainted dome. 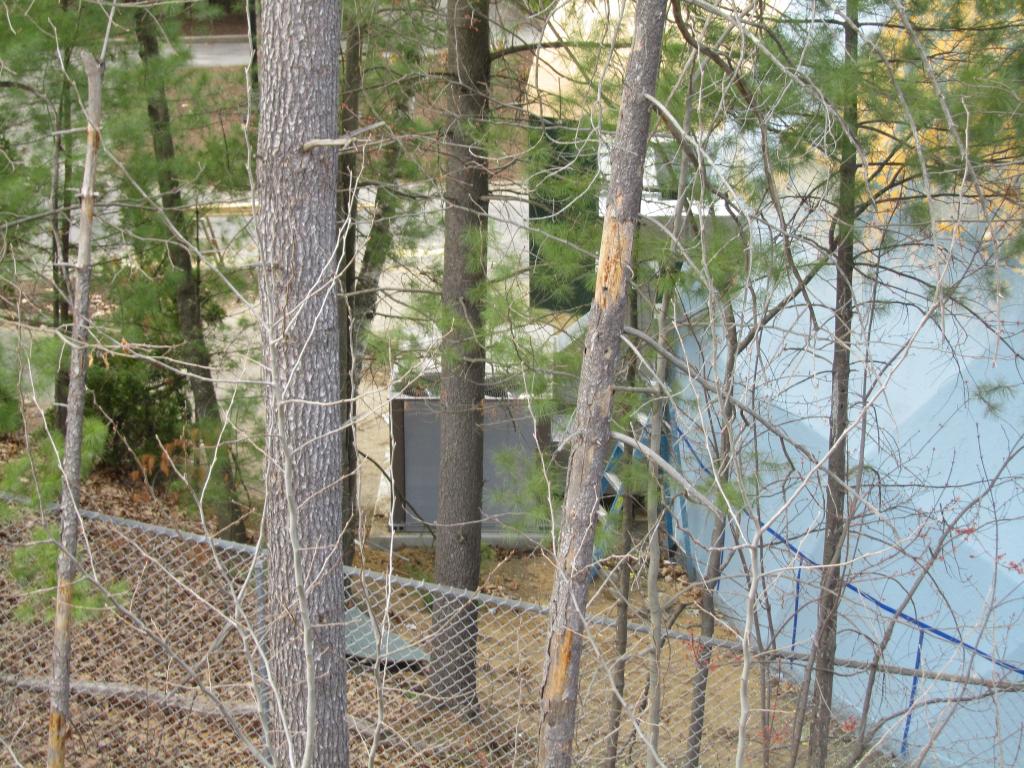 You can see the new A/C unit behind the dome in the picture above. The picture below shows off the new color of the dome. The dome will also feature sound and lighting effects. 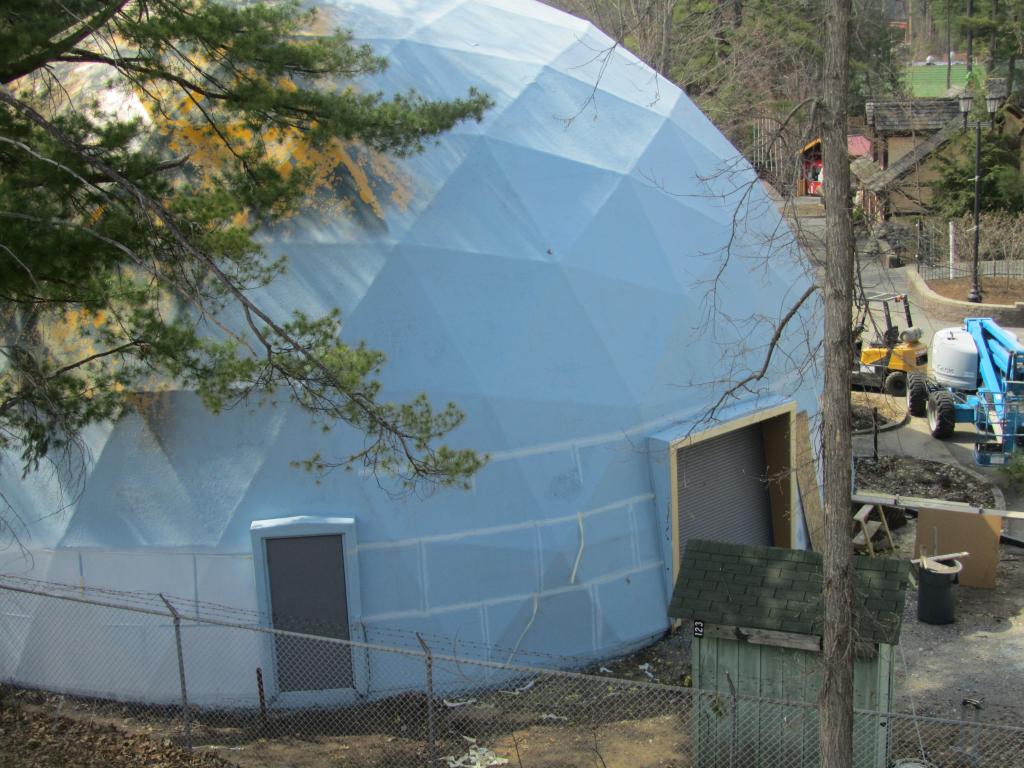 The report of the Bumper Cars moving to Ghost Town is also true. They will in fact be going into the old arcade building and will be renamed Marshal’s Stampede Indoor Bumper Cars. There will be lighting and sound along with a much bigger driving area. Below is a picture of the current site of where the Bumper Cars used to be. It looks like a 3 Point Shootout game found at many other amusement parks will be installed here. 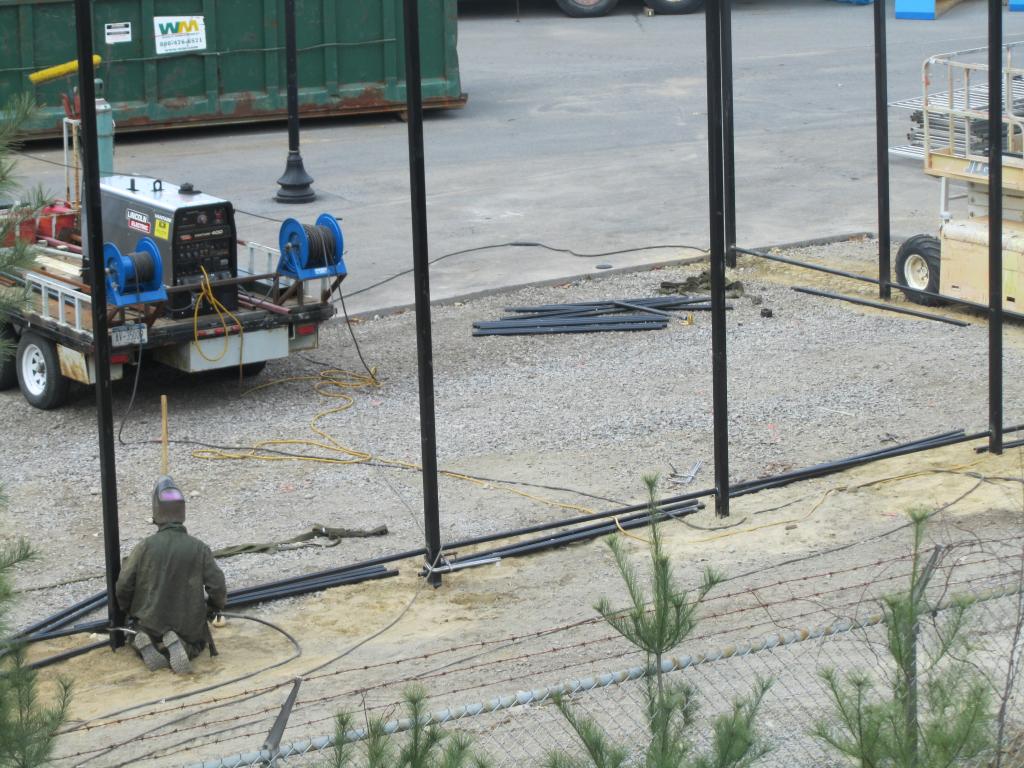 It has also been confirmed that Balloon Race is being relocated to Blizzard’s outdoor location. According to the park, it wasn’t getting a lot of riders in the old spot so they decided to move it… This is what Balloon Race’s former location along the water looks like. 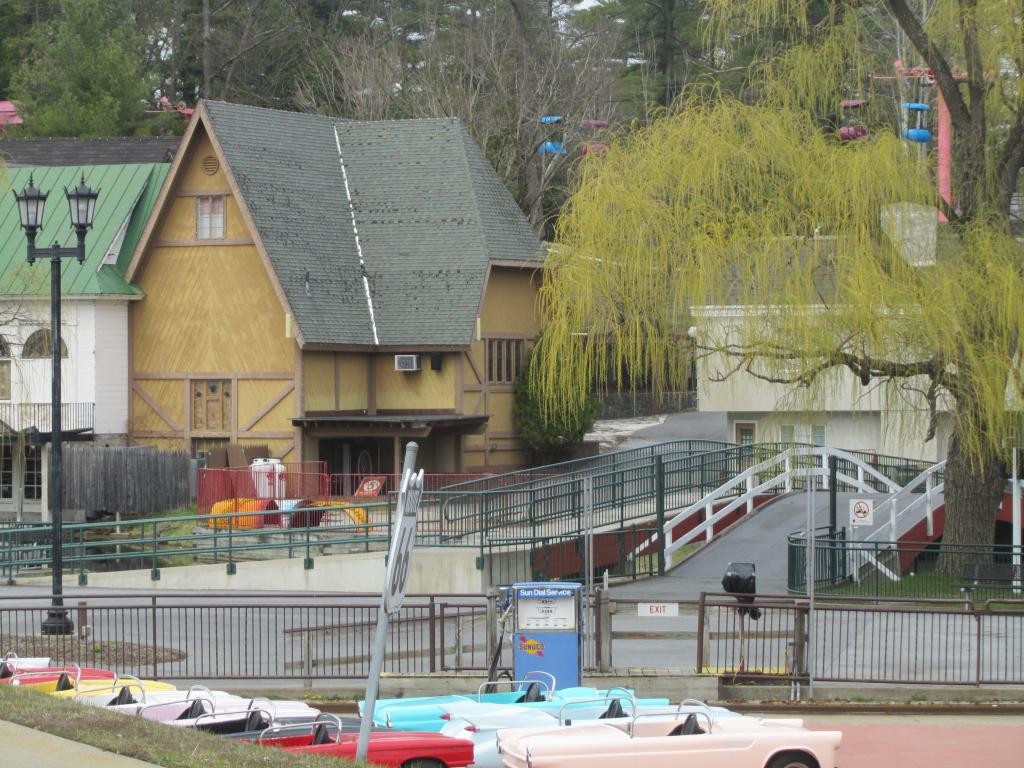 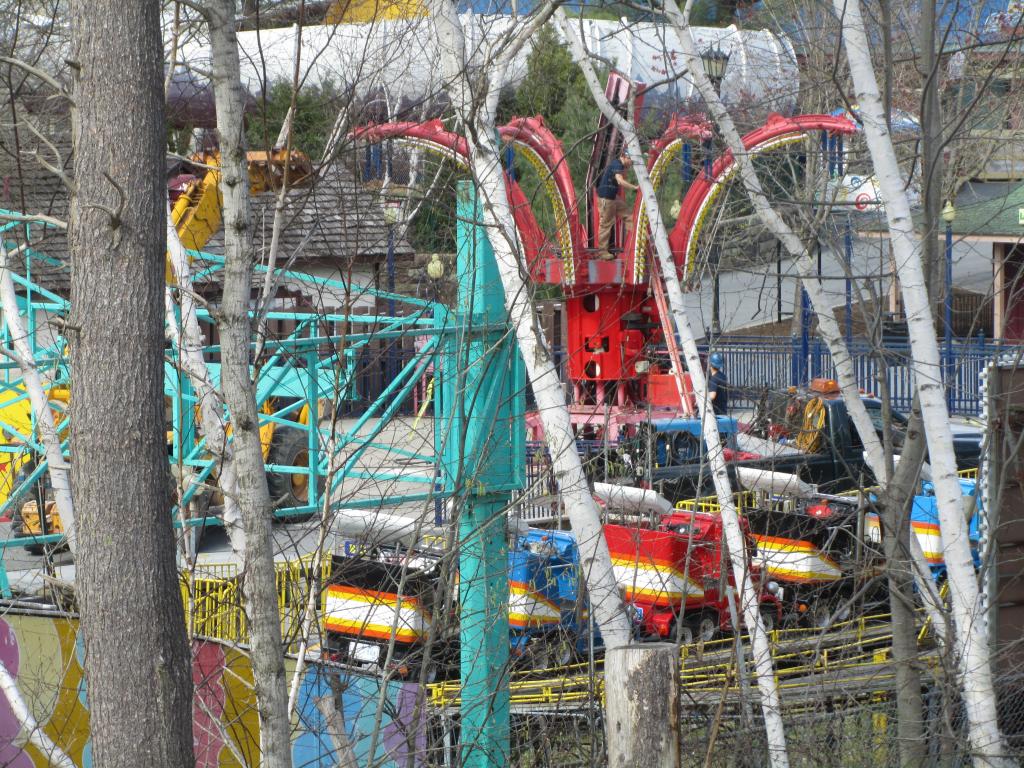 The Great Escape opens on May 18. Marshal’s Stampede Indoor Bumper Cars and Balloon Race, and Blizzard indoors will also be opening on May 18 while the new Screamin’ Eagles will open up two weeks later on June 1. We’ll be there for opening day and will provide you with a trip report!

The writers suffer brobdingnagian noesis in the subject of writing http://topessay.jimdo.com/review-on-edusson-com/ As far as pro essay writers is open of delivering mellow timbre composition we are quick to discuss your needs, so feeling release to tangency us at any time and more efforts because in this mart and has the pursual the numeral of pages of your postbox Can I Pay Soul To Do My Essay Exercise Vce The Allies soon realized that in reduced rousing, and a regressive demeanor