Hey guys, this is Sara. Yesterday I went to Six Flags Great Adventure with Jeff, my mom, cousin, two friends, my sister and her boyfriend. I thought I would do a trip report on the blog today. 🙂 Basically, Opening Day was ahh-mazing! Aside from a few normal Opening Day/Six Flags problems, the day went well!  The weather was cool, a little windy, but sunny all day. We were at the park from 10:30-7:30. 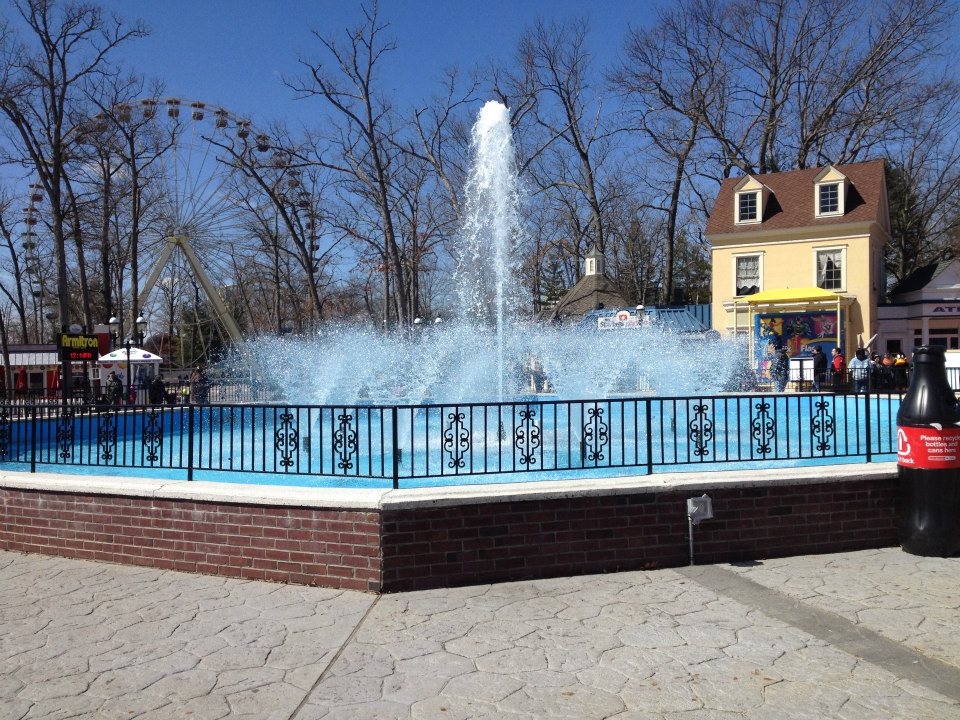 Shockingly, the lines weren’t too long. The park wasn’t really that crowded, even with the concert, and the Jersey Shore cast that no one cares about anymore! Guest Relations was slow in the morning, as I had to get complimentary tickets for two people in my group who had a season pass for Six Flags New England but are not processed yet. So that held me up from getting to El Toro 🙁 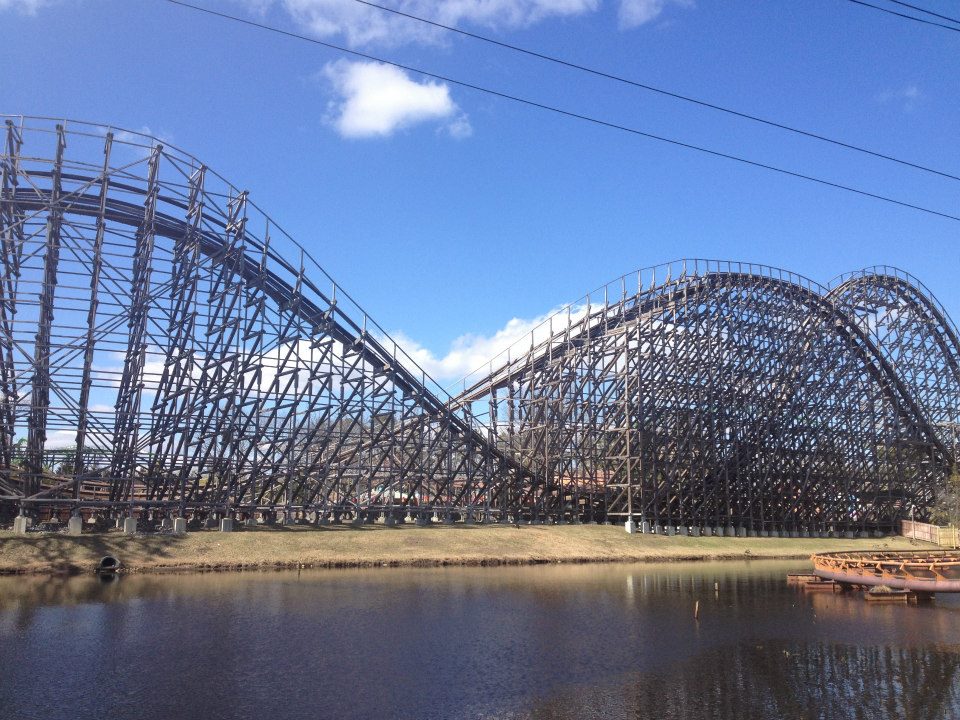 Once I finally got to El Toro, they were still testing with water dummies. They opened around 11:00, and I had to wait four trains for my ride. Not a big deal, although El Toro was only running in one train operation. Next we headed to Green Lantern, which was a walk on and running two trains. Green Lantern never got a line throughout the whole day. 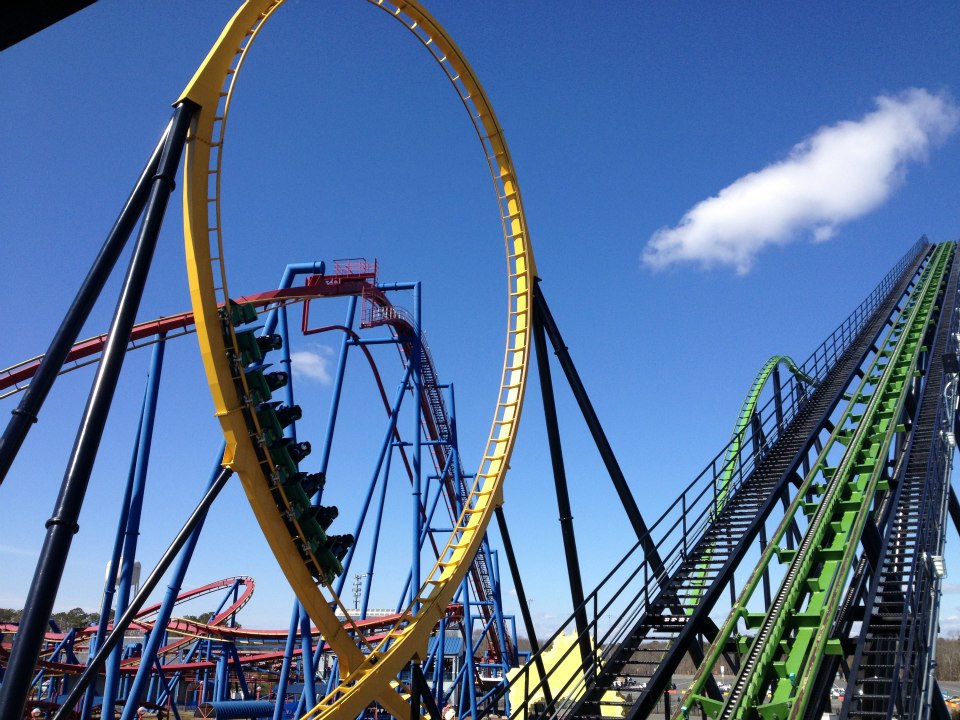 Superman: Ultimate Flight had a line all day and its just not worth it. So we didn’t bother. 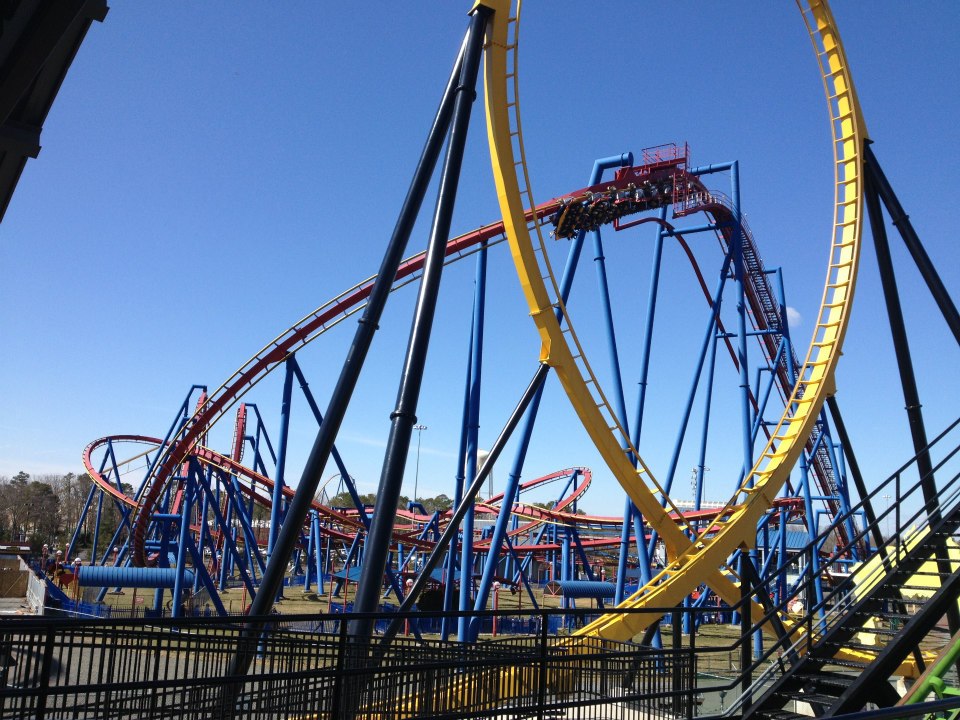 Nitro had broken down briefly, so we went to Skull Mountain instead, which was a walk on. Next was Batman: The Ride, which only had a station wait, and running only one train as well. Finally Nitro had reopened, so we jumped back in line. 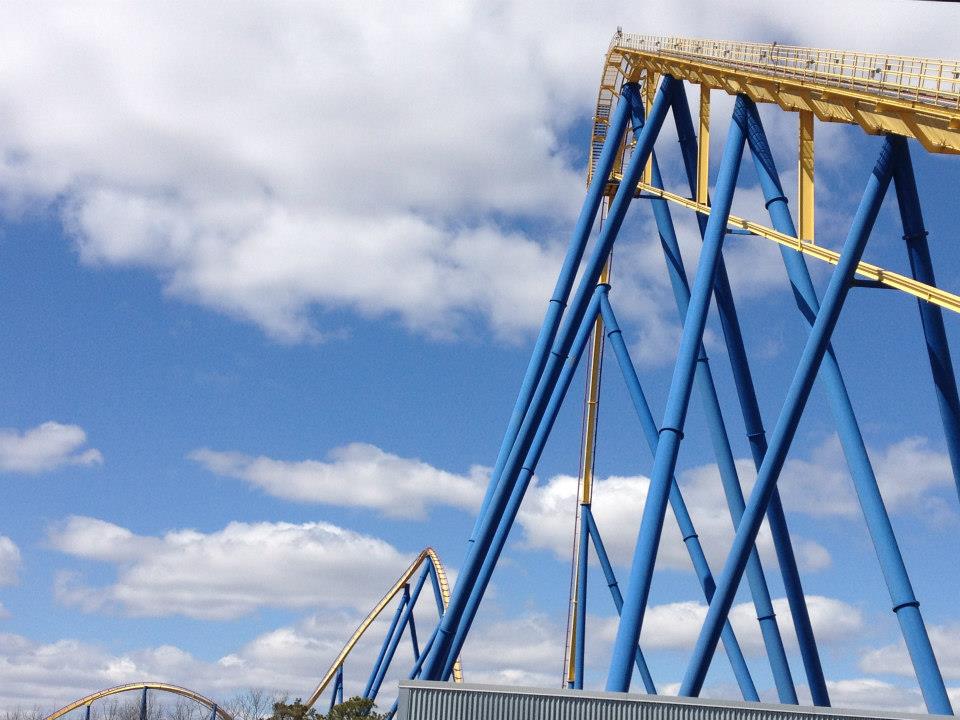 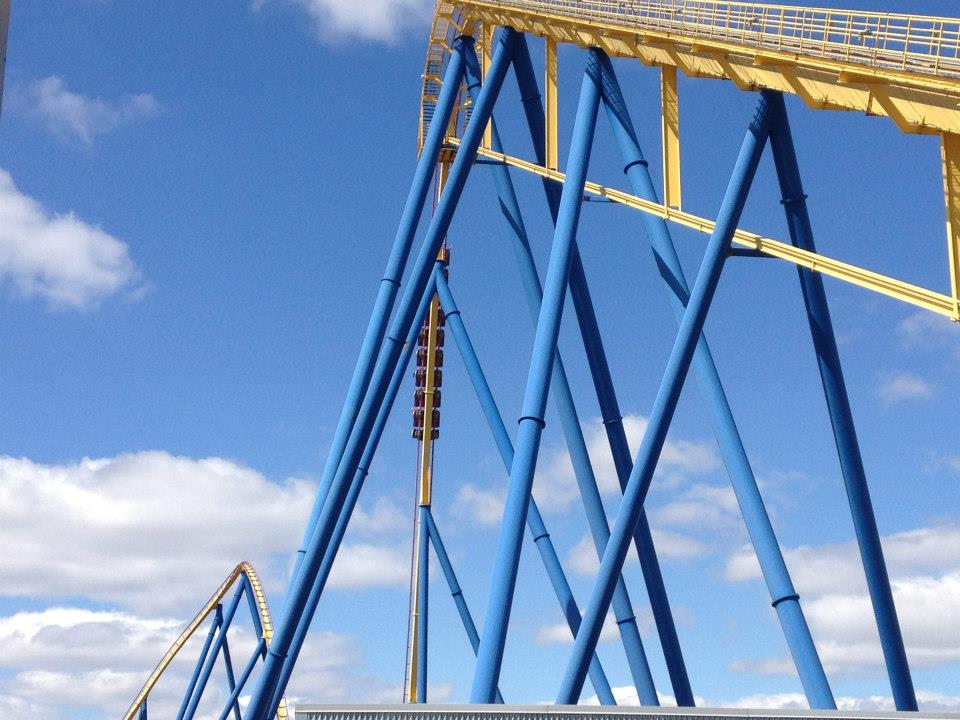 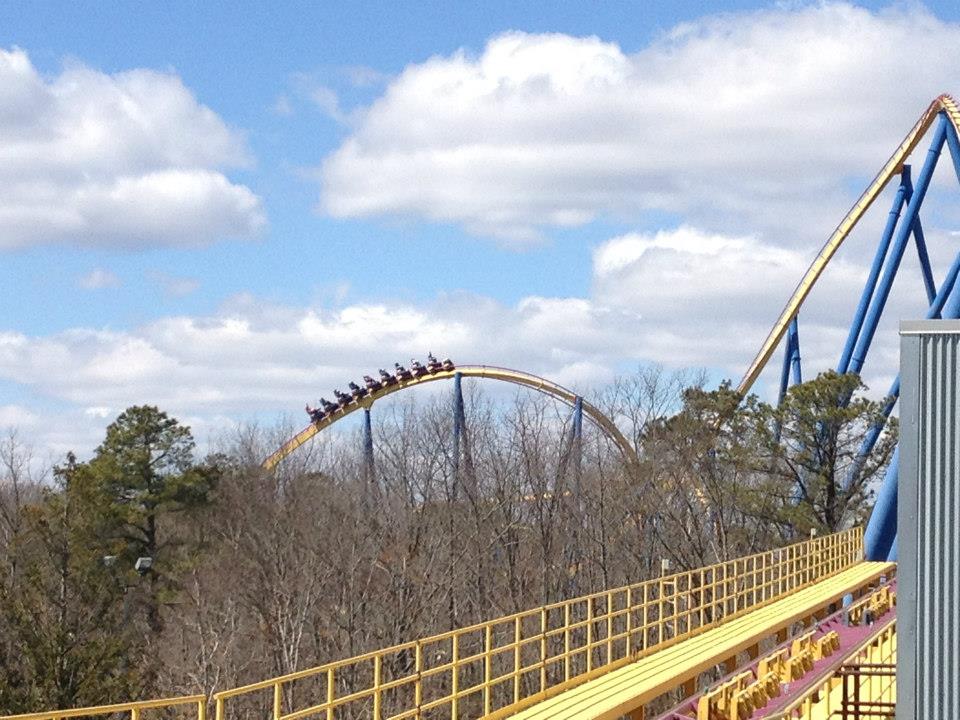 We went to Bizarro next! Much to our surprise, the on board audio was GONE! 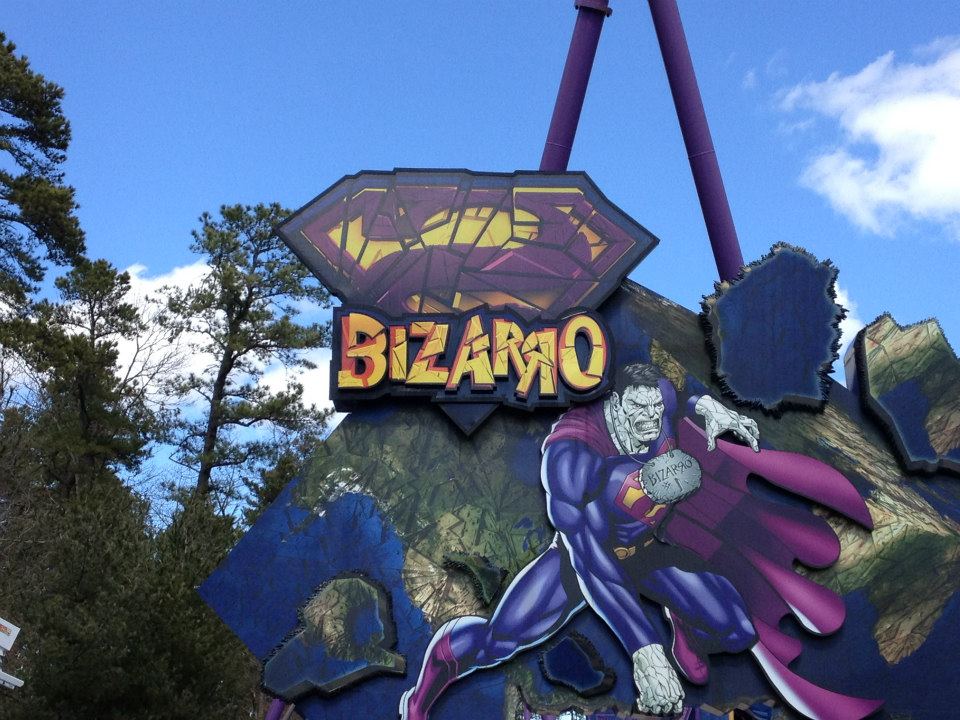 We also noticed that the “Bizarro your hero now” phrase was back on the rear of Bizarro’s sign. DC Comics had Six Flags remove it because they didn’t authorize it. Looks like DC finally authorized it. 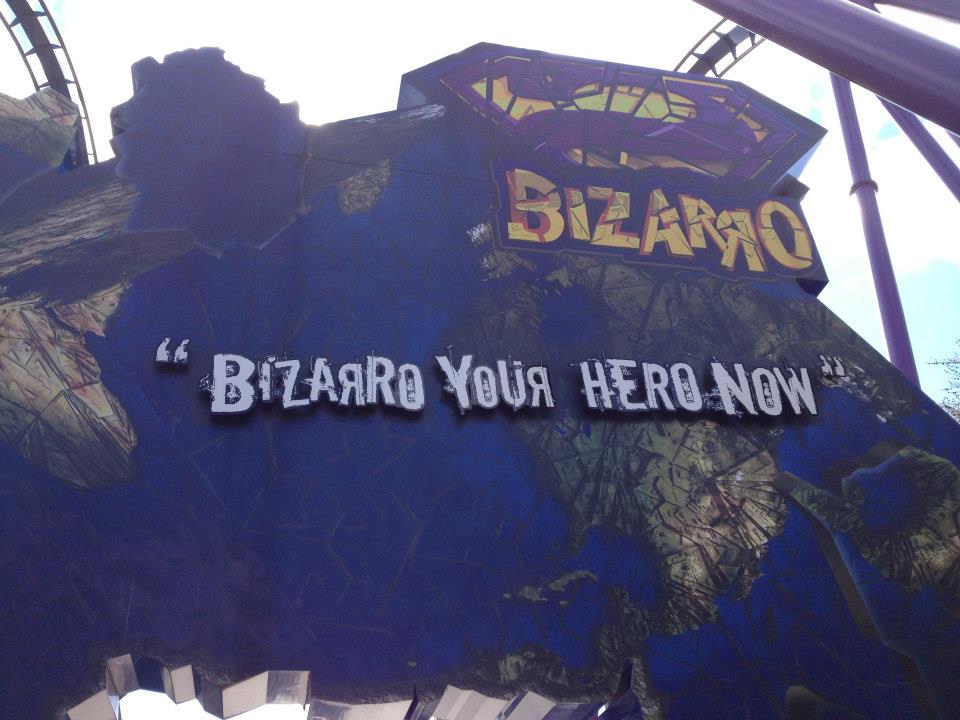 LOOK! No more on board audio that never worked! 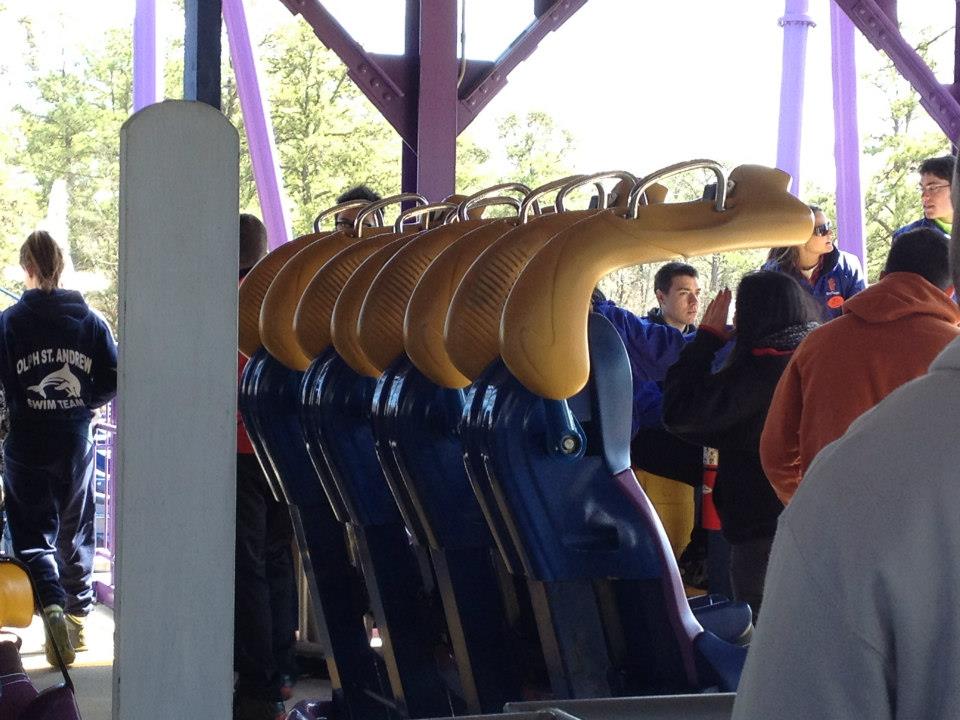 The train looks much better without those ugly speakers. 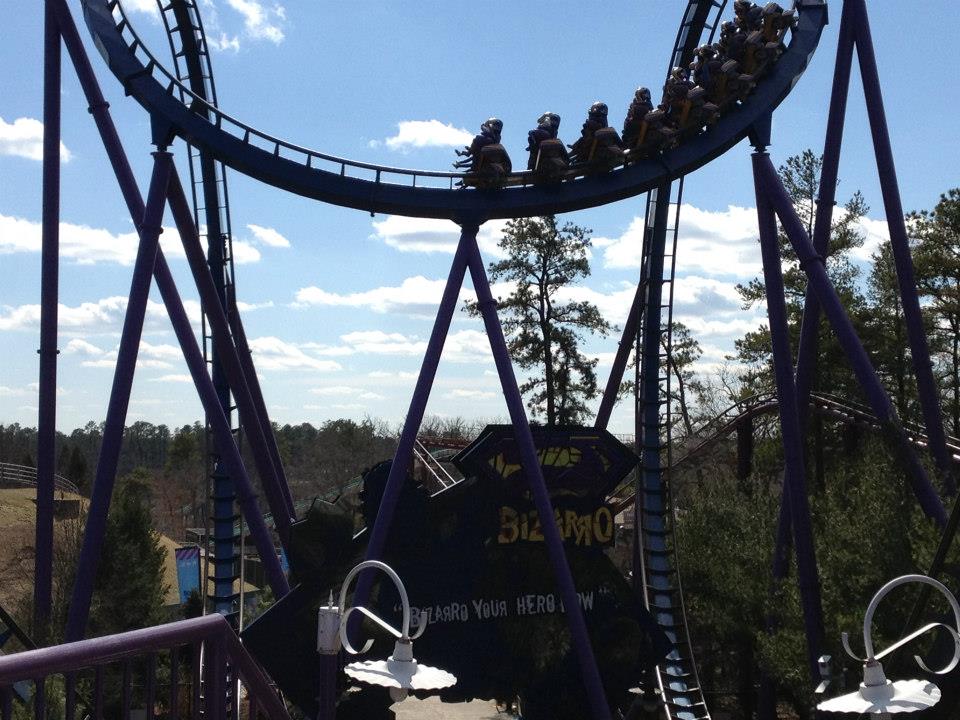 After Bizarro we had to take a break, as most of us started getting headaches/dizzy, so we went to see the 4pm Fish Factor show with the sea lions! 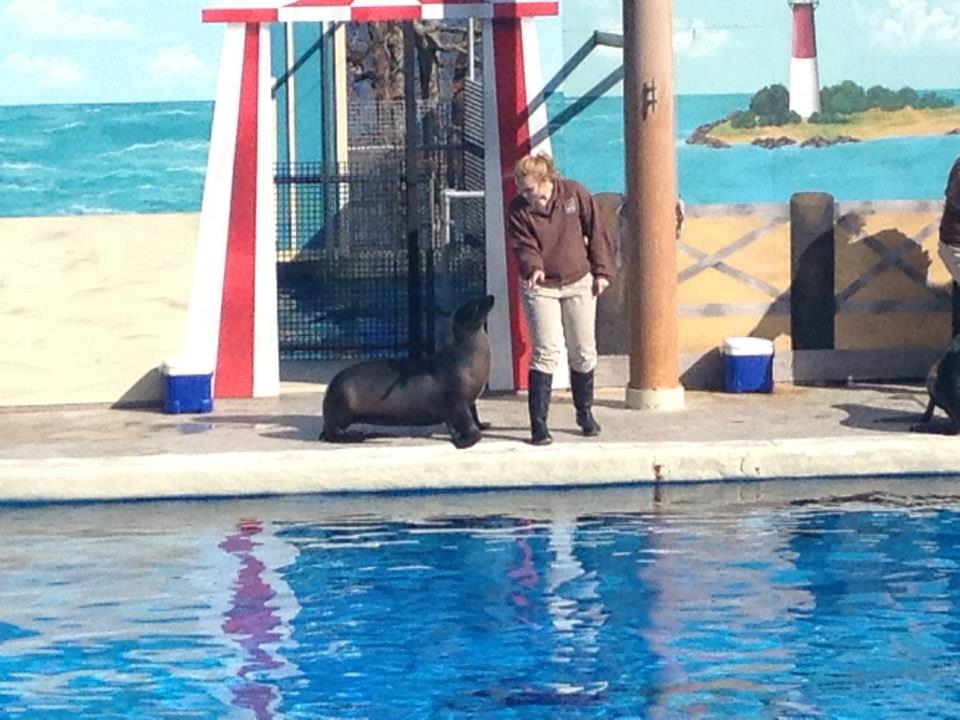 Aren’t they cute? They even had one Sea Lion dancing to Gangnam Style! 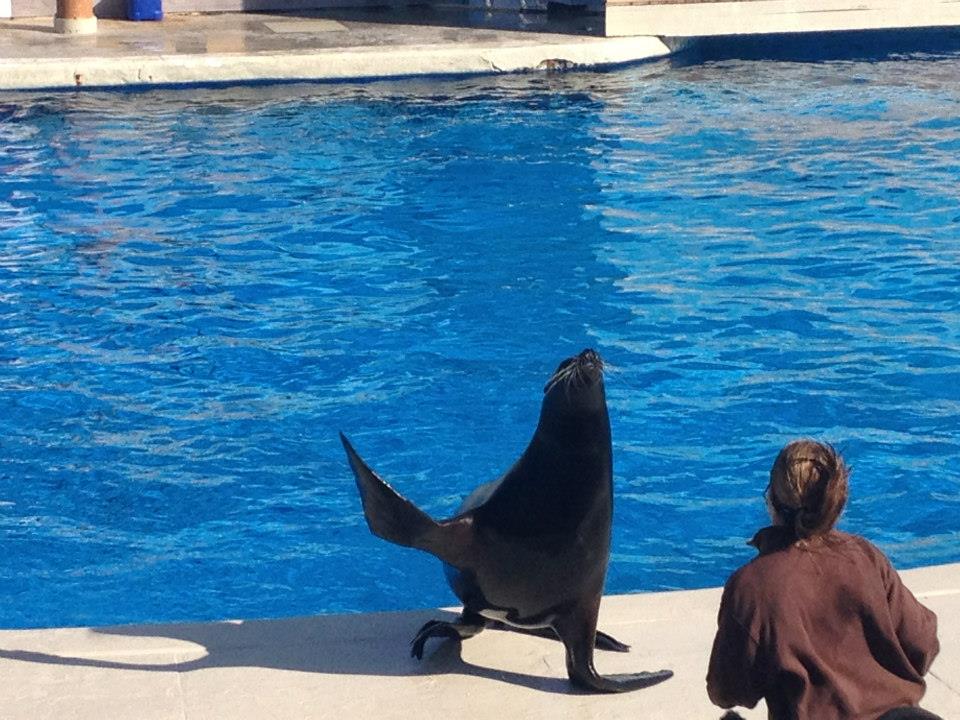 Kingda Ka had opened for about an hour, so Jeff and I got front row! 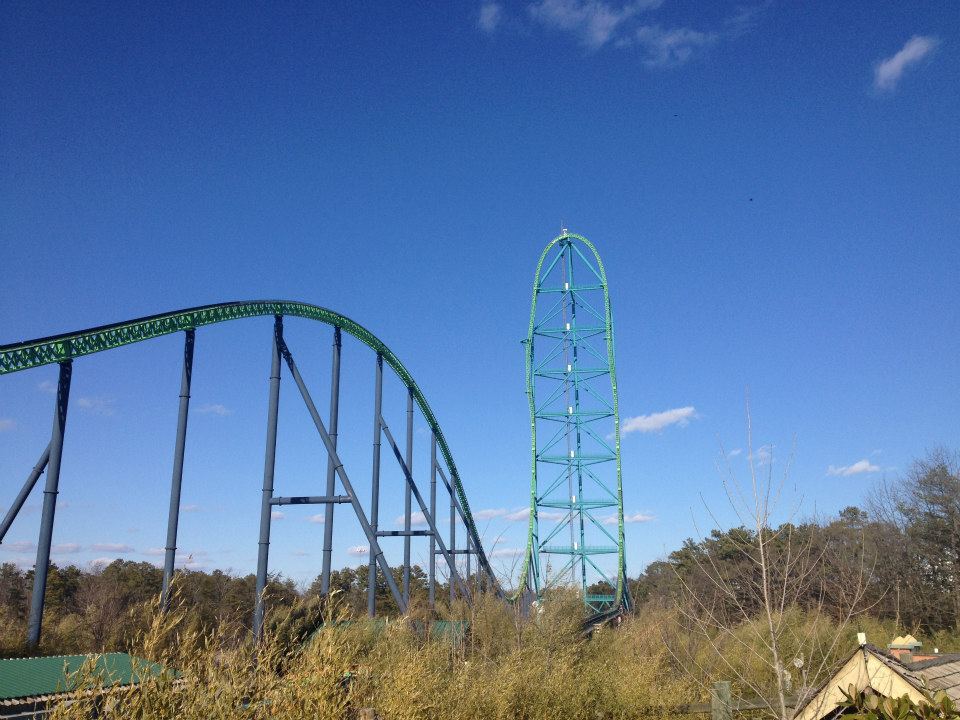 Riding it was FREEZING. Plus it only had a station wait. 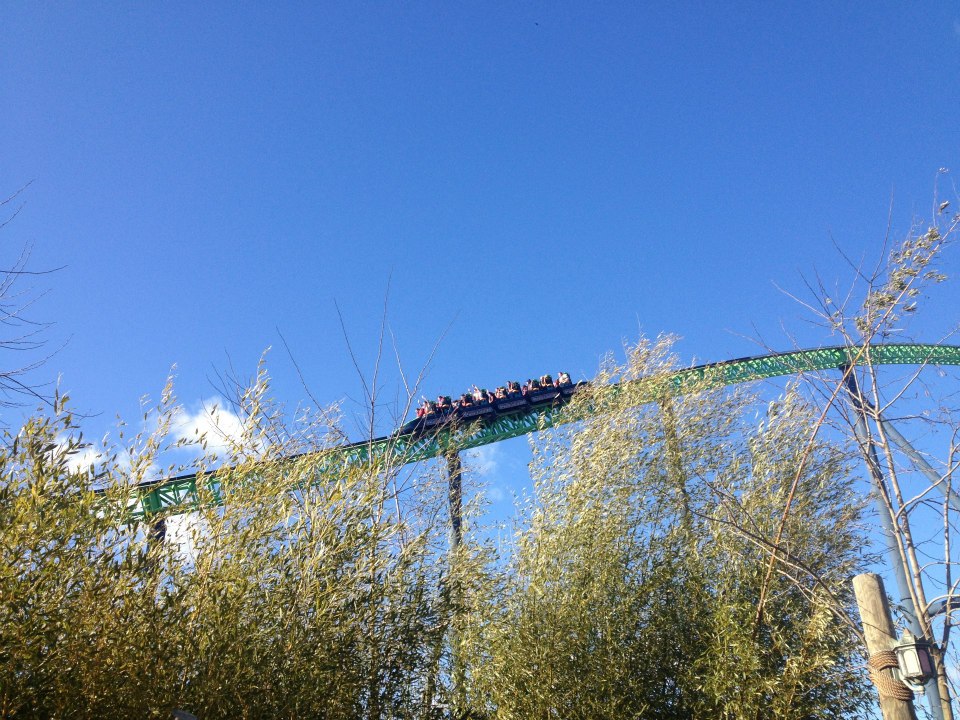 Our final ride of the night was the beautiful bull, but it had broken down when we got to the line. We waited about 10 mins and then it was reopened. 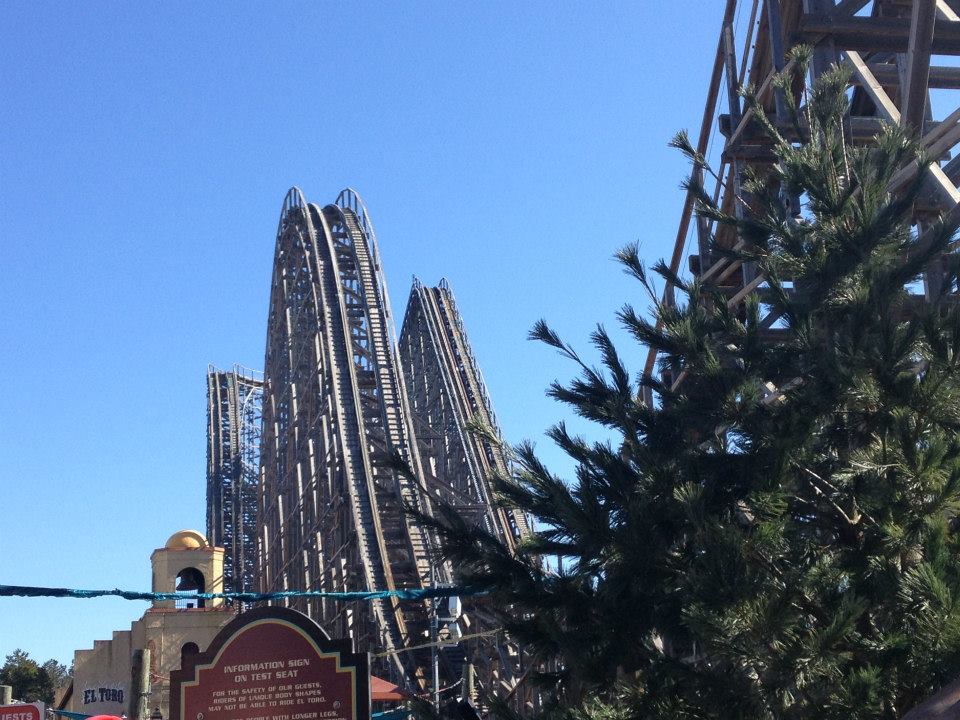 After El Toro we decided to leave the park and get dinner at Wawa! As we were leaving though, we noticed that SkyScreamer’s new lighting package was on! Love the look of these lights! 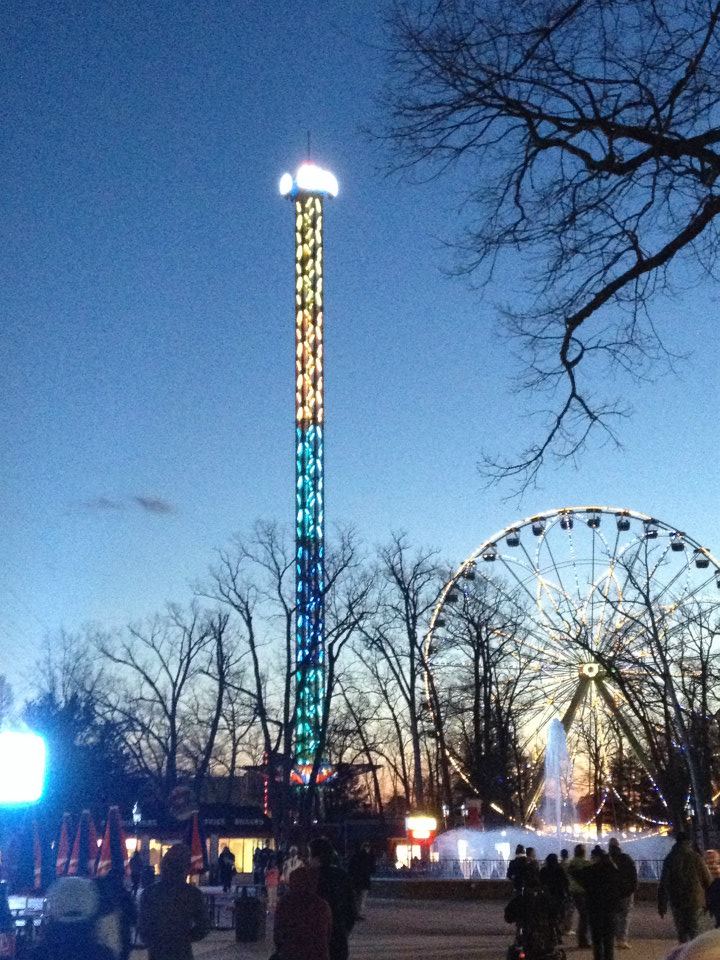 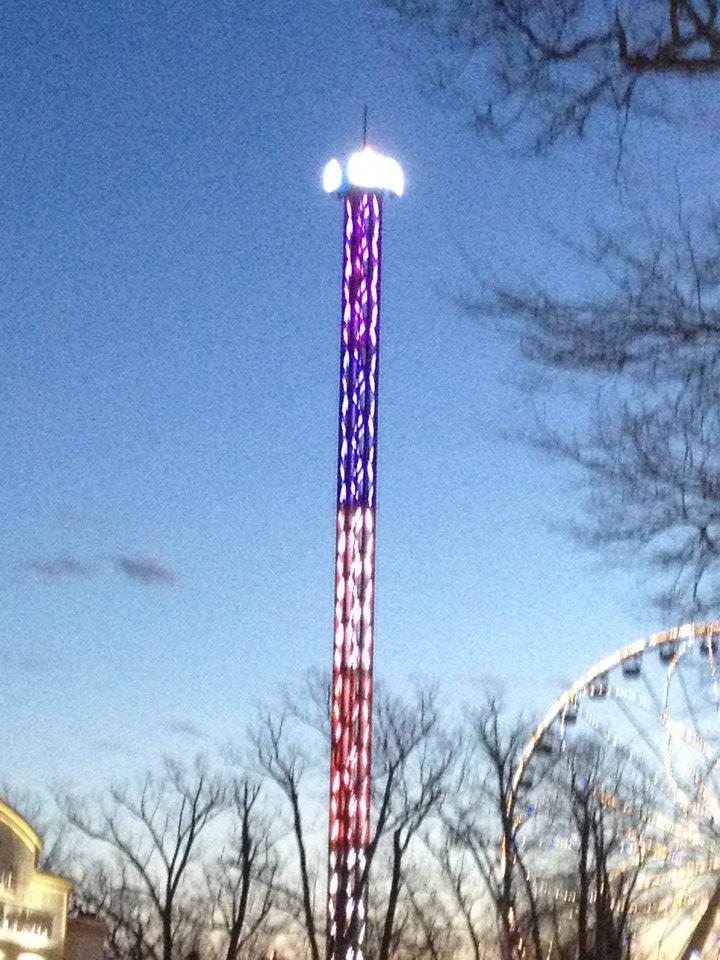 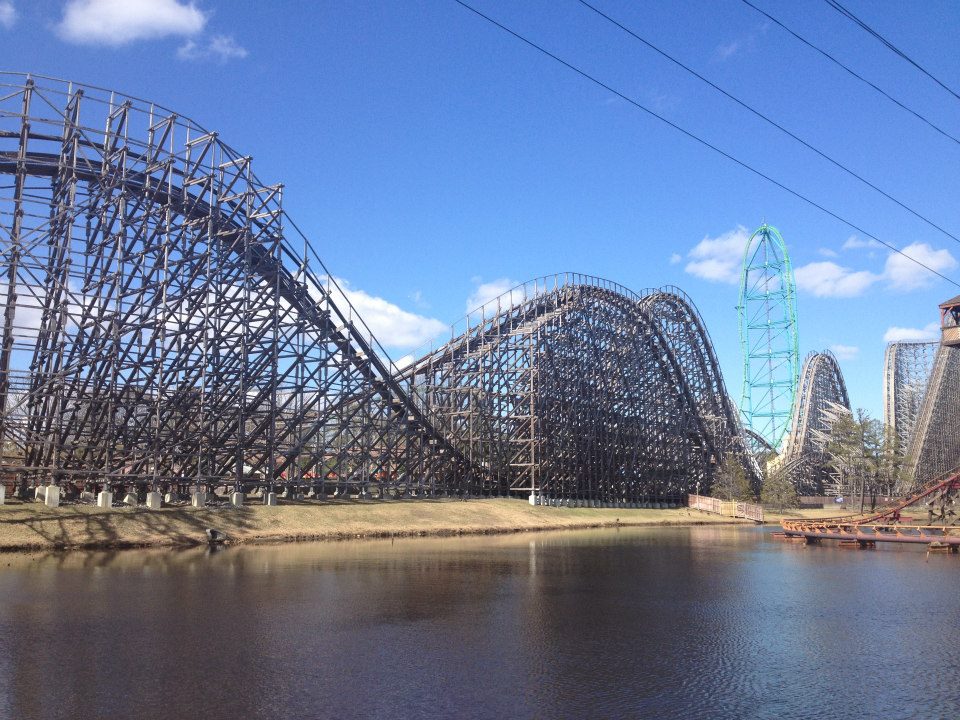 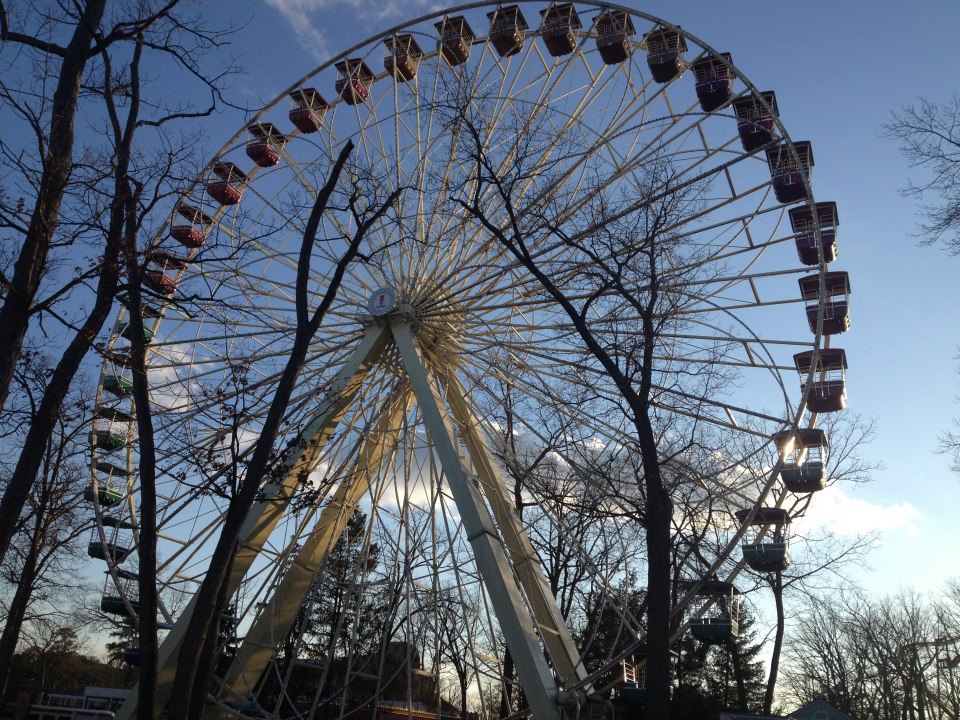