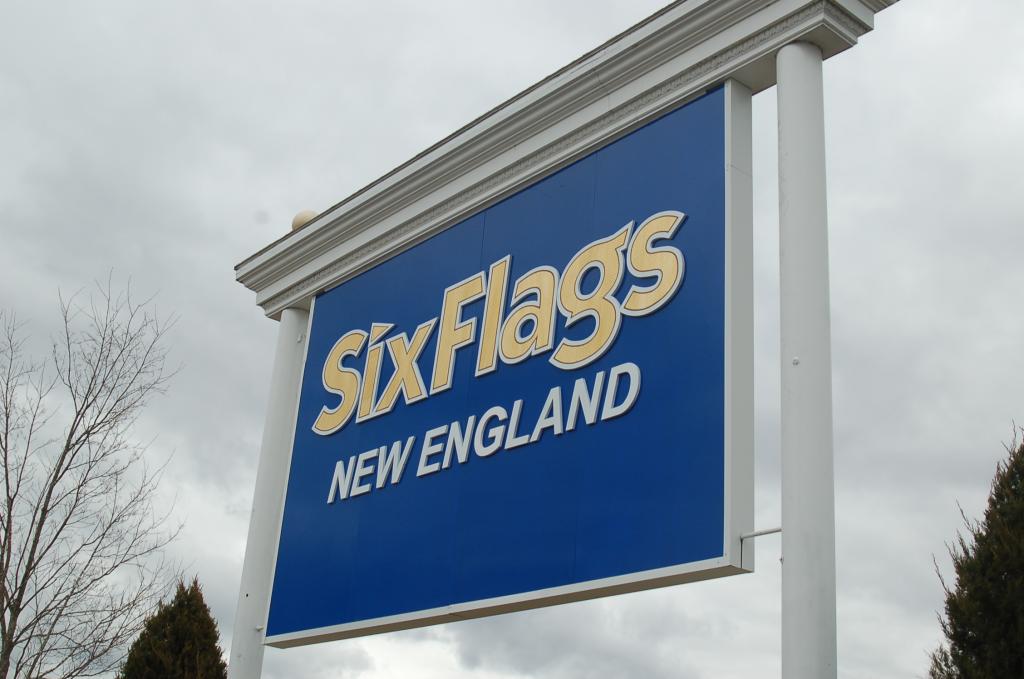 I was by the park today and I took some pictures for this Bonzai Pipelines construction update. There were literally slide pieces everywhere! 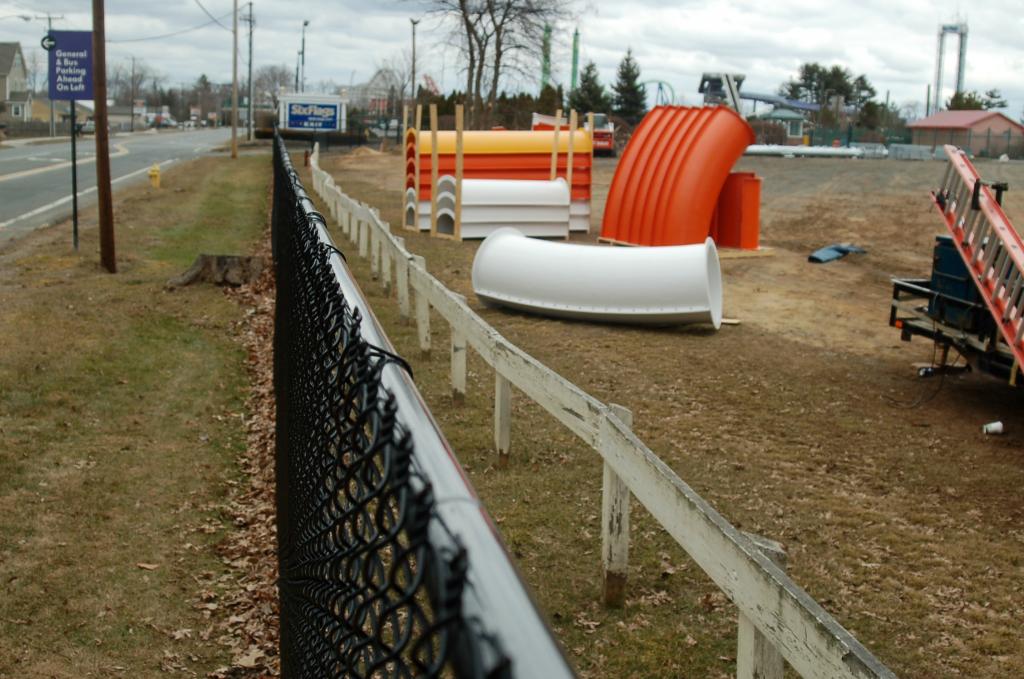 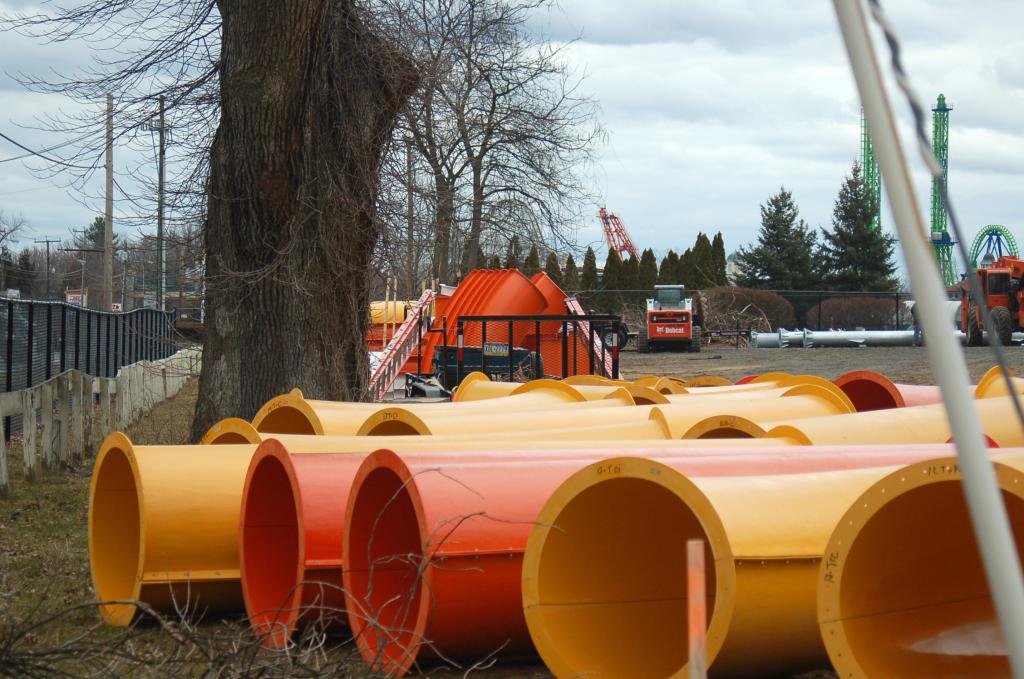 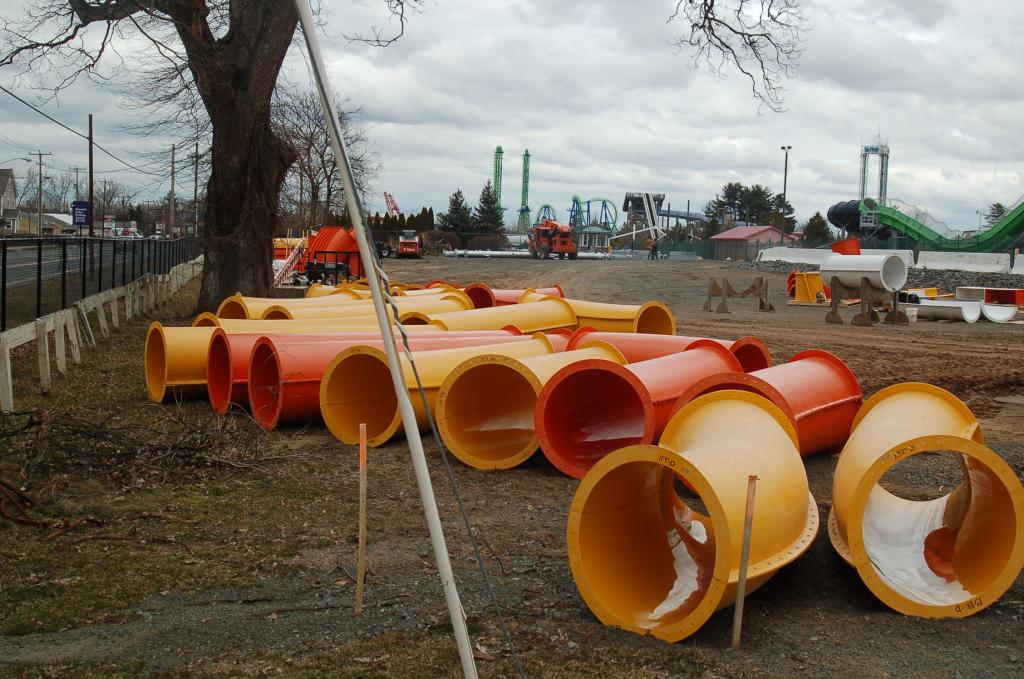 It seems like they are getting ready to put some pieces together on the ground before they install it. You can see the white slide pieces below: 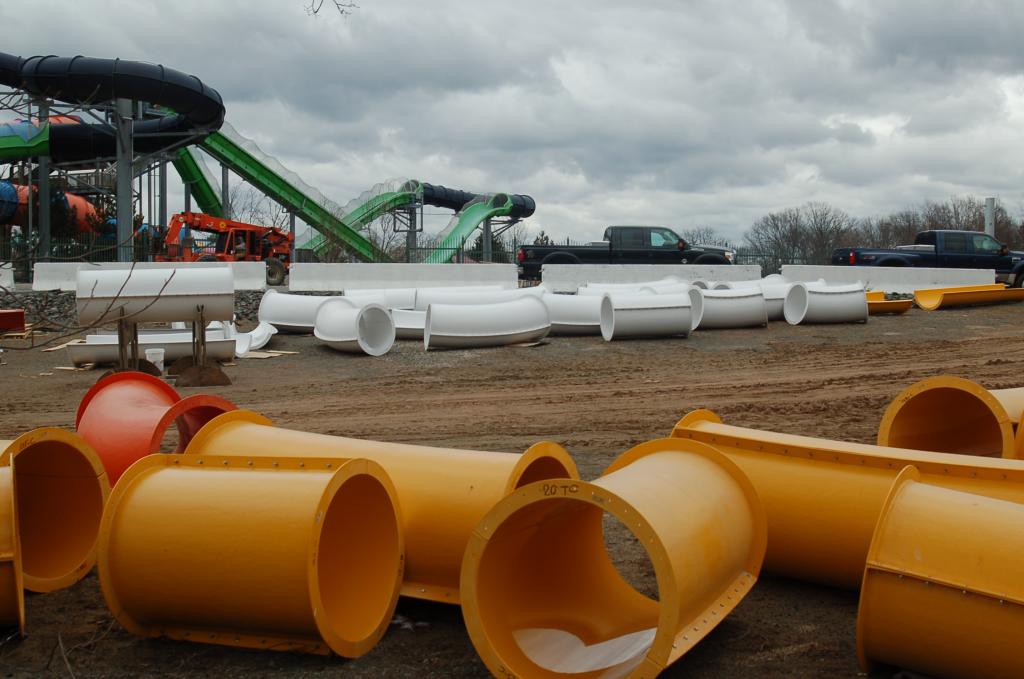 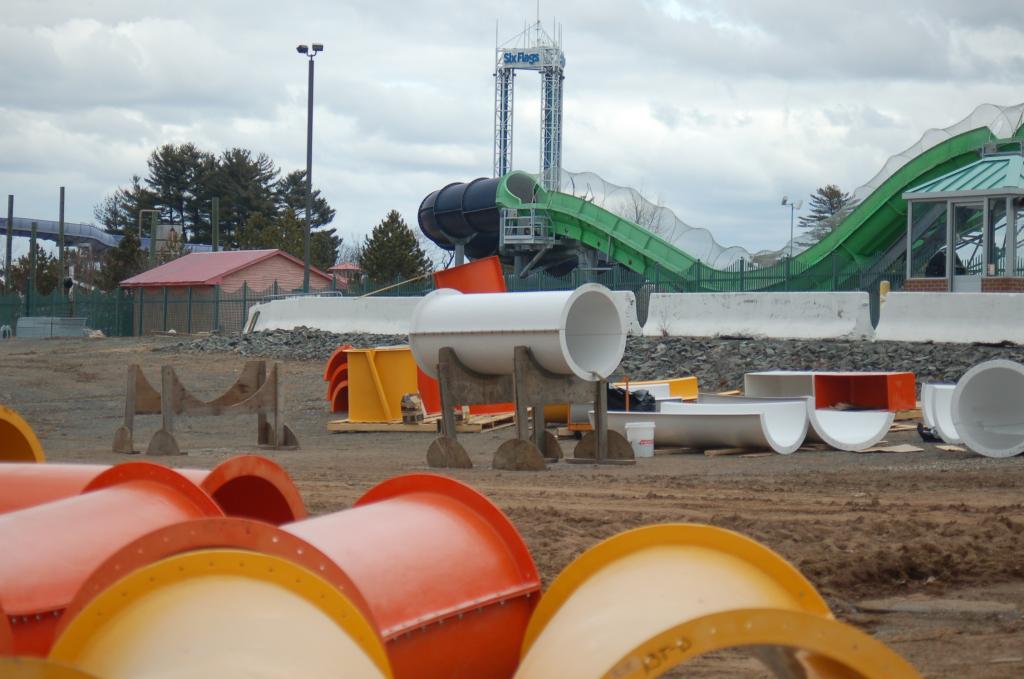 The pieces are all sorts of colors. 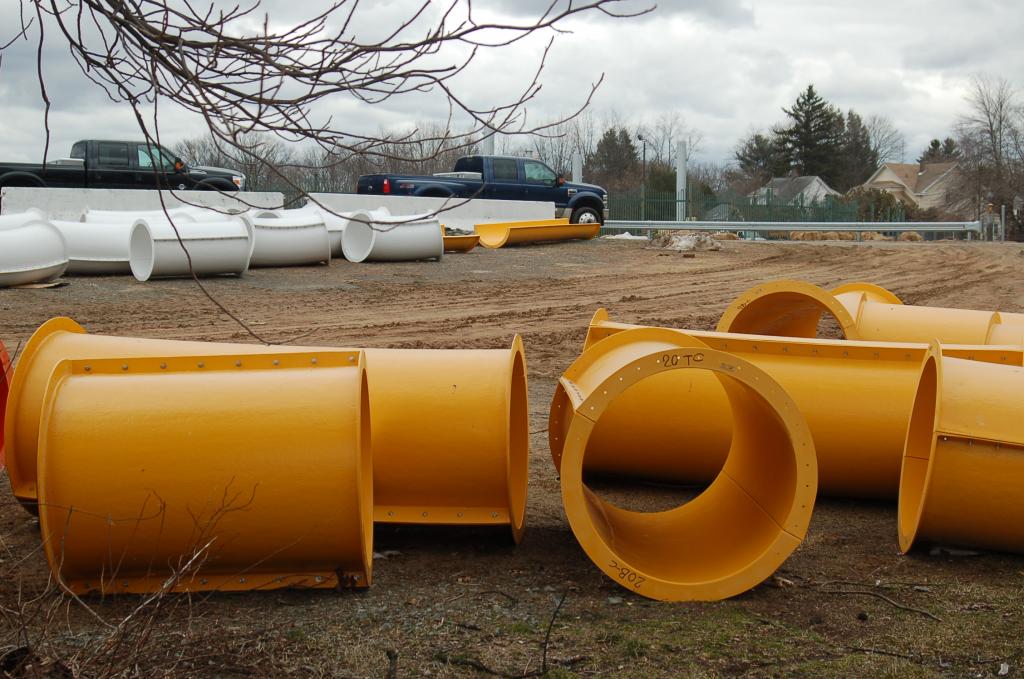 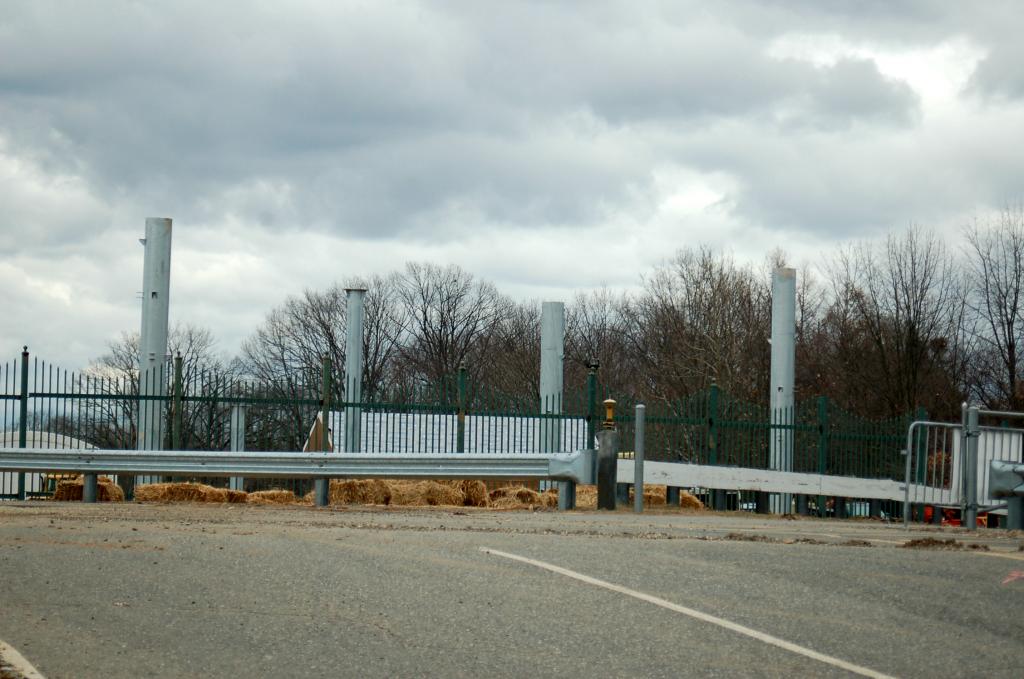 Caught him on his way out. 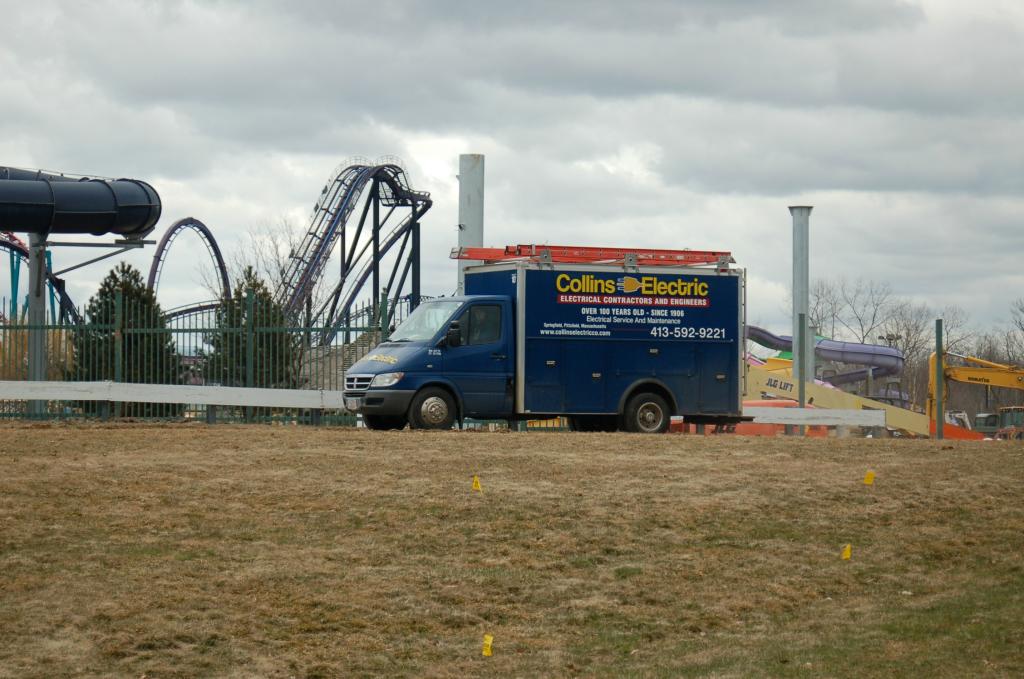 He probably had something to do with this: 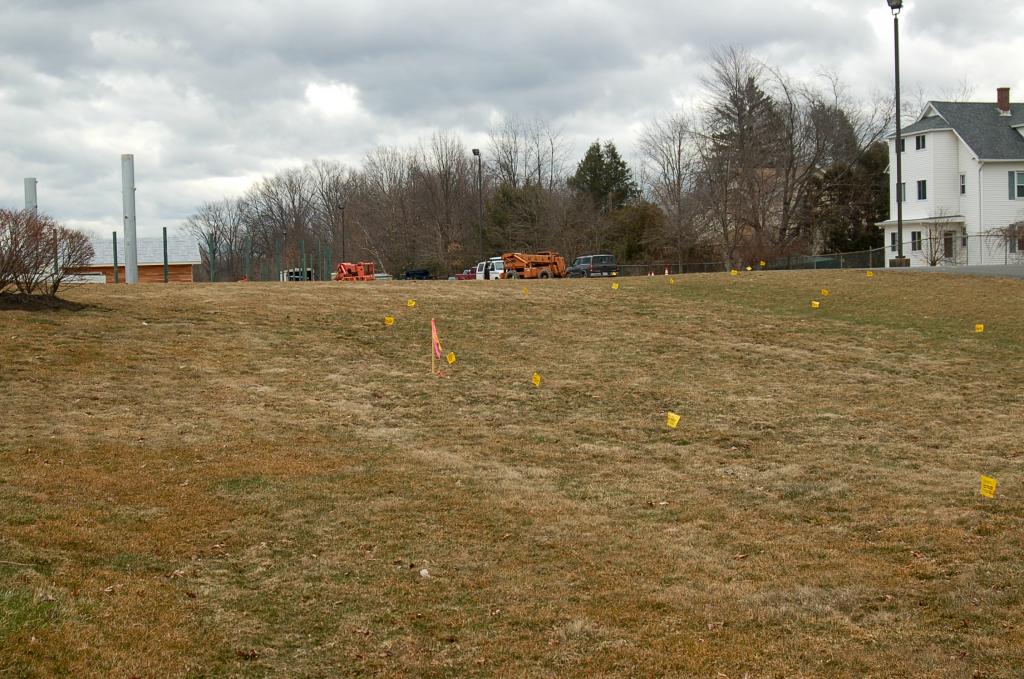 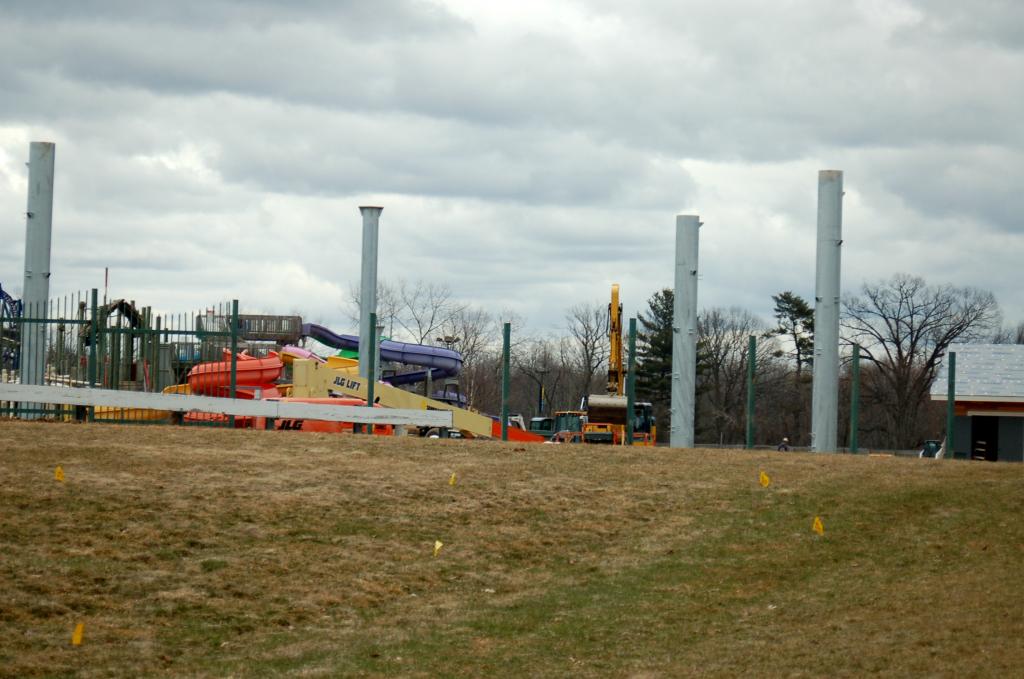 They were even starting to put up the perimeter fence. 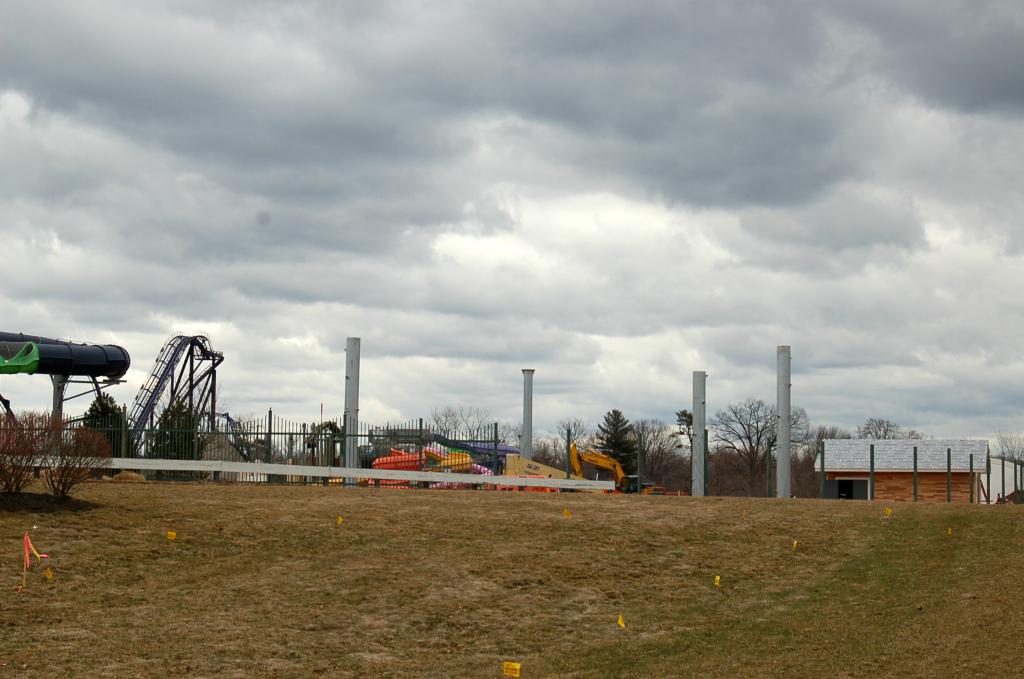 It was a very active construction site. 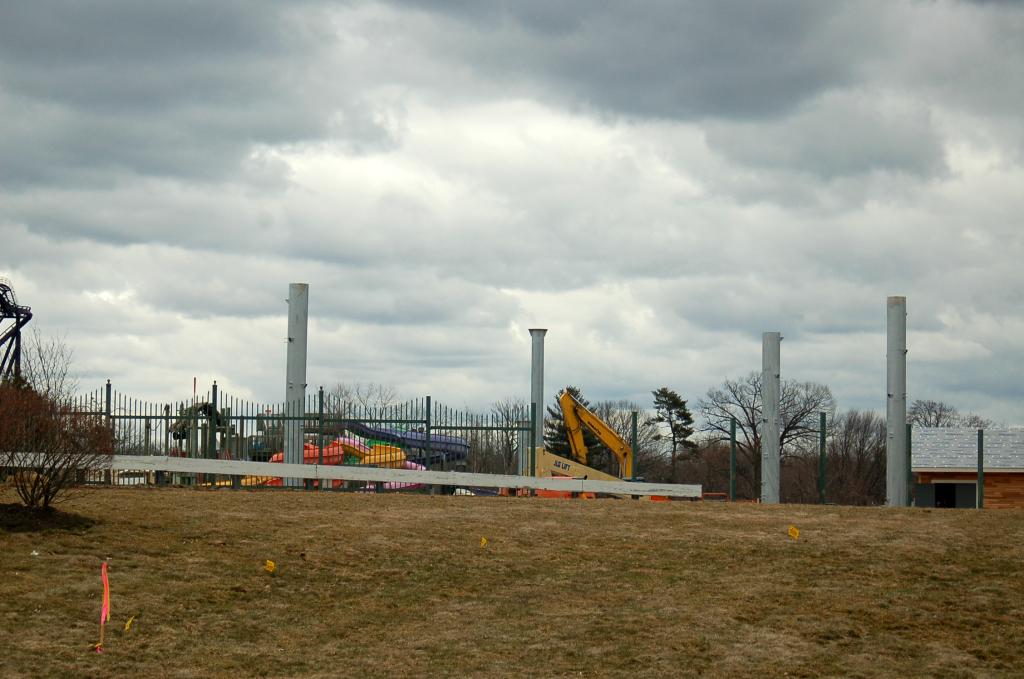 One last picture. A new building has shown up. This must be the pump house. 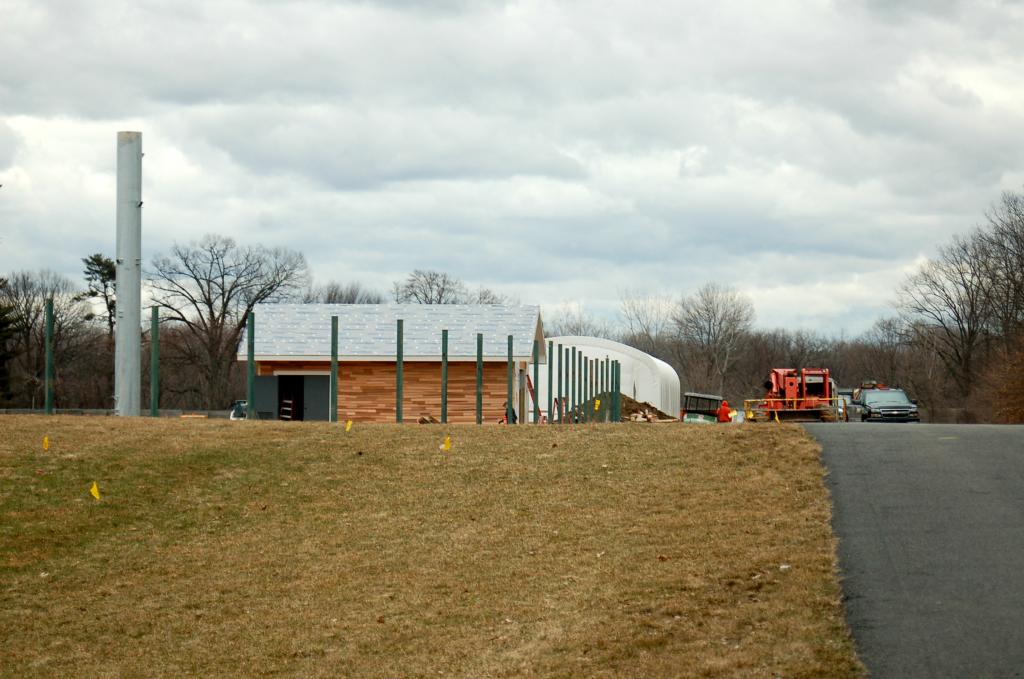 And that’s it! I’ll have another update probably some time in early April! Thank’s for viewing! 🙂