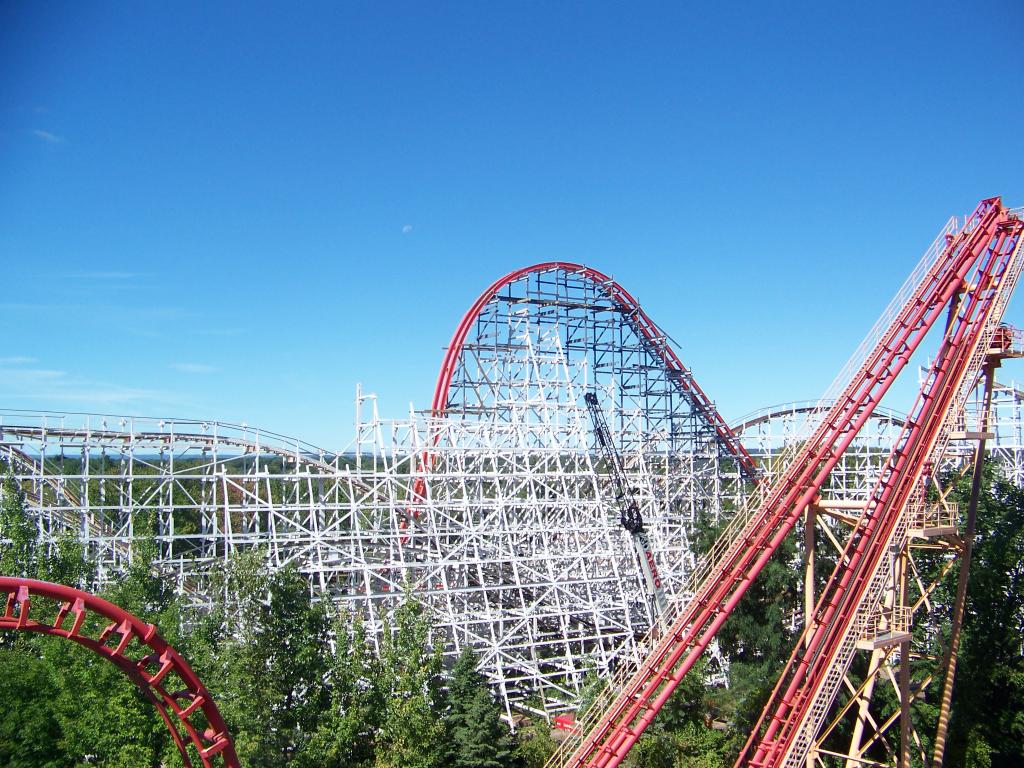 Not only was Wicked Cyclone topped off, but the track for the first drop was also installed: 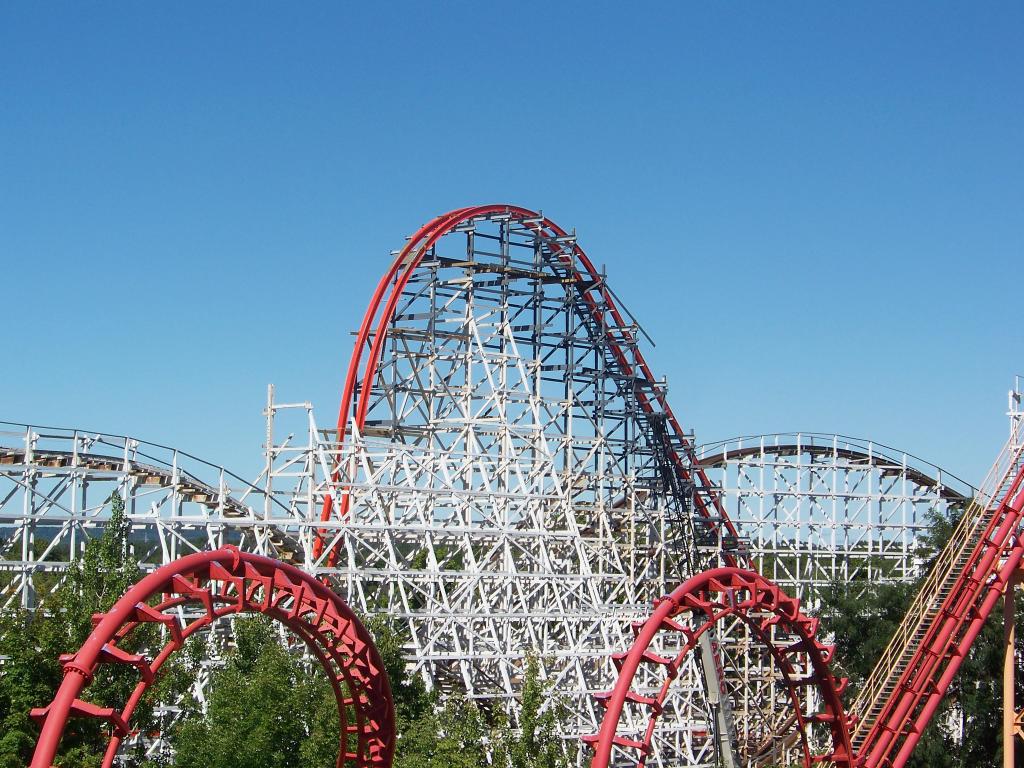 This is where some of the mechanisms for the lift hill will go. 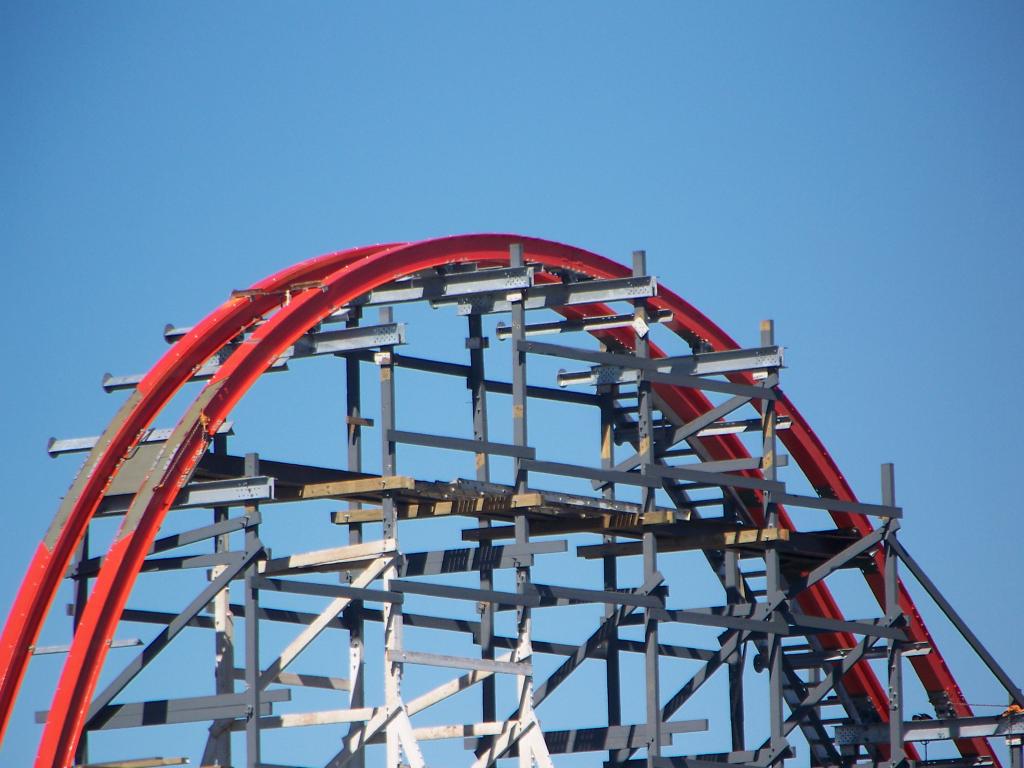 The first drop is going to be 78-degrees of pure fun! 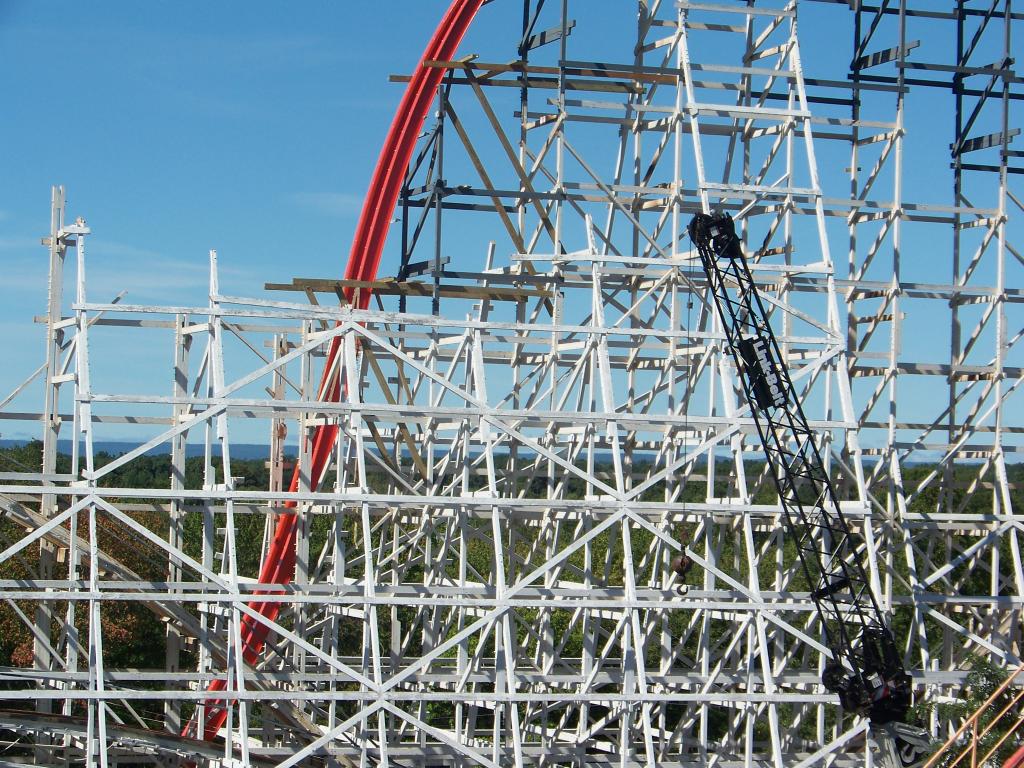 This is how far they’ve gotten with installing the track. 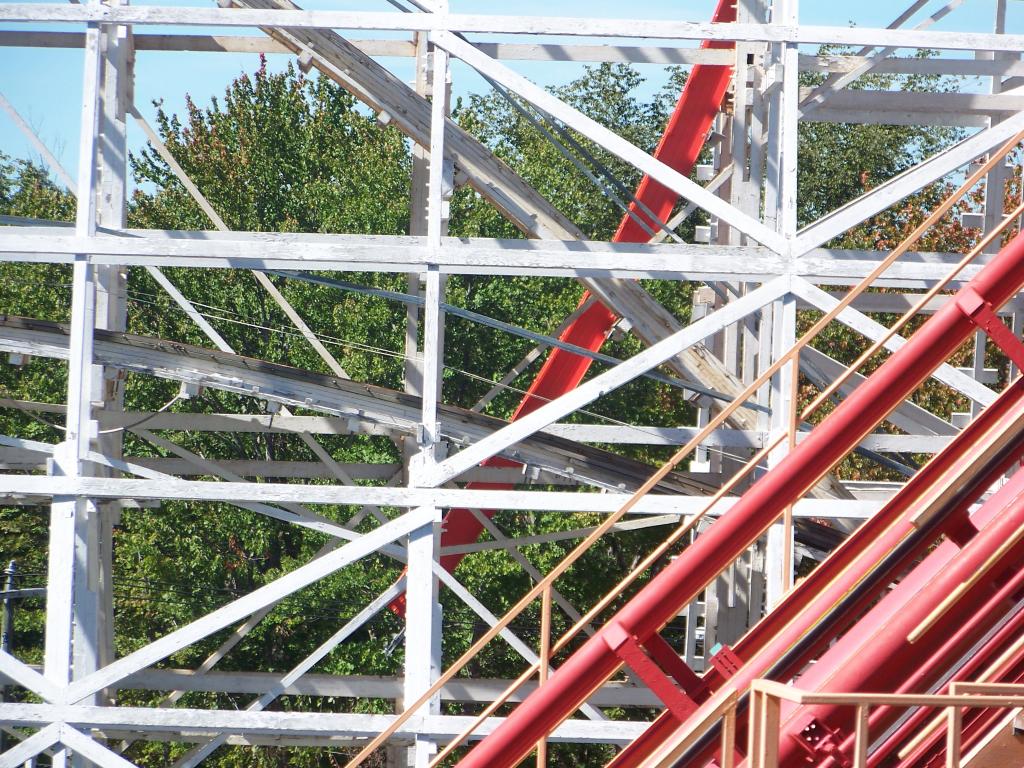 The smoking area between New England Skyway’s station and Scrambler is now closed. I assume this is so the crane can operate safely. 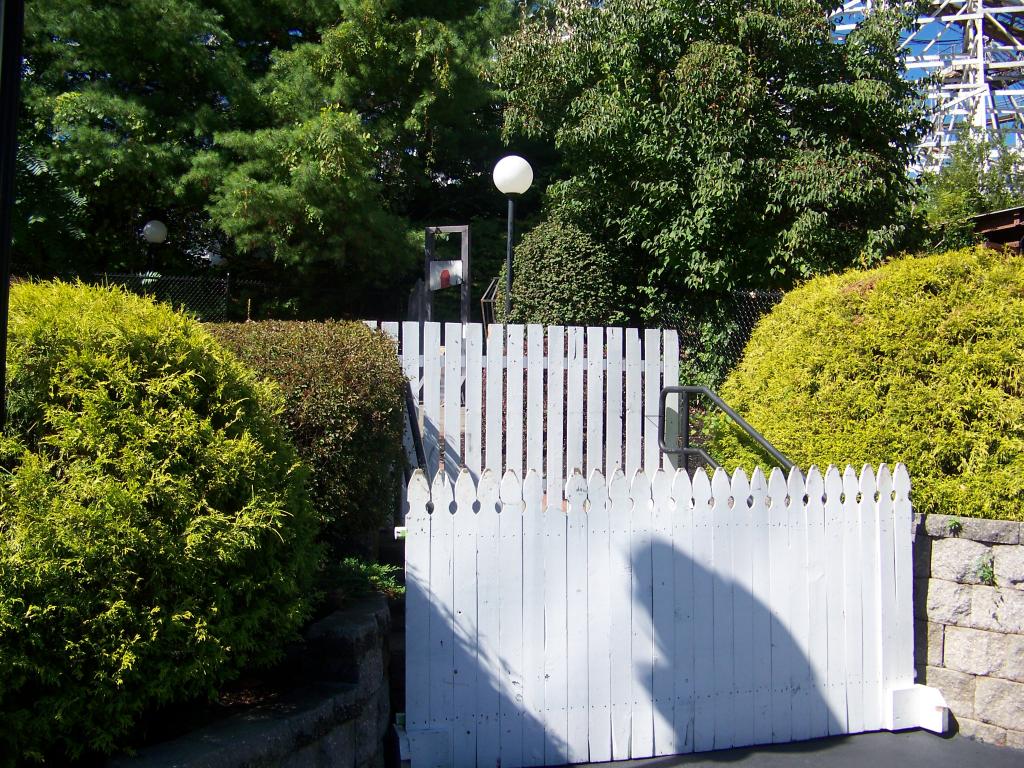 The catwalk that was being worked on last week is complete. 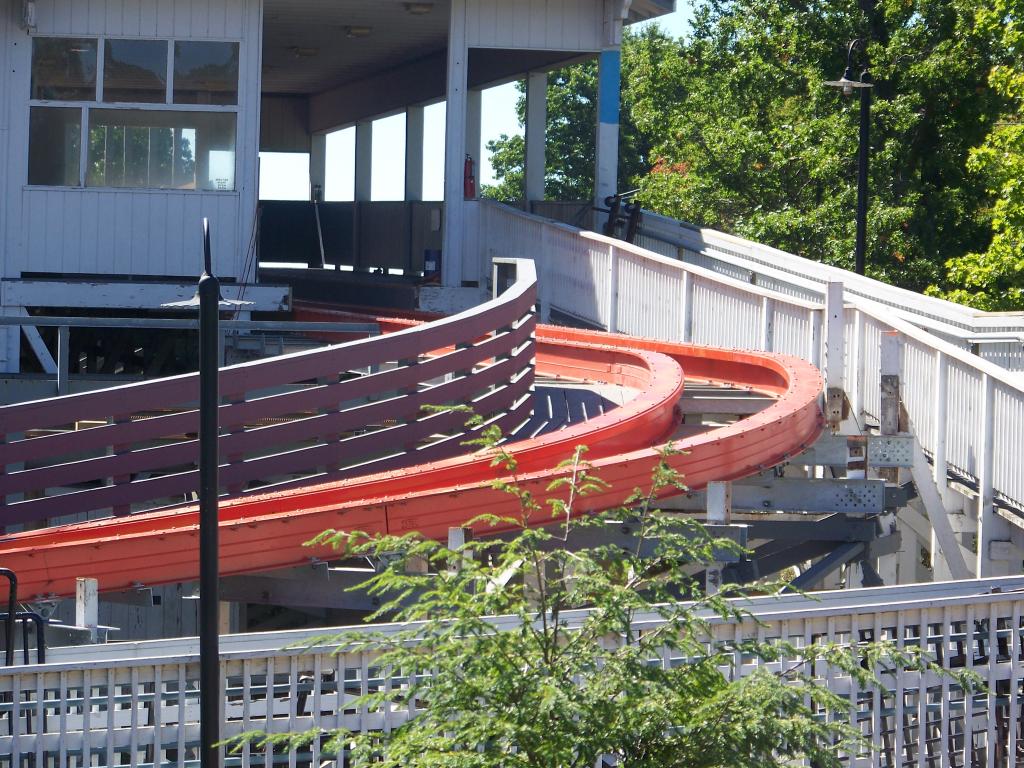 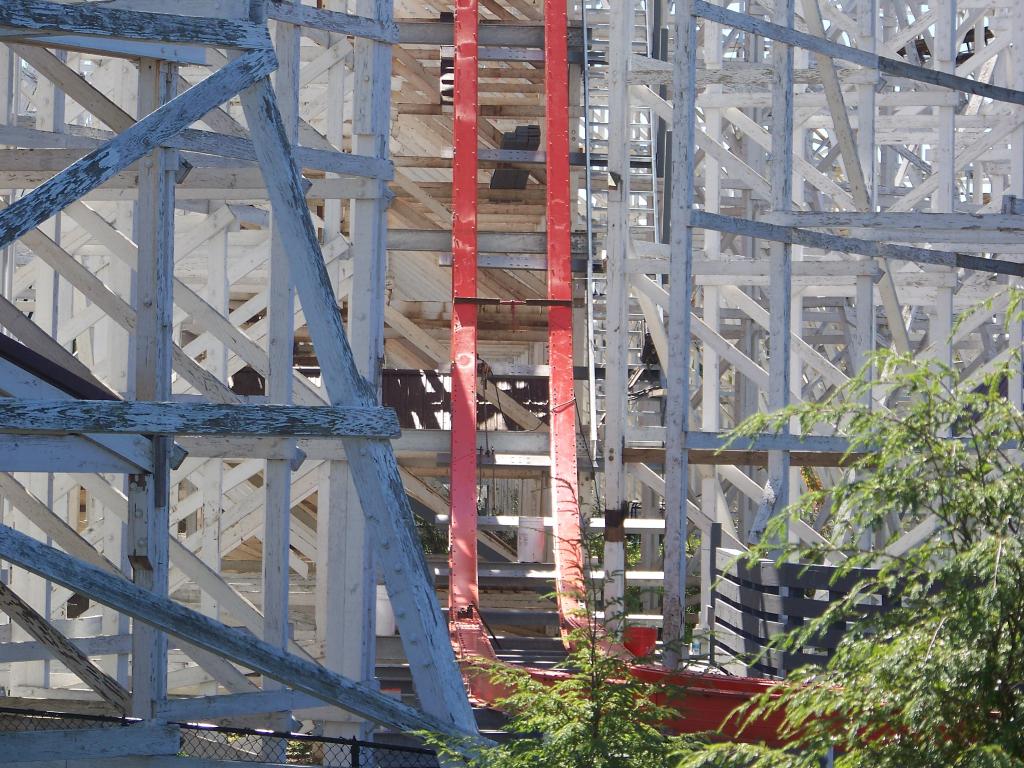 A view of the lift hill from Pandemonium’s entrance area. The steep lift and the even steeper drop are pretty imposing. 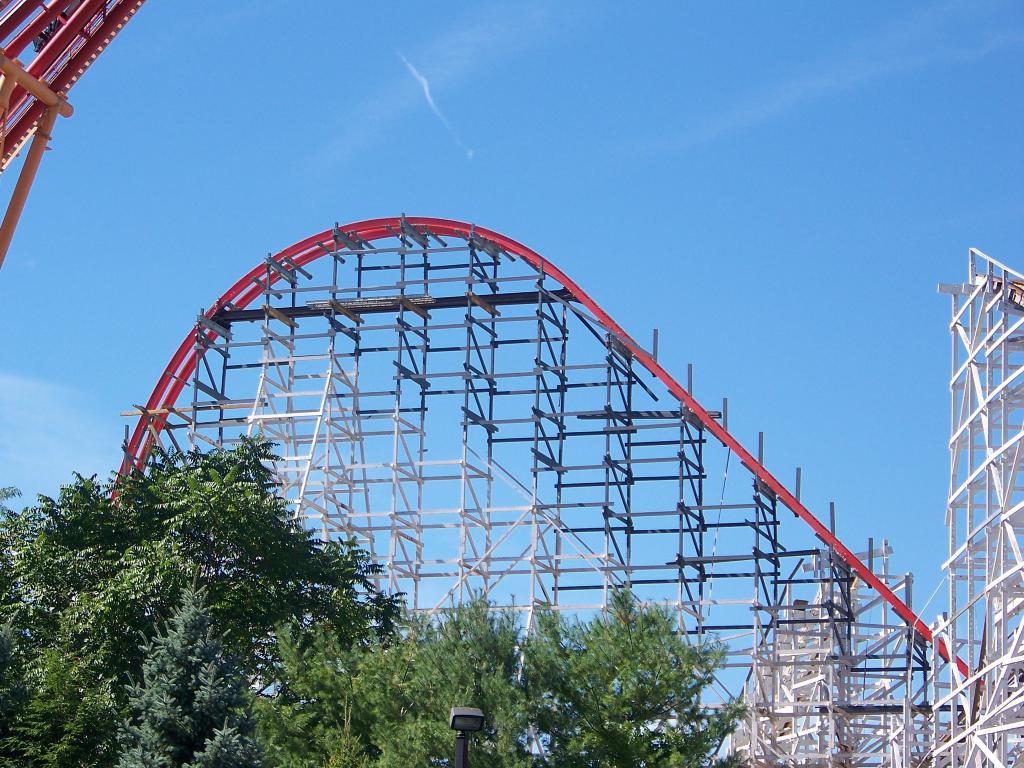 Heading outside of the park now. This is a good comparison between New England SkyScreamer and Wicked Cyclone. 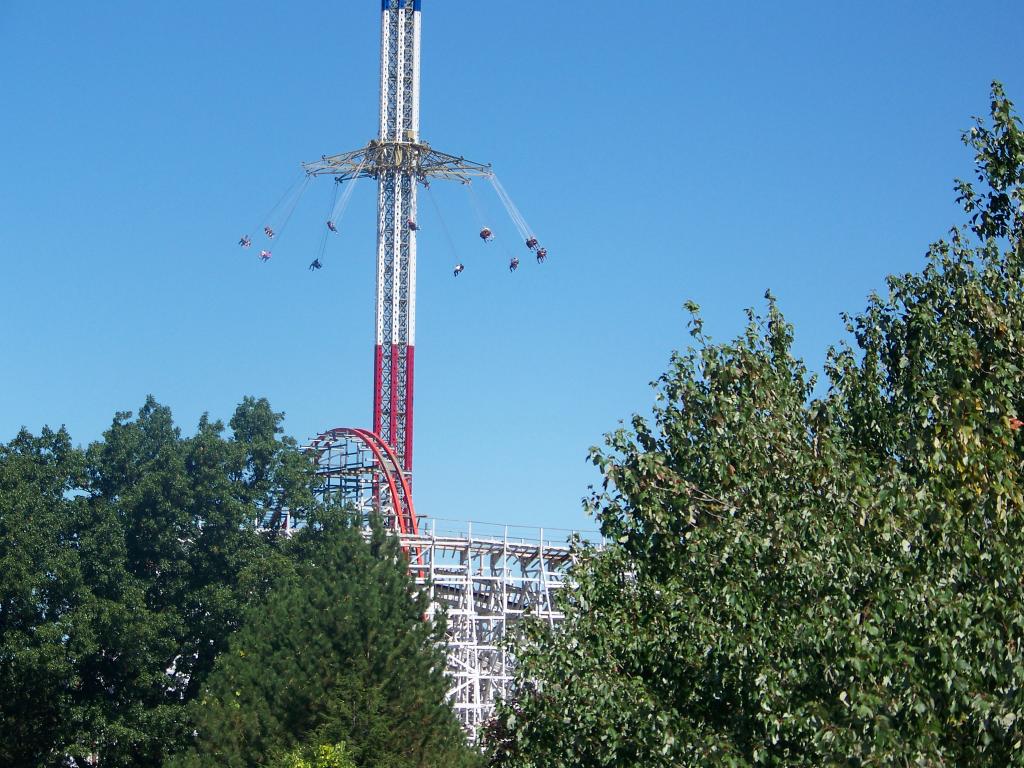 This picture gives you a pretty good idea of just how steep the drop will be. 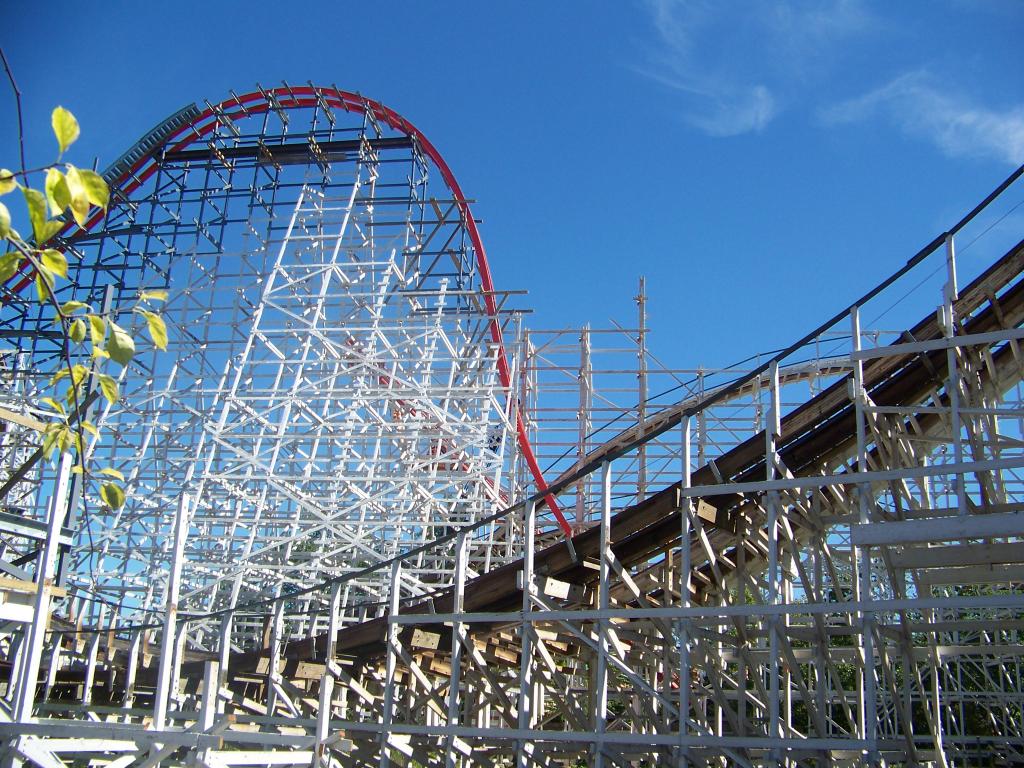 More of the catwalk for the lift hill needs to be installed. 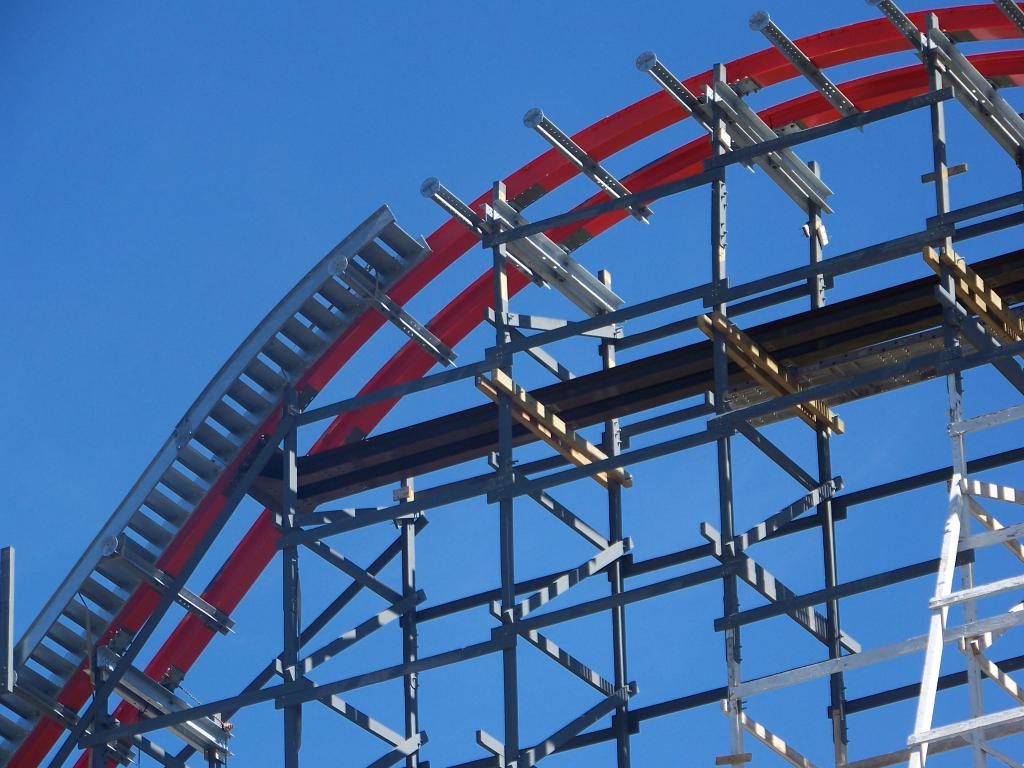 In addition to the topping off and first drop being completed, some new footers have been poured. These are likely for the airtime hill by the station. 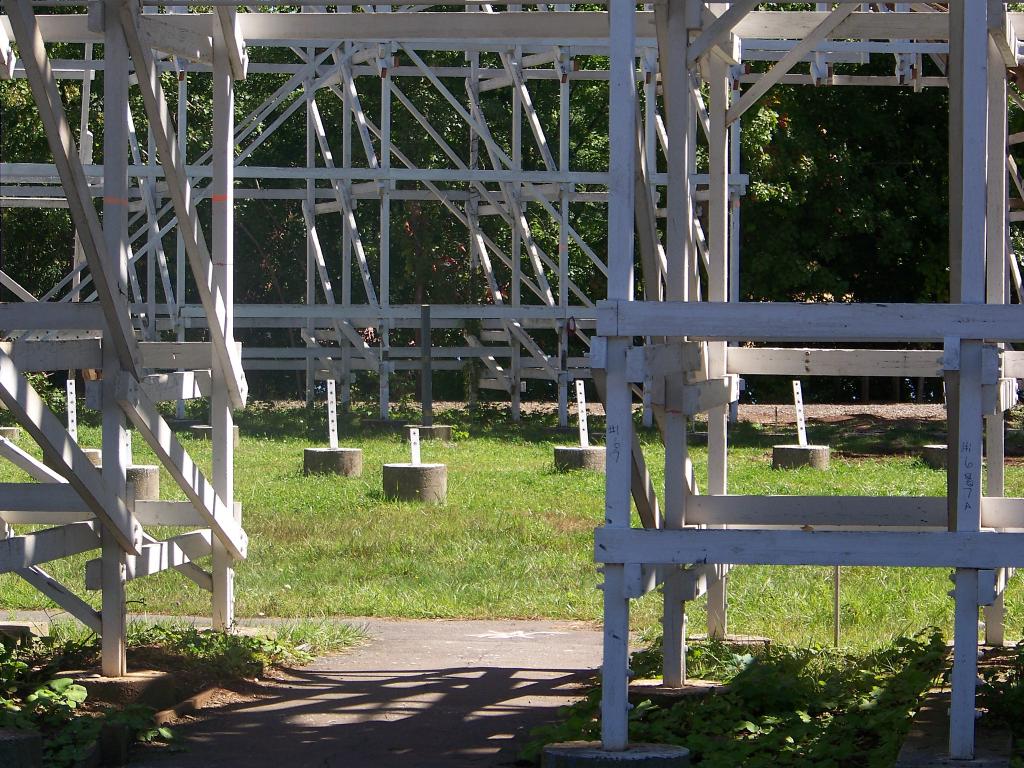 Structure for the roof over the brake run is starting to go up as well. 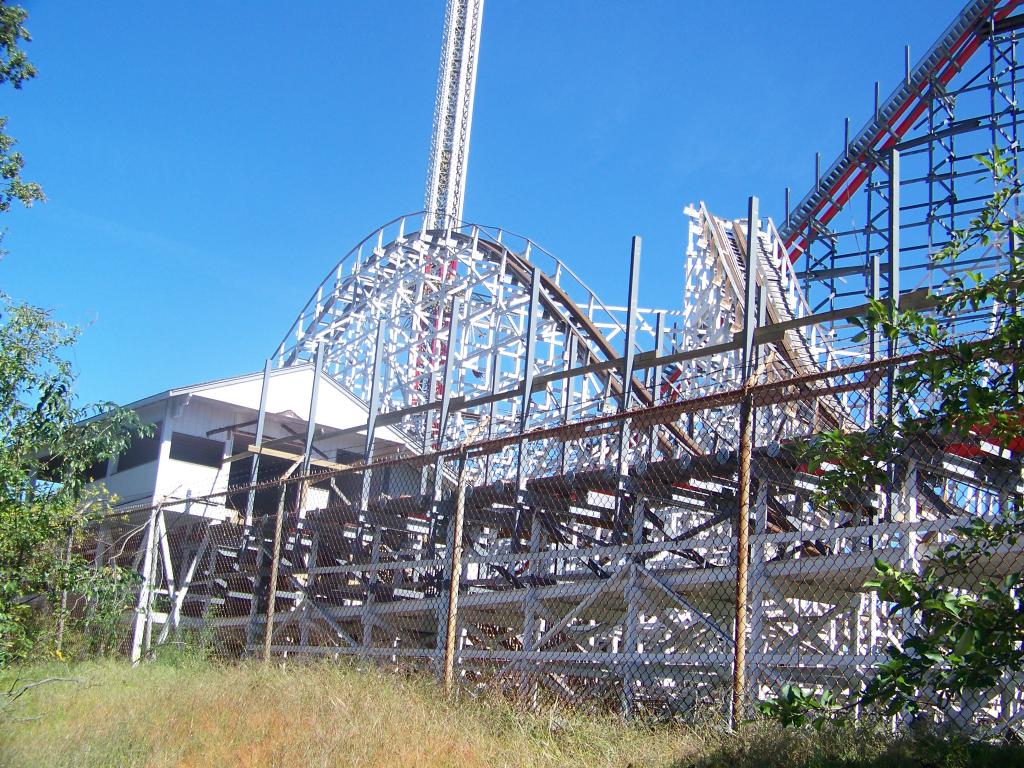 It’s hard to believe that that portion of old Cyclone track used to go over the lift hill. With Wicked Cyclone, it is going to go through the structure. 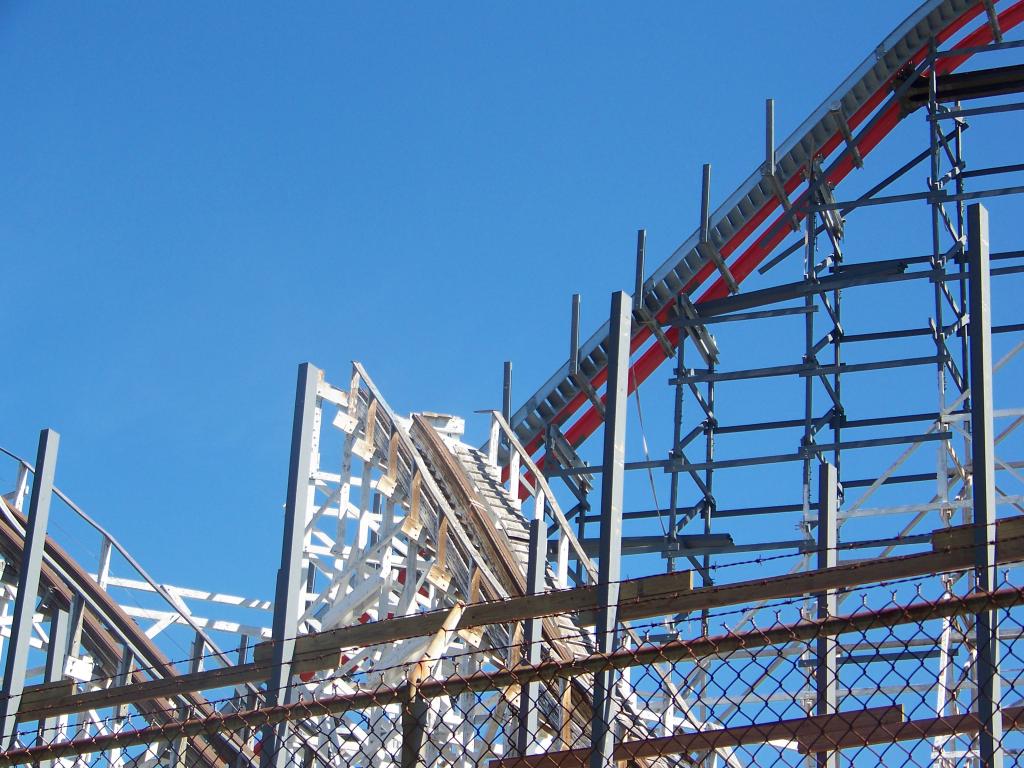 One final picture to close out this update: 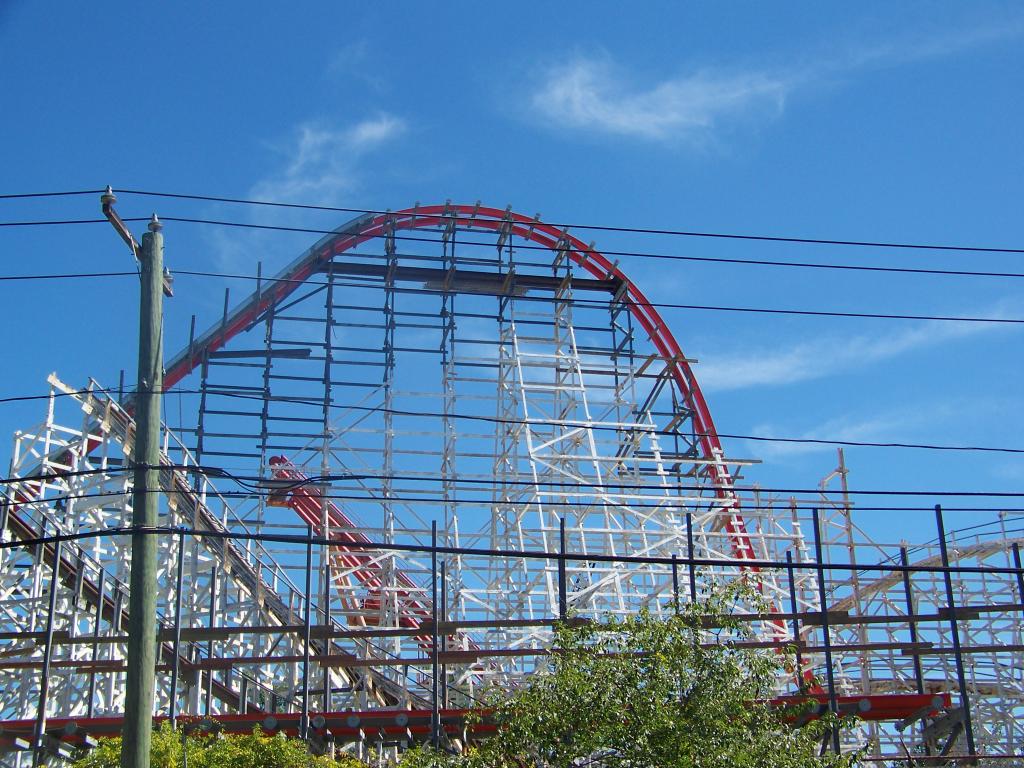 The crews are working at record speed. So be sure to come back next week to see what happens during the week. We’re going to be doing weekly updates until the end of the season. You can also see what happens while the park is closed on Six Flags New England’s Instagram account. The park was updating it all last week.

Six Flags New England also released an animated POV of Wicked Cyclone. Special thanks to them for sending it to us!