More track has been removed and new I-box track is on site. Here is Wicked Cyclone construction update #10. 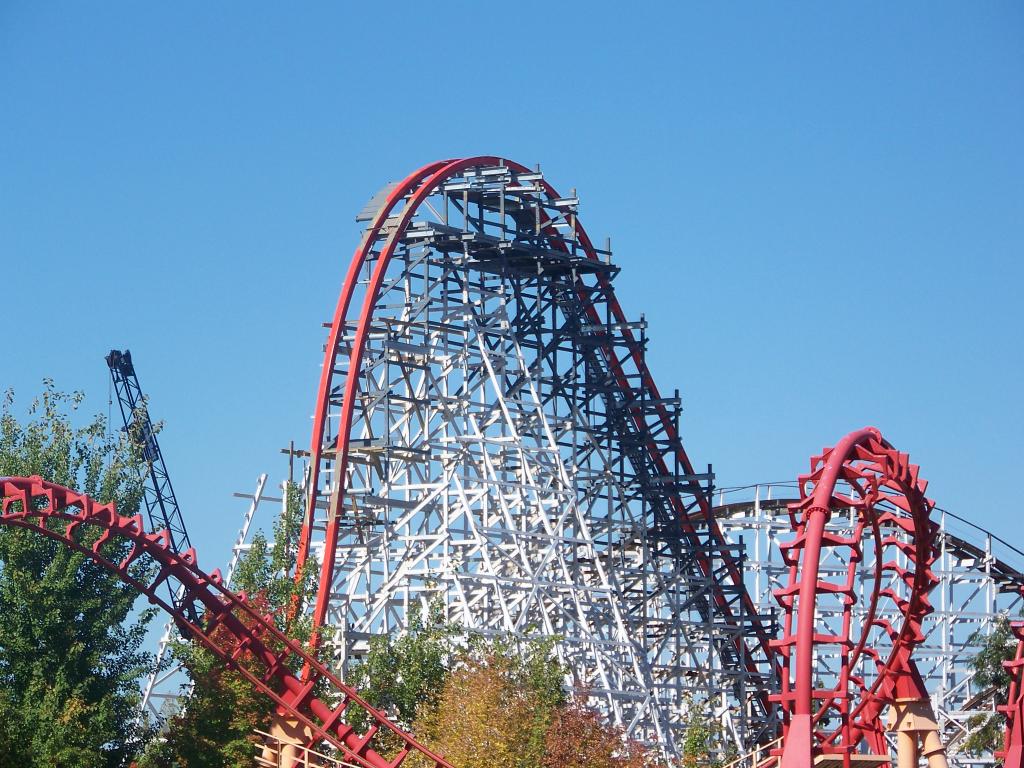 We’re back this week for another update. Unlike last week, when we were at the park for Fright Fest media day (click here for our report), we came here today just to get new Wicked Cyclone pictures.

More track on the turnaround closest to the maintenance building has been removed. A lot of the structure was taken down as well. 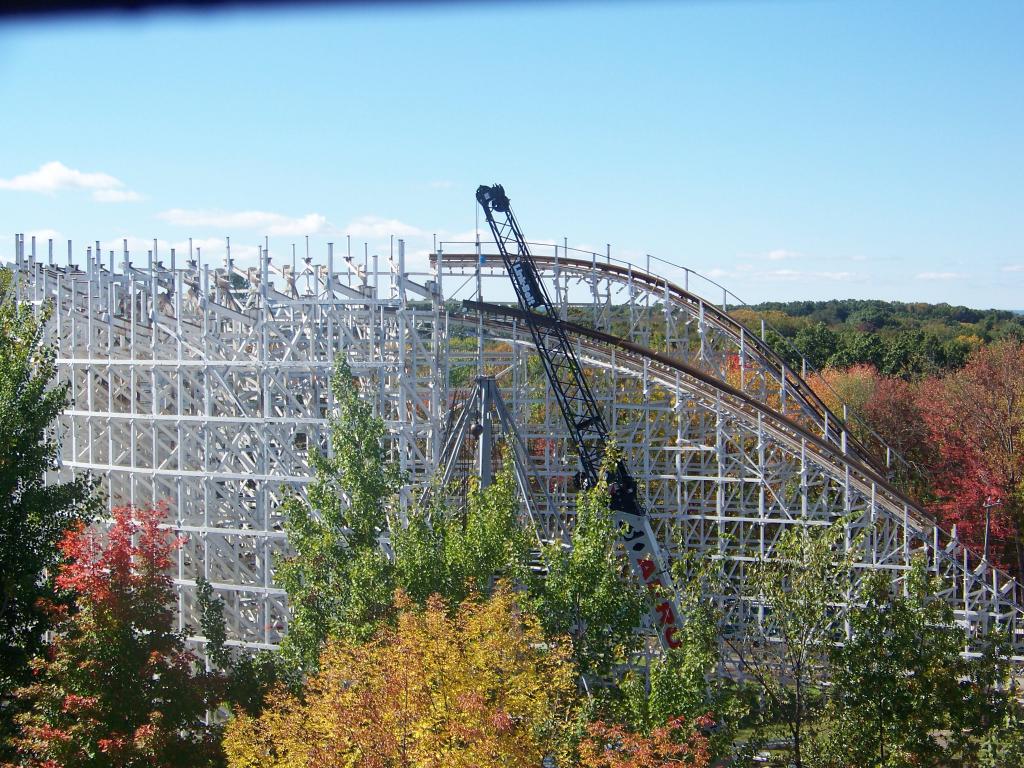 This will soon become a drop into the first zero-g roll. Side note: it’s sort of weird that Flashback’s paint is chipping on the spine. I don’t think it’s chipping anywhere else. Maybe this is why they are removing New England Skyway? 😛 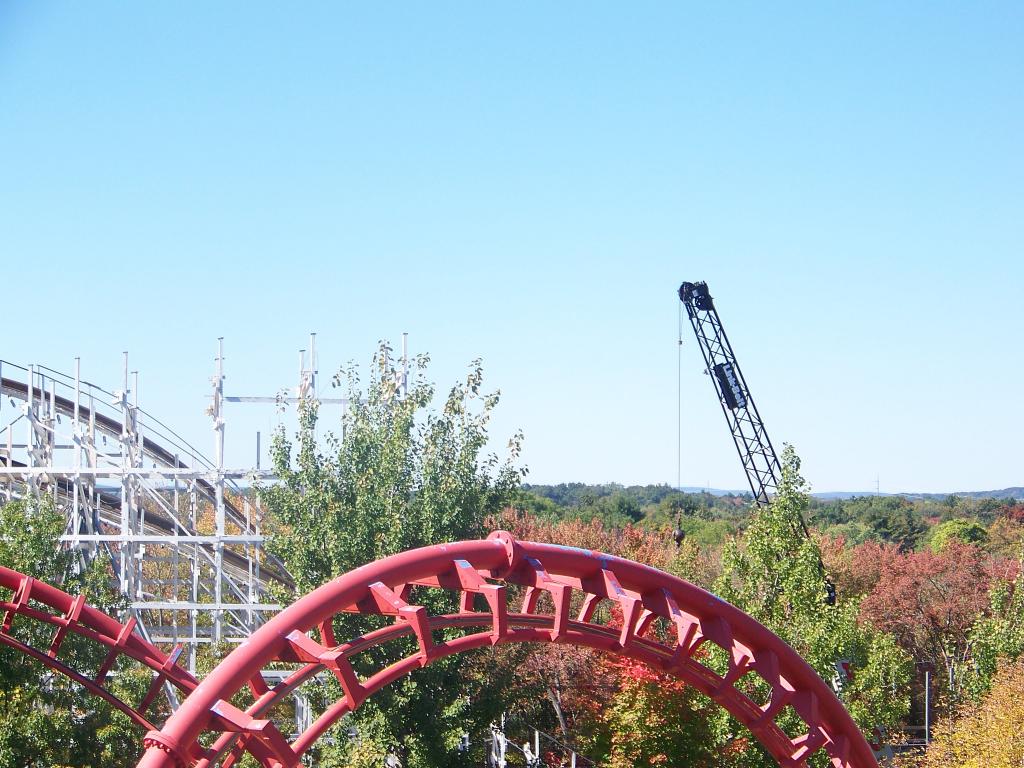 Sort of an artsy picture through Flashback’s loop: 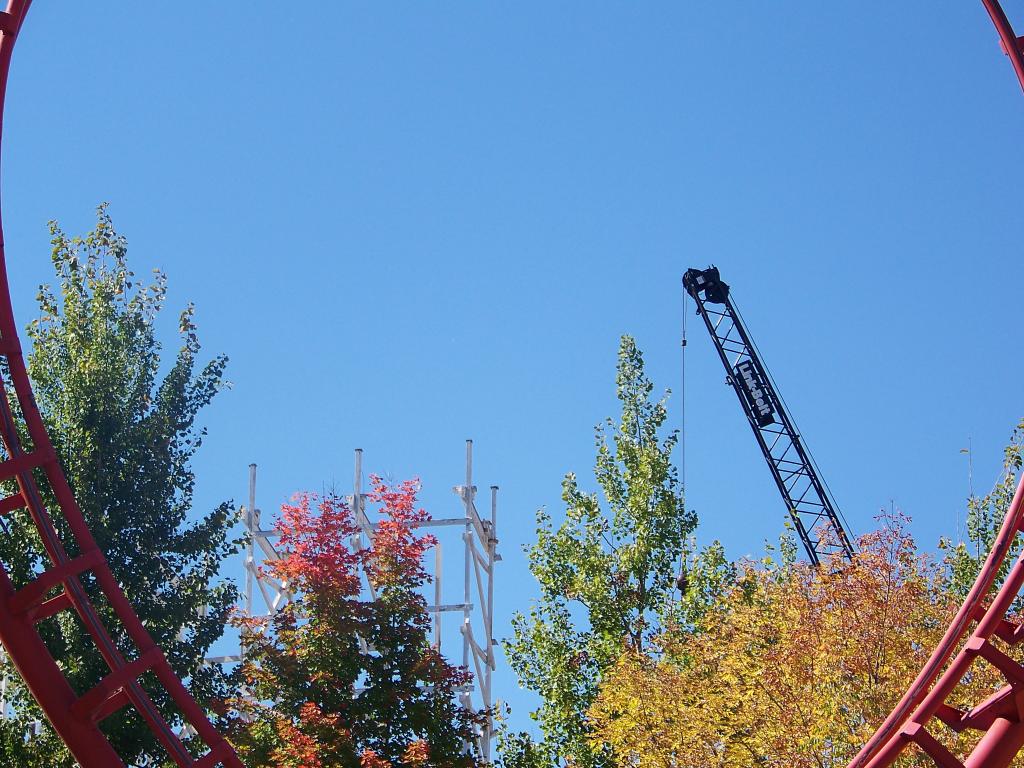 One last view. You can see the old drop is still remaining… for now. 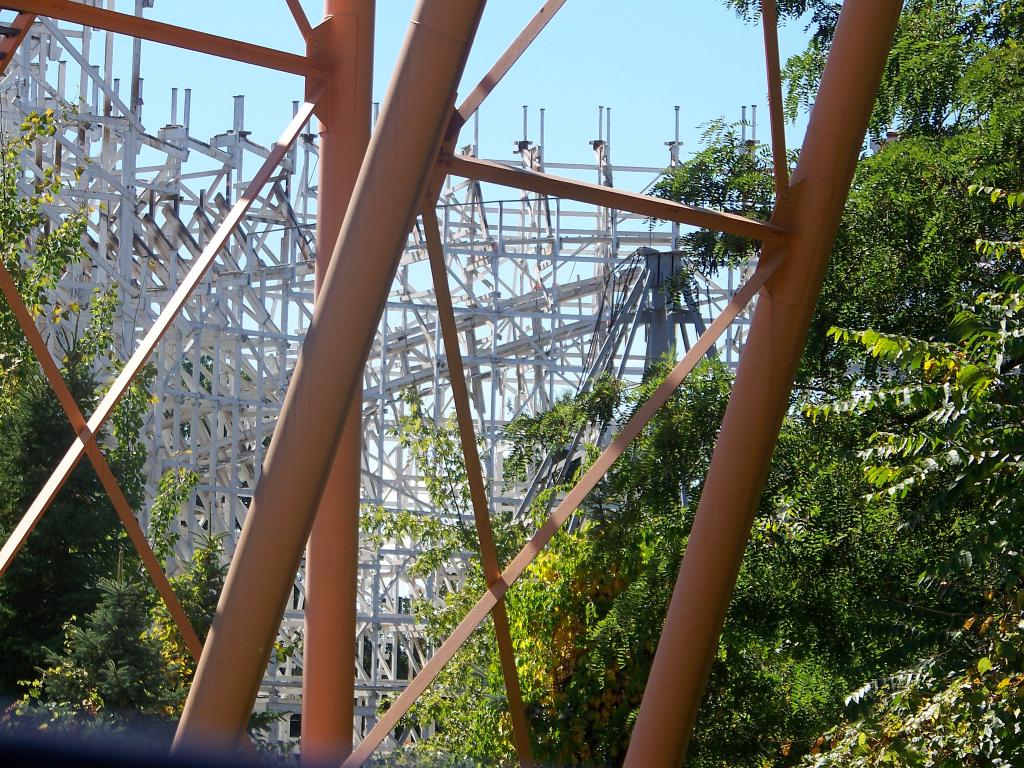 Now heading outside of the park… Doesn’t look too different from the update last week. 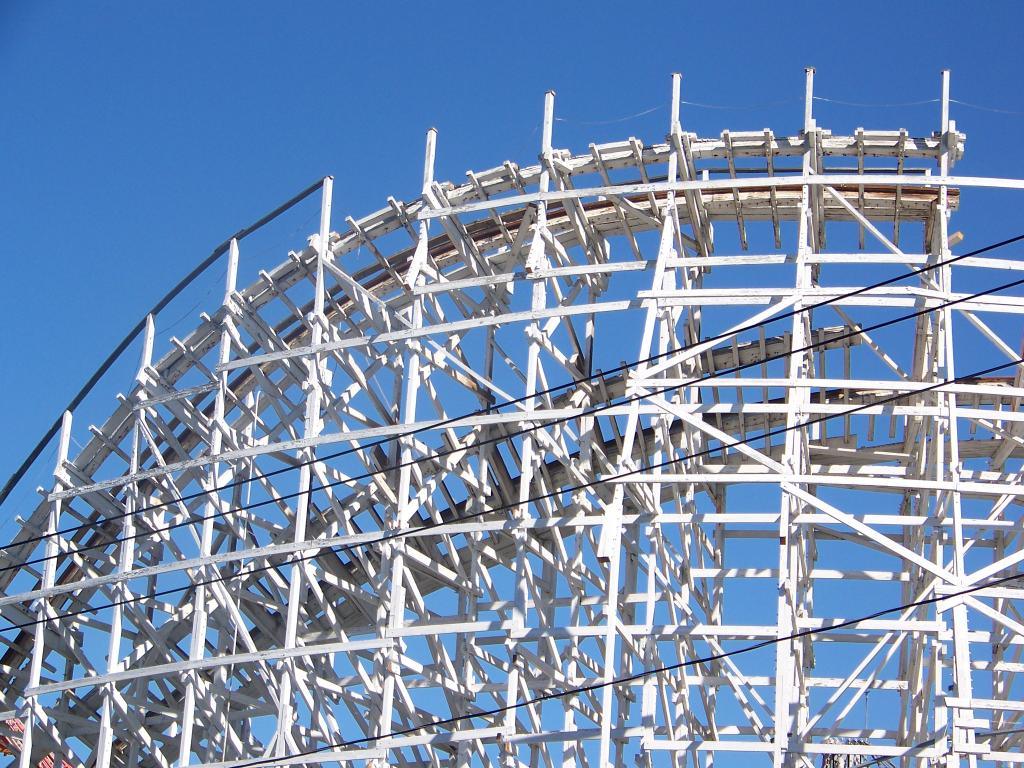 This view paints a different picture. Both the valley’s of the topper track section and the valley before the hill over the lift hill have been removed. 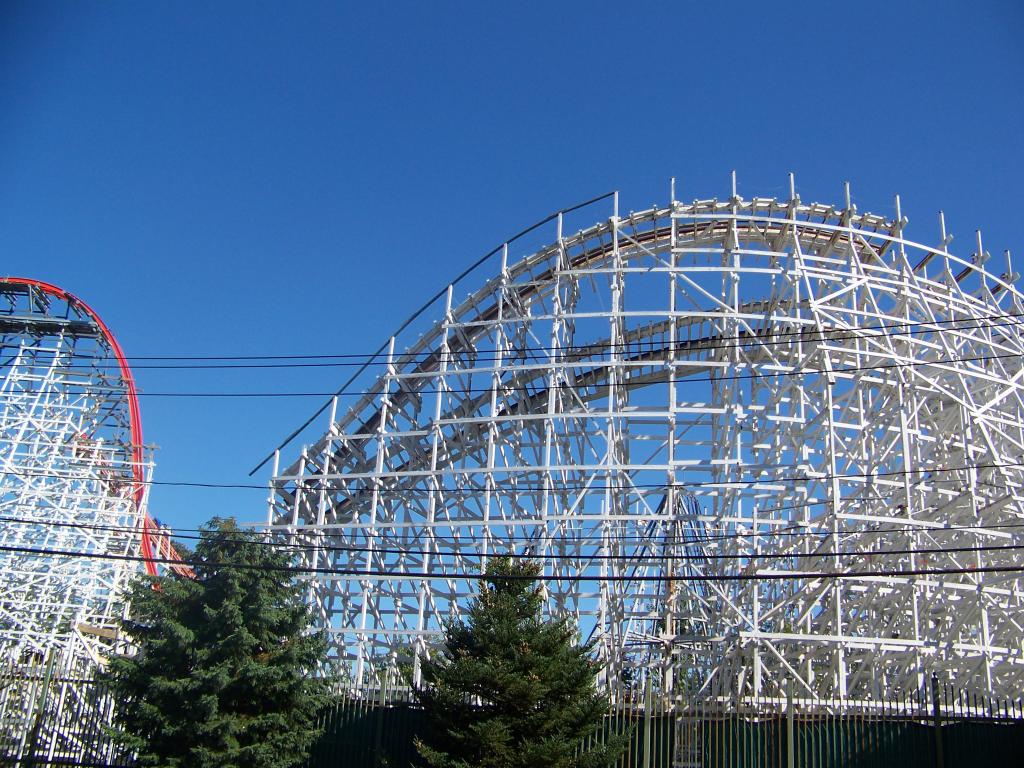 Closeup angle of the old footers for the previously mentioned valleys. 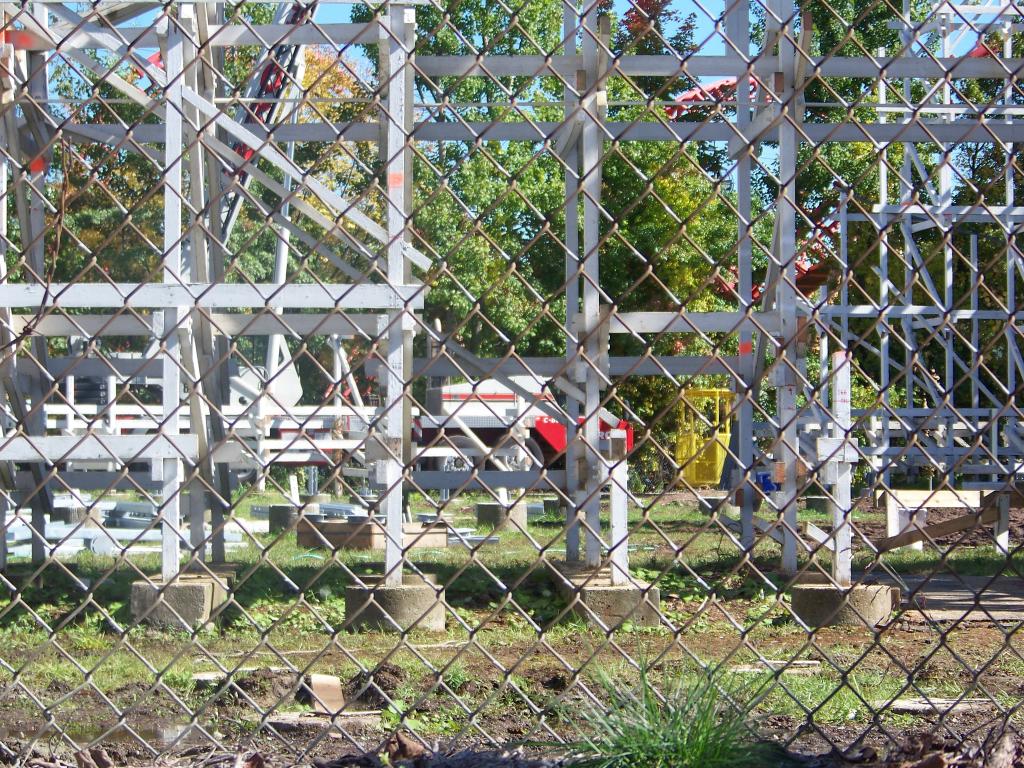 Here’s a look at the current state of the brake run. 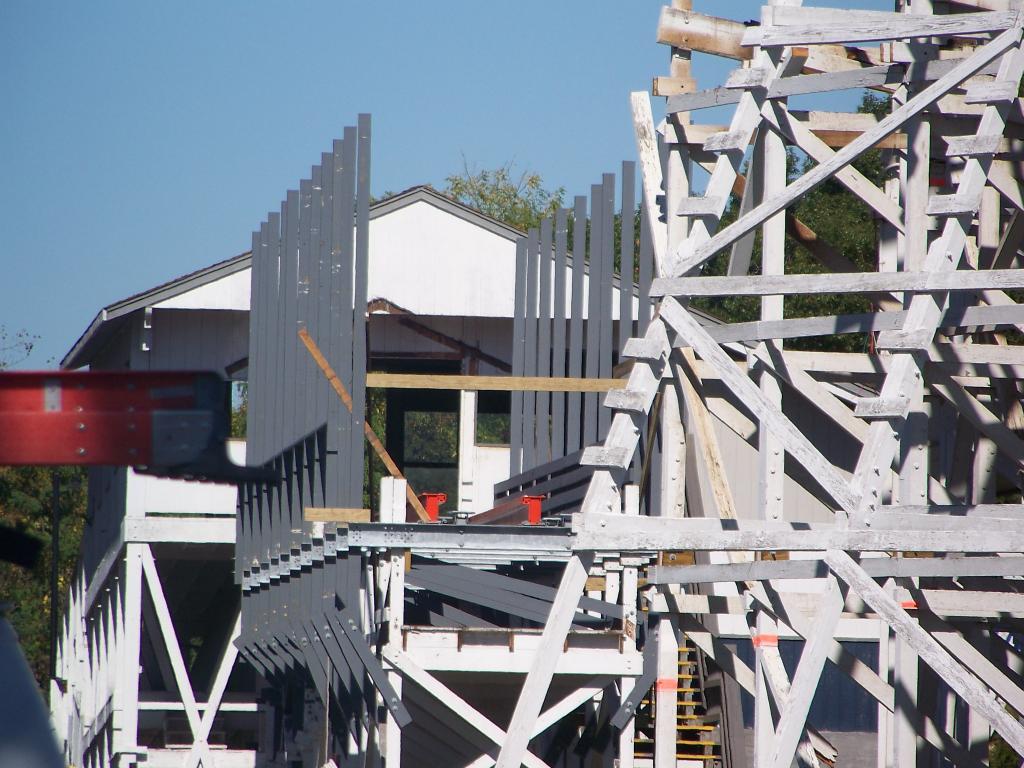 While we were outside of the park we checked on the maintenance area to see if any more track arrived on site… And indeed it has. 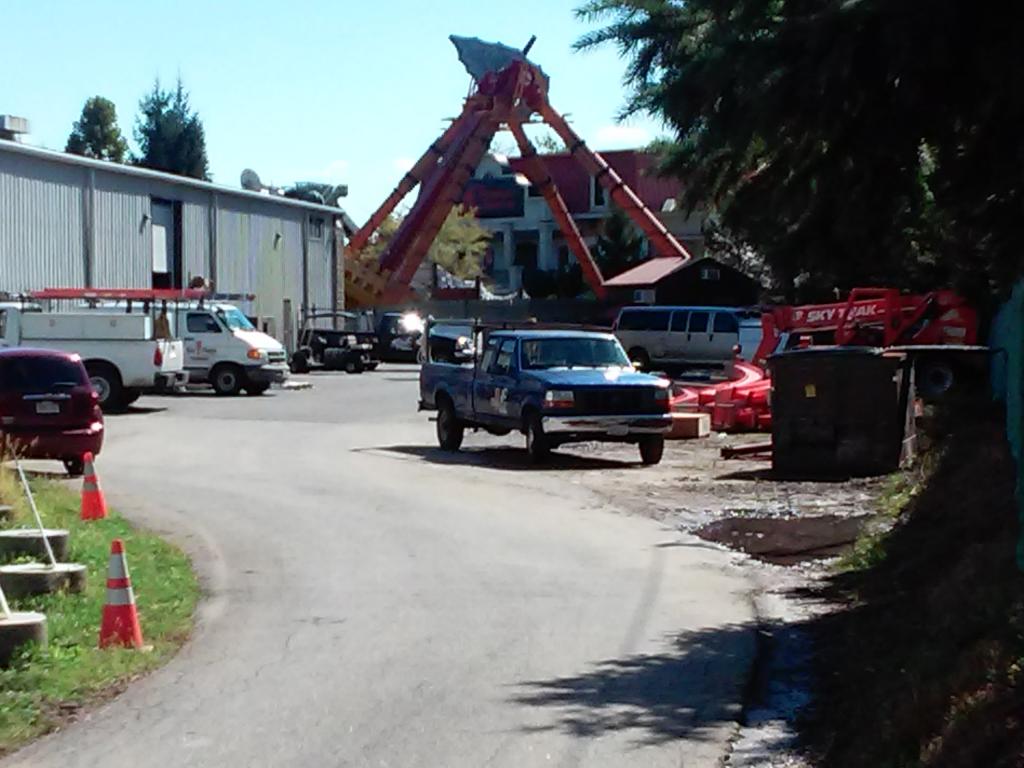 Here’s a closer look. We’re guessing these pieces are for the over banked turn just after the first drop. 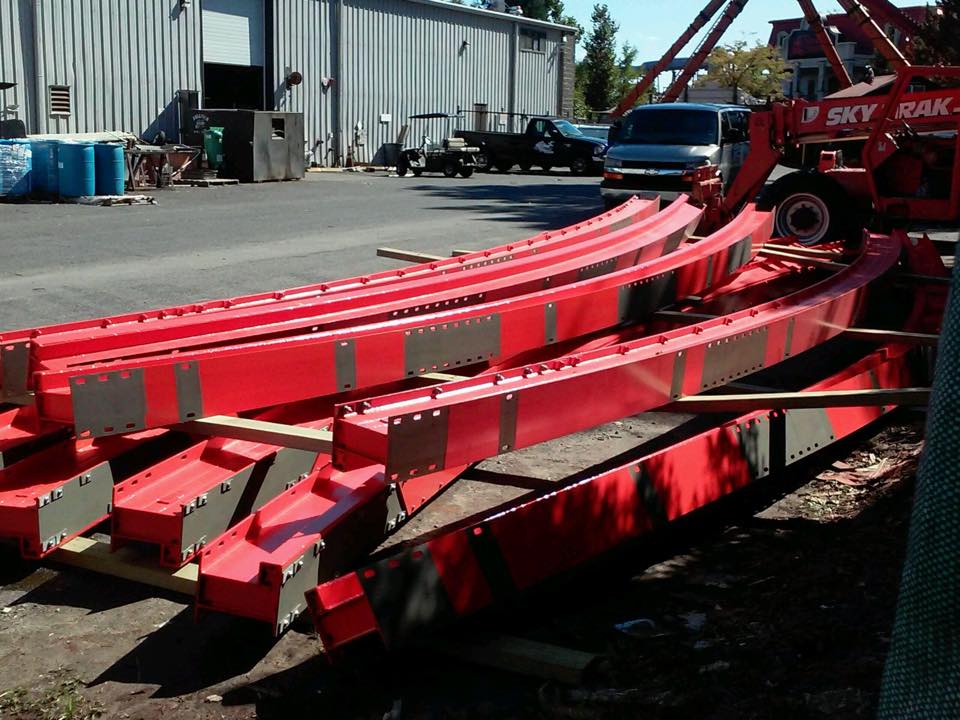 Now getting back into the park. Just a heads up. What you are about to see are a bunch of pictures of orange marks on white supports. Nothing extremely interesting, but it has to be done. Here we go: 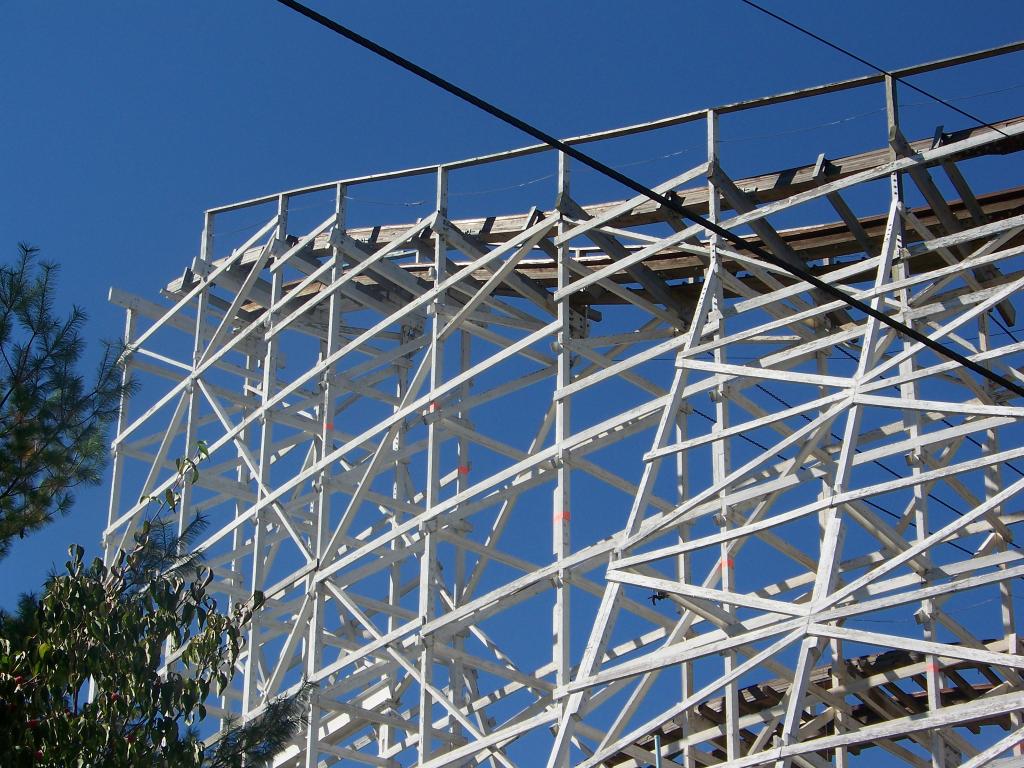 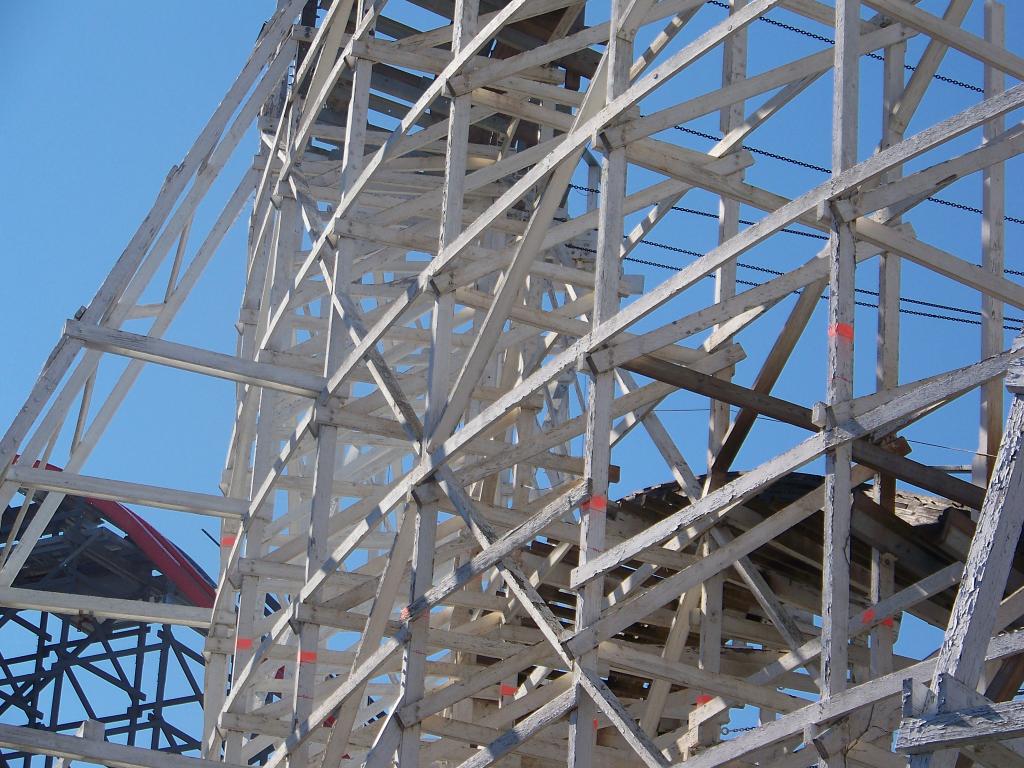 We mentioned what the orange marks were for in the update last week. In case you didn’t read that, these marks show the workers where to cut the bents down. A ton of them were added this past week. 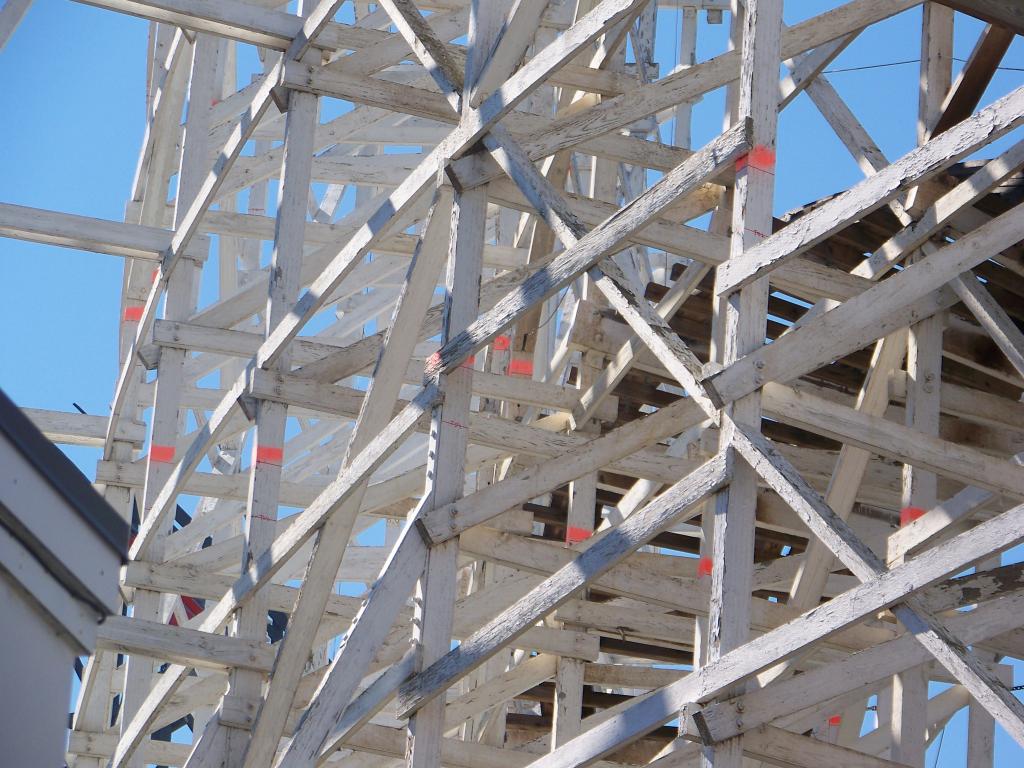 It appears as if a lot of the structure will be coming down. The marks in the three pictures above were for the 200-degree stall, and the marks below are for the second over banked turn. 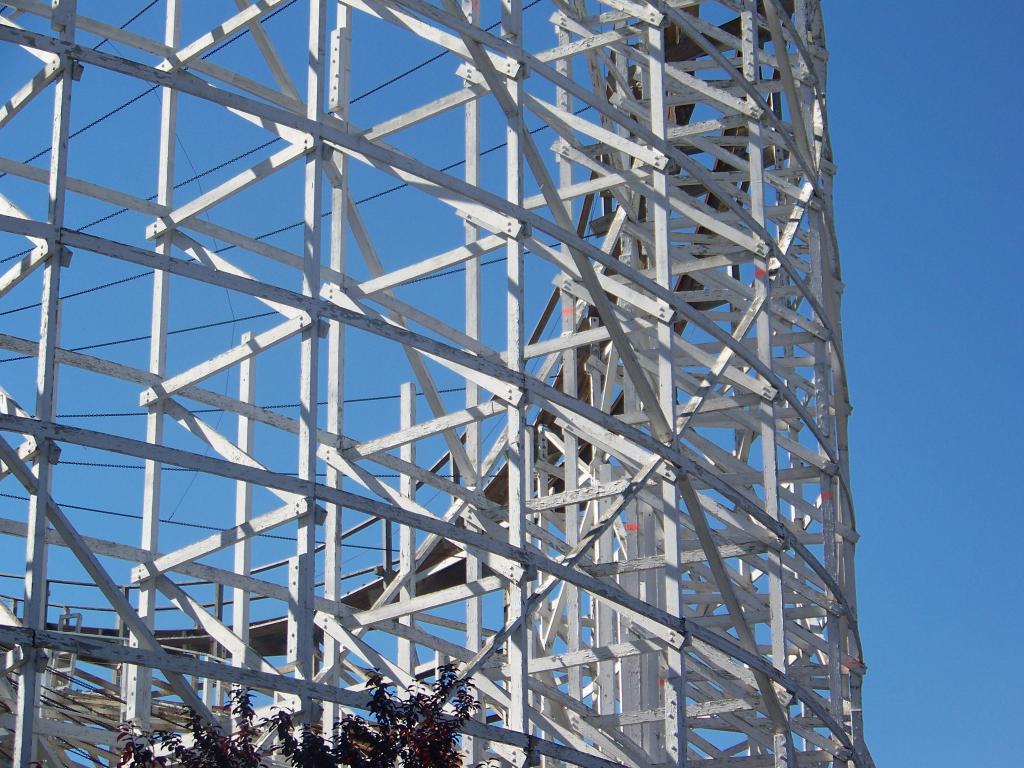 While most of Cyclone was high to the ground with frequent pauses, Wicked Cyclone will be shorter and relentless. 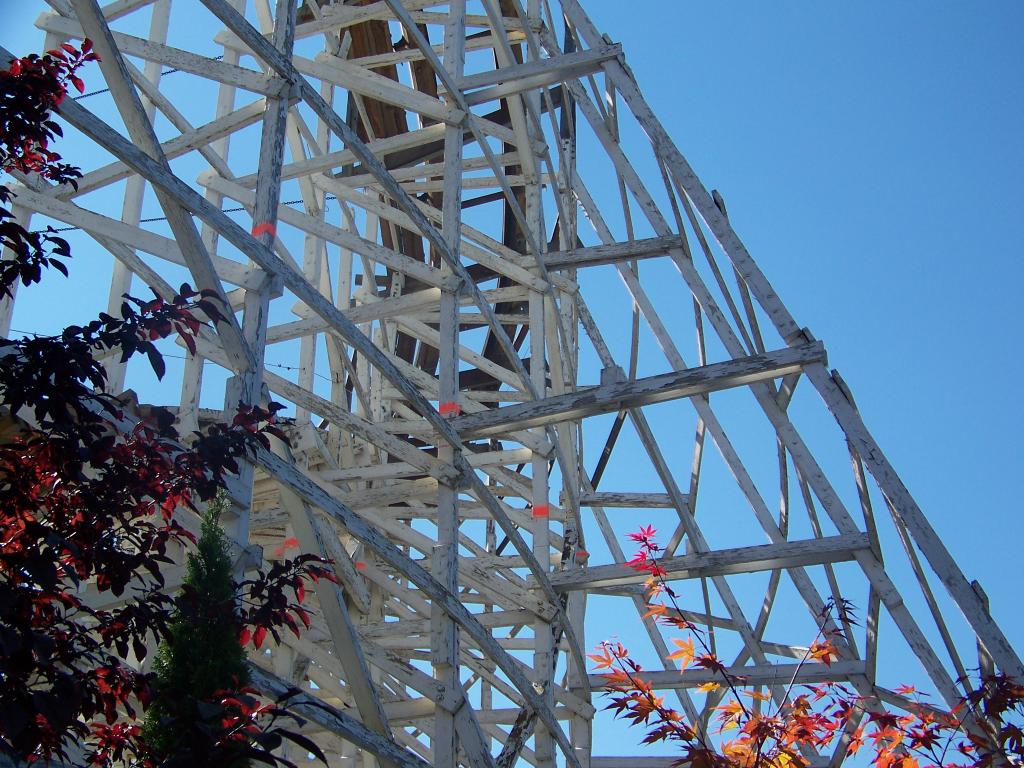 As you can see, it will be substantially shorter in this section. The picture below is leading into the double down. 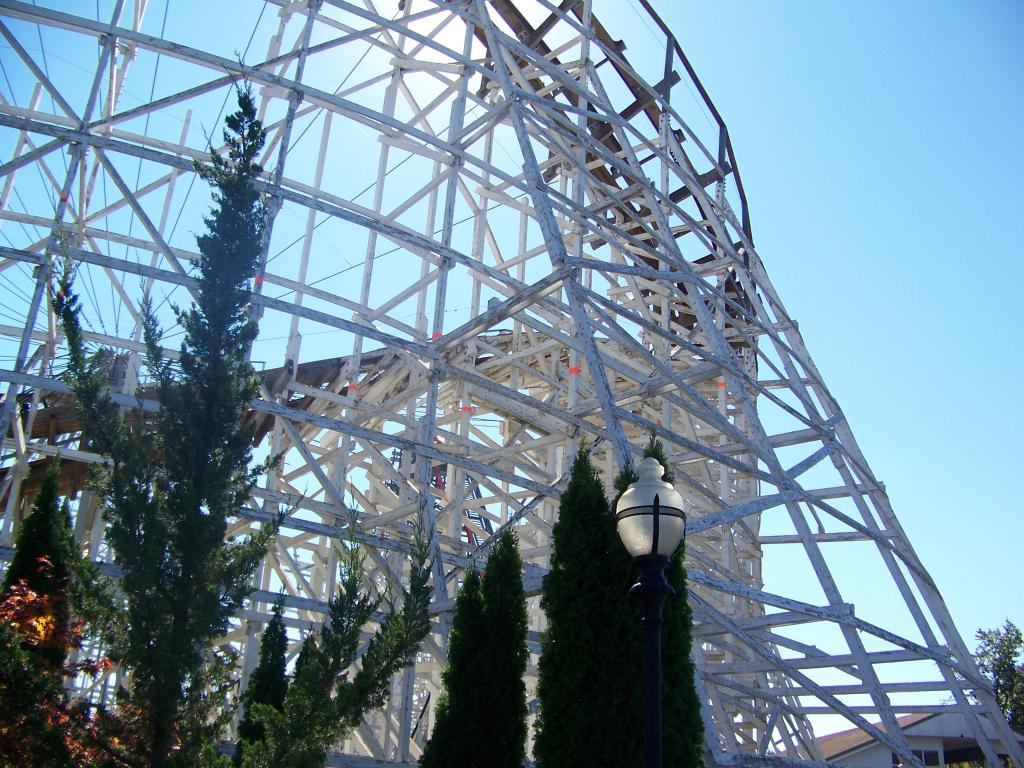 Start of the double down. This gives you a really good sense of how much lower the track will be on Wicked Cyclone: 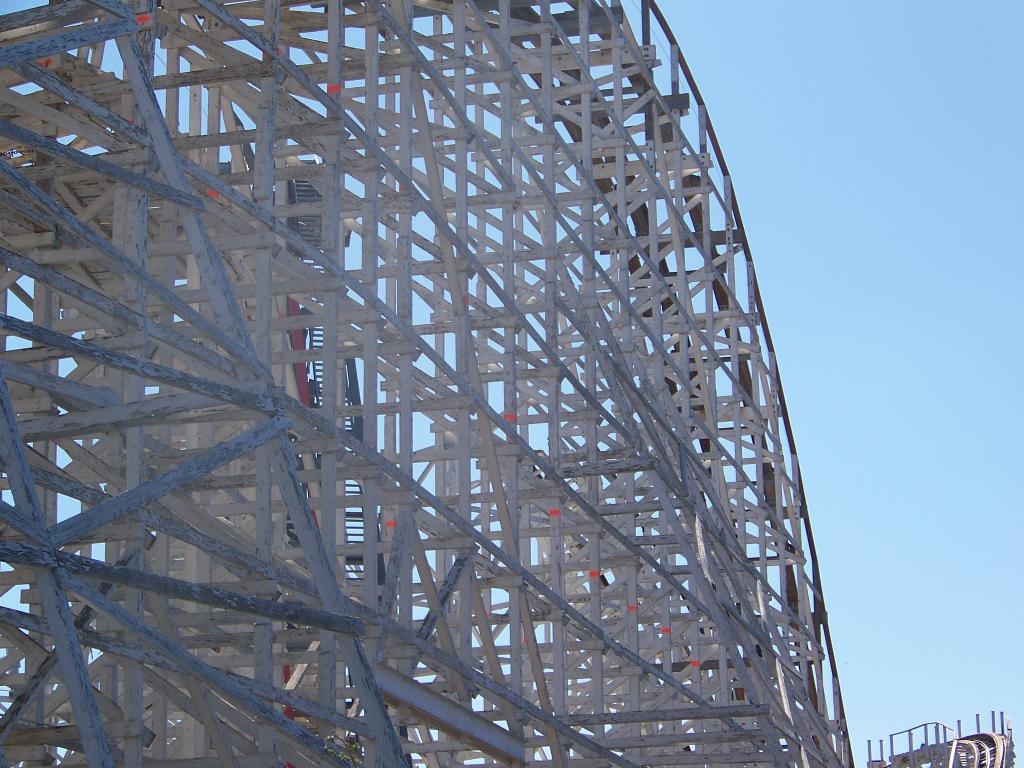 Imagine this view next year! 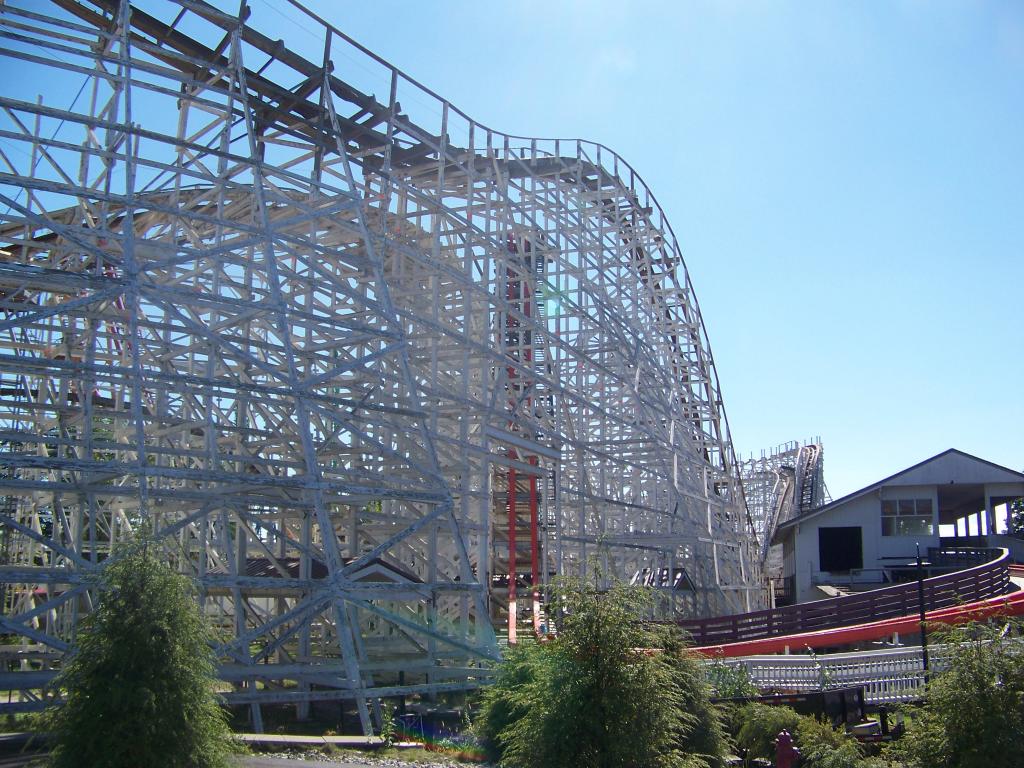 Also new this week, the catwalk on the lift hill is getting closer to being finished: 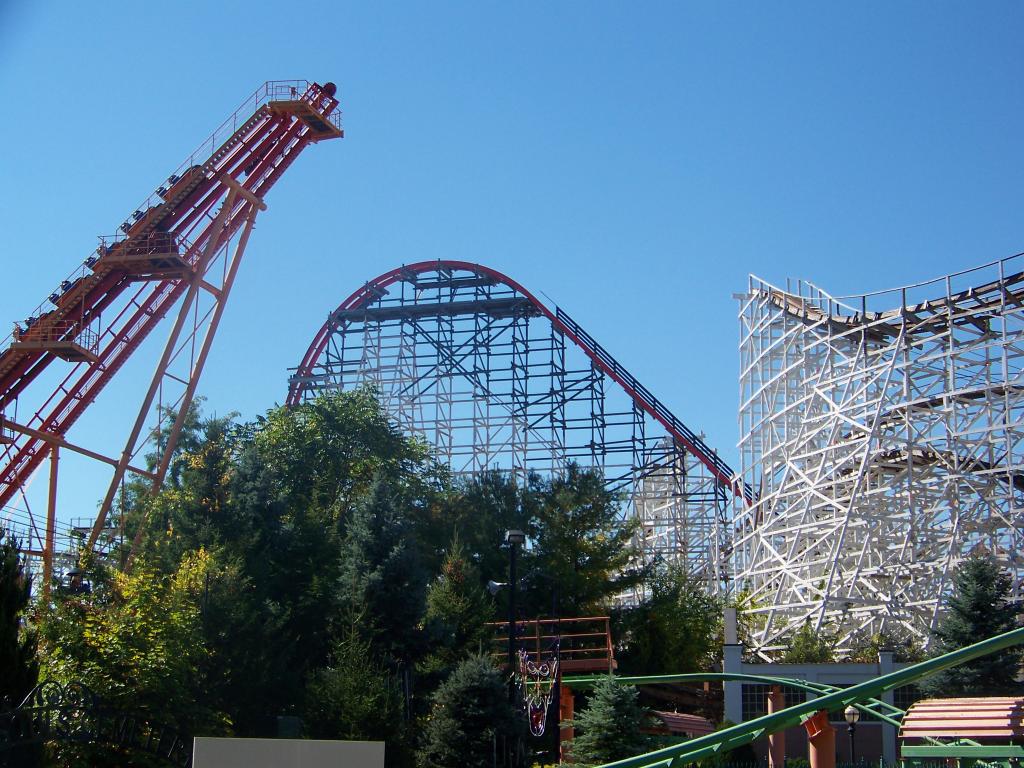 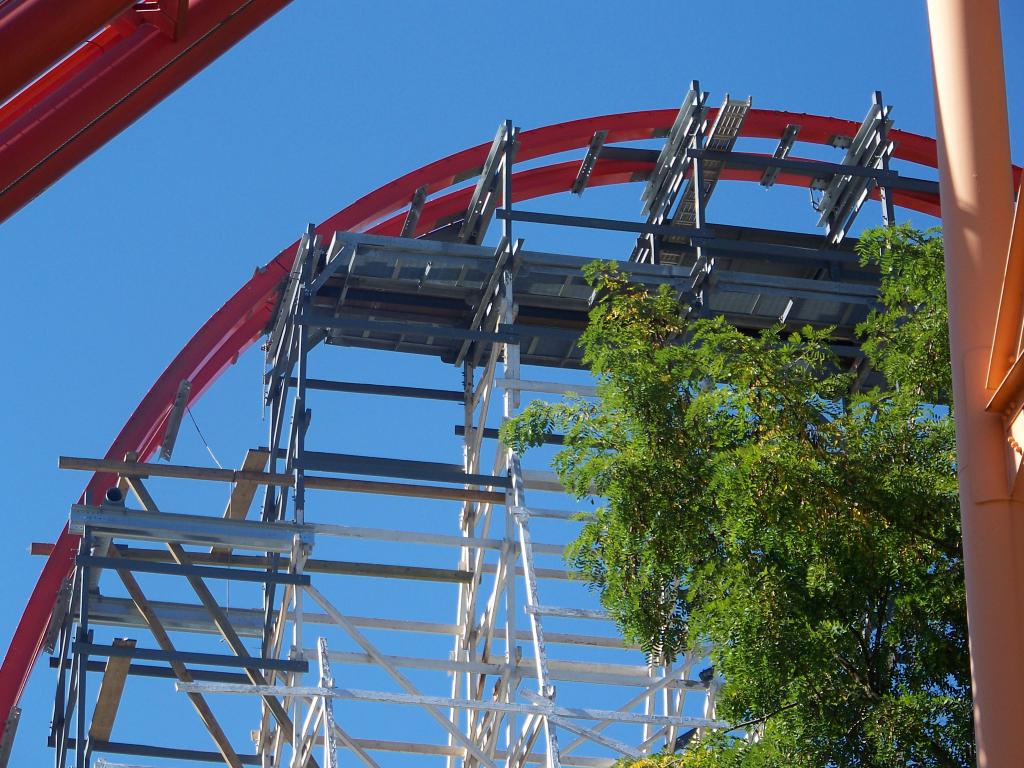 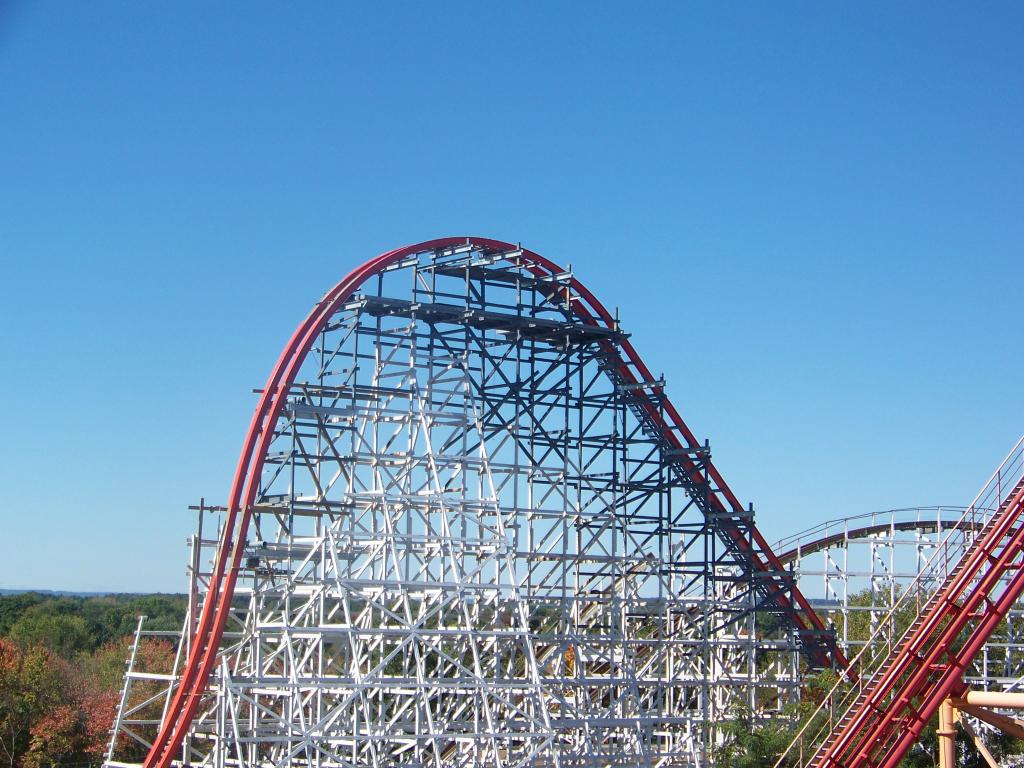 That does it for this week’s Wicked Cyclone construction update! In case you missed it, you can click here to read our Fright Fest review. Be sure to also follow us on Facebook, Twitter, and Instagram for more updates throughout the week.