A ton of new pieces have been added to Wicked Cyclone as the 120-degree over banked turn takes shape. This is Wicked Cyclone construction update #13. 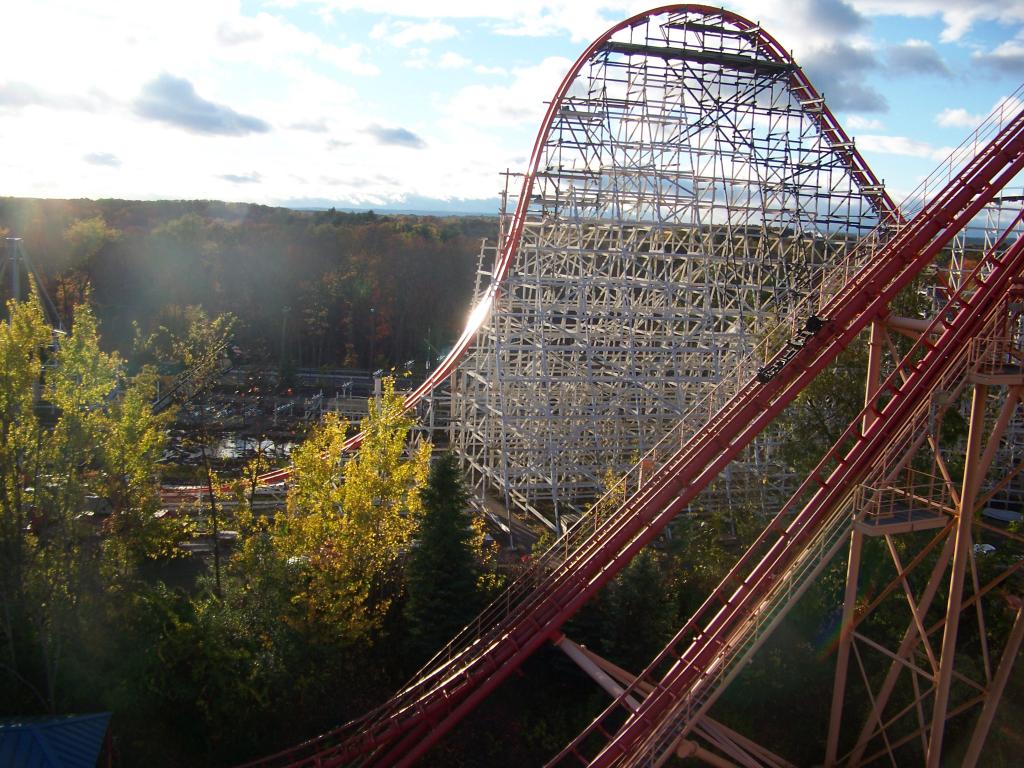 Even with the bad weather last week, the Rocky Mountain Construction crews managed to get a ton of work done. Inside the park, you can’t see that much. You can see here that the airtime hump after the double down has started to take shape. 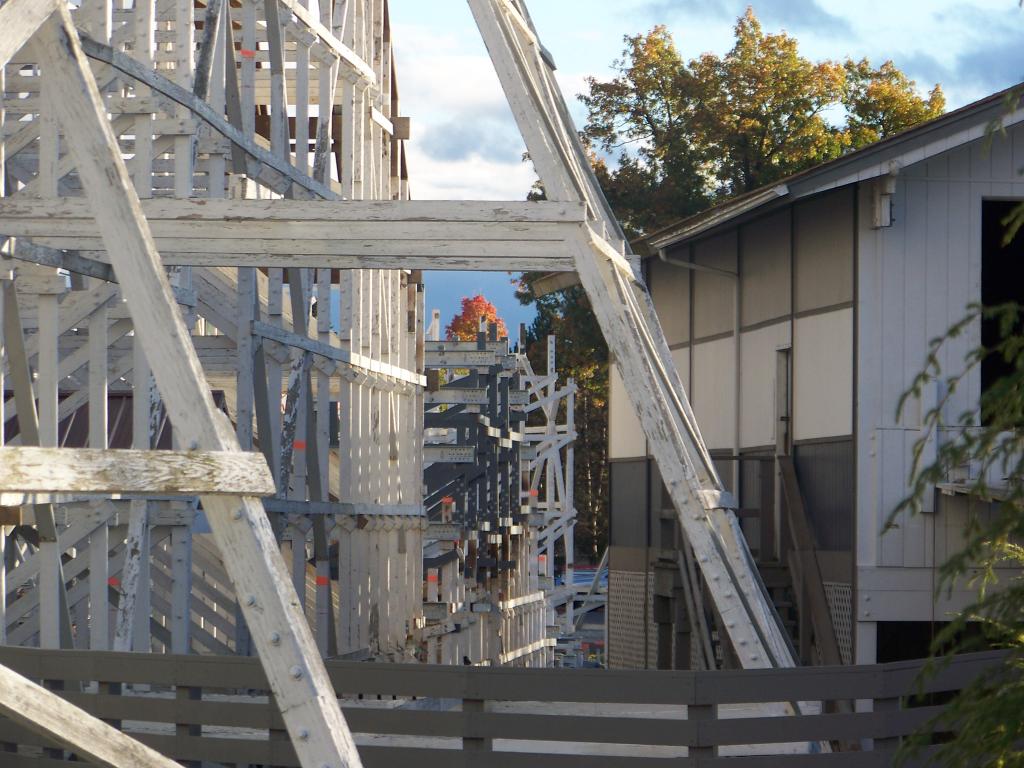 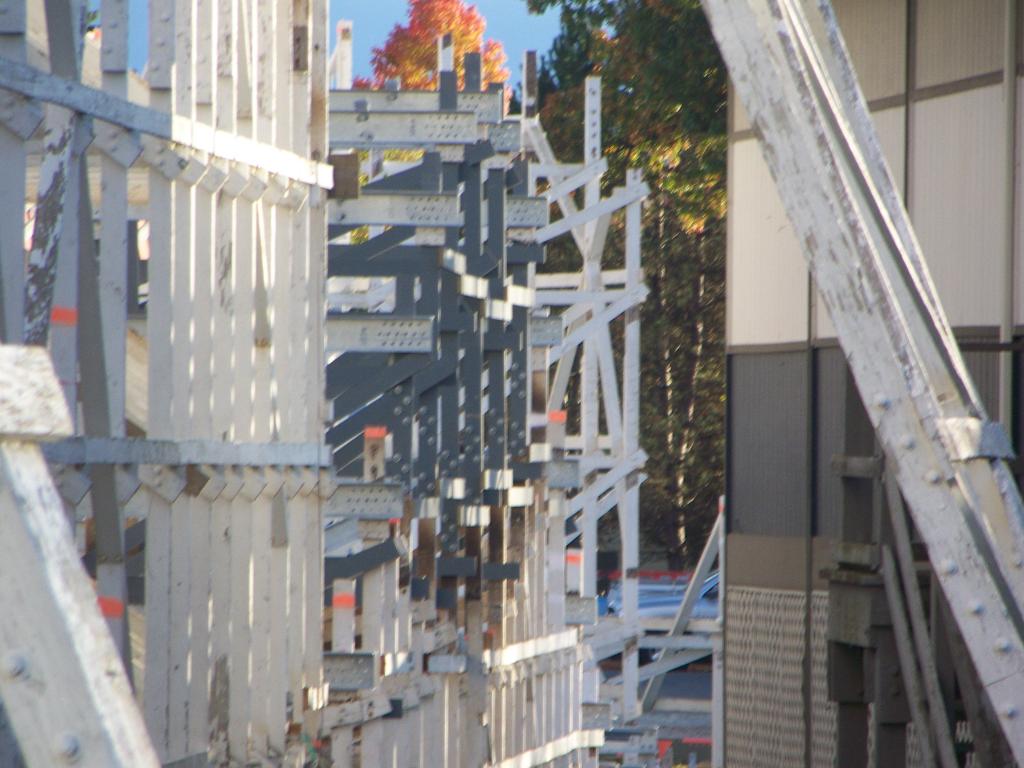 The 120-degree over banked turn is also coming along nicely. The RMC crews added the steel crossbeams that the I-box track mounts to. 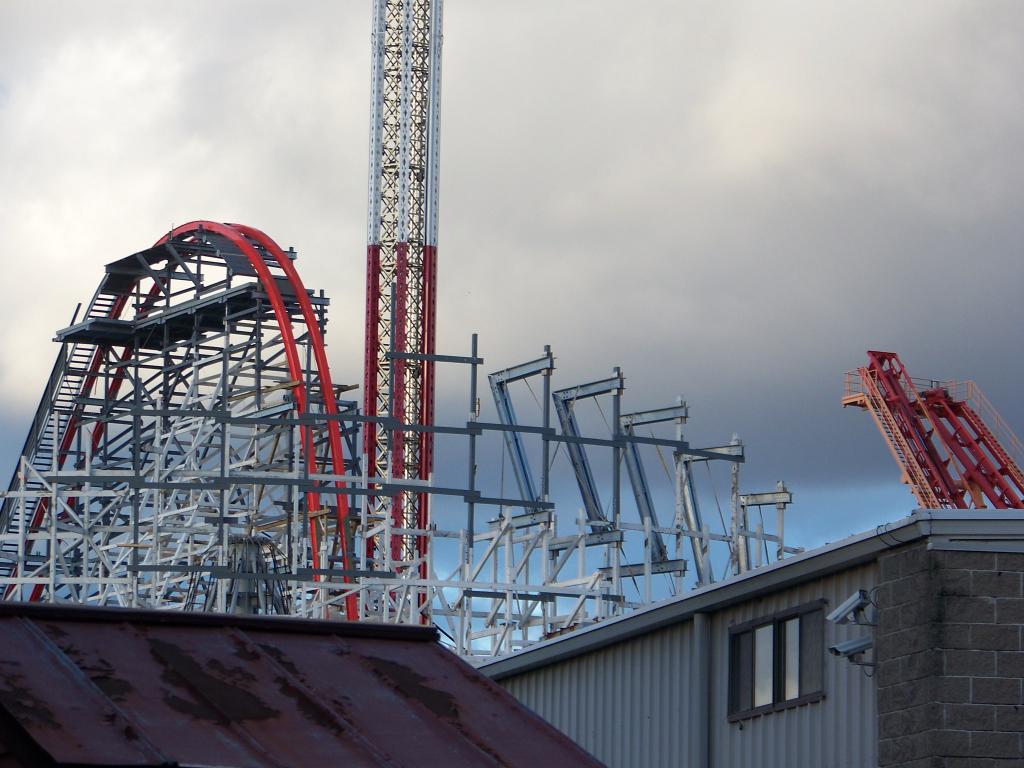 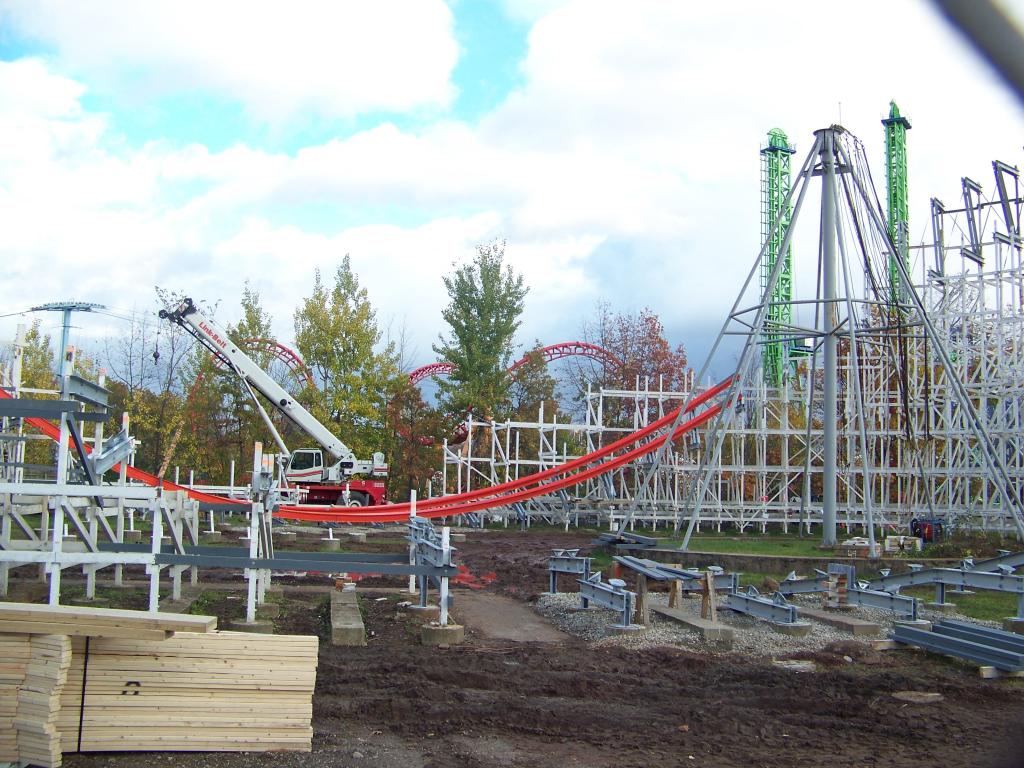 More of those crossbeams were added at the exit of the over banked turn. 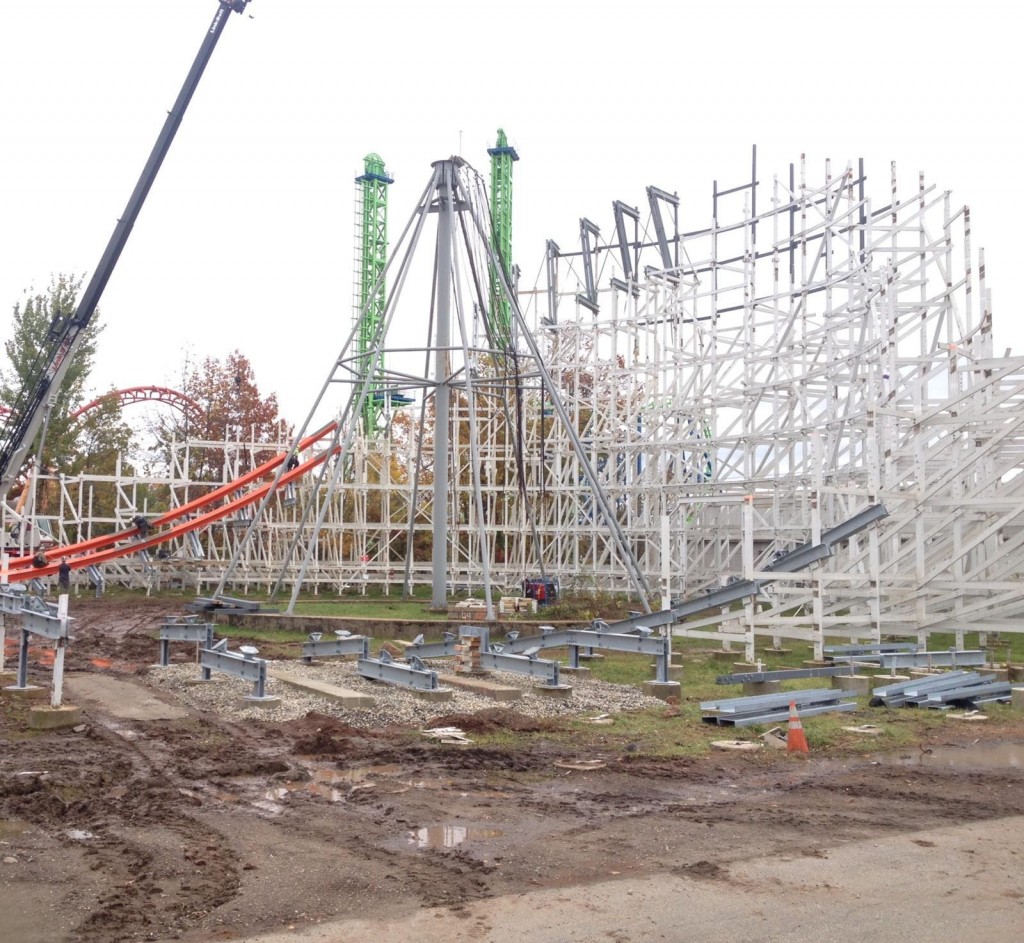 A zoomed in view of the crossbeams. It looks like they are using chunks of old Cyclone wood to connect the steel to the new wood. 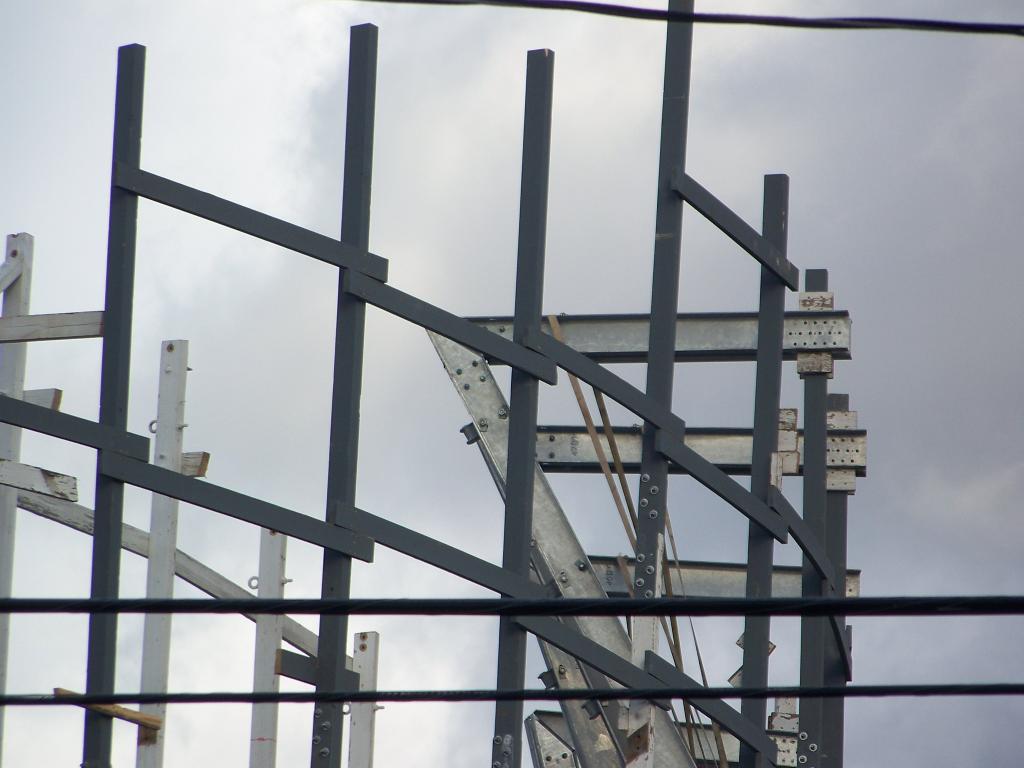 It also looks like they are going to paint some of the steel. Not sure why some are painted and some are not. It’ll be interesting to see what happens with this. 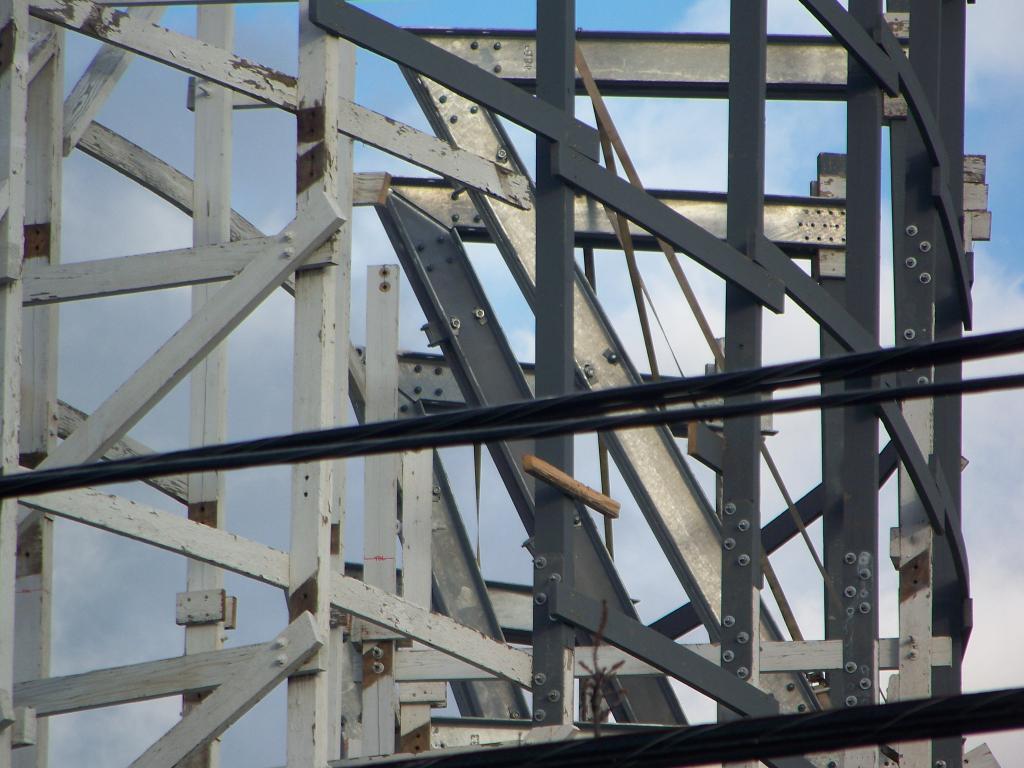 I still can’t get used to how different this area looks now. 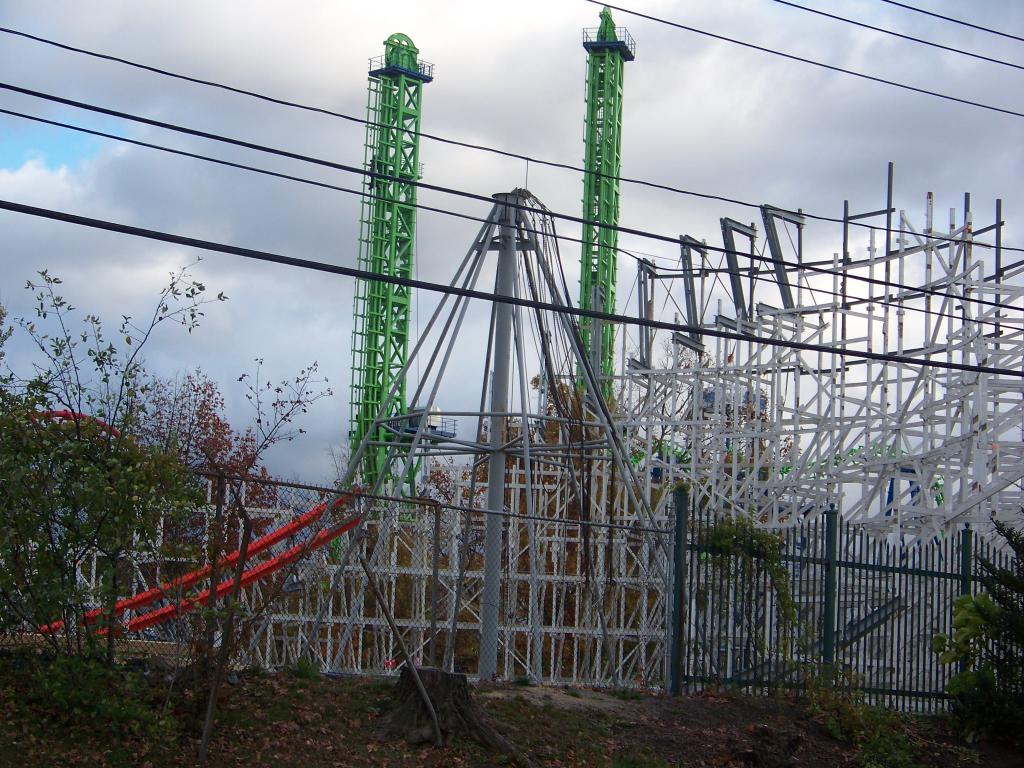 Even more crossbeams have been added to area after the over banked turn. I said it last week, but I’ll say it again… It’s really interesting how they connect the steel to the old footers. 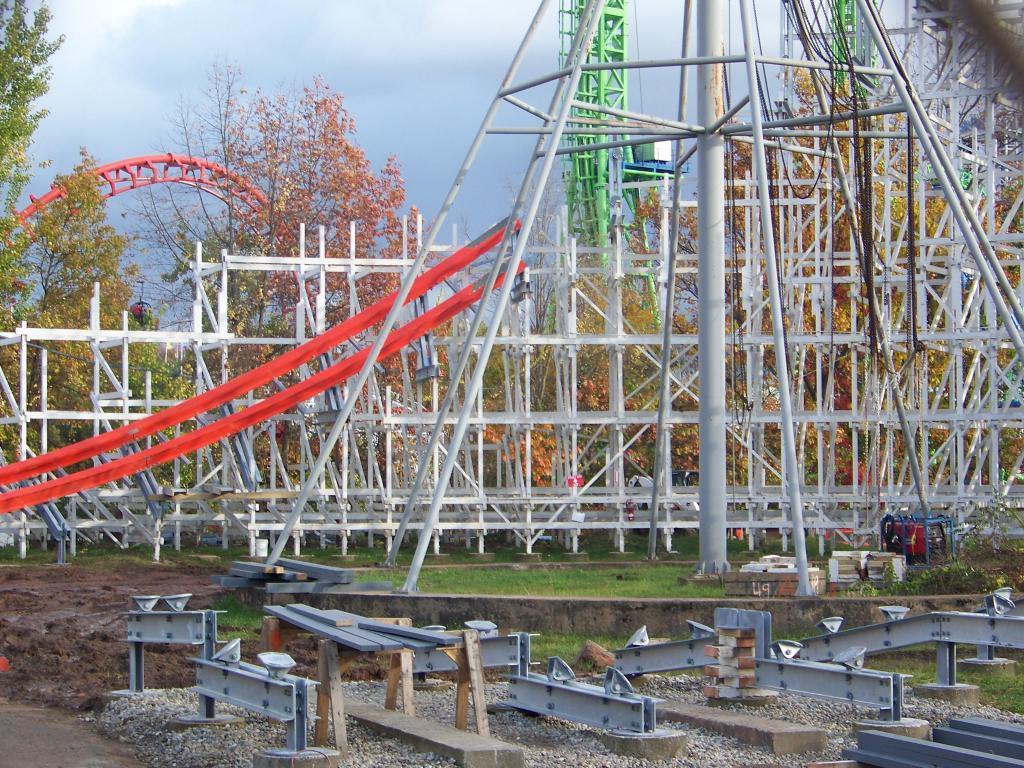 Close up. Here’s another area where it looks like old Cyclone wood is being reused. This time it doesn’t look permanent. I think those pieces are just being used to prop up the steel before it’s secured. 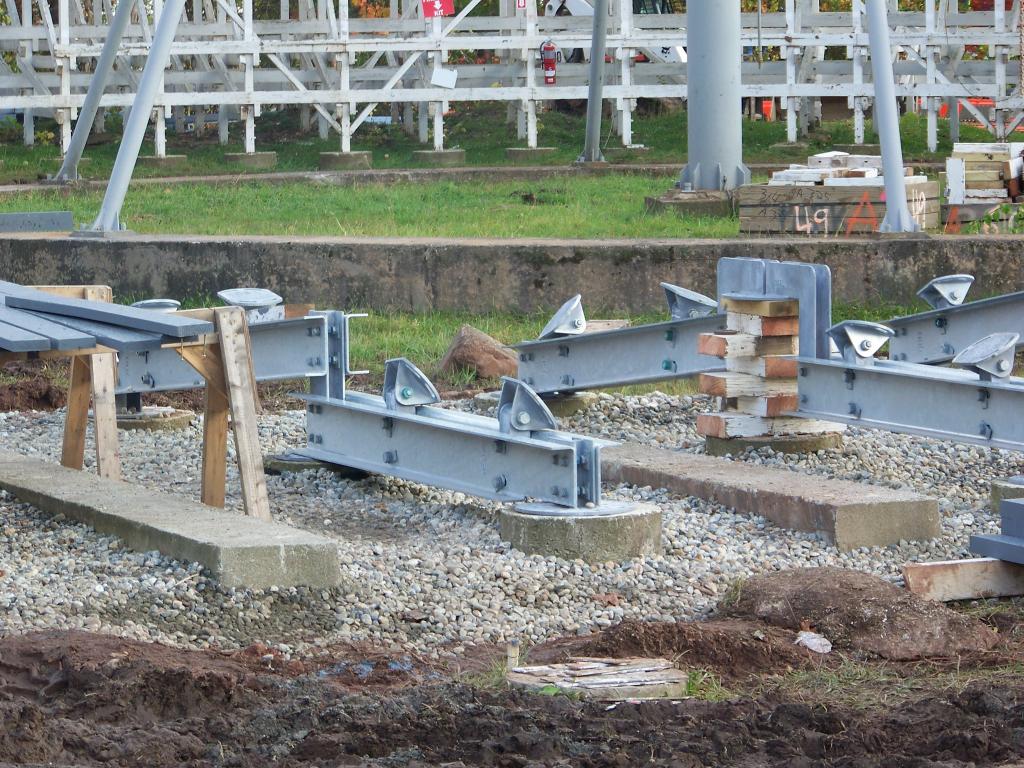 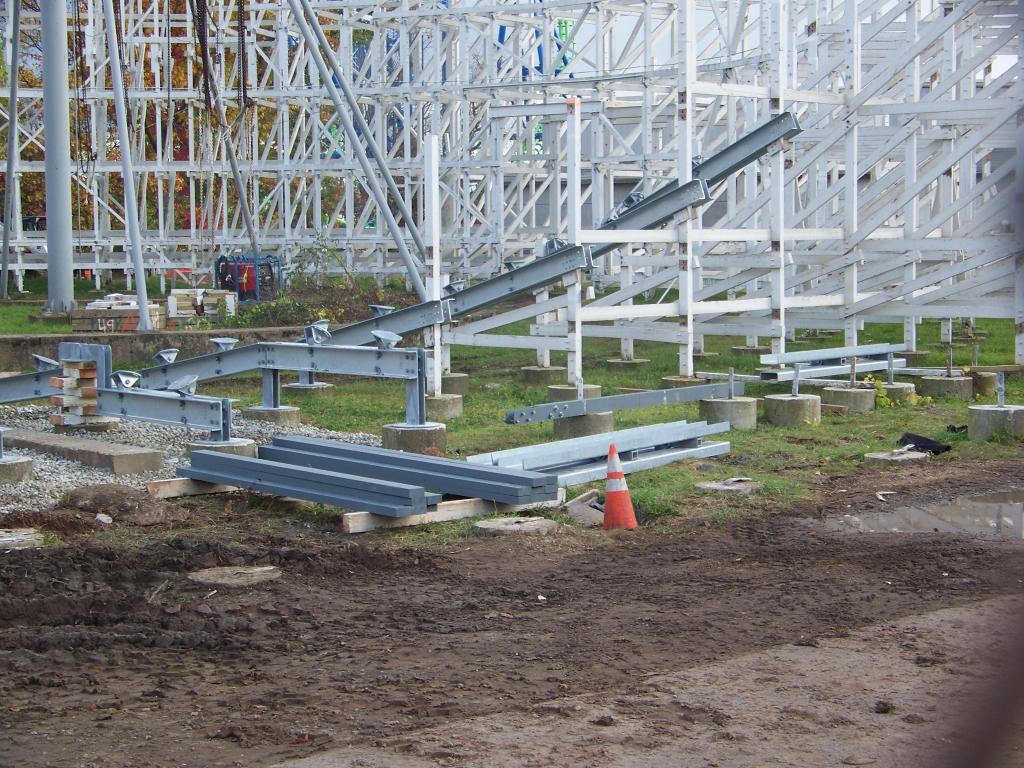 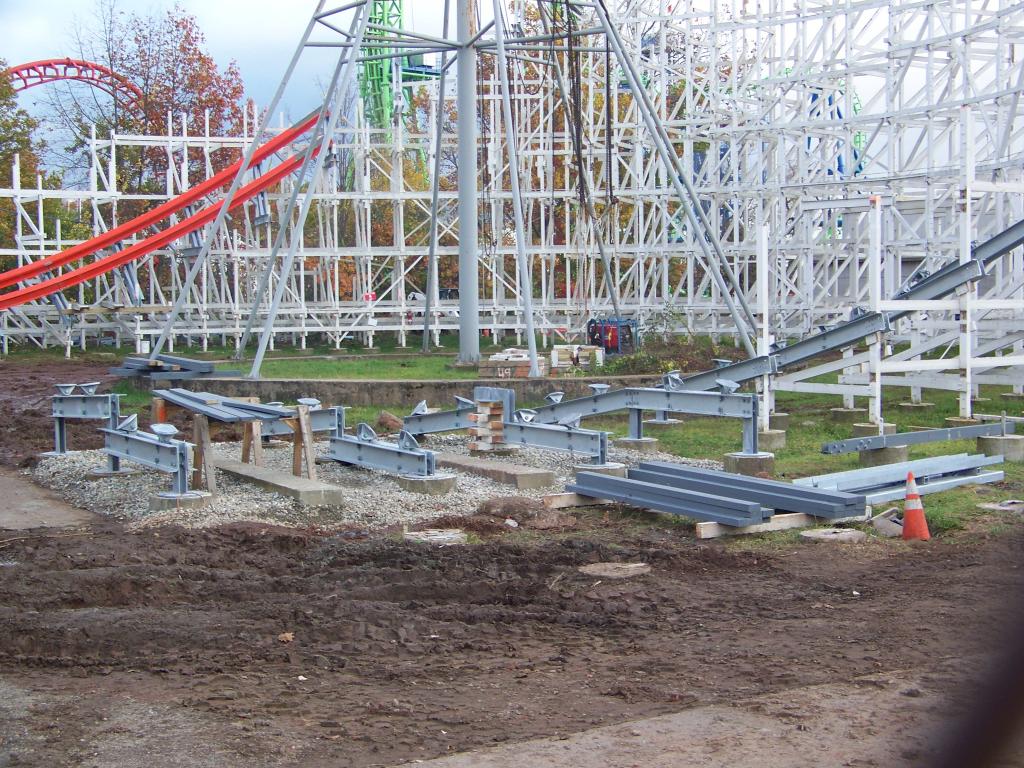 This is where the airtime hump after the double down is going. 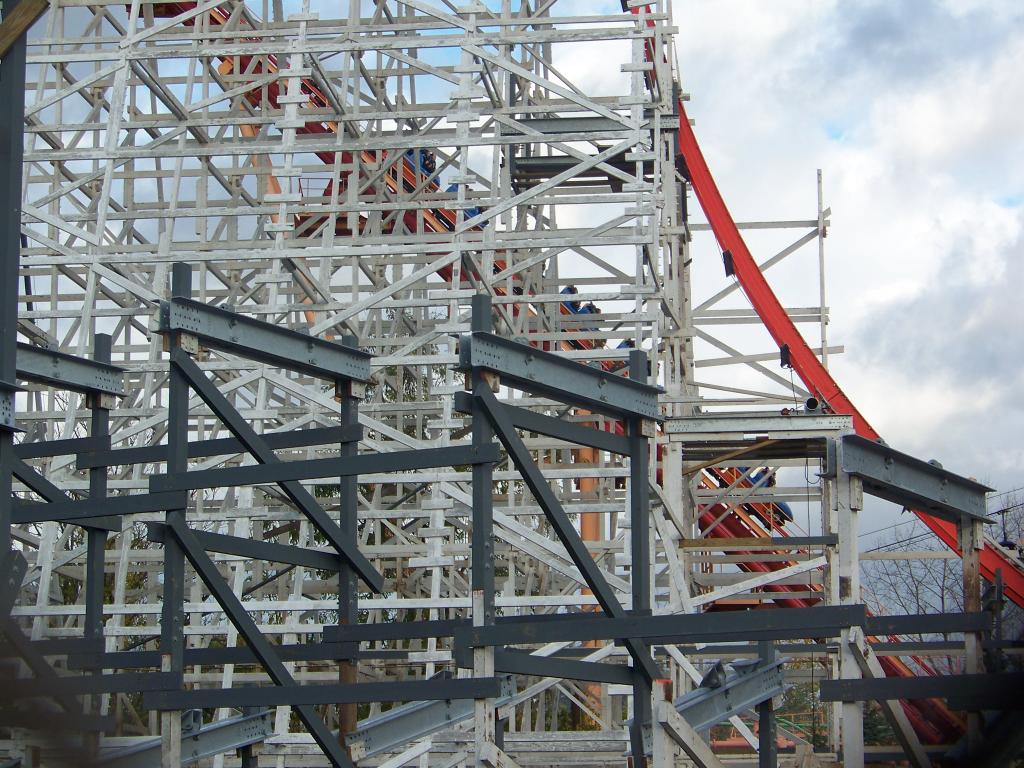 Track has been positioned at the final turnaround. Not sure if this is for that turnaround or if it’s for the over banked turn. 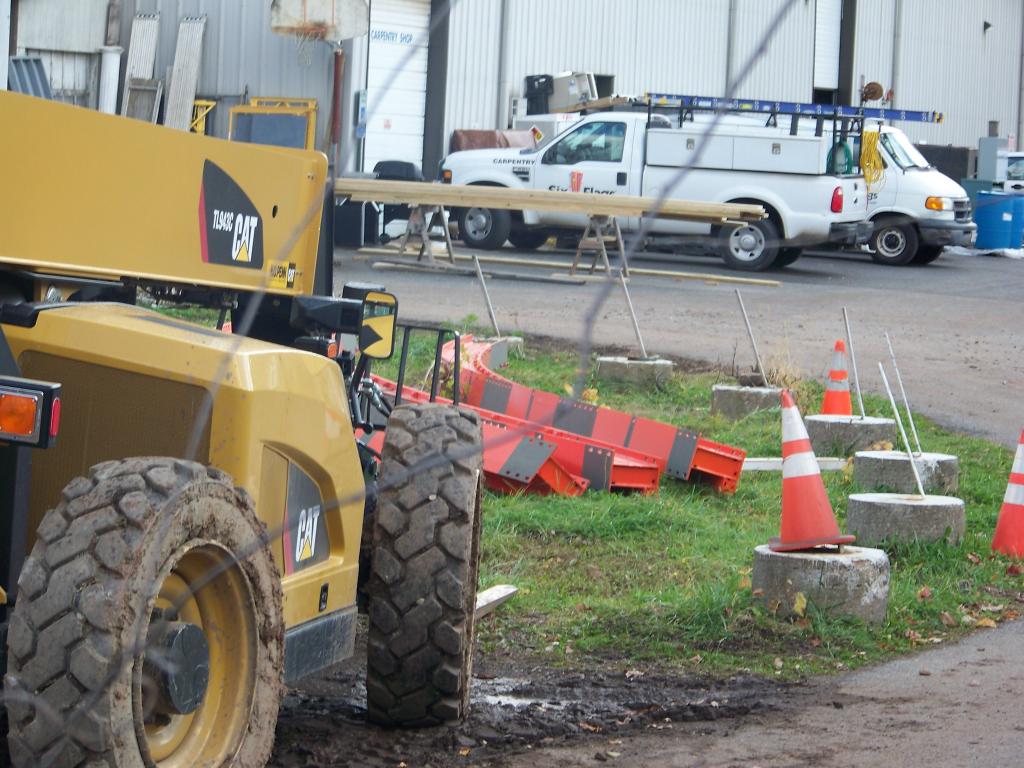 More work was done to the brake run this week as well. More track is also positioned there. 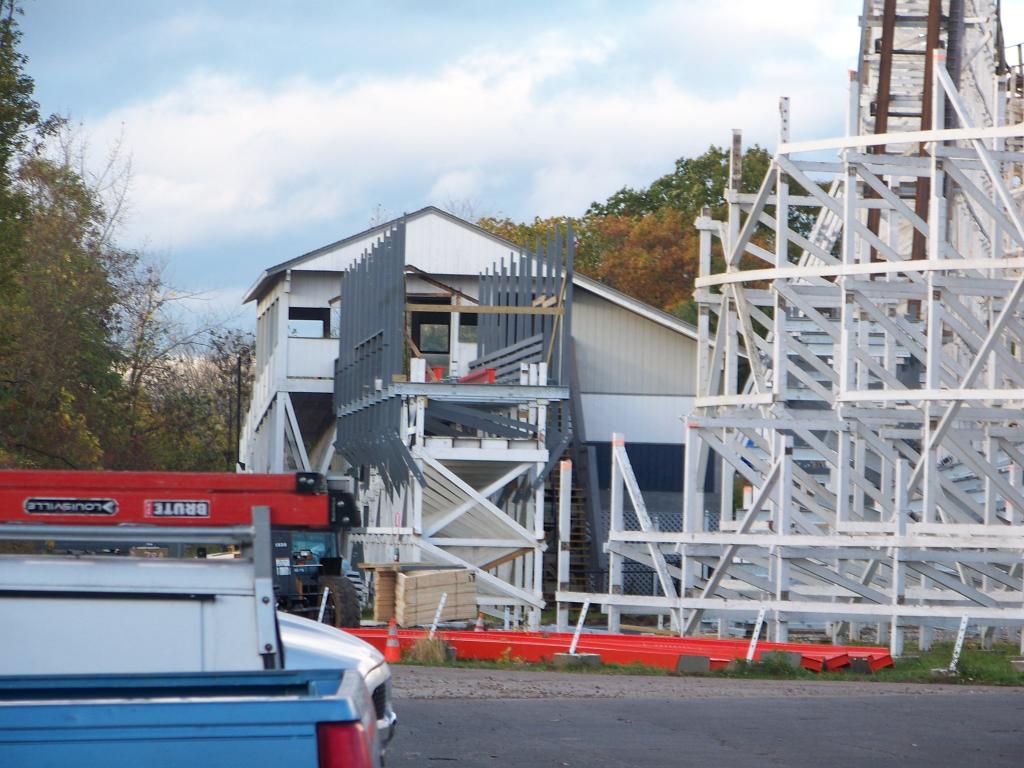 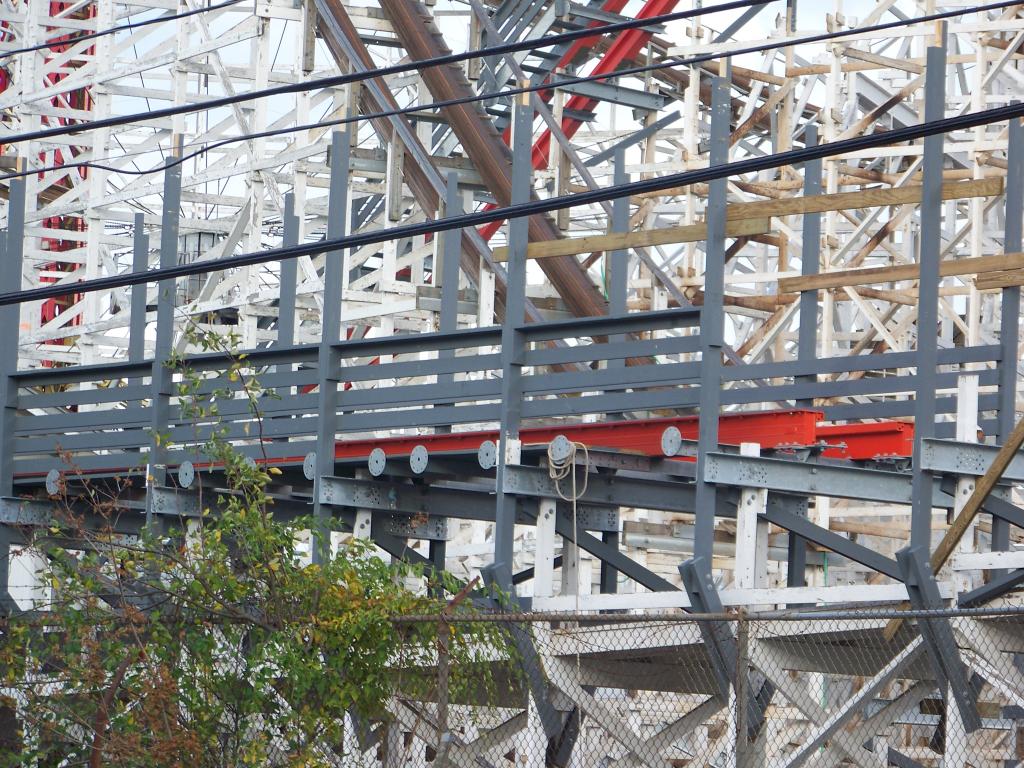 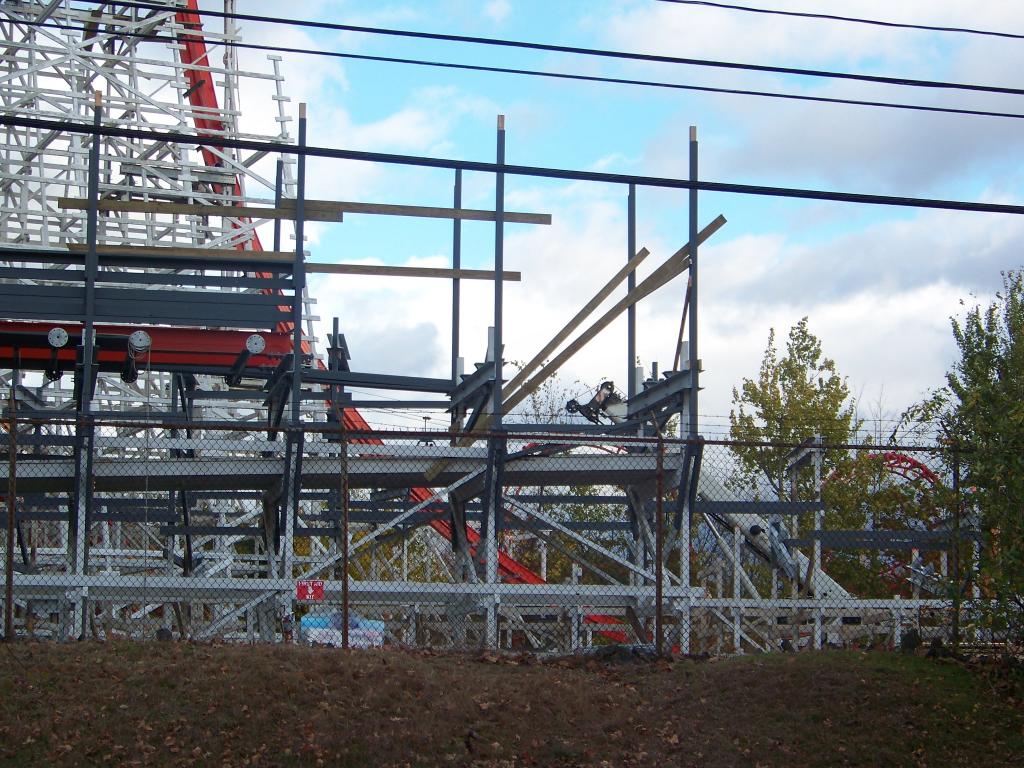 Here is the roofing for the brake run: 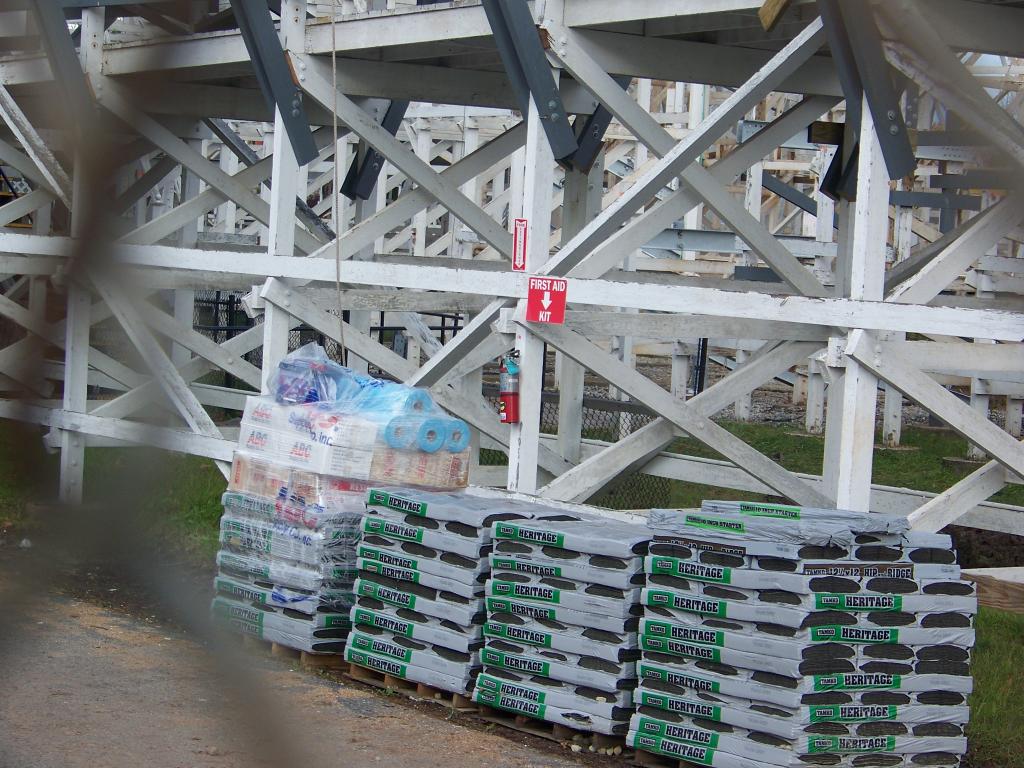 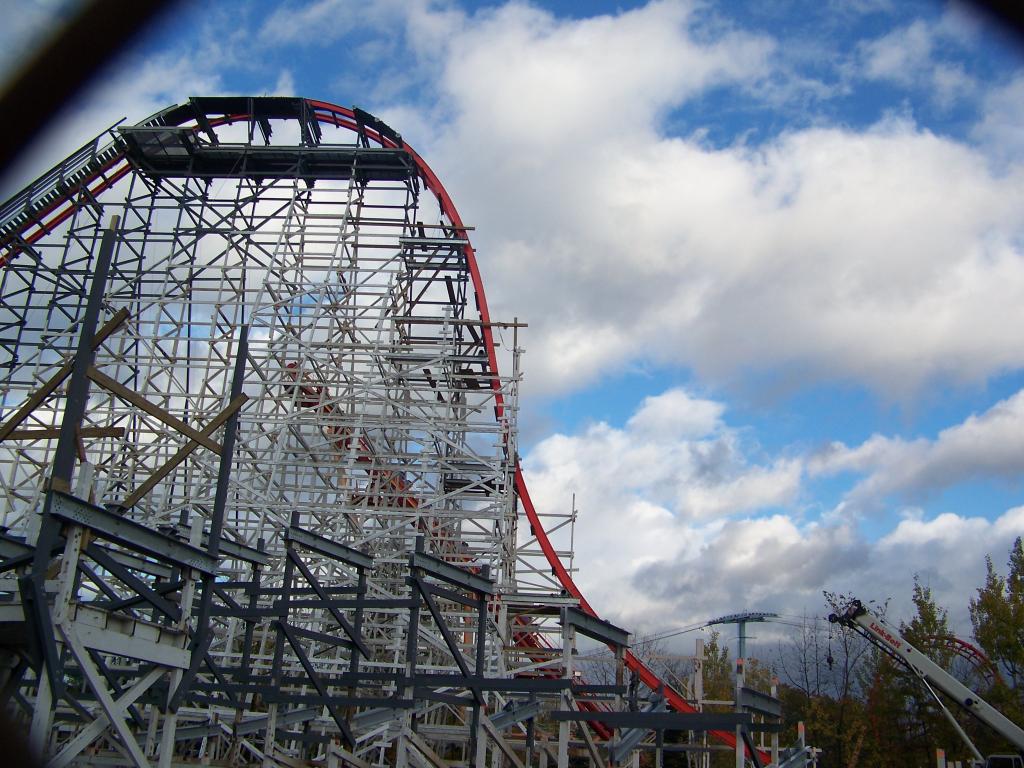 We shot this from the New England Skyway. It would’ve been longer but our memory card died. We’ll try to get a better one this weekend as it is the last time anyone will ever be able to ride the Skyway.

Thanks for reading out thirteenth update. Six Flags New England closes for the season on Sunday, so expect our last weekly update then. From there we are likely going to move into bi-montly updates. Be sure to follow us on Twitter and like us on Facebook to stay up to date on when we post an update.