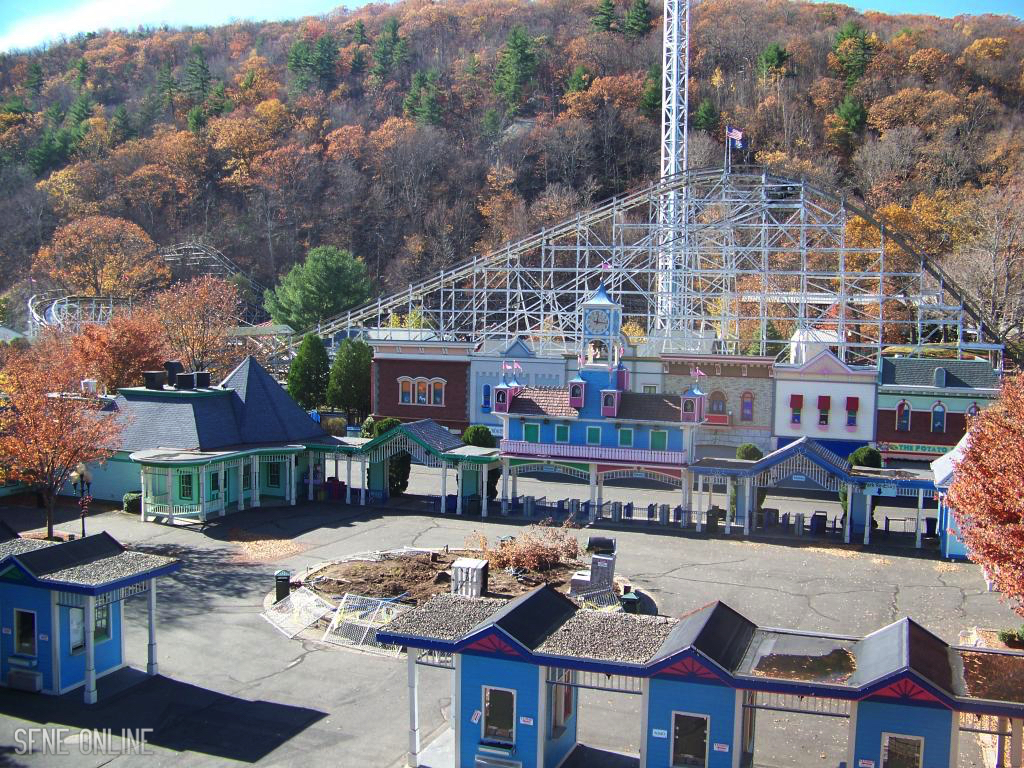 Since we’re done with weekly Wicked Cyclone updates, we thought it would be a good idea to check out what’s going on at Lake Compounce. In addition to their 2015 project, we took some pictures of some off-season prep.

A couple weeks ago they removed one of the stages in the park. This land is being prepared for something and no one is quite sure what the park has up their sleeves. There are several construction vehicles on site. 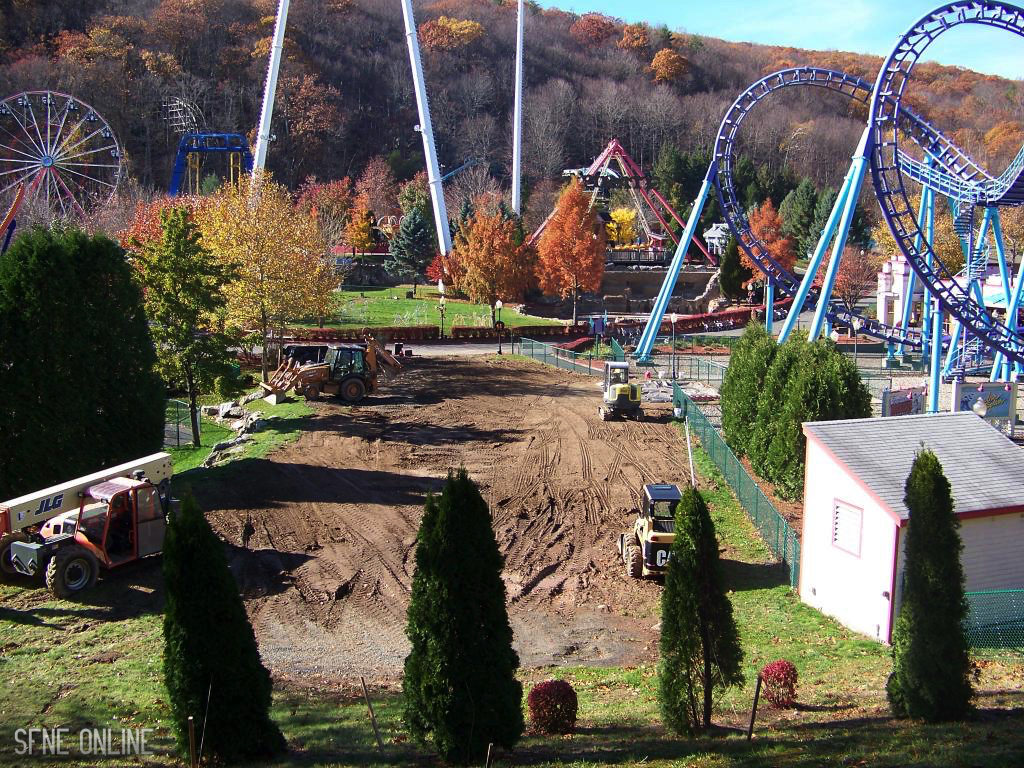 This area next to the queue for Zoomerang is covered up for some reason. 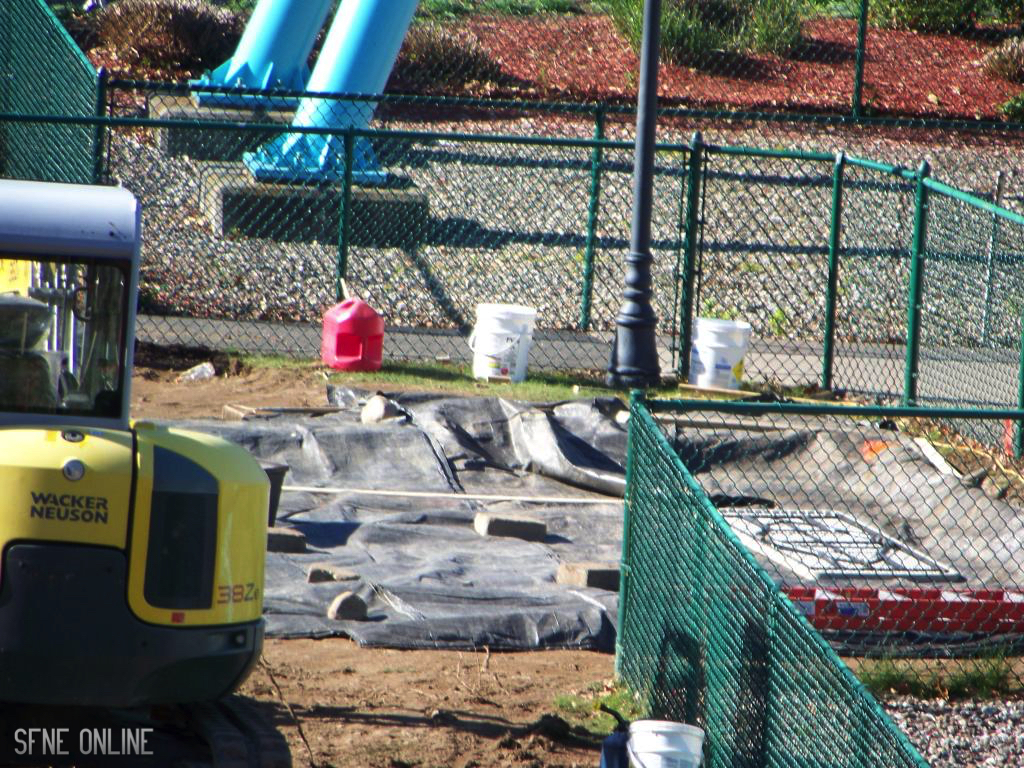 Could they have just poured concrete? We aren’t quite sure. If you have any insight, let us know in the comments. 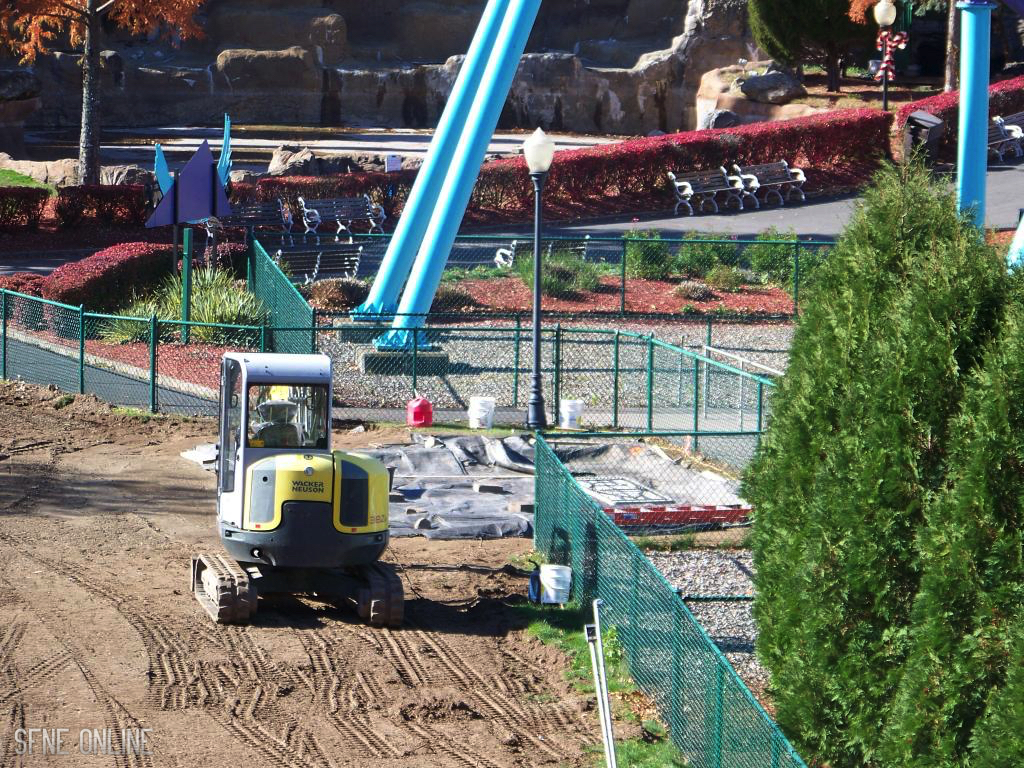 Look closely in the background. There is a substantial amount of paving bricks covered up. 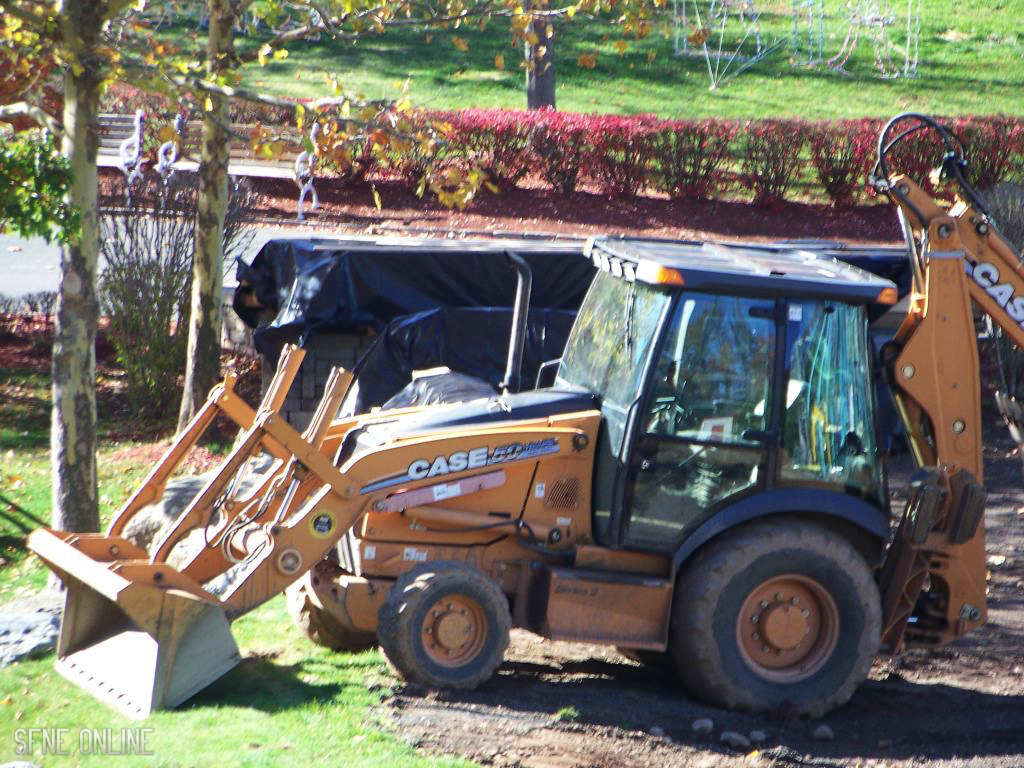 Another overview of the area. 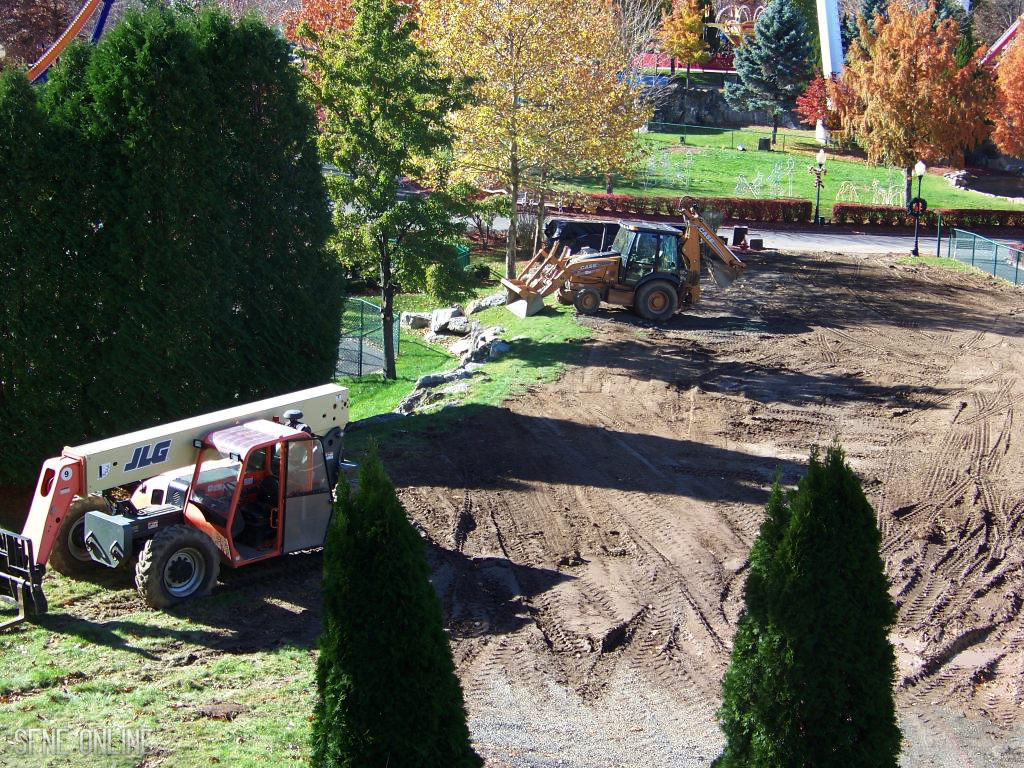 The common speculation right now is that this work is for a new flat ride. Lake Compounce has hinted at something on the bigger side coming next year. In fact, in an interview with The New Britain Herald, Jerry Brick, the park’s General Manager said this:

Next year … expect a special attraction. Brick would not divulge what that will be, but said it will generate a lot of buzz.

We also know that they have been planning a spinning coaster for a long time. That said, it’s highly unlikely that that is coming in 2015. With Pandemonium about an hour away, it probably wouldn’t create that much buzz either. We’re thinking that they are adding a Zamperla Air Race. That could be completely wrong, but who knows. Hopefully there will be an announcement in the coming weeks.

Saw Mill Plunge’s drop is going to be replaced over the off-season. 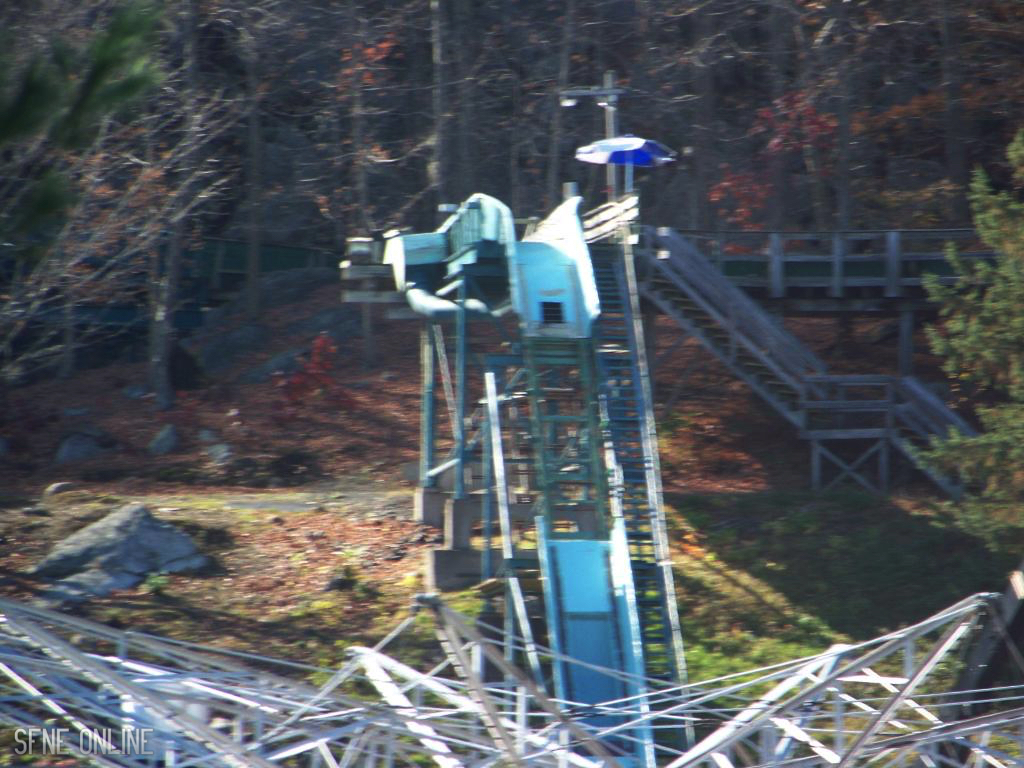 Holiday Lights preparation is now in full swing. The event starts November 28 and runs through December 21! Check the event out if you haven’t before. 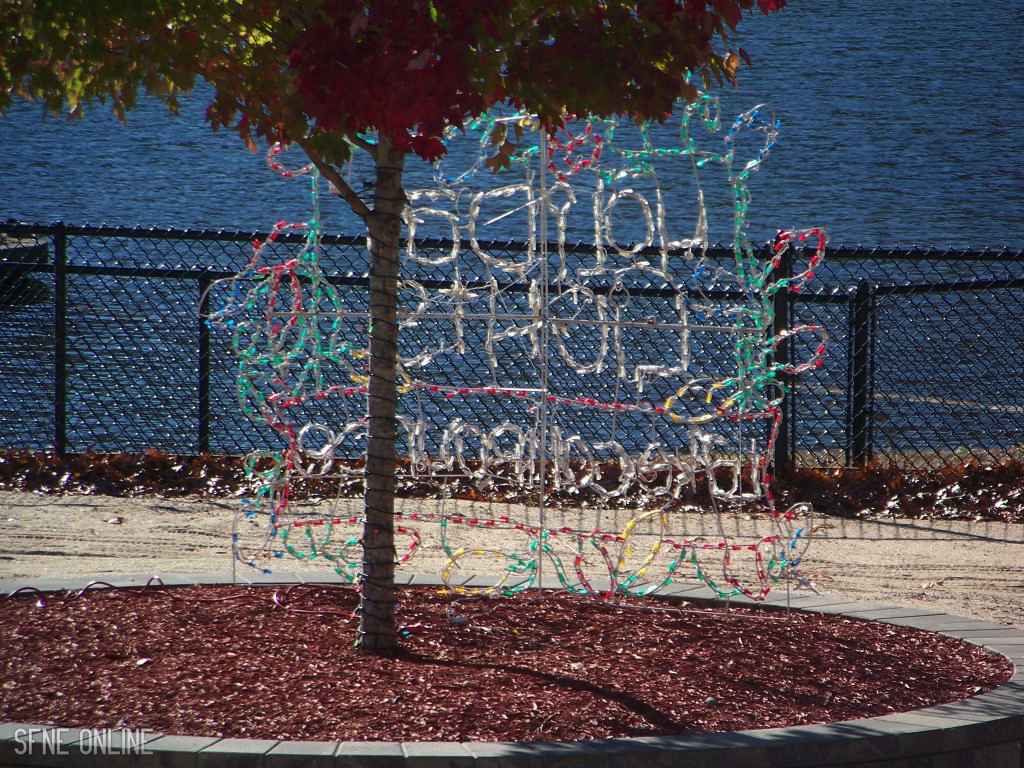 The cabanas have been stripped down. 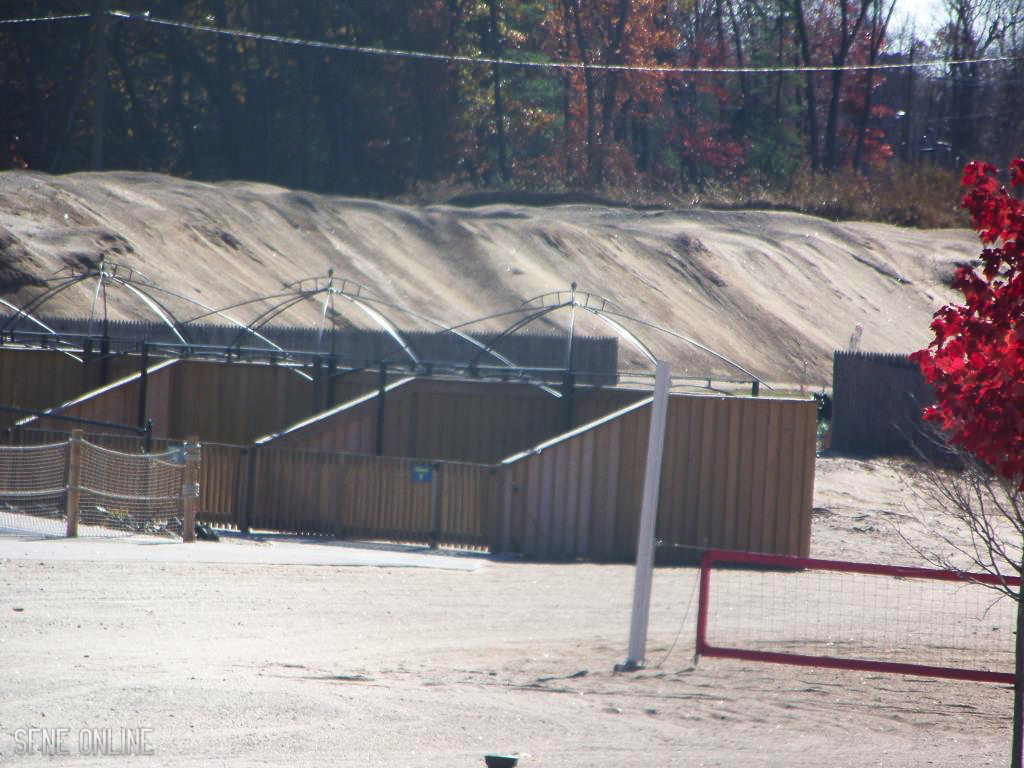 Rides are starting to be packed up for the winter: 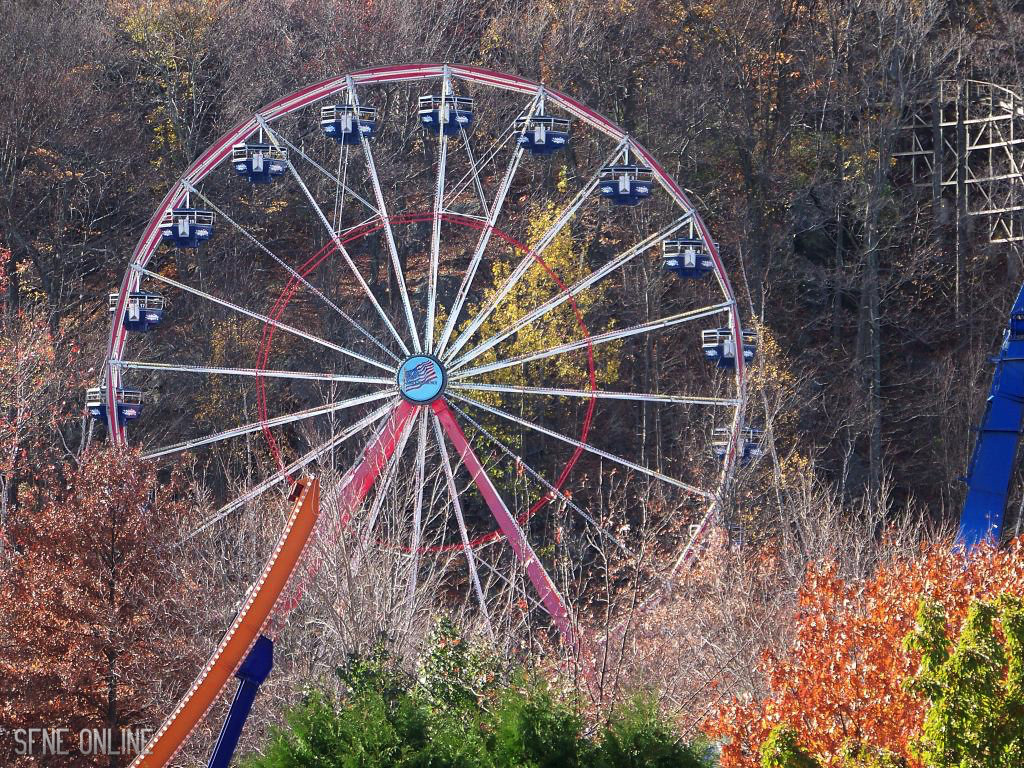 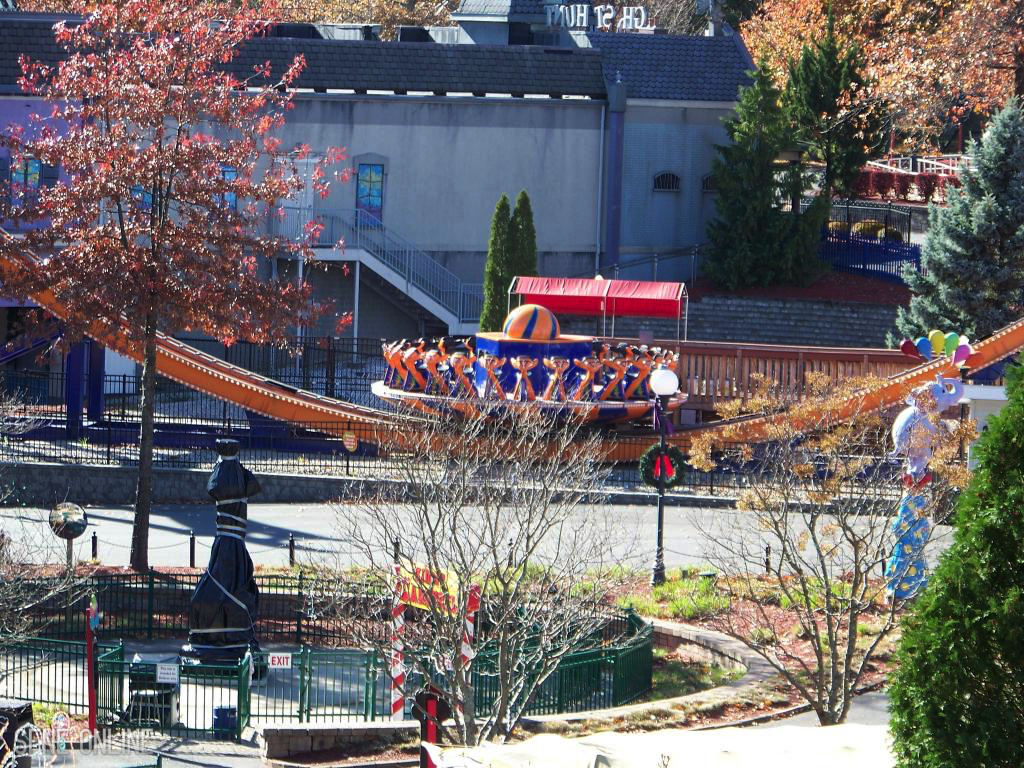 That’s it for this update. We’ll be back soon to check out the progress. Hopefully we hear an announcement towards the end of the month! Based off of these pictures, what do you think Lake Compounce could be doing for 2015? Let us know in the comments.

Be sure to also check back next weekend for our fifteenth Wicked Cyclone construction update!