Well, it’s over. 31 years have come and gone so fast for many enthusiasts. Last Sunday, Cyclone closed at Six Flags New England. 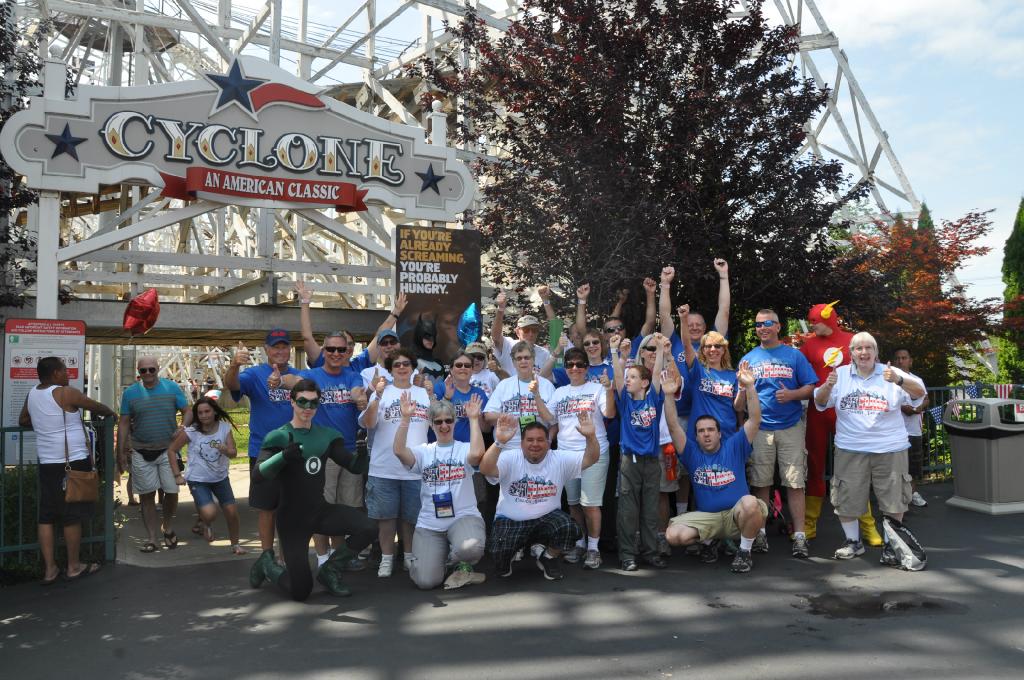 Cyclone gave its last rides on Sunday night. We were there all day for the retirement festivities. I’ll let the pictures do the talking for the rest of this post.

At 12:00 PM we rode Cyclone for the media shoot. The train was full of American Coaster Enthusiast and SFNE Online members. 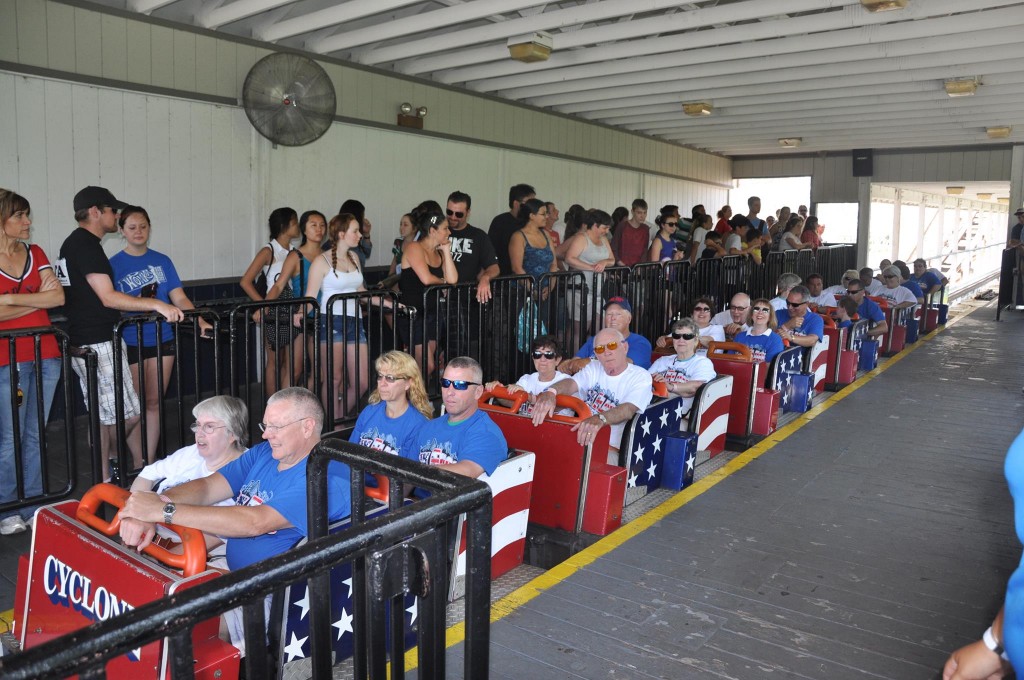 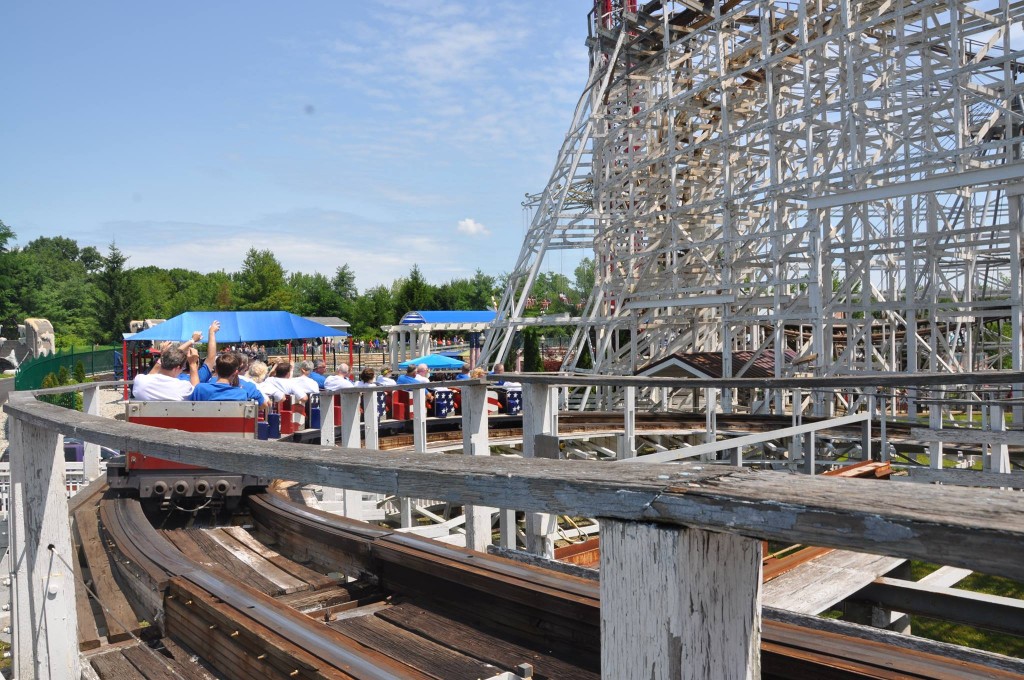 Following the train for the media shoot they had a small ceremony with John Winkler and the mayor of Agawam. They then cut this cake. If you’ve ever had a cake at one of SFNE’s media events you know how tasty they are. 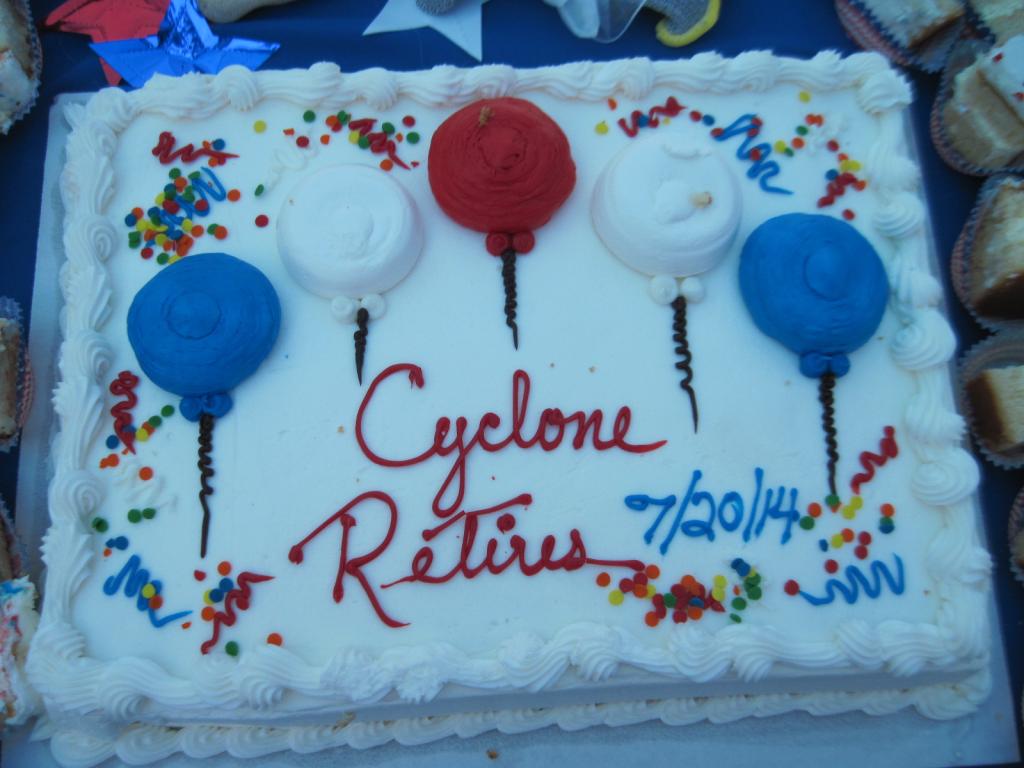 Here’s a quick video of the cake cutting ceremony: 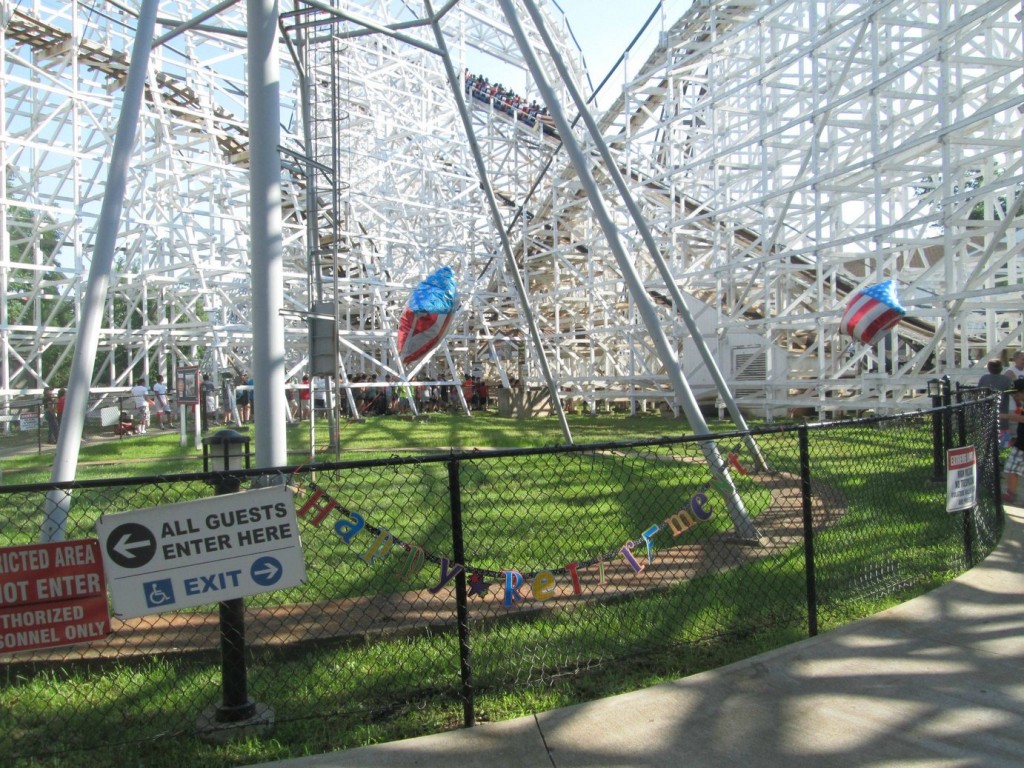 While the following three pictures weren’t taken on Sunday (they were taken on Saturday) I thought I would include them. They were taken by Spencer (aka redsd2121); if you’re a member of our forum you will be familiar with his pictures. 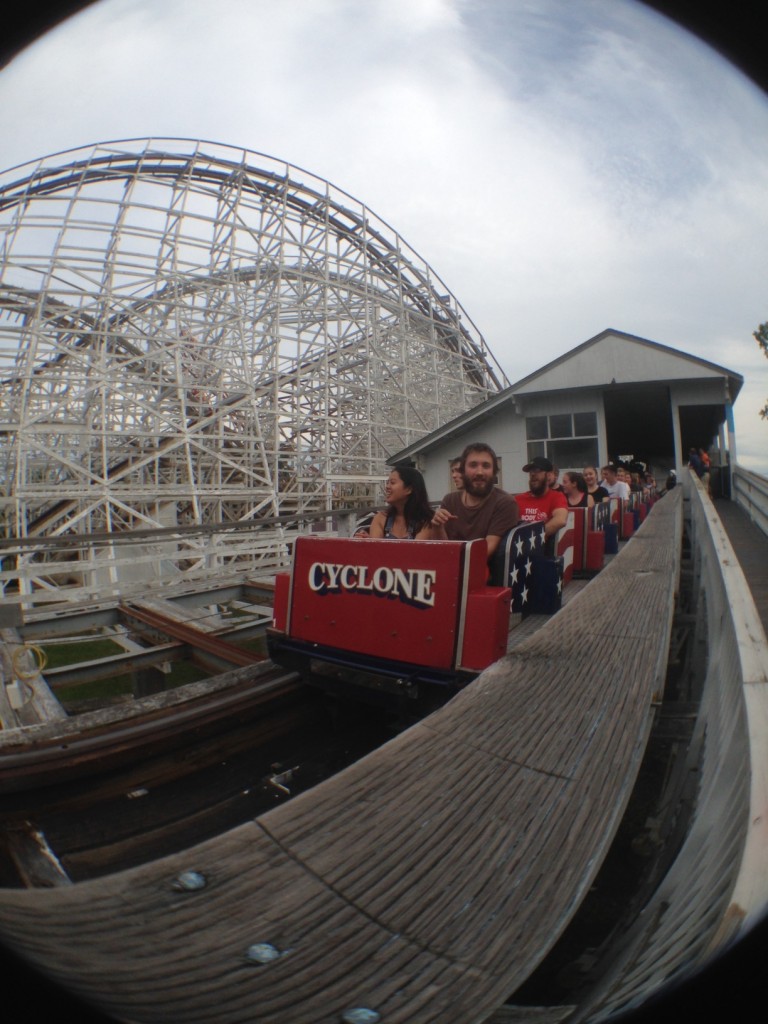 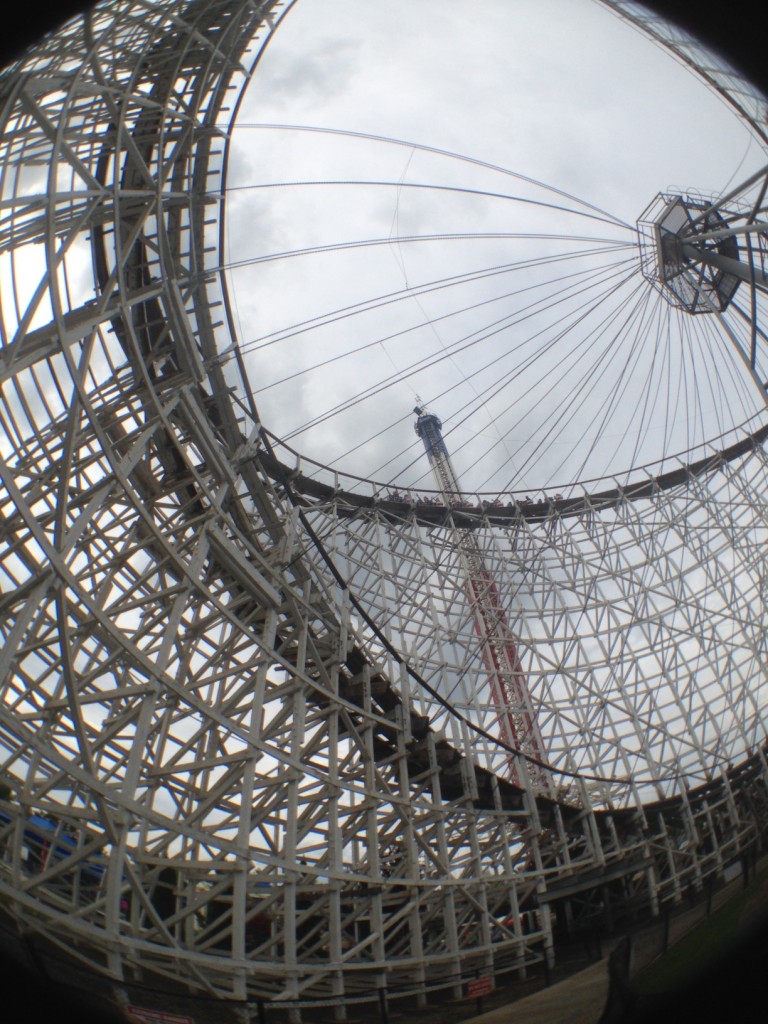 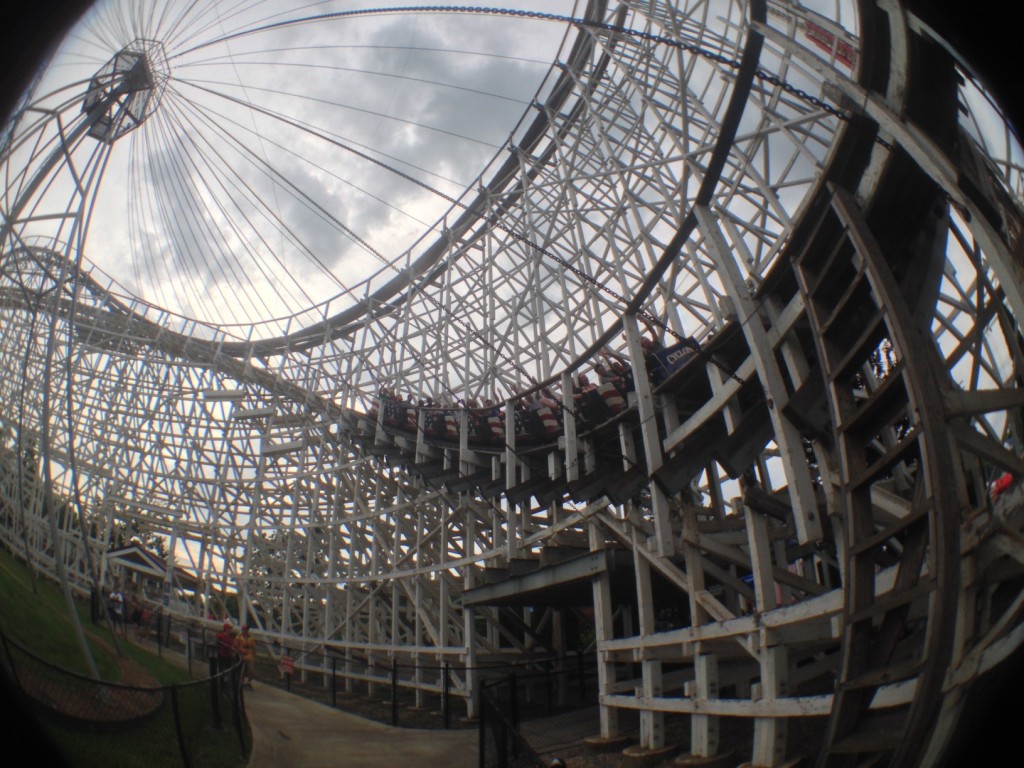 They had this cool photo-op set up all weekend. 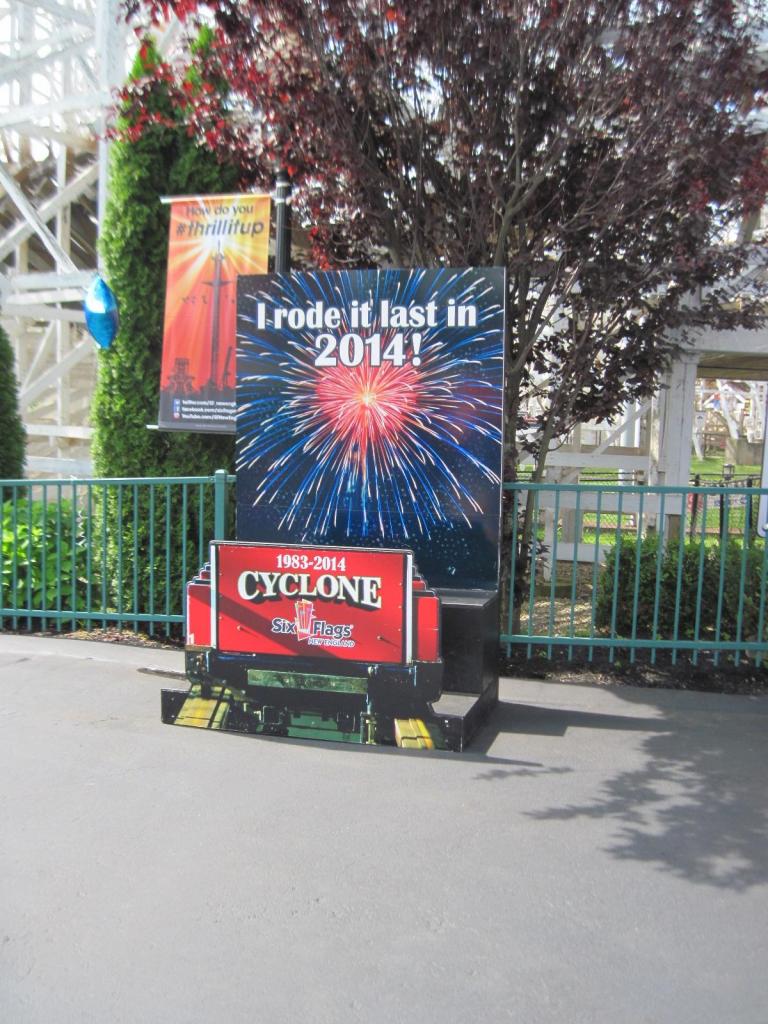 There was season pass holder ERT on Sunday from 9-10 PM. This picture was taken at around 8 PM. If you are familiar with the park you will know how rare it was for Cyclone to ever have a line this long. This line is about 90 minutes long. Towards the end of the night it was out the entrance. I don’t think Cyclone has seen that big of a line since the early 2000s! 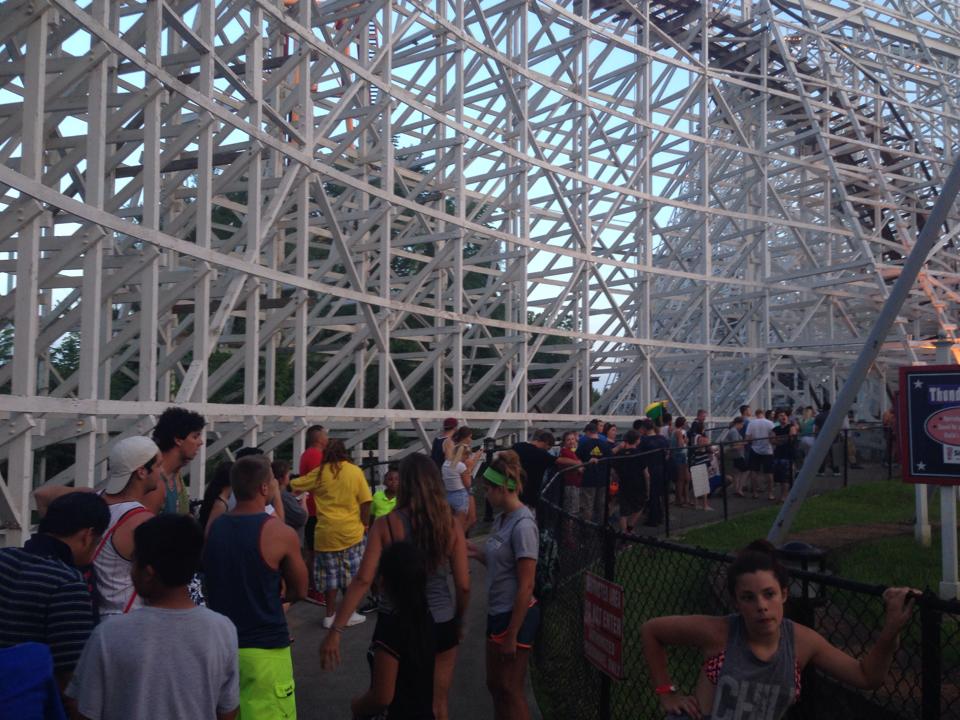 Here are some pictures from the ERT session. ACE members got even more ERT from 10-10:30. The following three pictures were taken by forum member Equinox. 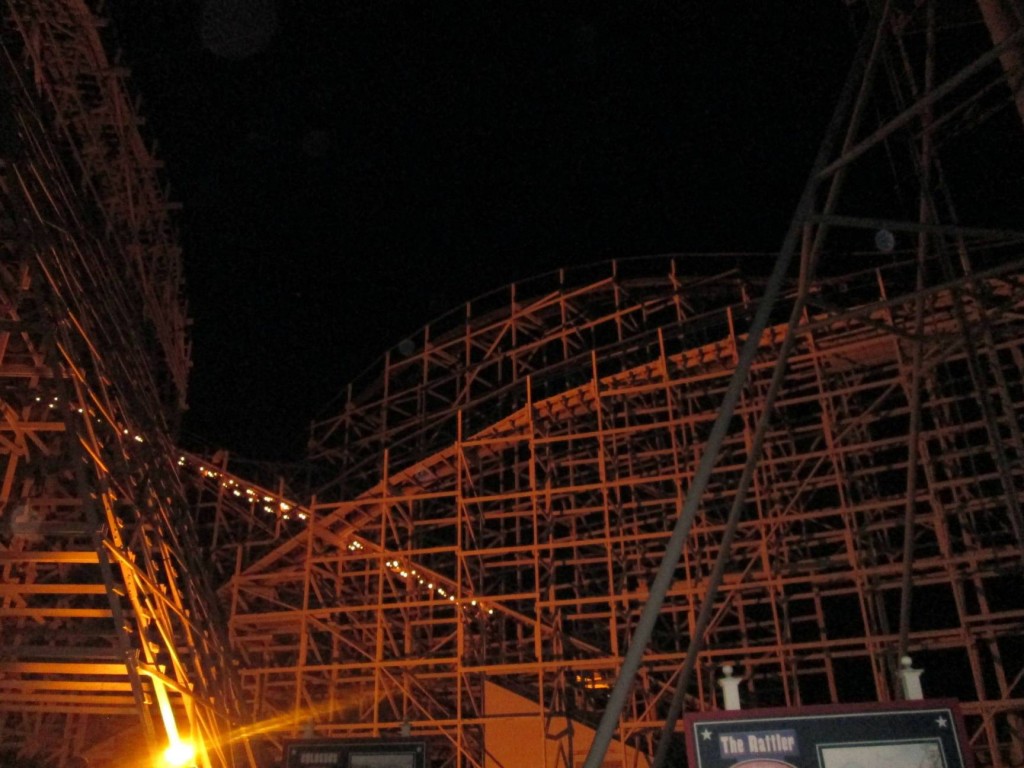 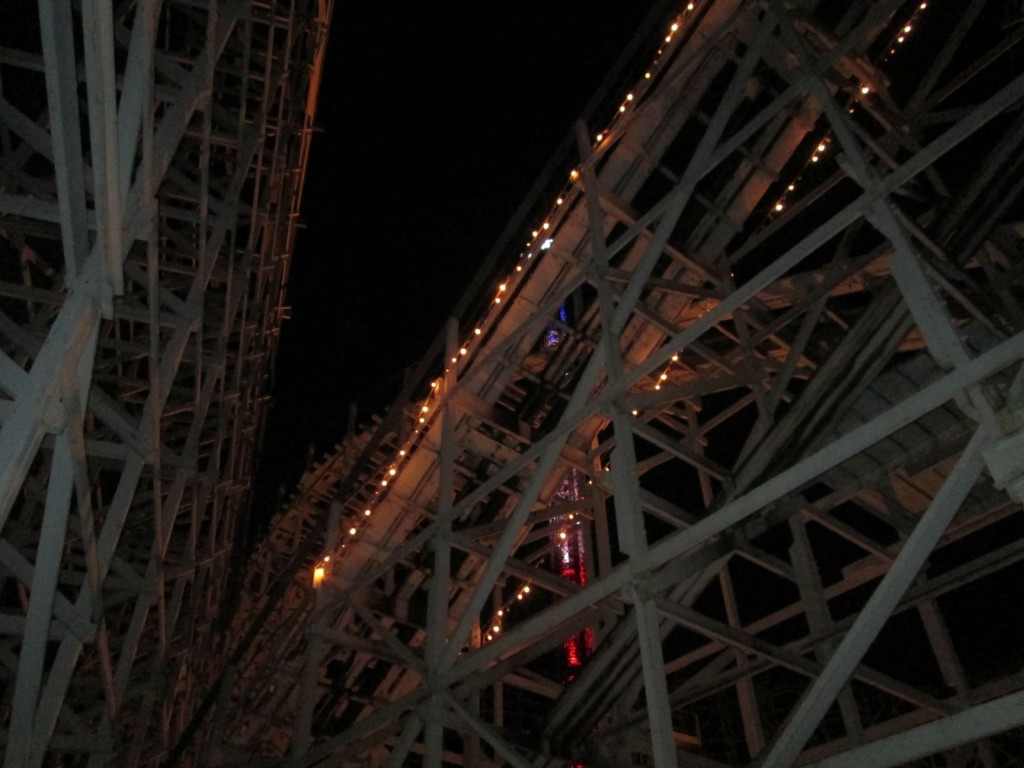 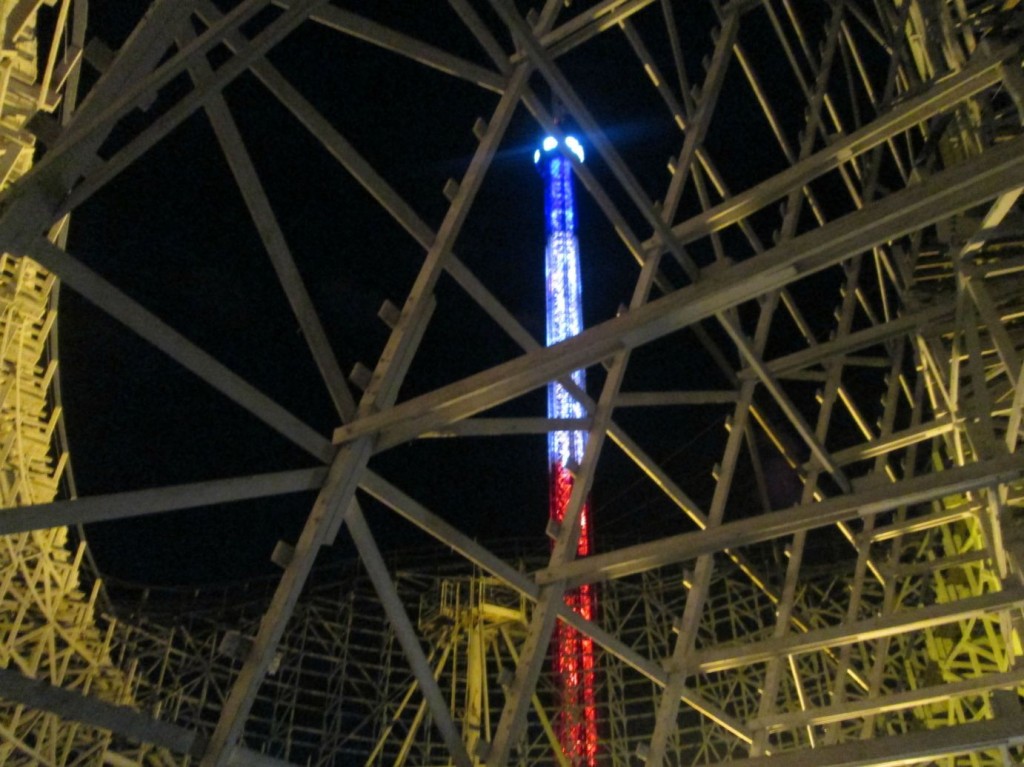 During the ERT they also lit off fireworks. A lot of members of the site got to watch the fireworks as they were riding Cyclone for the last time. Talk about a memorable experience. Six Flags New England definitely sent out Cyclone with a bang! 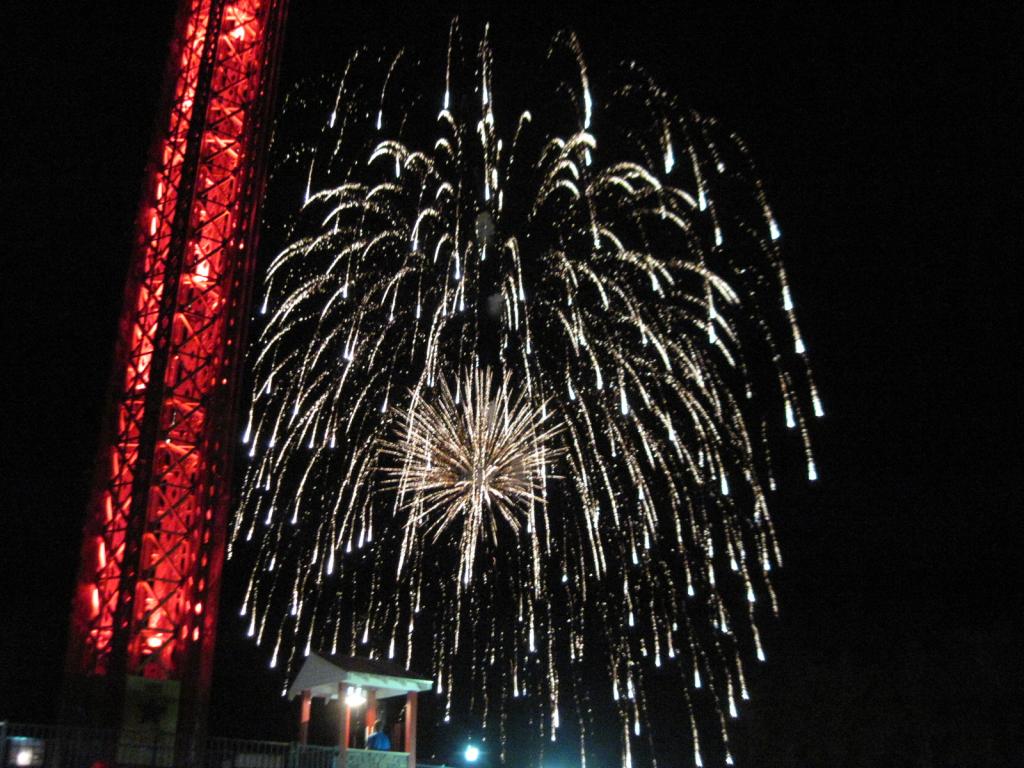 Once the ERT was over they brought all the enthusiasts out to the entrance of Cyclone. They uncovered some construction signs and this sign announcing the Six Flags 2015 announcement date. We will know what’s replacing Cyclone on August 28, 2014 at 7:00 AM. 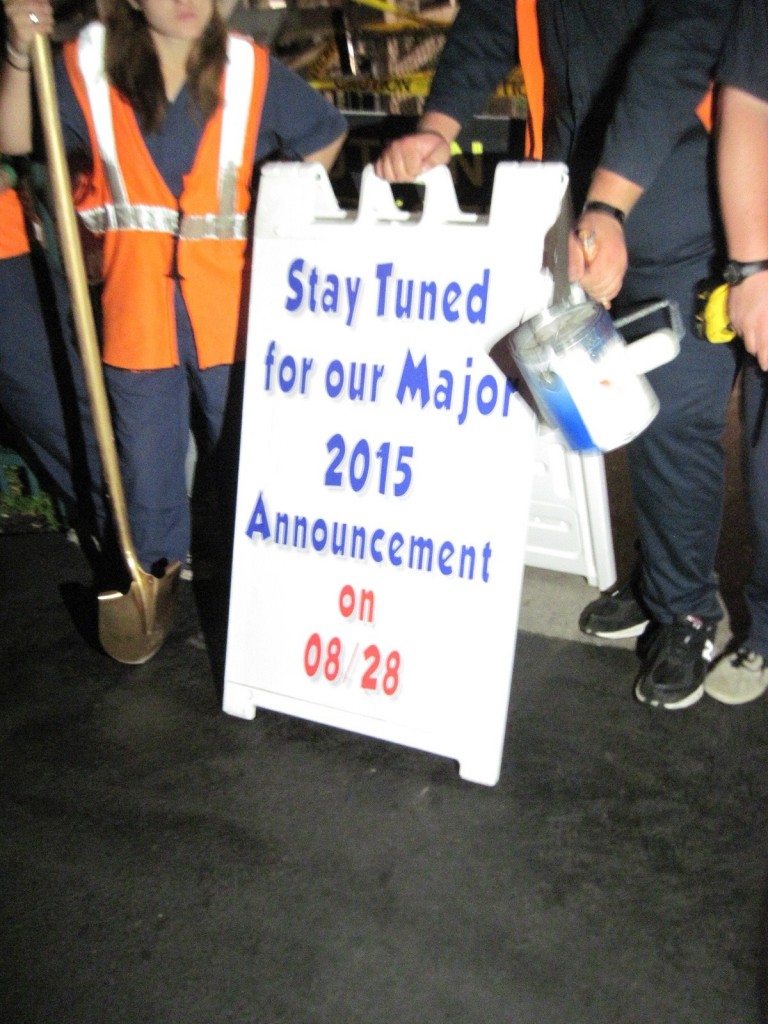 Thanks for the memories Cyclone! While all of us at SFNE Online will miss the coaster we are excited for the future. Share your memories of Cyclone in the comments below! 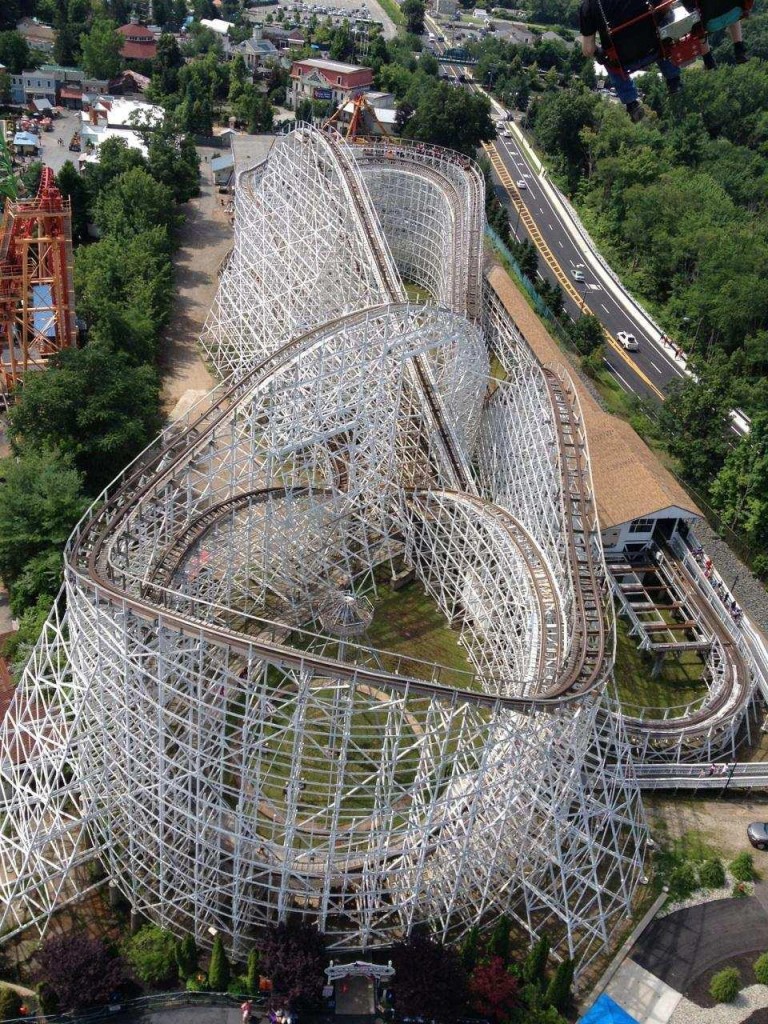 Aerial picture sent to us by Six Flags New England