Jersey Jack Pinball’s – Pirates Of The Caribbean at IAAPA

Jersey Jack Pinball recently announced Pirates Of The Caribbean as their next tittle, which will be coming out March of 2018 ! 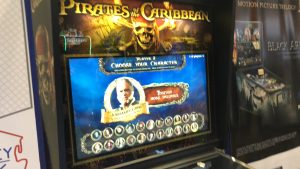 I met Jack back in July at the New England Pinball Show – Pintastic according to the reviews over at Unplugged Gaming , after I had purchased a ” Dialed In ” Pinball Machine there ! When I found out Pirates was going to be at IAAPA, I was really excited to give it a try and see what they would do with a Pirates Of The Caribbean theme ! Pinball enthusiasts know Stern Pinball put one out years ago, so the verdict was still out on is it good, is it better or is it worse then Sterns!  I love my Stern Pirates of The Caribbean Pinball Machine , its really a great game ! 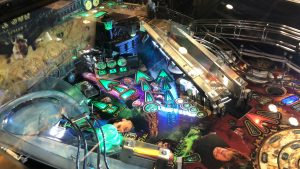 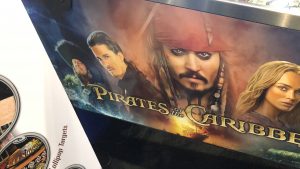 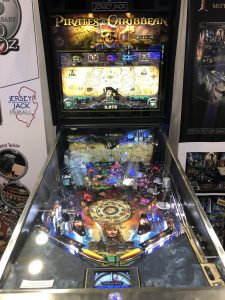 When I went to the Jersey Jack Booth at IAAPA and saw Jack I was actually surprised he remembered me . 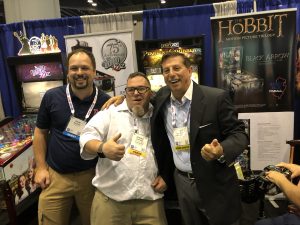 He must me thousands of people all the time ! He was busting my chops saying  ” I’ll have a Pirates for ya at Pintastic for you to buy ” He is probably right because I think I’m going to buy one next year !  The game play on the game is great, flows really awesome and is a lot of fun! It wasn’t complete code as they are still working on it, but it is beautiful and still really fun to play at its current status ! If you can play a Pirates of The Caribbean Pinball Machine , I highly suggest taking it for a spin and check it out ! The build Quality on Jersey Jack’s Machines are top quality and build rugged ! Its flashy and beautiful to look at, of course its really fun to play !  This game gets my stamp of approval and will happily join my line up next year !!

Check out some video game play below!